It is not difficult to see why the economy may not respond strongly to the latest stimulus law.

The strong economic recovery came to a surprising halt amid the federal government reporting only 266,000 new net jobs created in April. Axios adds that “forecasters had floated gains close to 1 million, making this the biggest miss, relative to expectations, in decades.” And that is not the only bad news: March’s booming 916,000 net jobs gain was also revised down to 770,000.

The unemployment rate that was projected by the Congressional Budget Office to continue falling toward 5.3 percent by the end of the year instead nudged up from 6.0 to 6.1 percent.

Notably, that CBO forecast of a strong labor-market recovery was released even before President Biden signed the latest $1.9 trillion “stimulus” bill into law on March 11. Advocates promised that adding this budget-busting legislation – with its relief checks, state- and local-government bailouts, school-renovation grants, and unemployment-bonus checks – would accelerate the recovery and drive down joblessness even faster than the CBO forecast. While it’s still early, the latest jobs figures suggest that the post-stimulus recovery is instead slowing down.

Yet the immediate response from House speaker Nancy Pelosi was that “the evidence is clear that the economy demands urgent action.” What more “urgent action” could Congress possibly impose on the economy? In the past year, it has enacted $5.4 trillion in pandemic-relief legislation – totaling roughly one-quarter of the national debt. The Federal Reserve has reduced interest rates to nearly zero and added $3.7 trillion to its balance sheet. The typical family of four has received $11,400 in relief checks despite not losing any income. Overall, Washington has shot a 25-percent-of-GDP bazooka at the economy that exceeds even its response to the Great Depression. If the economy is still underperforming, the problem is obviously not a lack of congressional meddling.

Pelosi’s comments are reflective of the “heads I win, tails you lose” arguments often employed by advocates of massive fiscal stimulus. When Congress spends trillions and the economy responds positively, they credit the stimulus spending and claim that we should have done even more. When Congress spends trillions and the economy does not respond, the same advocates assert that the stimulus spending must have been too small, and Congress should double down on spending and debt. In this framework, the case for stimulus spending is non-falsifiable. Every possible economic outcome is considered proof that stimulus works.

A similar thing happened during the 2008–2009 “Great Recession.” President Obama’s $800 billion stimulus bill did not end the recession – the economy was already out of recession by the summer of 2009, before more than a small fraction of the law had even been implemented. Nor is there strong evidence that these expensive initiatives notably aided the recovery. Despite $2 trillion in stimulus costs (including subsequent legislation through 2013), the recovery saw the economy grow at just half the annual rates projected by the White House and the Congressional Budget Office. In fact, the recovery performed even weaker than the White House and CBO’s “zero-stimulus” projections.

White House economists predicted in early 2009 that enacting the stimulus would raise total employment by 3.3 million over current levels by the fall of 2010 – versus a decline of 0.4 million without the legislation. The bill was enacted, and actual employment declined by an additional 3 million over that period. The stimulus didn’t cause the further jobs decline, but there is little evidence it slowed the decline either.

In short, the last time Washington engaged in trillions of dollars in stimulus spending, the economy missed every White House and CBO benchmark by a wide margin – and performed even worse than the “zero-stimulus” projection. The $2 trillion in total stimulus – using a commonly asserted multiplier of 1.5 – should have created a $3 trillion burst of economic activity and overheated the economy. Instead, this spending purchased only more debt and the weakest economic recovery since the Great Depression. And yet the dominant liberal narrative today is that the 2009–2013 economy was doomed by insufficientlevels of stimulus. This narrative drove much of the liberal enthusiasm for responding to the current recession with a staggering $5.4 trillion (and counting) in spending and debt, little of which was directly related to public health.

Evidently, the failure of stimulus proves only that we need more stimulus.

In reality, it is not difficult to see why the economy may not respond strongly to the latest stimulus law. Rebate checks have been largely saved. Schools are not expected to spend their renovation grants until the mid to late 2020s. State and local governments were sent $350 billion in bailout funds despite no longerhaving large budget deficits to close. Even liberal economists criticized the bill as excessive and ineffective, not that congressional spenders were paying much attention to their critics.

Most crucially, the $300 weekly federal-unemployment-benefit bonus combines with state benefits (averaging $387 per week) to equal $687, or the equivalent of roughly $17 per hour – which exceeds the wages that a large share of unemployed workers had been earning in their previous jobs. Even left-wing economist Paul Krugman wrote in his textbook that “if unemployment becomes more attractive because of the unemployment benefit, some unemployed workers may no longer try to find a job, or may not try to find one as quickly as they would without the benefit.”

This was not necessarily a problem at the peak of the pandemic, when public-health experts wanted unemployed workers of certain industries to stay home. But paying people more to stay home becomes a large problem when the economy begins reopening and “help wanted” signs go ignored. The economy has roughly 7 million job openings (as of late February), and yet total employment rose by just 266,000 last month. America is still down 7.6 millionjobs during the recession, and part of the problem is that the labor-force-participation rate has recovered just half of its pandemic-driven decline.

We should expect President Biden and congressional Democrats to assert that the softening economy is even more reason to pass the President’s $4 trillion infrastructure package. However, economists on the left and right broadly agree that infrastructure spending is totally ineffective as short-term stimulus given its glacially slow spend-out rates. And economists from the Tax Foundation to Penn’s Wharton School broadly agree that the infrastructure proposals’ $3 trillion in accompanying taxes are so destructive that the combined effect of the bill would be to reduce long-term economic growth, jobs, and wages.

No matter. When the economy responds poorly to that budget-busting initiative, advocates will tell us again that it must have been too small. 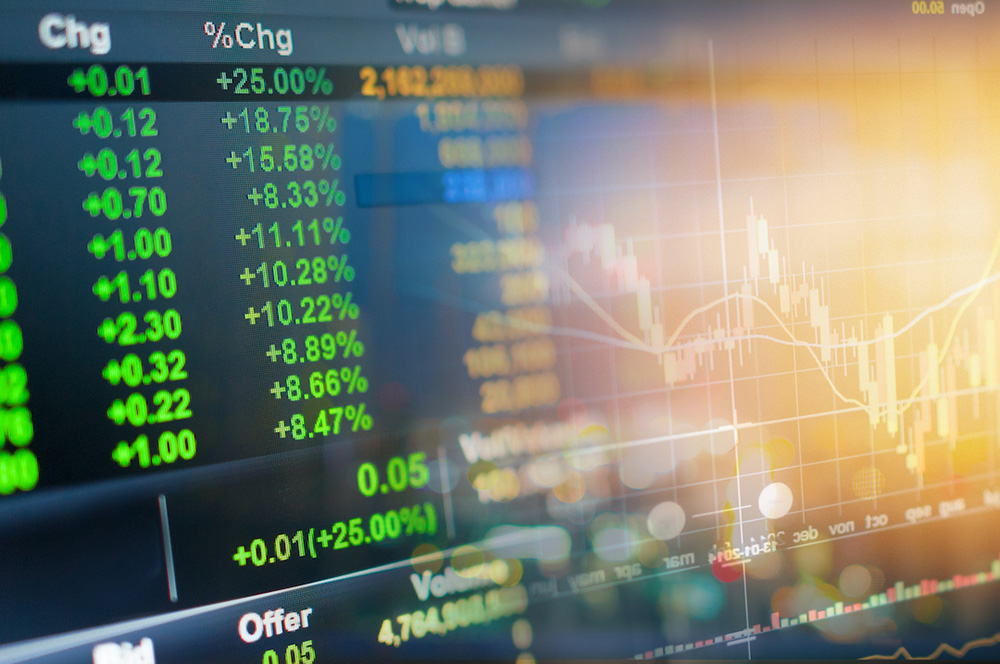 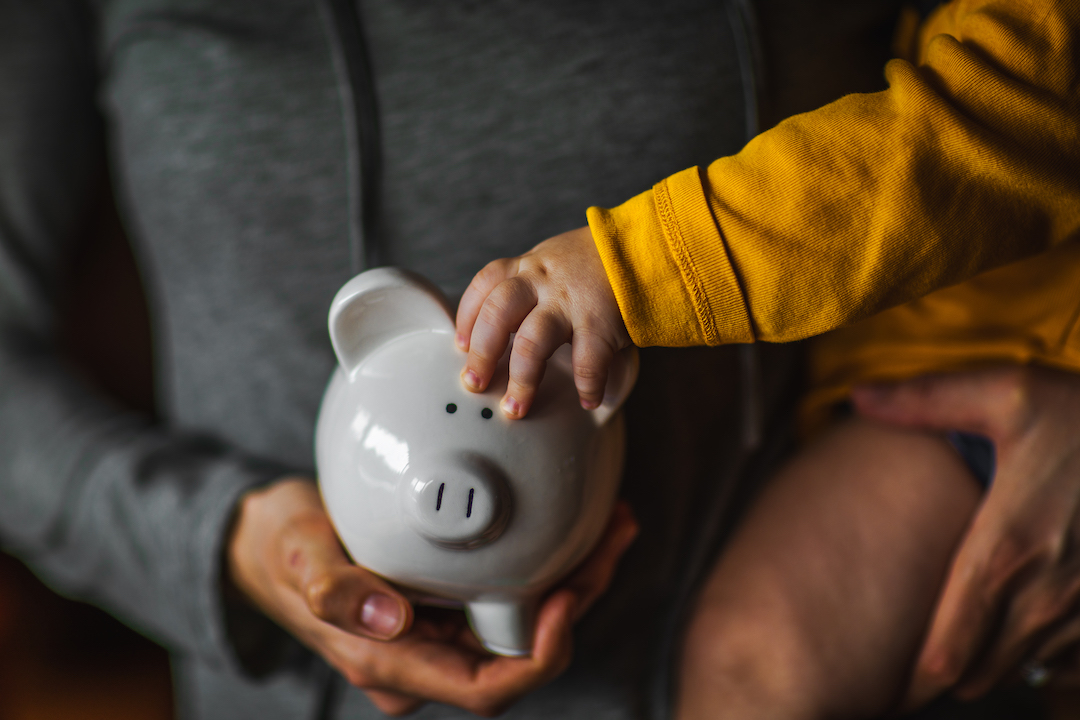 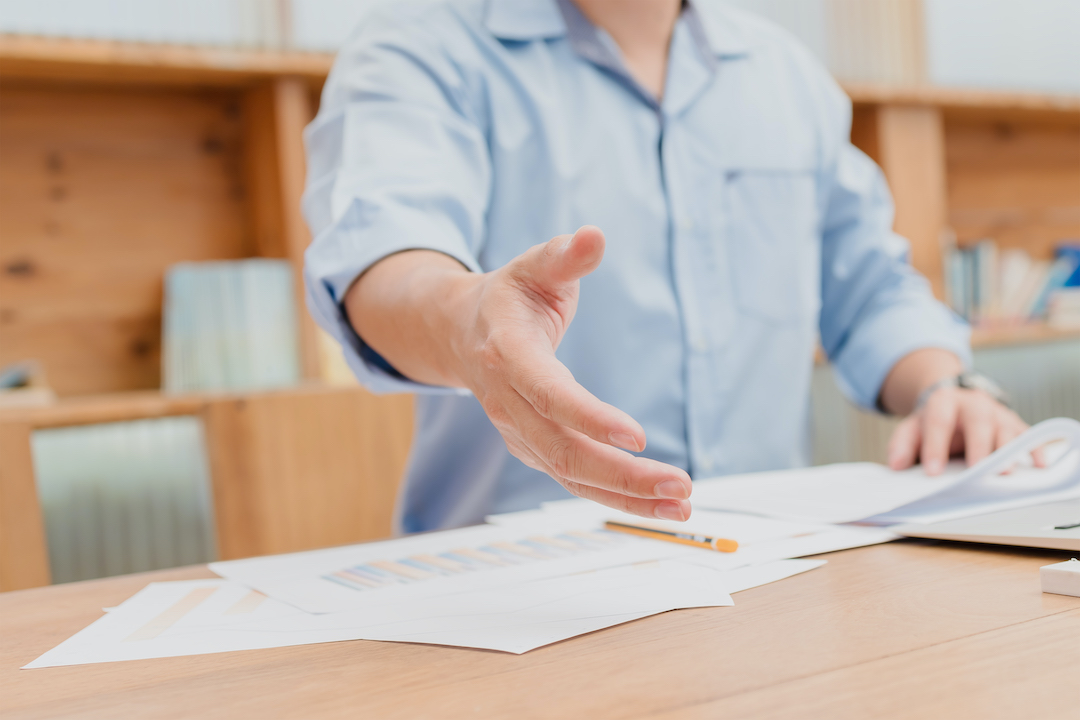 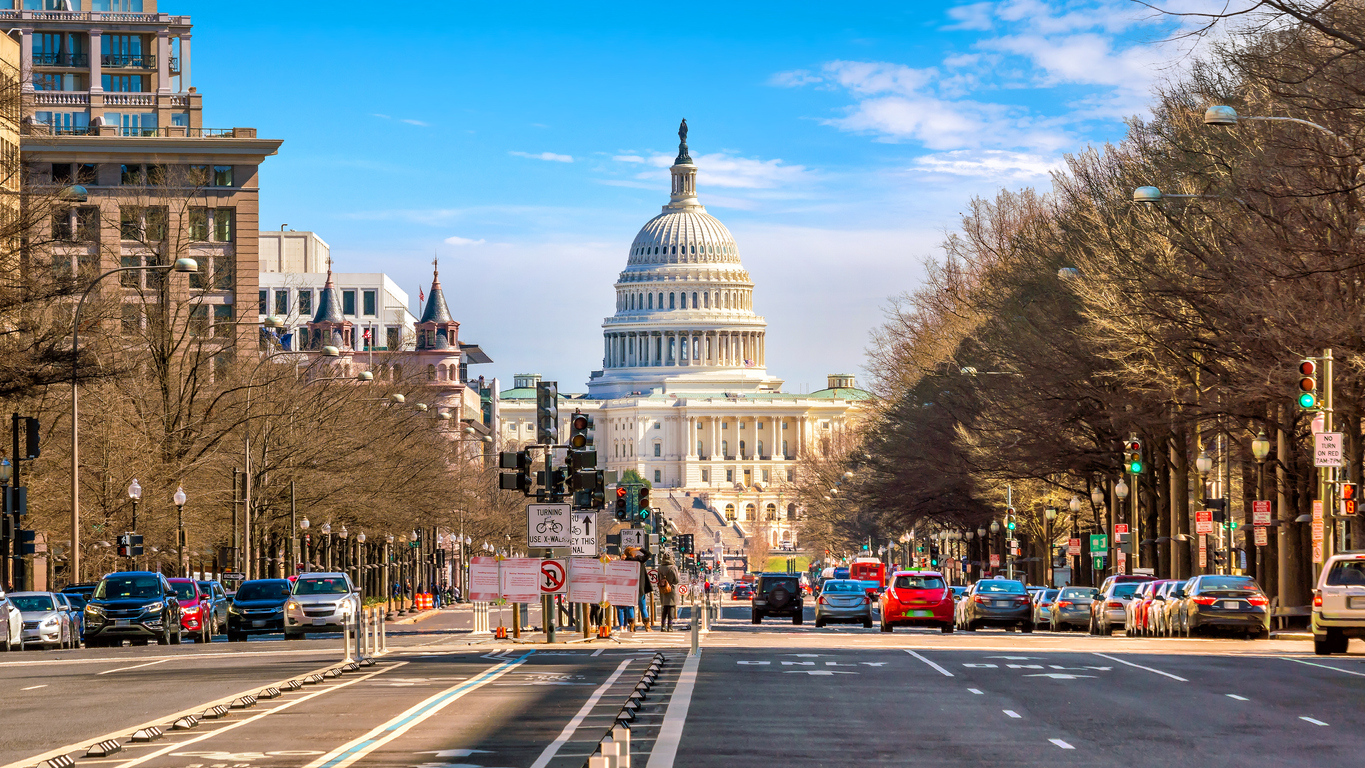 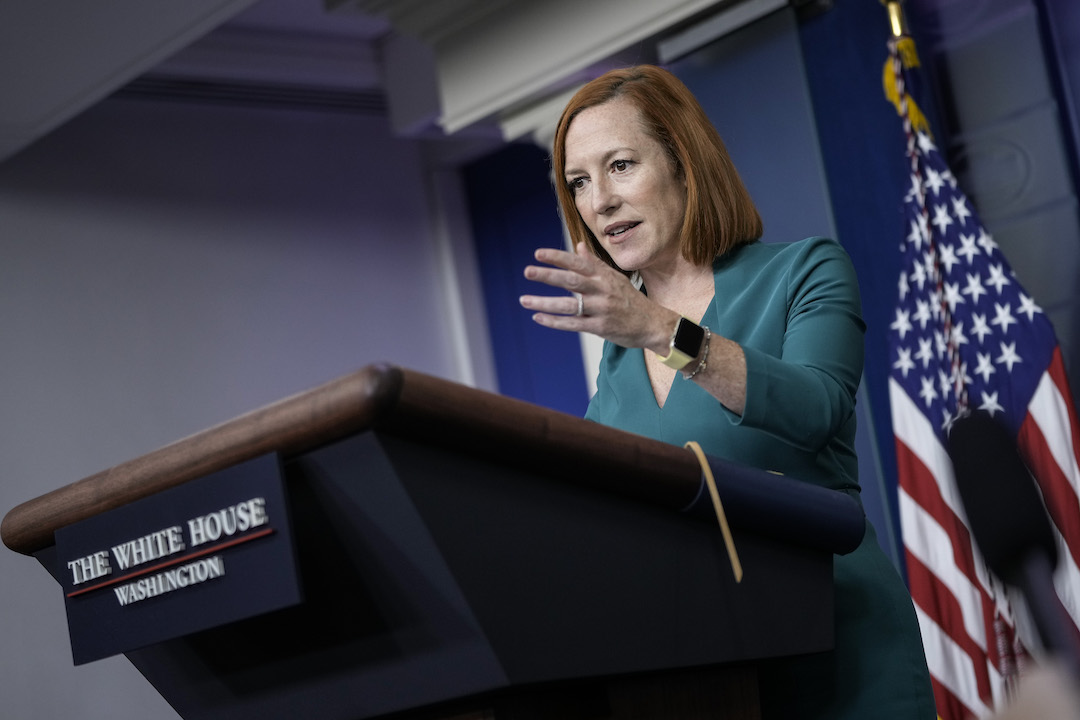 No Psaki, the Cost of BBB Isn’t ‘Fake’ — Because Washington Always Lies about Spending 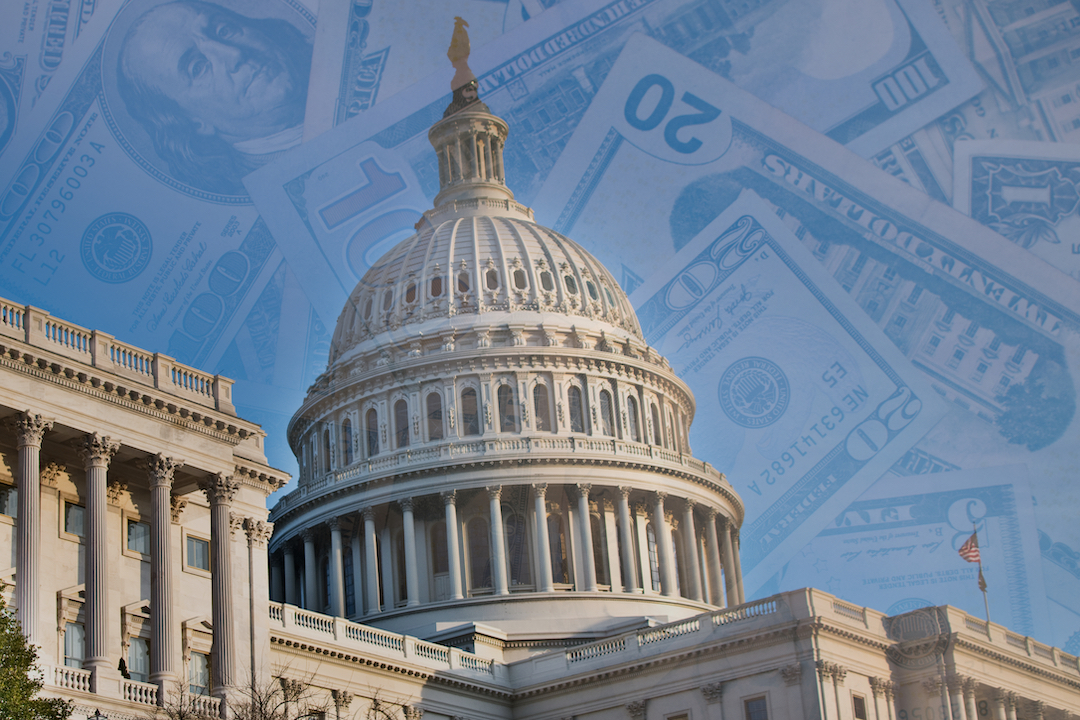 The Worst Spending Bill in Decades?