The arrival of the coronavirus has plunged the stock market and led to calls for a massive government economic-stimulus package to remedy a possible recession. Reflexive calls for fiscal stimulus are often popular during recessions, for obvious reasons: Voters love tax cuts and spending benefits. Celebrity economists get to show off their mathematical models and play the role of economic savior. And politicians can hand out popular benefits, while claiming to fix the economy.

Fiscal stimulus may be the wrong tool to address a health crisis in which people decide not to leave their homes. (Where would they spend their rebates? How does this address broken supply chains?) Better to provide targeted relief, such as family-leave benefits to those who lose pay owing to workplace shutdowns.

But more broadly, do temporary infusions of government spending or tax cuts actually stimulate economic growth? The record is not particularly strong.

As background: Every dollar that Congress injects into the economy must first be taxed or borrowed out of the economy. So in a typical, full-employment economy, government spending merely redistributes purchasing power from one part of the economy to another. It is the equivalent of trying to raise a swimming pool’s water level by taking water from one end and dumping it into the other end. (Yes, government could fund new spending through the printing press, but that would be monetary stimulus, rather than fiscal stimulus.)

Keynesian stimulus theory argues that recessions are usually driven by sagging demand, which leads to insufficient spending and idle resources. In that instance, proponents assert that government can borrow those idle savings out of the private economy and then either spend them directly or redistribute them to the people more likely to spend them. Savings become spending, idle resources are put to work, demand rises, and the economy recovers.

As described above, much of the multiplier depends on the degree to which government stimulus spending is putting idle resources to work, versus just redistributing existing spending. And that depends on where the money comes from.

In the first case, imagine a person who was about to spend $1,000 at a store, a business that had planned to invest $1,000 in new equipment, or a bank that would usually make a $1,000 loan. Instead, they lend that money to Washington to spend (by buying a Treasury bond). In that case, the multiplier is zero — no new spending is added to the economy. They have merely transferred purchasing power from consumption or investment over to the government.

In the second case, the government borrows $1,000 from a bank, business, or person that was not going to spend it — the money was sitting in safes, idle bank reserves, or Scrooge McDuck’s basement cash pile. In that case, the multiplier can be one — or even higher, because that $1,000 in new spending can be recycled through the economy multiple times.

Which of these hypotheticals better reflects reality during a recession? There is a vigorous academic debate on both sides, yet both theory and practice better support a small multiplier. As Harvard economist Robert Barro writes: “A much more plausible starting point is a multiplier of zero. In this case, the GDP is given, and a rise in government purchases requires an equal fall in the total of other parts of GDP — consumption, investment and net exports.” (Barro adds that deeper research shows a multiplier slightly above zero).

The multiplier is small because, in the modern economy, idle savings are not common — even during a recession. The vast majority of savings deposited in banks are lent to others to spend. Dollars borrowed from abroad will have their GDP effects offset by a higher trade deficit (the balance of payments must net to zero). And where there are idle savings — in safes, mattresses, excess bank reserves — it is not clear that most of Washington’s deficits will be funded by these sources. In fact, despite common assumptions that banks fund most stimulus spending out of their excess reserves, less than 5  percent of all Treasury securities are held by banking institutions. Households and investors hold much more of the national debt. The Federal Reserve buying securities would inject new spending into the economy, although that becomes monetary stimulus and can be done without stimulus legislation

"First, if money is not going to be printed, it has to come from somewhere. If the government borrows a dollar from you, that is a dollar that you do not spend, or that you do not lend to a company to spend on new investment. Every dollar of increased government spending must correspond to one less dollar of private spending. Jobs created by stimulus spending are offset by jobs lost from the decline in private spending. We can build roads instead of factories, but fiscal stimulus can’t help us to build more of both. This form of “crowding out” is just accounting, and doesn’t rest on any perceptions or behavioral assumptions. Second, investment is “spending” every bit as much as is consumption. Keynesian fiscal stimulus advocates want money spent on consumption, not saved. They evaluate past stimulus programs by whether people who got stimulus money spent it on consumption goods rather than save it. But the economy overall does not care if you buy a car, or if you lend money to a company that buys a forklift."

In fairness to John Maynard Keynes, he was writing in the 1930s when the financial system was in chaos and there were significant idle savings for the government to borrow and spend. That is not the situation in the modern economy.

Nor have government stimulus initiatives showed much success over the past 50 years. Temporary tax rebates in 1975, 2001, and 2008 all failed to stimulate growth. While the massive 2009 stimulus is often cited as a success, a closer inspection reveals otherwise. The economy was already out of recession by the summer of 2009, before more than a small fraction of the stimulus had even been implemented. And despite $2 trillion in stimulus costs (including subsequent legislation through 2013), the economic recovery saw the economy grow at just half the annual rates projected by the White House and the Congressional Budget Office. In fact, the recovery performed even weaker than the White House and CBO’s “zero-stimulus” projections.

The same factors occurred for total employment. White House economists predicted in early 2009 that enacting the stimulus would raise total employment by 3.3 million over current levels by the fall of 2010 — versus a decline of 0.4 million without a stimulus. The bill was enacted, and actual employment declined by an additional 3.5 million over that period. The stimulus didn’t cause the further jobs decline, but there is little evidence it slowed the decline either.

After all, using the common average multiplier of 1.5 (higher for spending, lower for tax relief), the $2 trillion in stimulus bills over that period should have created a $3 trillion burst of GDP that — given the size of the output gap — would have overheated the economy. Not only was the recovery extraordinarily sluggish (even given the severity of the recession), but Stanford economist John Taylorshows that the sub-components of the economy (consumption, investment, government purchases) did not significantly move in the directions predicted by the Keynesian models.

Stimulus bills are seen as successful because the theory is non-falsifiable. When the economy does not respond to stimulus, such as the 2001 and 2008 rebates, advocates often claim the policies must have been too small. But when the economic downturn ends — as virtually all do eventually — any enacted stimulus will get the credit, even when it was implemented after the recession ended, and missed every economic benchmark.

Nevertheless, disputing the efficacy of fiscal stimulus earns a furious response from many Keynesian economists, whose sophisticated mathematical models of the U.S. economy provide an air of scientific certainty. Economists who question these macroeconomic models are often treated like physicists who have inexplicably denied the of existence of gravity. But while economic models can offer insights, the idea that a $20 trillion U.S. economy consisting of 330 million individual actors (who are part of a much larger global economy) can be reduced to a series of airtight mathematical equations — in which government planners can just pull a fiscal stimulus lever — is part of what F. A. Hayek famously called “the fatal conceit.” And it becomes a parody when these models are further simplified to “government spending (times) multiplier equals added GDP.”

Numerous economic studies claim that past stimulus policies have been successful. However, many of those studies are built on a house of cards. For example, some studies purport to show the benefits of these policies by focusing on the pockets of the economy where new federal spending supported local jobs and spending. This proves only that when resources are redistributed across an economy, the recipients do better than the donors. It provides no insight into the aggregate economic effects.

A more common type of analysis simply ignores the actual economic performance and declares the authors’ predictive models to be correct. For example, CBO was asked to determine the accuracy of its Keynesian prediction that the 2009 stimulus would create significant economic activity. Yet instead of analyzing the post-stimulus economy to determine the real multiplier, CBO simply re-released its earlier multiplier predictions, and — surprise! — found that it exactly matched itself. CBO essentially assumed its own conclusion of a large multiplier, which effectively rigged the result.

At the time, CBO director Doug Elmendorf admitted, “We don’t think one can learn much from watching the evolution of particular components of GDP . . . over the last few quarters about the effects of the stimulus, . . . so we fall back on repeating the sort of analysis we did before. And we tried to be very explicit about it that it is essentially repeating the same exercise we did rather than an independent check on it.” He added that “if the stimulus bill did not do what it was originally forecast to do, then that would not have been detected by the subsequent analysis.” And yet this application of the “begging the question” fallacy is perhaps the most common methodological approach in pro-stimulus studies.

This does not mean that fiscal stimulus is completely worthless. Surely some idle resources get transferred to the government, creating a multiplier slightly above zero. Additionally, tax and spending policies can affect economic growth in other ways, such as by increasing productivity or putting resources to more-efficient uses. Extended unemployment benefits or safety-net spending can be justified on humanitarian grounds. Aid to affected industries can be justified to prevent destabilizing bankruptcies. On the other hand, the new debt adds permanent annual interest costs to the federal budget. If the goal is to fight a recession, monetary policy is a much more effective tool.

The basic idea that fiscal stimulus increases economic activity on a dollar-for-dollar basis is not backed up by theory or the available evidence. Surely, this approach will remain popular — politicians buy votes and look active, while voters get new benefits. Unfortunately, the record suggests that fiscal stimulus will not rescue the impending economic downturn.

Brian M. Riedl is a senior fellow at the Manhattan Institute and author of the recent issue brief, Issues 2020: Progressive Proposals Prop Up the Professional Class. Follow him on Twitter here. 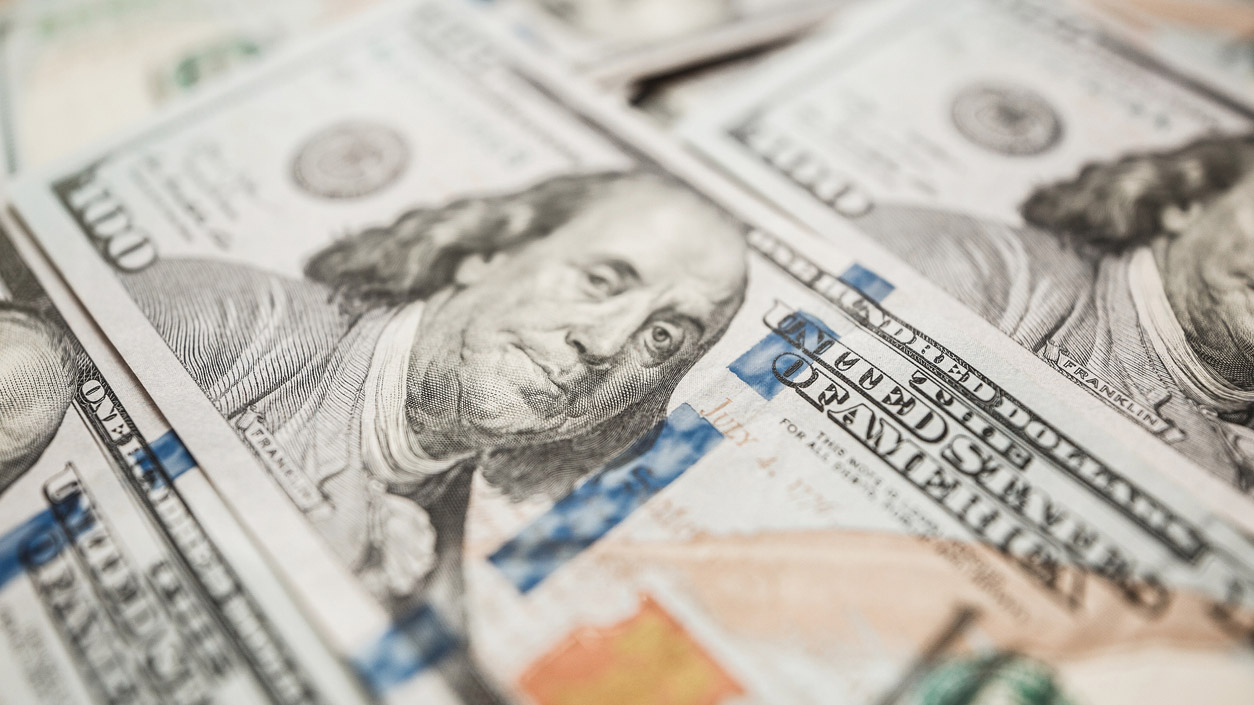