My neighborhood in Shreveport, La., is a perfect example of the income inequality, poverty and legacy of racism that fuel so much political discussion today.

Historically, Allendale was known as the “Bottoms,” the black side of town in the Jim Crow South, crowded with shotgun shacks and separate and unequal schools.

Fannin Street, once a commercial strip with bars and brothels, was the name of a pounding Lead Belly song; it’s just a few blocks from where my husband Emmitt and I live today, where we mentor neighborhood kids. Allendale was poor and black a century ago, and remains so.

Census numbers tell the story: 31 percent of our nearly 3,000 residents live below the poverty line; unemployment stands at 57 percent; 43 percent of households receive food stamps; 49 percent are on Medicaid.

So when candidates for office promise more government help — from free health care to free college to a guaranteed annual income — they have in mind people like my neighbors in Allendale.

Some of what’s being proposed might, in fact, make some difference. But I know from hard experience that a government program alone is not enough to ensure that people will avoid living another generation in poverty. In fact, in many cases, these programs may inflict more harm than good.

Take the six “Jones” children, ranging in age from toddlers to teenagers. My husband and I got to know them as part of the after-school club that we run out of our home through a local organization called Community Renewal International.

We were giving the kids a ride home one day when we learned the truth about their home life: while their unmarried mother stayed with a new boyfriend, the children had no permanent home and were taking refuge where they could from week to week.

We soon took them in, becoming foster parents. It wasn’t easy, but they began to thrive and do well in school. We grew attached to them and sought to adopt them, but it was only then that their mother objected. We didn’t realize that she had been getting $3,000 in government support each month, including food stamps in their name, to do something that she wasn’t doing: take care of her kids.

Instead, she spent the money on her drug and alcohol habit. With our nonprofit salaries, my husband and I earned too much — $23 too much — to get food stamps on their behalf. We’ve continued to help care for the Jones kids — including a baby who has since arrived, and whom we literally picked up off the curb at 10 months old. He weighed all of 10 pounds.

Most of the 27 kids who are part of our after-school youth club know how food stamp scams work: recipients can sell their benefits card to let someone else buy $100 in groceries, in exchange for $60 in cash, with which the seller can buy drugs.

And while the Jones siblings qualified for free medical care, they were in ill health; one had never been in a medical office. “Free health care” sounds great, but it doesn’t mean much for children if their parents won’t take them to a doctor.

The petty abuse of welfare programs is a minor problem compared with the intangible obstacles that keep kids — even some from decent homes — from succeeding.

Children come to us without the confidence to understand that persistence pays off, and without adult role models to show them the fruits of working hard. When we tell their parents about a job fair, the parents often say that going will be a waste of bus fare, because “no one’s going to hire me.” It takes much more than government benefits to change attitudes and transform lives.

When I was in high school, I was already a mother. I told my uncle, a Shreveport firefighter, that, despite doing well in school, I had no plans to go to college. He told me that I was in a different position than kids in the Ivy League, but that this was no excuse for not creating my own opportunity.

Not only did I graduate high school, but — thanks to a tour in Saudi Arabia with an Army ordinance unit — I became the only member of my immediate family to get a college degree. To make that happen, I had to change my perspective.

At our Friendship House, which we use to run after-school programs, family nights, arts and music classes, and other activities, we work to change people’s ideas about themselves and their future. One young woman was failing math — until we discovered that she couldn’t even read the written problems.

This year, our club is sending two kids to college. One will study forensic science, and the other is studying to become an OB/GYN nurse. The prospect of free tuition might help more young people start college, but it won’t be enough to get them to graduation. Many of the children we work with need help long before they even get to high school.

Of course, no one in Allendale, young or old, can prosper without safe streets. My neighborhood was once the most dangerous in Shreveport. Today, we’re the second-safest district — and not because of the police alone.

Our recent National Night Out anti-crime march attracted 400 people. We’ve helped make our community safe by getting to know our neighbors and asking them to post "We Care" signs outside their homes to send a message that they’re keeping an eye on the neighborhood. Major crime has dropped in our area by more than 50 percent. It’s all part of building and improving a community — something that can only be done through hard work.

So yes, we all love "free stuff." And government programs can be a necessary resource in our struggling communities.  But government help alone won’t solve the problems that my neighbors face. If it could, it would have done so long before now.

Sharpel Welch is a 2019 Civil Society Fellow at the Manhattan Institute. An Army veteran and educator, Welch is a youth community coordinator at Community Renewal International, a faith-based nonprofit that brings together caring partners to restore the foundation of safe and caring communities. This piece was adapted from City Journal. 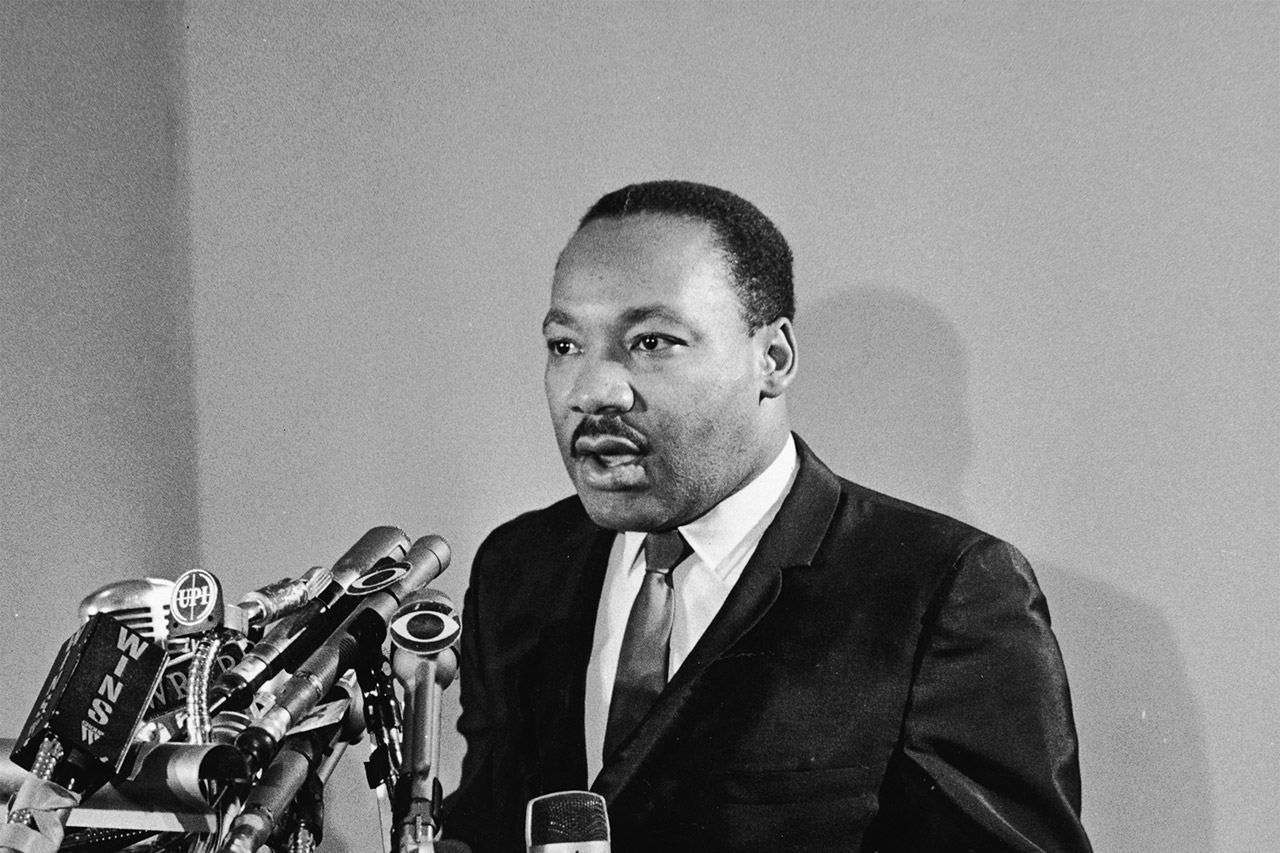 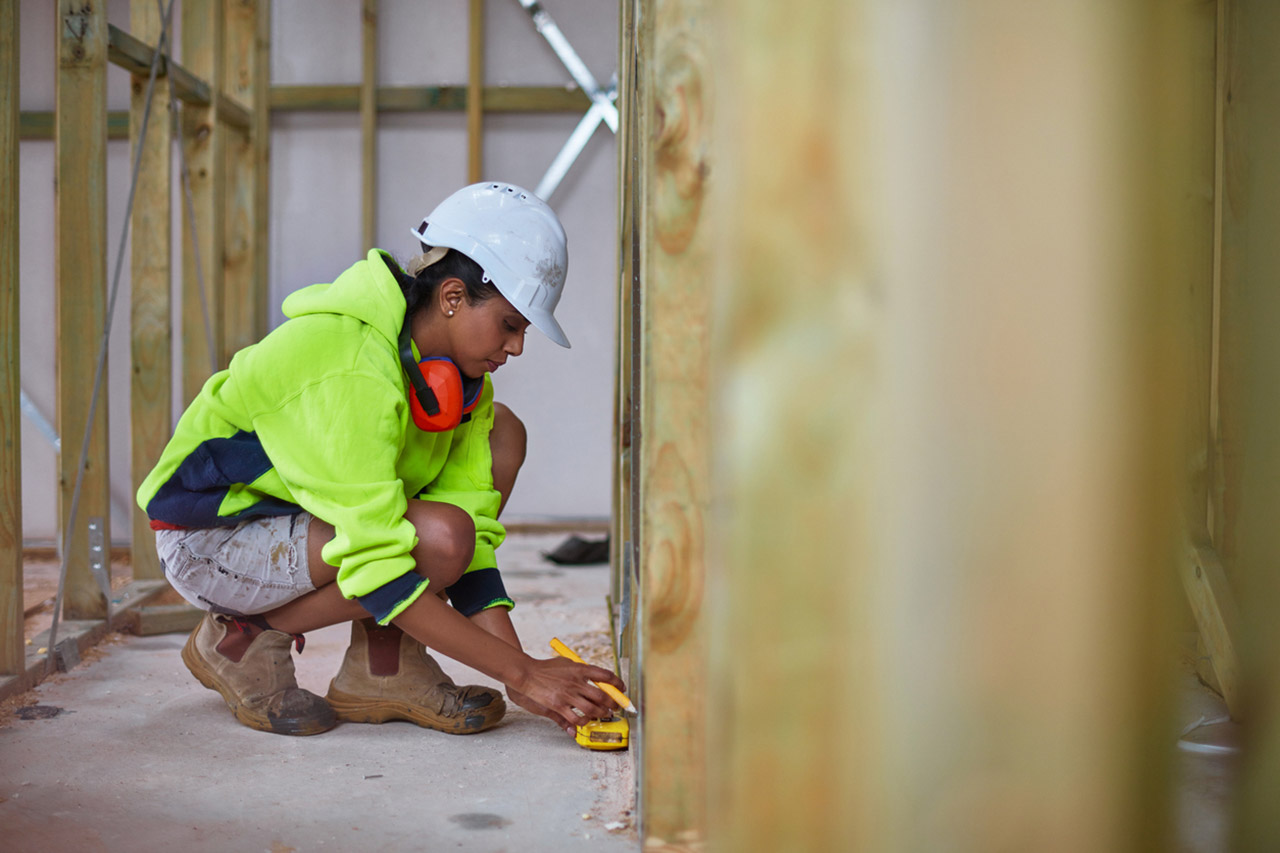 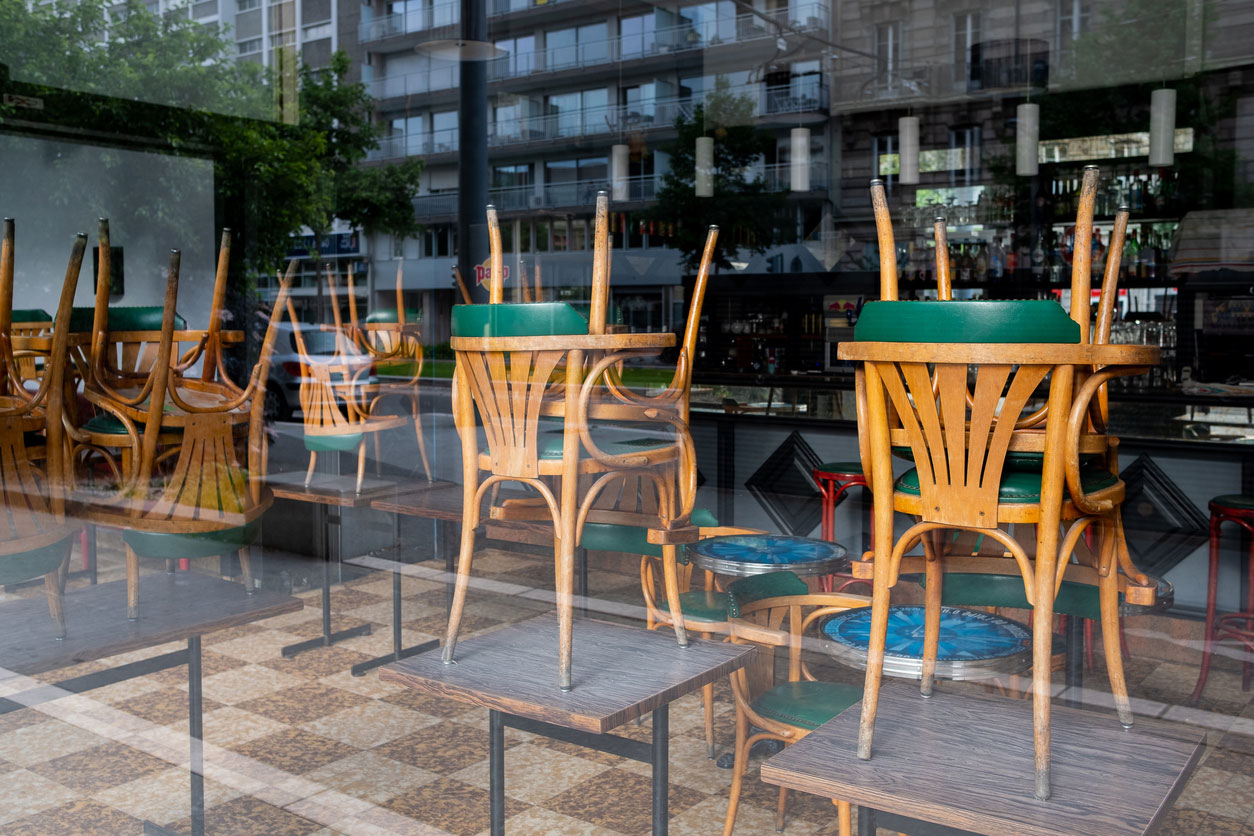 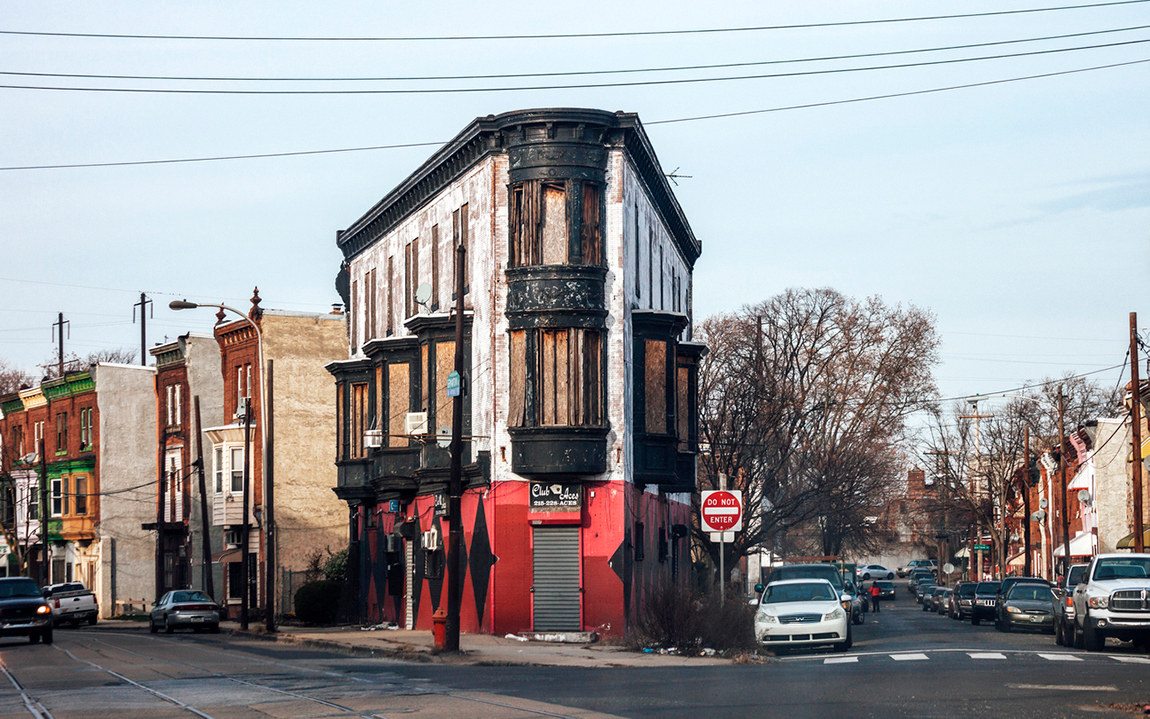 Government Help Will Never Be Enough 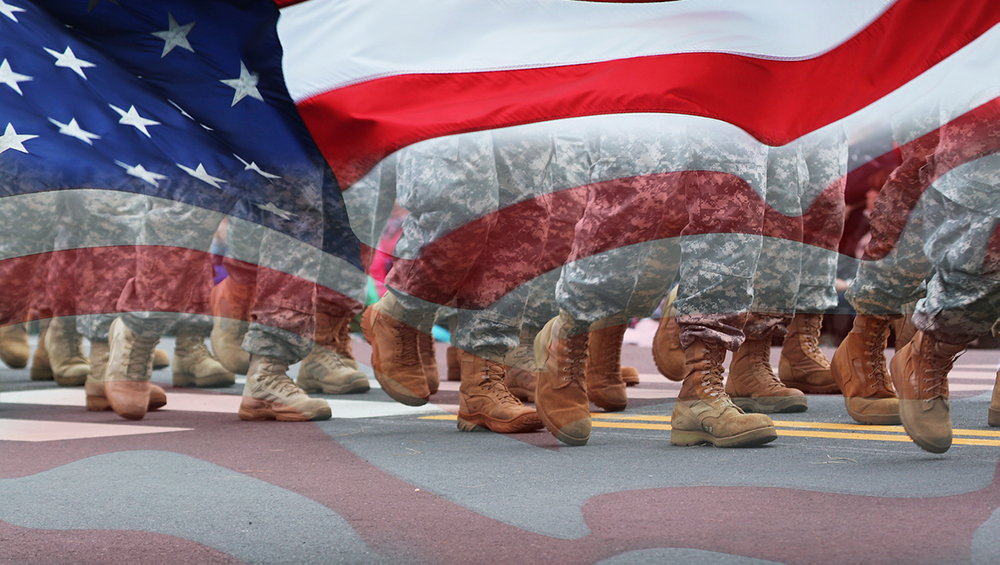 How My Army Experience Helps Me Reduce Youth Crime and Violence 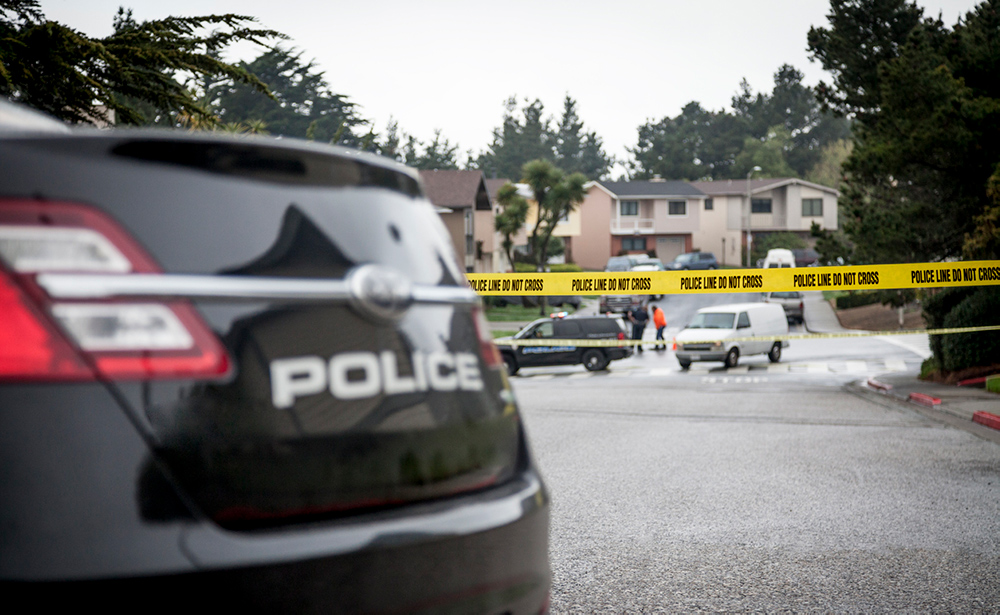 To Reduce Crime and Violence in Struggling Areas, Start with Caring