At 78, Bernie Sanders is too old to be a baby boomer. But the Vermont senator has become an unlikely voice of the young generation. A Quinnipiac poll out this week shows Mr. Sanders with 39% support among Democrats under 34 and only 7% of those 65 and older.

Gaps between the old and young have shaped American life at least since the 1950s, and it was the boomers themselves who made rebellion synonymous with youth. But this axis of today’s struggle could change politics for generations to come, as millennials reject the country’s capitalist consensus and embrace socialism in record numbers. Fifty percent of adults under 38 told the Harris Poll last year that they would “prefer living in a socialist country.” That outlook recurs in many more surveys and far surpasses figures from even the radical heydays of the ’60s and ’70s. In 1974, pollster Daniel Yankelovich found that three-quarters of Americans 25 to 34 felt the country had “moved dangerously close to socialism.”

Mr. Glaeser, 52, argues that young people have radicalized politically because “there are a number of ways in which the modern American economy isn’t working all that well for them.” Many public policies make it harder to get a job, save money or find an affordable home, leaving young idealists thinking, “Why not try socialism?” But that cure would merely worsen the disease.

Mr. Glaeser decries policies that constrain the job market and increase the cost of living compared with what the economy would produce if left alone. “In many cases,” he says, “there seems to be a sense in which insiders have managed to stack the deck against outsiders.” People who have secured a foothold in one way or another—homeowners, union laborers, retirees—have advocated policies that make it harder for “newcomers,” including immigrants and young people, to advance.

Consider the housing market. “In the 1960s and earlier,” Mr. Glaeser says, “America basically had a property-rights regime that meant that anyone who had a plot of land could pretty much put up anything reasonable on that plot of land.” Since then, cities and towns have circumscribed the areas where homes can be built, capped numbers of units, and imposed strict requirements on developers—all of which raise prices. “So there’s this intergenerational redistribution that’s occurred by restricting housing supply.”

People who bought homes while the rules were lenient, or who are wealthy enough to have bought lately, have seen their values soar. Meanwhile, “younger people just don’t have housing wealth.” By 2013, a 35- to 44-year-old person at the 75th percentile had less than half as much home equity (adjusted for inflation) as his counterpart did 30 years earlier.

Prices are especially inflated in high-income metropolises such as New York and the San Francisco Bay Area. As a result, many highly educated millennials forgo future earnings and settle in less expensive places like Salt Lake City, Boise, Idaho, and Nashville, Tenn. “We have people who are moving to areas primarily because of housing being inexpensive rather than because it’s particularly productive,” Mr. Glaeser says. Those who lack college degrees can’t afford to live close to the well-paid service jobs in major cities. “Prior to 1980, poor people moved to high-wage areas,” he says. Today, “we have a trickle.”

The shift of income toward those Mr. Glaeser calls the “entrenched” is most explicit in entitlement programs. “The original Medicare design is relatively mild,” he says. A comparatively young age distribution and a limited range of treatments made the plan feasible when it began in 1966. “But basically the system is set up so that no matter what medical treatment can be created, they pretty much all get to be paid for.” The program now exceeds 3% of gross domestic product. Young people “see many of these benefits, including Social Security” as “going to older rich people.” They’re funded by payroll taxes, which snag a disproportionate share of low-earners’ paychecks.

Taxpayers also pony up ever more to fund the retirements of government employees. “Some of the most egregious things at the urban level are the public pension plans,” Mr. Glaeser says. “This is a system that stacks compensation very strongly toward the end of life with very long, very generous pensions.” Public liabilities have swelled since 1960 as government hiring outpaced population growth, and state and local pensions now claim about 1.5% of GDP each year. Each payment to a former bus driver or teacher might come at the expense of a young family’s savings or a small-business owner’s investment in new jobs.

How did the land of opportunity become overgrown with policies that keep newcomers from moving up? Mr. Glaeser cites a theory developed by the economist Mancur Olson, author of “The Rise and Decline of Nations” (1982). “Olson had this vision of how economies rise and fall,” Mr. Glaeser says. “A successful, stable economy acquires these interest groups, which essentially block change, which protect their interests, and which make it impossible to do anything new.”

Olson demonstrated this trend with case studies of advanced societies in varied regions and eras. For example, “Japan under the Tokugawa shogunate, where all of these local guilds had conspired to reduce trade. Or ungovernable England during the 1970s before Thatcher, when labor unions made it impossible to change anything.”

America isn’t like that—or so Mr. Glaeser thought: “I remember reading Olson in either the late 1980s or early 1990s and thinking, ‘Well, that’s interesting, but it doesn’t sound like America. We’re a vibrant, open society.’ ” But Mr. Glaeser’s later research changed his mind: “When I came back to thinking about this 30 years later, Olson seemed more like a visionary.” As America and its population have aged, voters have gradually embraced policies that benefit the relatively well-off while sapping overall growth.

The young, being both poor and inexperienced, have always been fonder than their elders of overt redistribution. But in the baby boomers’ youth during the Cold War, “socialism was off the table, because it was associated with an evil empire that we opposed.” The poverty and brutality of Soviet Russia also proved the system impractical. “For those with no memory of the Cold War,” Mr. Glaeser says, “the stigma is absent.” That now includes everyone under 30.

Yet Mr. Glaeser cites polling that suggests most young people’s vision of socialism might be better described as “hyperredistribution.” They don’t seek state control of the means of production, but punishing taxes on the rich to fund programs like free college for all. “They say, ‘Well, there are a whole bunch of projects—a whole bunch of government spending that helps old people. I want mine. If we’re going to spend a huge amount on Medicare, why aren’t we spending a whole lot on education for me?’ ”

The obvious answer is that redistribution takes money out of the productive economy, which diminishes collective wealth over time. Young socialists dismiss that point, and equate capitalism with greed. Mr. Glaeser’s rejoinder: “Capitalism is a system; greed is a sin. But greed is also the thing that makes much of modern society function. And good systems manage to make greed productive.”

Example: “The builders in Texas”—where homes are cheaper than on the coasts—“aren’t building affordable housing out of the goodness of their hearts.” Rather, “they face a regulatory system that makes it easy for them to mass-produce decent housing for ordinary Americans.”

To give newcomers a chance, Mr. Glaeser would curtail the influence of entrenched groups and restore incentives for “a capitalism that is inclusive, and that provides a place of opportunity for more people.” He acknowledges that’s more a wish than a plan. “In the U.S. as a whole, it’s hard to imagine that we get broken enough that anything changes,” he says. “But cities can get broken.” He recalls how his native New York imposed business-friendly reforms in the 1970s only in the face of collapse.

Barring a national crisis, “competition among states and cities offers the best hope.” He supports “automatic sunset provisions on new regulations. I also think it would be really valuable if more states passed rules saying, before you do a regulation, you actually need to do some cost-benefit analysis on it.”

That would help make room for growing businesses, often hindered by overweening regulation. Take the ride-sharing industry pioneered by Uber and Lyft, which Mr. Glaeser hails as “one of the few areas in which tech unicorns have appeared that have employed less-skilled Americans. Inevitably, they’re not getting them at blue-chip salaries,” he says. “But they were able to find a place in which people were willing to work for these wages, and customers were willing to buy.”

Nonetheless, cities and states have imposed rules that limit contract-based work. The ride-sharing giants and other players in the “gig economy” are currently challenging California’s Assembly Bill 5, which mandates higher pay and benefits. The law is likely to cost thousands of jobs in contract-based industries, even as it benefits the workers who are kept on as full employees.

Mr. Glaeser also proposes making current rules easier to abide. In some places, he says, “if you want to start a grocery store that sells milk products in an inner-city neighborhood, you have 15 permits to get through. There would be much to like about having one person whose job it is to get them through the permitting process.”

He’d like Congress to lean on the states: “Just start talking about how we’re going to make state transportation funding conditional upon allowing construction in high-demand areas.”

And while he disagrees with the caricature of millennials as lazy, he does allow that capitalism’s future depends on the restoration of work as a value, rather than a mere means for consumption. “There is a lot to be admired about a middle-income person who lives his or her life with dignity, and takes care of his or her family,” he says. As young baristas, students, sales clerks and drivers lose confidence in their ability to become providers, “we need to keep emphasizing that those attributes are actually the heroic ones.”

Still, Mr. Glaeser insists that this message would be likelier to catch on if it were backed by policy reforms that make work more fruitful. A program of plentiful job opportunities, cheaper housing, and tax cuts financed by curtailed entitlements could be a significant step toward replacing socialism in the hearts of Mr. Sanders’s young supporters.

This piece originally in The Wall Street Journal (paywall)

Mr. Ukueberuwa is an assistant editorial features editor at the Journal.

Editor’s note: This interview is based on the Manhattan Institute’s 2019 James Q. Wilson Lecture delivered by Edward Glaeser, entitled “The Entrenched vs. The Newcomers.” 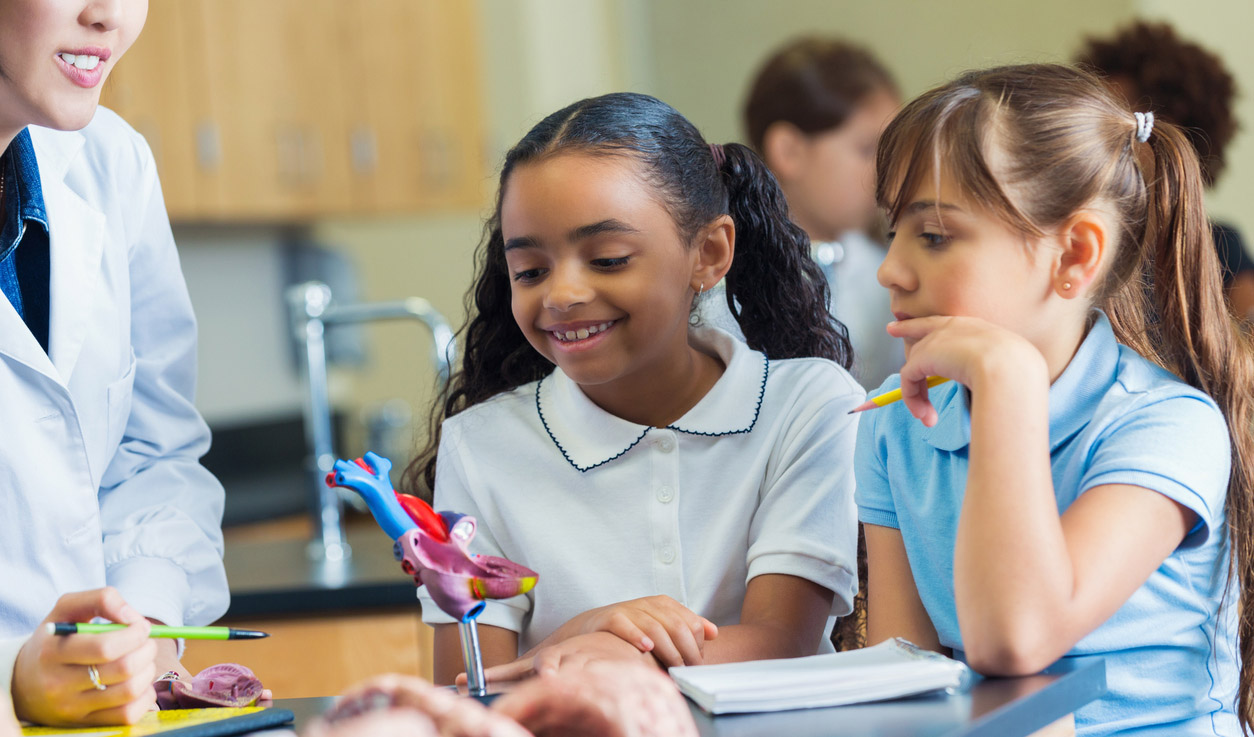 How to Give the Public Confidence in Charter Schools