Brian C. Anderson is the editor of City Journal, the cultural and political quarterly published by the Manhattan Institute, where he writes extensively on social and political trends. He also serves as host of City Journal’s “10 Blocks” podcast, delving into rich conversations on urban policy and culture with other editors, contributors, and special guests. Formerly, he was senior editor of City Journal and a research associate at the American Enterprise Institute. As editor, Anderson has overseen the enormously successful expansion of City Journal’s website. His guidance has broadened City Journal’s reach and influence, with the addition of many new authors. In his years editing City Journal, the quarterly has continued to be one of the nation’s premier public-policy magazines.

Anderson’s work has appeared in the Wall Street Journal, Los Angeles Times, New York Post, Dallas News, Commentary, National Review, First Things, The Weekly Standard, Policy Review, The Wilson Quarterly, The American Spectator, and dozens of other publications. He is author of Against the Obamanet (Encounter Broadsiders No. 43) (2015), Democratic Capitalism and Its Discontents (2007), South Park Conservatives (2005), Raymond Aron: The Recovery of the Political (2005) and coauthor of A Manifesto for Media Freedom (2008). The New York Times recently described Anderson as one of “the most probing and erudite political essayists of our day.” He is a frequent guest on talk radio.

Anderson holds a Ph.D. in political philosophy from the University of Ottawa and an M.A. and a B.A. from Boston College. 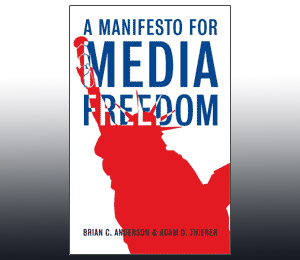 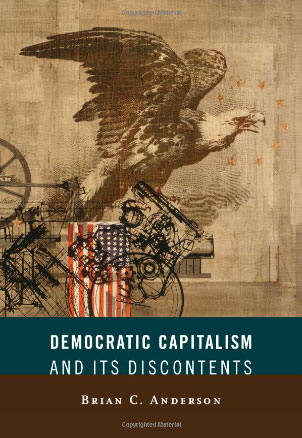