As a ceasefire took hold after 11 days of rocket and bombing attacks, Israel and Hamas both lost little time in claiming victory. It is difficult to point to winners and losers amid such death, suffering and — particularly in Gaza — utter destruction, but some politicians and players clearly seem to have benefited.

While the longer-term implications may play out differently, both Israeli Prime Minister Benjamin Netanyahu and militant Islamist Hamas clearly seem to have emerged stronger from the conflict than before.

“Bibi is a winner, for now,” said David Schenker, former assistant secretary of State for Near Eastern Affairs in the Trump administration and a Middle East expert at the Washington Institute for Near East Policy. The war, he said in an interview, diverted attention from Netanyahu’s inability to form a new government after the country’s four inconclusive elections in two years. It also makes it difficult, if not impossible, for his political rivals to do so now. Plus, the conflict put a temporary hold on the corruption trial against him. “This war has paved the way for a fifth election,” Schenker said of Israel’s deeply polarizing prime minister.

Another clear winner, says Eckart Woertz, director of the German Institute for Global and Area Studies in Hamburg, is Hamas. In contrast to ailing long-time Palestinian President Mahmoud Abbas, Hamas has been able to present itself as the “guardian of Palestinian interests in the West Bank and in the intra-Palestinian dispute,” Woertz told Deutsche Welle, the German broadcaster. The militant organization that fired rockets into Israel has also become the self-proclaimed protector of Jerusalem, which Israelis and Palestinians both claim as their capital.

Abbas already was weakened by his April decision to postpone the first Palestinian elections in over 15 years rather than risk electoral defeat by Hamas on his West Bank home base. Although Hamas is classified as a terrorist organization by the United States, the European Union and several Arab states, international players have begun considering direct or indirect negotiations with it. After Thursday night’s ceasefire, even German Chancellor Angela Merkel, long seen as one of Israel’s staunchest European supporters — for obvious reasons — said indirect contact with Hamas was needed. Several prominent Arab newspapers and broadcast networks agreed, dubbing Abbas the conflict’s “biggest loser.”

In sharp contrast to Netanyahu, Israel itself lost ground, too, as even some of its staunchest supporters agree. Writing in the Times of Israel, columnist David Horovitz noted that the conflict has “undermined Israel’s international standing with numerous world leaders and opinion-shapers” who have “maliciously or lazily” compared the disparate death tolls and concluded that “because Israel’s is lower, it must be the aggressor.”

Doug Schoen, a prominent American pollster who has done research for several leading Israeli politicians, said the diplomatic cost of the war for Israel is high. Israel, he said, now faces international condemnation for what critics called its “disproportionate” response to Hamas’ firing of rockets at Israeli towns, cities and other civilian targets. In appearing to equate Hamas’s targeting of civilians with Israel’s concentration on bombing Hamas’s military targets — often cynically located in civilian structures and neighborhoods of Gaza — the Biden administration, he said, “bowed to pressure from the world and the Democratic left.”

Israel’s military was quick to claim a tactical win. In briefings, Israeli officers said its air strikes killed nearly 30 senior Hamas commanders and a key engineer involved in rocket production, destroyed nearly a third of the “metro” — the 250-mile network of tunnels and bunkers through which Hamas moved fighters and rockets — and foiled a Hamas attempt to use a tunnel to cross into Israel, as it did during the last outbreak of violence in 2014.

Israeli officials said Hamas was stunned by how much Israeli intelligence knew about the tunnel network’s location and contents. In a briefing hosted by the Washington Institute, veteran national security expert Ehud Yaari said Israel’s military and domestic intelligence services even warned Netanyahu three weeks before the conflict that Hamas was preparing to attack. Although the intelligence agencies recommended a preemptive strike to deter such an attack, Netanyahu and his cabinet rejected the recommendation, fearful that Israel would be blamed for igniting a crisis to improve his chances of remaining in office.

Despite Israel’s impressive intelligence capabilities, however, several military analysts note that Hamas, Islamic Jihad and other militants still have about 8,000 of their former arsenal of 30,000 rockets and several hundred rocket launchers, more than enough for future rounds of fighting.

Both sides in this conflict have “egregiously overstated their accomplishments,” said Aaron David Miller, an American Middle East analyst, author and negotiator. Although Hamas managed to “connect Gaza to Jerusalem and to the broader battle between Israeli Jews and Israel Arabs in a way they have rarely connected since 2000,” he said, “neither Hamas nor Israel has achieved something that fundamentally alters the win/lose column for either of them.”

Hamas, for instance, may well have boosted its standing — but the Palestinian National Authority and Abbas, however weakened, “remain the address for security cooperation with Israel on the West Bank, issues of movement in the 40 percent of the West Bank that they control, and for anything related to the peace process.” Because of that, Miller predicted, the U.S. and other countries eventually will call for steps to strengthen the Palestinian Authority.

The conflict also undermined the former Trump administration’s claims that the Abraham Accords it helped negotiate, normalizing relations between Israel and the United Arab Emirates, Bahrain, Sudan and Morocco, had shifted the contours of the Arab-Israeli conflict. Israel’s new Arab interlocutors played little role in ending the violence. Rather, it was Egypt, the Palestinians’ traditional go-between and Gaza’s neighbor, that helped clinch the ceasefire.

While some analysts credited President Biden’s long-standing close relationship with Netanyahu and his lengthy record of support for Israel with helping to facilitate the truce, Miller and others say they doubt that the 50 hours of fighting would weaken Biden’s determination in foreign policy to pivot from the Middle East and focus instead on China and Russia — and, domestically, on his super-ambitious agenda of rebuilding American infrastructure and encouraging economic equity. Miller doubts that Biden will expend the political capital needed to revive an American-led but now moribund Israeli-Palestinian peace process. To the extent that Biden is willing to focus on the Middle East, it is on bringing Iran back into compliance with the nuclear deal that Trump unilaterally abandoned in favor of a “maximum pressure” strategy on Teheran, now widely seen as having failed.

In the 14 years since Hamas took full control of Gaza, there have been four major mini-wars between Israel and the Palestinians. The most destructive was in 2014, when 2,200 Palestinians were killed and 170,000 homes were destroyed. But “nothing changed after 2014,” Miller said — and the only likely outcome of this latest skirmish is that there will almost surely be more of them. 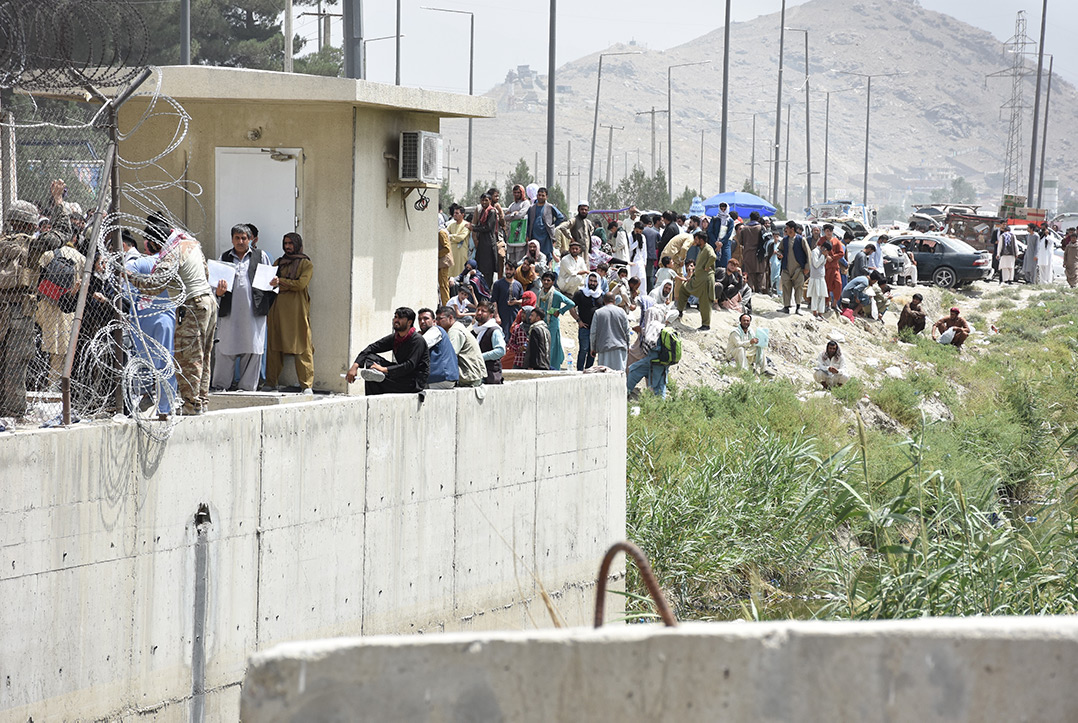 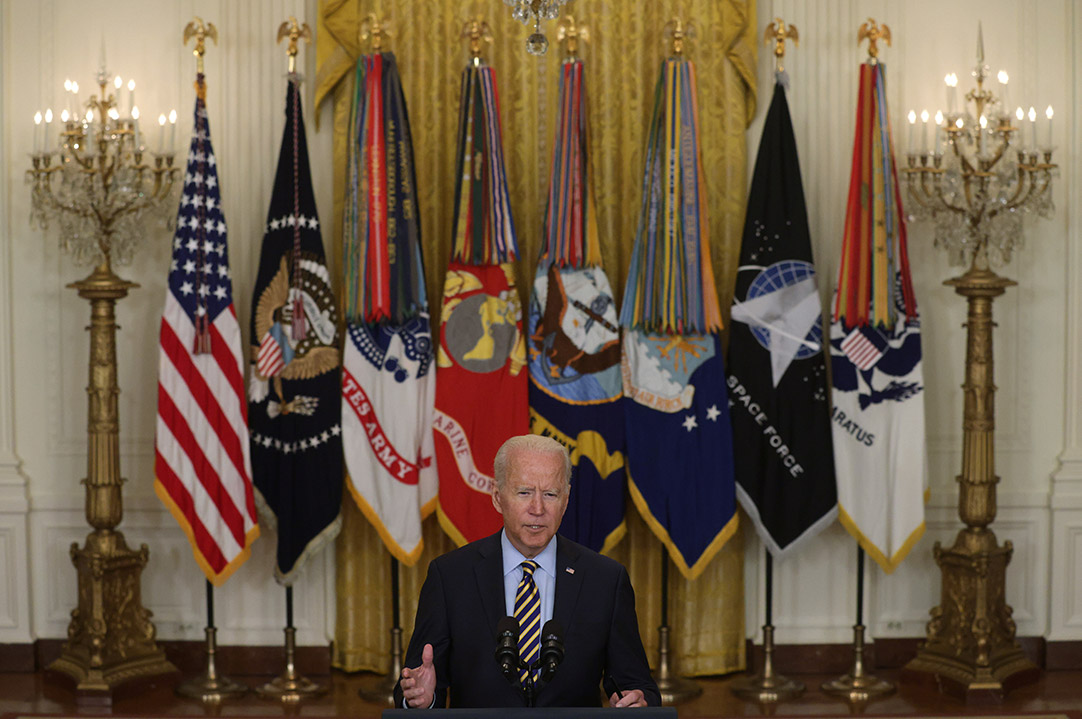