Why Taiwan Was the Only Nation That Responded Correctly to Coronavirus

After every disaster, we search for the bad decisions and missed warnings that allowed it to happen. We remember how Captain E. J. Smith of the Titanic disregarded telegram alerts about icebergs ahead, or that NASA leaders chose to launch the space shuttle Challenger despite warnings that the craft’s booster rockets might malfunction.

Most major disasters arouse some sense of outrage, and the Covid-19 pandemic is no exception. Looking back on how the crisis unfolded, we find mistakes not just regrettable but stunning, unforgivable — some would say even criminal. The decisions that enable disaster strike us as worse than incompetence — made by people who must have known they were risking the lives of others.

But the more closely we examine most disasters, the less clear-cut these explanations become. Sociologist Diane Vaughan spent years studying how NASA officials decided to launch the space shuttle on January 28, 1986. (Engineers had warned — accurately, it turned out — that the cold weather that day might cause the craft’s booster rockets to leak dangerous jets of flame.) Vaughan concluded that, far from being knowingly reckless, the officials had actually followed the agency’s safety protocols quite closely.

The problem wasn’t “amoral,” dice-rolling leaders, Vaughan discovered, but the NASA culture. After years of successful launches, the agency had come to see safe missions as the normal state of affairs. And institutional pressures — including the need to maintain a busy launch schedule — nudged everyone toward underestimating the risks of the shuttle’s flawed design. One congressman wanted to send NASA leaders to prison, but Vaughan argued that it was more important to fix the institution than to punish officials. “Locating blame in individuals perpetuates the problem,” she said. Unless the organizational problems that led to the disaster got fixed, she maintained, a new team of leaders would “experience the same pressures and the harmful outcomes will repeat.”

Our brains are hardwired to expect the future to be much like the past. Like the rest of us, people in charge of complex institutions tend to cling to assumptions of normalcy. Psychologist Daniel Kahneman calls this tendency the “positive optimistic bias.” This form of selection bias not only makes it hard for us to perceive threats; it also prompts us to downplay warning signs. Captain Smith’s serene confidence had been formed over a lifetime of safe voyages; a few telegrams mentioning icebergs must have barely registered.

Today, many Americans want to identify the people who allowed the pandemic to spread so rampantly. President Trump usually tops that list. Though his administration took some steps to prepare for the virus beginning in early January, the president himself generally downplayed the potential crisis. (“We have it totally under control,” he said on Jan. 22.) Trump did make a decisive — and widely criticized — call to limit travel from China on Jan. 31. But his administration then squandered precious weeks, taking too long to force CDC and FDA administrators to cut red tape on testing and protective gear.

Trump’s defenders point to a long list of failings by Democrats, led by New York governor AndrewGov. Cuomo and New York City Mayor de Blasio. Like Trump, both leaders were slow to face reality and too eager to reassure constituents. “We can really keep this thing contained,” the mayor insisted on Feb. 26. “We’ve been ahead of this since Day 1,” Cuomo agreed a few days later. “Excuse our arrogance as New Yorkers,” the governor continued, “We think we have the best health-care system on the planet right here in New York.” That wishful thinking slowed down New York’s response: As late as March 14, de Blasio still refused to close schools or shutter bars and restaurants. Cuomo waited until March 20 to issue a blanket shutdown — days after other regions, with far fewer cases, had begun closing schools and issuing stay-at-home orders. Within weeks, the New York metro area would lead the world in COVID-19 cases per capita.

Other Democrats gave similar false assurances. In late February, Speaker of the House Nancy Pelosi urged tourists to visit San Francisco’s Chinatown, saying, “Everything is fine here.” Only one of the party’s aspiring presidential candidates even mentioned the virus in the Democratic primary debates before late February. On the plus side, Senate Minority Leader Chuck Schumer began calling for emergency pandemic funding as early as Jan. 26.

The point of this exercise isn’t to tally up which party did better or worse in its response to the pandemic. Both largely failed; failure to anticipate the worst is a bipartisan trait. For those in the party out of power, it’s tempting to imagine that, if they controlled the White House, the mess could have been avoided. But little evidence suggests that a Democratic White House would have focused on the crisis any earlier.

The strongest argument against such claims is simply to look around the world. If there is an obvious, easy-to-apply protocol to control a pandemic, the world’s most advanced health-care systems generally missed it. On a per-capita basis — cases per million — the US currently ranks tenth in the number of COVID-19 deaths per million inhabitants, well behind Sweden, France and Belgium.

“I don’t think any country has a perfect record,” Bill Gates said in a recent interview. “Taiwan comes close.” Indeed, despite its location just 80 miles off the China coast, Taiwan has had only six deaths from the disease to date. How did they do it? Taiwan seems to have followed the model recommended by disaster expert Vaughan: It doesn’t expect infallibility from its leaders. Instead, Taiwan makes sure that its health institutions are hyper-vigilant about epidemic risks. After the SARS epidemic of 2003, Taiwan set up an interlocking set of agencies geared toward the early detection of pandemics and bioterrorism. If a threat is detected, containment plans and supply stockpiles are ready. That process starts at the bottom, not the top.

Vaughan and other researchers note that complacency is usually fed by groupthink. At a time when China and the World Health Organization were downplaying the coronavirus threat, it was easy for world leaders to believe that everything was under control. Meanwhile, China has used its influence to keep Taiwan out of the WHO and other international organizations, and Samson Ellis, the Taipei bureau chief for Bloomberg News, believes that Taiwan’s isolation from WHO paradoxically helped the country by forcing it to rely on its own judgment on health issues.

“Taiwan knows it’s on its own,” he says.

In January, while other countries were trusting the WHO’s bland assurances, Taiwan was already turning away cruise ships and performing health checks at airports. Taking early action against COVID-19 meant defying a consensus shared by much of the world. The country’s public-health institutions were designed to be sensitive to even faint signs of trouble and to guard against optimistic biases. The results speak for themselves.

It’s understandable to want to hold public officials accountable for a disaster like COVID-19. But we shouldn’t assume that putting new people in charge of the same flawed institutions will fix the problem. Instead of imagining a perfect world where ideal leaders make no mistakes, we should study how stronger institutions can keep us safer next time.

James B. Meigs is cohost of the How Do We Fix It? podcast and the former editor of Popular Mechanics. This piece was adapted from City Journal. 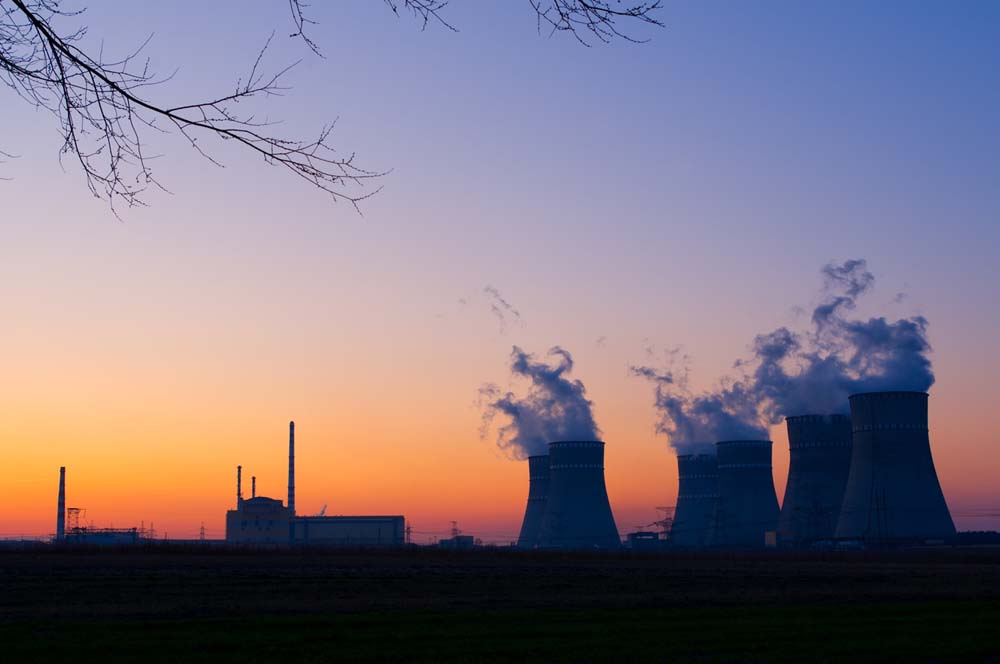 One Way to Save the Planet: Build More Nuclear Plants