What the Fed Really Fears

President Trump has made his desires overwhelmingly clear when it comes to monetary policy: He wants lower interest rates so the economy can take off “like a rocket ship.” And he hasn’t been shy about voicing his disappointment with Jerome Powell, whose mission at the helm of the Federal Reserve is to keep prices steady and the economy moving like a tractor on a country road — rather than a rocket ship.

Trump got his way Wednesday when the Fed announced a quarter-point rate cut. The smart money is that Powell acted in response to political pressure from the president. But the smart money may not be so smart: Any Fed chairman worth his salt knows the price of a misstep is too high to play politics.

Fact is, Powell cut rates this week because he and his colleagues are legitimately worried about a slowdown — not about Trump’s tweets.

Not that the tweets aren’t a cause for concerns. The president’s loud hankering for lower rates is especially troubling at a time when the US economy is chugging along fine. The labor market added 164,000 jobs in July, meeting economists’ expectations. The unemployment rate held steady at 3.7%, just a 10th of a percentage point above the 50-year low.

Does an economy in this shape really need fiscal stimulus in the form of lower rates?

Yes, Trump’s new tariff threats against China have rattled the stock market, and the economy may be cooling relative to earlier in the post-tax-reform expansion. Still, the overall figures reflect an expanding economy — not one that is in, or on the brink of, decline.

So again: Why a rate cut, and why now? Rate cuts are a powerful tool to keep the economy on track and are generally reserved for times of economic contraction.

Powell’s answer, which he implied during this week’s press conference, is that he and his colleagues aren’t so much responding to current indicators, but rather to concerns about what is on the horizon.

They see the uncertain trade climate, made even more uncertain by Trump’s tweets and slow international growth, as posing a risk to the US economy. If a downturn is looming, a rate cut is the ticket to eking out the most from this economic expansion.

Critics fear that the Fed is acting too soon and squandering the opportunity to use monetary policy to provide a softer landing into the next economic downturn, whenever it may come. But that assumes that this rate cut is the beginning of an easing cycle with progressively lower rates.

Powell cautioned against that assumption Wednesday, noting that long expansionary periods can have occasional rate cuts and increases that aren’t part of a lengthy easing or tightening cycle. The immediate fall of stocks on Wall Street following the positive jobs report indicates that investors got the message and are assuming they won’t be getting another rate cut soon.

Perfect monetary policy isn’t possible without a crystal ball, so only time will tell whether this cut, the first in a decade, was presumptuous. But there’s nothing inconsistent about the Fed’s stated positions and its action this week. We needn’t look to politics to explain the unease at the Fed.

Even if the Fed rightly refuses to play political games, the president’s tactics are only making a hard job even harder. Monetary policy is an imperfect science, and the Fed is trying to do a big job with a tiny toolkit. Pressure from the president on interest rates, which only stirs up already-fickle financial markets, combined with volatile trade policy, is throwing needless obstacles in the way of an otherwise effective Trump economic policy.

The Fed has historically taken meticulous care to ensure that its messaging doesn’t cause undue panic and instability. Our economy and national interest would be well-served if the president took a similar approach.

Rather than riling up the markets with around-the-clock tweets, Trump should aim to support the Fed’s mission of a prolonged expansion — an outcome that a president seeking re-election surely desires. 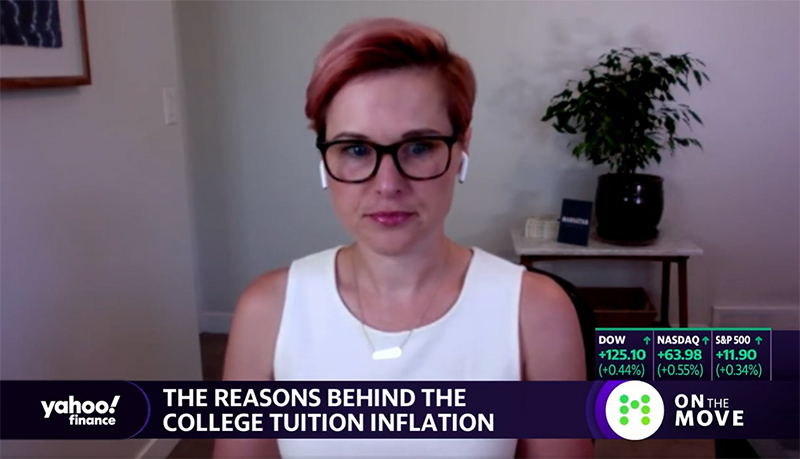