Local needs and problems inevitably vary. It’s our hope, however, that this collection of essays can provide specific new approaches and serve as catalysts for fresh thinking. The health of cities requires it.

Cities, when they are healthy, are associated with economic dynamism: new products and services, new styles and fashions. But thriving cities are built on effective local governments—which themselves should always be on the lookout for new and effective ways to provide essential services.

In this, the third collection of essays on such new approaches to essential city services, the Manhattan Institute’s state and local policy team casts a wide net. Based on talks given at its annual Urban Policy series, we look, as we have in previous collections, at housing and transportation. We look, too, at one of the social ser- vices that many local jurisdictions provide: protection for children in danger of abuse, and at the core service of any government jurisdiction, law enforcement.

Our guiding principle throughout is this: even as the goals of public, and publicly regulated services, remain similar, the means and methods employed to fulfill them should constantly be re-examined.

So it is that Alex Armlovich, a Manhattan Institute adjunct fellow and graduate student at Harvard’s Kennedy School, describes the potential of an Uber- or Lyft-type approach to bus transportation, already emerging in select cities. New York City architect Mark Ginsberg builds on an essential new insight—that housing types are no longer aligned with the size of American households—to sketch a picture of “micro-units” for small households, and the zoning and building codes that can make them possible. A related insight comes from London’s Nicholas Boys Smith, who urges those discouraged by “not in my backyard” resistance to new housing development, to use traditional low-rise and street grid design to defuse it. Renowned criminologist George Kelling adds to his long record of ideas that have revolutionized American policing with an essay that provides a new way of thinking about the thorny issue of when and how police should use their authority—and force. University of Pennsylvania’s Richard Gelles, like Kelling a thought leader in a controversial field, takes child protective services across the U.S. to task for failing to focus on the safety of children themselves. Although pessimistic about change, he calls on social services programs to look to predictive analytics as a guide to intervention in the most dangerous cases.

Local needs and problems inevitably vary. It’s our hope, however, that this collection of essays can provide specific new approaches and serve as catalysts for fresh thinking. The health of cities requires it.

Alex Armlovich is an adjunct fellow at the Manhattan Institute and a graduate student at Harvard’s Kennedy School of Government. He writes primarily on urban issues, such as housing, transportation, and infrastructure, and is the author of MI’s Poverty and Progress in New York series, which benchmarks quality-of-life indicators across NYC. Armlovich’s articles have appeared in, among others, the New York Daily News, New York Post, U.S. News & World Report, Washington Examiner, and City Journal. He holds a B.A. in economics and political science from the University of Rochester.

J. Russell Beaumont is a designer and researcher with a special interest in socially-engaged design and housing. As a Marshall Scholar, he received an M.Arch. in Architectural Design from the Bartlett School of Architecture at University College London and an MA in International Development with a focus on poverty, conflict, and reconstruction from the University of Manchester. He currently works at Curtis + Ginsberg Architects LLP.

Nicholas Boys Smith is the founding director of Create Streets, an independent research institute that encourages the creation of more and better urban homes with terraced streets of houses and apartments rather than complex multistory buildings. It supports reforms to make the planning system more responsive to what people like in the built environment. Boys Smith was a member of both the U.K. Government’s Design Review Panel and the Estate Regeneration Panel chaired by Michael Heseltine, a former British deputy prime minister. He is a commissioner of vi Historic England, a senior research fellow at the University of Buckingham, and an academician of the Academy of Urbanism. Prior to founding Create Streets, Boys Smith was a director at Lloyds Banking Group, a senior consultant at McKinsey & Co., and a political adviser. He was secretary of the Tax Reform Commission for the Rt Hon George Osborne. Boys Smith earned an MPhil with Distinction at the University of Cambridge, where he was president of the Cambridge Union.

Richard J. Gelles is former dean of the School of Social Policy & Practice at the University of Pennsylvania. He currently holds the Joanne and Raymond Welsh Chair of Child Welfare and Family Violence. He was the founding co-faculty director of the Field Center for Children’s Policy, Practice and Research. Gelles is the author of 28 books and more than 100 articles, chapters, and papers, including The Violent Home, the first systematic investigation to provide empirical data on domestic violence, and, most recently, Out of Harm’s Way: Creating an Effective Child Welfare System. Gelles received his A.B. from Bates College, an M.A. in sociology from the University of Rochester, and a Ph.D. in sociology at the University of New Hampshire.

Mark Ginsberg is a partner of Curtis + Ginsberg Architects LLP with over 33 years of professional experience in planning, urban design, institutional and housing projects. He is a fellow of the American Institute of Architects (FAIA), a past president of the New York Chapter of the AIA, an Accredited Professional of the Leadership in Energy and Environmental Design (LEED AP), and president of the Citizens Housing and Planning Council. Ginsberg co-chaired the Post-Sandy Housing Task force and was a member of the AIA National Housing Task Force. He is also a member of the New York State Association for Affordable Housing Ginsberg is a registered architect in the states of New York, Connecticut, and New Jersey. He holds a B.A. from Wesleyan University in Theater Design and Government and an M.Arch from the University of Pennsylvania.

George L. Kelling is a senior fellow at the Manhattan Institute, a professor emeritus in the School of Criminal Justice at Rutgers University, and a former fellow at the Kennedy School of Government at Harvard University. He has been a child-care worker, and a probation officer, and has administered residential-care programs for aggressive and disturbed youth. Kelling has conducted large-scale experiments in policing, one of which led to his essay, with James Q. Wilson, in The Atlantic, “Broken Windows.” He developed the order-maintenance policies in the New York City subway that ultimately led to radical crime reductions, and he has consulted with the New York City Police Department. Kelling is coauthor, with his wife, Catherine M. Coles, of Fixing Broken Windows. He holds a B.A. from St. Olaf College, an M.S.W. from the University of Wisconsin at Milwaukee, and a Ph.D. from the University of Wisconsin at Madison. 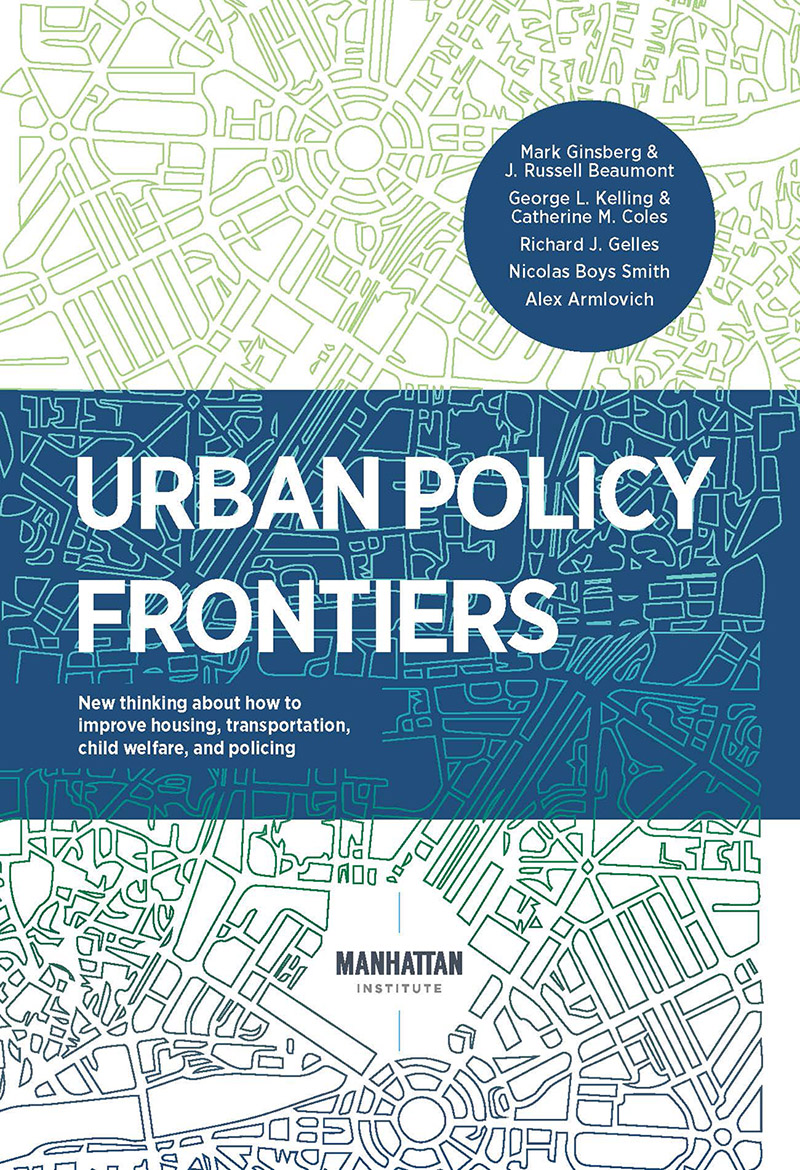