Internet search engines have revolutionized the way that people obtain information. When connecting searchers to websites, Google and its competitors share information, including search terms. In 2010, a handful of attorneys hypothesized that such information-sharing might harm Google’s users. The attorneys then found three people who agreed to claim that they had been harmed; the attorneys also told the courts that there were millions of additional victims.

Google ultimately agreed to pay $8.5 million to settle these class-action claims. Yet the actual settlement—an example of what the Manhattan Institute has dubbed “Trial Lawyers, Inc.”—may surprise nonlawyers: $5.3 million went to charities designated by the plaintiffs’ attorneys; just under $3.2 million went to pay the plaintiffs’ attorneys fees and administrative costs; three $5,000 “incentive” payments went to the three individuals whose names were attached to the lawsuit; and exactly $0 went to the additional millions of Google search-engine users whose alleged victimhood formed the basis of the claim.[1]

The abuse-prone aspect of class-action litigation involved in the Google case is known as the “cy pres” settlement, which pays significantly more settlement money to lawyers—both in fees and in donations directed to their favorite charities—than to their clients. (The six charities that received settlement donations from Google included the plaintiffs’ lawyers’ alma maters and the AARP, formerly known as the American Association of Retired Persons.)[2]

Though cy pres settlements are now common in class-action disputes, they have never been authorized by Congress and have never been approved by the U.S. Supreme Court. But that may change: on October 31, 2018, the Supreme Court heard oral arguments in Frank v. Gaos, a lawsuit challenging the legality of the Google settlement.[3]

See endnotes in the PDF 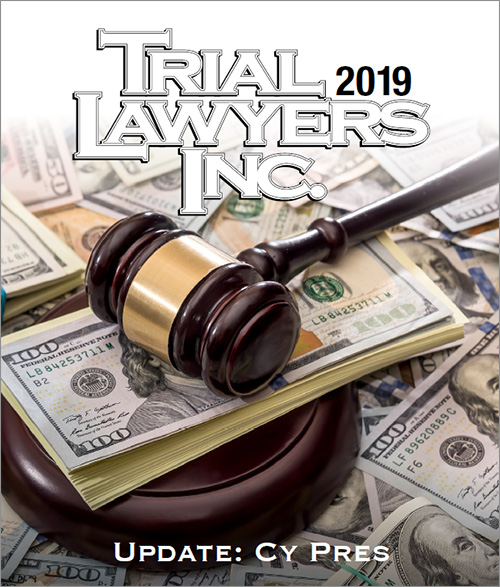