Editor’s note: Michael Hendrix testified before the U.S. House Committee on Financial Services in a hearing entitled “On the Brink of Homelessness: How the Affordable Housing Crisis and the Gentrification of America Is Leaving Families Vulnerable.” Video and written testimony are below.

Good morning Chairwoman Waters, Ranking Member McHenry, and Members of the Committee. Thank you for inviting me to participate in today’s hearing.

My name is Michael Hendrix. I am the director of state and local policy at the Manhattan Institute. Along with my colleagues, we seek to advance solutions for the flourishing of America’s communities.

My key message to the committee is this: America must allow more housing supply where there is housing demand. Not doing so actively harms low-income and marginalized Americans. State and local governments must lower the regulatory barriers standing in the way of new and more affordable housing. And the federal government can play an important role in informing and incentivizing housing reform.

America’s housing is increasingly unaffordable. Roughly 25% of renters nationwide spend more than half of their incomes on housing. In pricey, opportunity-rich cities like San Francisco or New York City, real housing prices have tripled and doubled since 1970, respectively. Even a once-affordable area like Collin County just north of Dallas, Texas, has seen its share of homes sold for under $200,000 drop from 51% in 2011 to just 5% in 2018. The result: a crisis of affordable housing, and a growing fear of homelessness and displacement among many Americans and their families.

Housing unaffordability is rooted in housing inaccessibility. Demand is outstripping housing supply for the eighth year in a row nationwide, now to the tune of 370,000 housing units a year. For every 10 households formed from 2010 to 2016, only seven homes were built. Far too many Americans now fear being priced out or pushed out of basic shelter. And their choices are limited: a survey of American cities found that is illegal on 75% of residential land to build anything but a single-family home.

Demand is highest in the places where housing regulations are the most stringent, such as Manhattan or San Francisco, where the cost of local land-use regulations are estimated to account for half of land values and housing permitting times are three times longer than in less-regulated places (a similar dynamic exists in other coastal cities, such as Boston and Los Angeles, and is increasingly true for the nation’s interior). The artificially high costs stemming from regulatory barriers—such as onerous zoning regulations, discretionary and environmental reviews, impact fees, and one-size-fits-all affordability mandates—mean scarcer homes at higher prices.

As a result, fewer Americans are moving to opportunity—and minorities, working families, and low-income Americans, in particular, have scarcer choices for where and how they live. Homelessness is on the rise for the third straight year, in no small part due to being poor in housing-constrained markets, such as California. Meanwhile, the number of black and Hispanic Americans living in high-poverty neighborhoods has risen by nearly 80% since 2000. Economic segregation is becoming more entrenched while racial segregation persists. And in the face of high rents, an eviction notice too often compounds a long string of financial strains for many families.

Housing cannot become more affordable without becoming more available. Tight restrictions on housing supply are predominantly found at the local level, and that is where we first look for solutions. It is government, after all, that has failed. Nevertheless, states and the federal government have an important role to play in reforms. The goal? More open housing markets accessible for more people.

America’s lack of affordable housing has three answers: building more units, subdividing existing units, or subsidizing rents. Ultimately, only allowing more housing to be built in this country resembles anything like a long-term solution. Communities that accommodate both existing residents and newcomers are places prioritizing in-placement rather than displacement.

We must loosen the grip of restrictive housing policies that contribute to unaffordable housing, homelessness, disparate opportunity, and destabilized communities. America should enjoy greater markets in housing, not less, such that supply can better meet demand. Freeing up so-called “missing middle” housing in single-family neighborhoods or allowing density around transit hubs represent low-hanging fruit for reform. Importantly, reducing zoning regulations alone is estimated to lower differences in racial segregation between neighborhoods by more than a third. And as one recent paper found, lifting planning regulations nationwide could, on average, result in income gains of more than 25% in real terms. These findings echo a prior study that found that the average worker would see an annual wage increase of $8,775 if they were able to move freely to high-productivity places without these housing barriers.

Communities across America should ease regulations governing land use, full stop. We should legalize housing of all types for every income level, including for those without housing in the first place. Localities can ensure that these homes are approved simply, quickly, and clearly. Moreover, housing should not be burdened with unnecessary minimums on lot size or parking or restrictions that have nothing to do with health or safety.

Affordable housing is often unaffordable to build—not only because of government inefficiencies, but because they face the same exclusionary land-use policies that apply to market-rate housing. At the current median cost for building and rehabbing affordable units, it would take at least $1.5 trillion to build the number of units needed for poor Americans; projects cost anywhere from $74,000 in Texas to $739,000 in California per unit. It’s already taken more than three decades to build or rehab roughly 3 million affordable housing units with federal aid, and that’s less than half of what’s needed to keep up with demand. The truth is there will never be enough publicly-provided affordable housing in America.

That is why naturally-affordable housing is an important source of homes for millions of Americans—and a critical part of the answer to the crises of shelter we face today. These include smaller or shared housing, backyard and garage apartments, manufactured homes, and roommates sharing their living space. States such as California should be applauded for removing barriers to the development of accessory dwelling units (ADUs) and duplexes; once effectively legalized in Los Angeles, permit applications for ADUs increased 30-fold. Elsewhere, startups like PadSplit are finding ways to create profitable, naturally-affordable housing without subsidy by turning the “spare” bedrooms in single-family homes into rental units—held back only by regulatory obstacles that excessively limit the number of unrelated persons allowed to live under one roof.

Freer markets may not immediately lead to more economical housing. For many, the promise of new housing is a hope too often answered in years, not days. That is why well-funded housing subsidies provided directly to recipients are important for providing below market-rate shelter in a timelier fashion. And significantly, vouchers offer flexibility and avoid entrenching people in pockets of poverty and segregation. Experiments by the Seattle and King County housing authorities, together with Harvard’s Raj Chetty and his collaborators, show how pairing the distribution of Section 8 housing vouchers with information and personalized assistance boosts the share of families moving to high-opportunity neighborhoods from 14% to 54%.

More funding for vouchers and other forms of housing assistance must still be paired with more housing down the road. After all, if the supply of housing continues to be constrained, demand-side subsidies will lead to even higher prices that further limit the options of all residents, including those with vouchers.

Removing barriers to affordable housing must ultimately occur at the state and local levels. Nevertheless, the federal government can use its influence to help address the very real concerns around affordability, homelessness, and gentrification. For one thing, as the Department of Housing and Urban Development (HUD) demonstrated with its draft Affirmatively Furthering Fair Housing (AFFH) rule, it has the authority to set clearly defined and simple metrics scoring communities on housing availability and affordability in order for mayors to compete for federal dollars and prestige in a “race to the top.” Localities should demonstrate actual progress in, say, righting the wrongs of redlining through zoning reform, and in turn HUD funding and even transit dollars can be scored to actual progress in reforming housing markets.

All too often, be it in low or high-income neighborhoods, a small number of rigidly change-averse residents keep entire communities from adding desperately needed new units. Now is the time for more Americans to stand up for housing growth—including those who are entrusted with federal office. These barriers to affordable housing exist for public and private sectors alike. But whatever we do, we must avoid the temptation to solve a problem rooted in regulations with more regulations. We cannot legislate the laws of supply and demand. But together we can help America’s housing market become both free and fair. 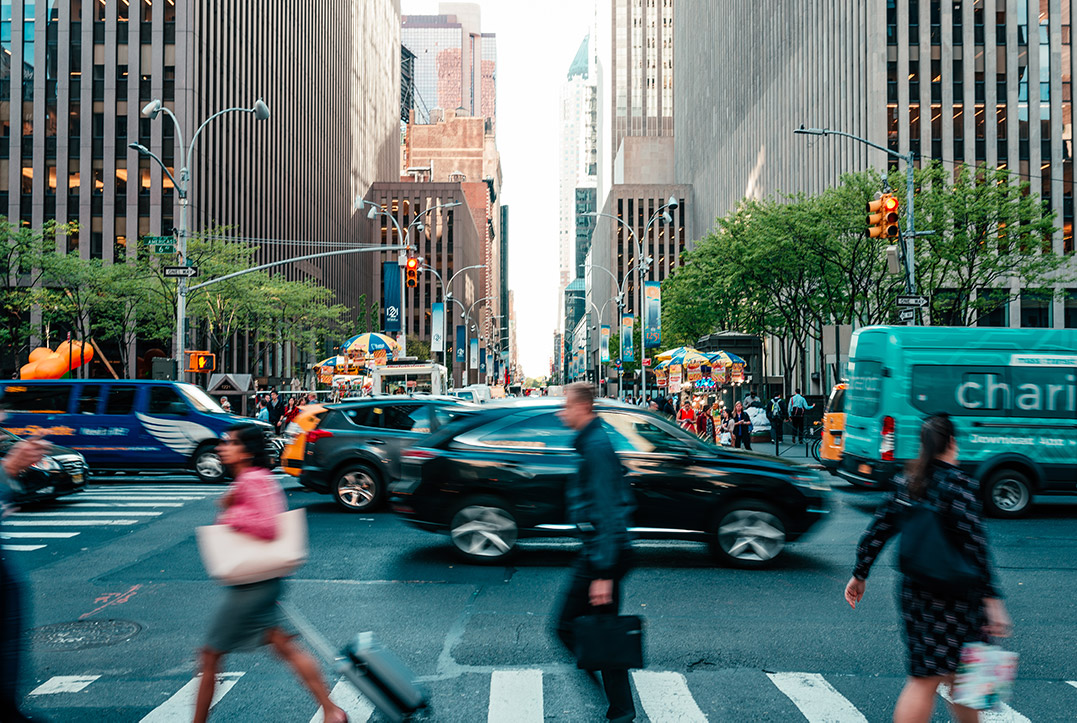 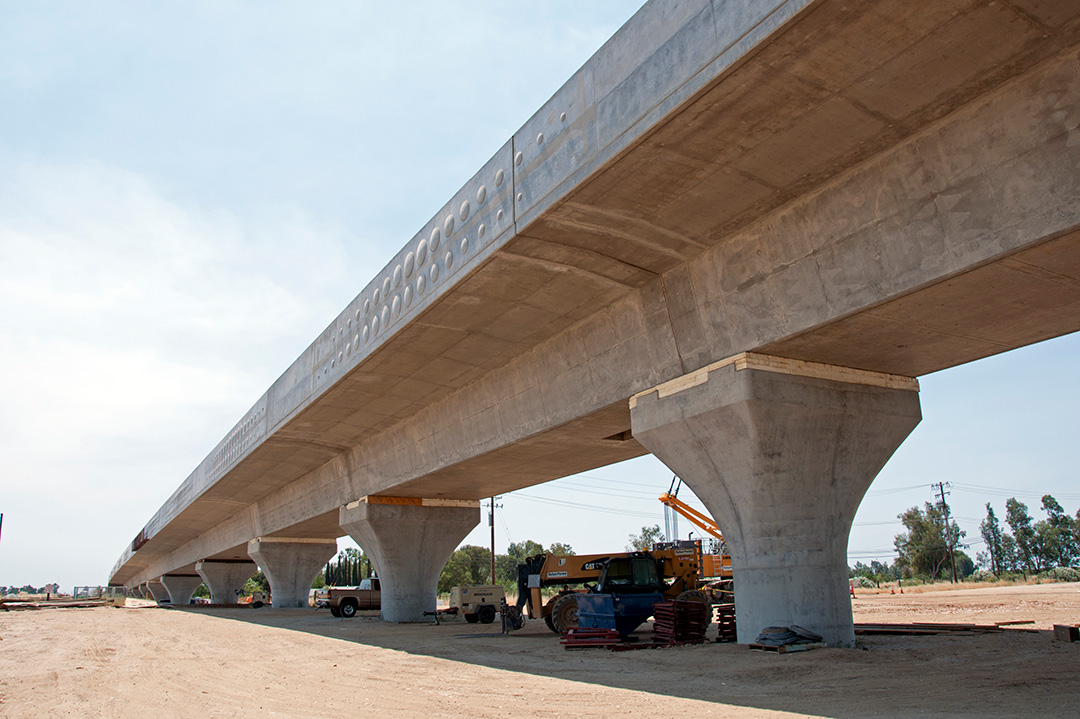