The Manhattan Institute commissioned the Siena College Research Institute to survey New York City adults earning at least $100,000 a year to understand their views on the future of work and the quality of life in the city and their likelihood of leaving. The poll was conducted during July 13–August 3, 2020, with random telephone calls to 782 relevant adults. The sample comprised 71% Democrats, 11% Republicans, and 14% independents and has a margin of error of 4 percentage points. Results are from all respondents who affirmatively answered in this survey as earning $100,000 or more annually. This analysis builds on the Institute’s recent poll of New Yorkers conducted with Echelon Insights.[1]

We found that 44% of high-income New Yorkers say that they have considered relocating outside the city in the past four months, with cost of living cited as the biggest reason. More than half of high-income New Yorkers are working entirely from home, and nearly two-thirds believe that this will be the new normal for the city. Of those considering leaving New York City, 30% say that the possibility of working remotely makes it more likely that they will move.

Nearly two in five New Yorkers making six-figure salaries or higher believe that the city is headed in the wrong direction. These high-earning residents report a steep drop in the quality of life since March, with satisfaction cut in half since the onset of the Covid-19 pandemic.

Residents who earn $100,000 or more make up 80% of New York City’s income-tax revenue, making the city government vulnerable to tax-base erosion.[2] That personal income tax, in turn, accounts for 22% of the city’s overall tax revenues.[3]

With recent headlines of people “fleeing” New York City, particularly among the city’s higher-earning residents, the Manhattan Institute is continuing to take the city’s temperature as we chart a path forward.

Of New York City residents who earn $100,000 or more annually, 44% have considered moving out of the city in the past four months (see Figure 4). Looking ahead, 37% say that it is at least somewhat likely that they will not be living in the city within the next two years.

The desire to leave New York City appears to vary somewhat by age. Of respondents 65 years and older, 76% have not considered moving out of New York City since the coronavirus pandemic began, compared with 49% of those aged 18 to 44. And while 72% of those 65 and older think that it is “not very” or “not at all” likely that they will leave the city in the next two years, 55% say the same among the 18–44 age group.

The cost of living, more than any other factor, contributes to the likelihood of leaving New York City (see Figure 5). A total of 69% of respondents cite cost of living as a reason to leave the city; that figure is even higher among black (77%) and Hispanic (79%) respondents. Other reasons cited by respondents considering leaving New York City include crime (47%), desire for a nonurban lifestyle (46%), and the ability to work from home (30%).

The Future of Work

Only 11% of those earning six-figure salaries in New York City said that they are working entirely outside the home. By contrast, 53% are working entirely from home, and 21% are not currently working at all (this latter group could either be retired, furloughed, or independently wealthy and receiving passive income). Black respondents are most likely to be working from home (70%), compared with 51% of Hispanic/Latino respondents and 50% of white respondents.

Many believe that this state of affairs will continue: 65% said that working from home will be the new normal for many New Yorkers, while 30% think that people will eventually return to working as they did before the crisis (see Figure 3). A total of 71% said that they would like to work from home at least three days a week on a permanent basis; that figure rises to 85% for Hispanics/Latinos and 83% for black respondents.

Working from home would be a reason to relocate out of New York City for 30% of those respondents who have considered leaving. Among an anecdotal sample of 50 respondents to this survey who earn six figures and have already moved out of the city, 24% said that working from home was the reason they did so. At the same time, most respondents (64%) say that it is not at all likely that their employer would consider relocating its New York City offices to a different state, even if New York State increased business or personal income taxes.

Of New Yorkers earning at least $100,000, 38% believe that the city is headed in the wrong direction, compared with 53% who believe that it is on the right track (see Figure 1). For the most part, those in both groups believe that New York City was on the same track prior to the coronavirus pandemic.

The results reveal a partisan split, with 62% of Democrats saying that New York is on the “right track,” while 72% of Republicans say that it is headed in the “wrong direction.” And there is regional variation across the city’s boroughs; in the Bronx, the belief that the city is on the right track is 22% higher today than it was before the pandemic, while other boroughs had little to no movement in opinion.

Some 80% of New Yorkers earning six-figure salaries or higher believe that economic activity in the city will take longer than a year to recover, while 20% say that the economy will return to normal in the next 12 months. Older respondents are more pessimistic about the recovery, with 89% of those 65 years and older expecting recovery to be more than a year away.

The Quality of Life

Only 38% of New Yorkers surveyed said that the quality of life now was excellent or good, a drop by half, from 79% before the pandemic (see Figure 2). Most believe that the city has a long road to recovery: 69% say that it “will take longer than a year” for quality of life to return to normal.

Turning to challenges for New York City, 75% of respondents cited income taxes as a problem, while 72% pointed to traffic and 68% to the reliability of public transportation. The greatest concern of all was the likelihood of coronavirus spread, with 90% saying that it posed a problem for them.

Among respondents with children who attend public school in New York City, more than half (53%) said that they are very concerned about sending them back to school, including 76% of black respondents. Those in the Bronx (72%) are warier of sending their children to reopened physical schools than those in Manhattan (40%).

Income taxes appear to be a bigger concern for respondents than property taxes (75% to 60%, respectively, saying that these taxes are at least somewhat serious problems). Even for these New Yorkers earning six-figure salaries and above, 89% cite the cost of living as a problem.

Views on the reliability of public transportation and traffic are less negative, though respondents from Staten Island were far more likely to view traffic as a “very serious problem” (65%) than respondents as a whole (38%). Opinions on sales taxes are also mixed, with 53% saying that it is a “very” or “somewhat” serious problem and 46% saying that it is not a problem.

Respondents were also asked which aspects of the city they appreciated most before the pandemic. Arts and culture, the vibrancy of life in the city, and New York City’s bars and restaurants are all valued “a great deal” by those New Yorkers earning over $100,000. Places to eat and drink, as well as arts and culture, are particularly valued by residents of Manhattan (95% and 97%, respectively, either a “great deal” or “somewhat”). Younger respondents (aged 18–44) particularly value the economic opportunities of New York City as well as its restaurants and bars (both by 94%), while those aged 65 or older were likelier to appreciate arts and culture a “great deal” (84%). Maintaining and restoring these urban amenities may help in retaining (and attracting) high-income residents in New York City. 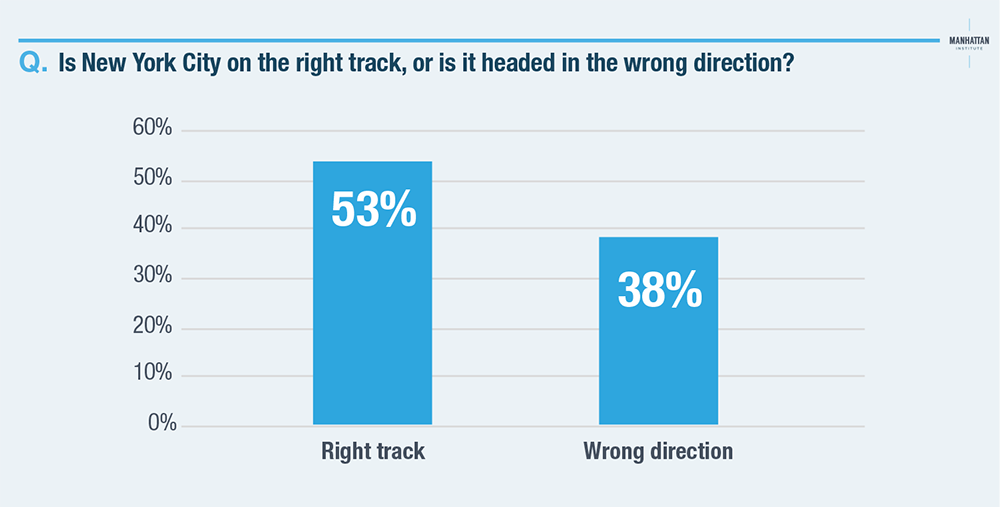 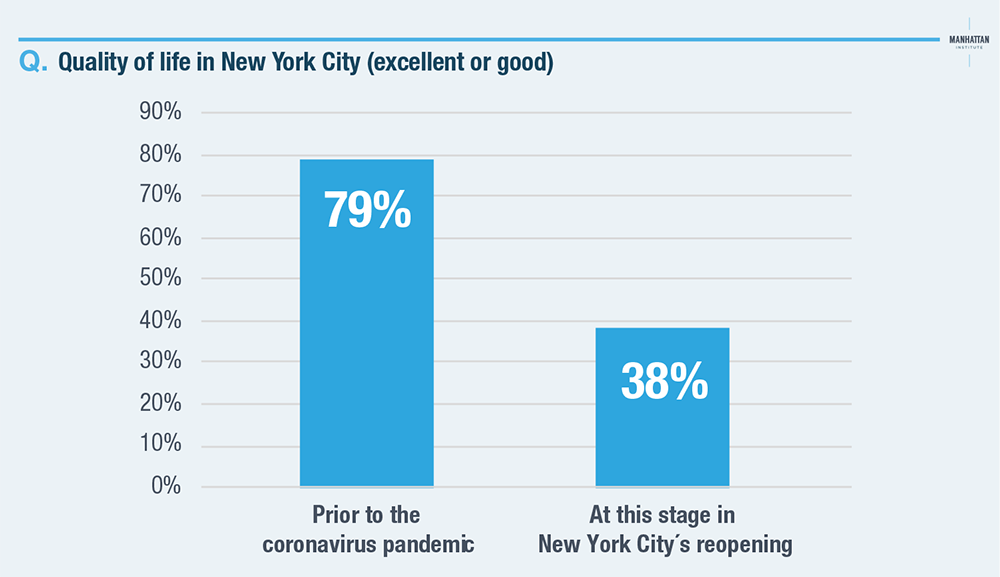 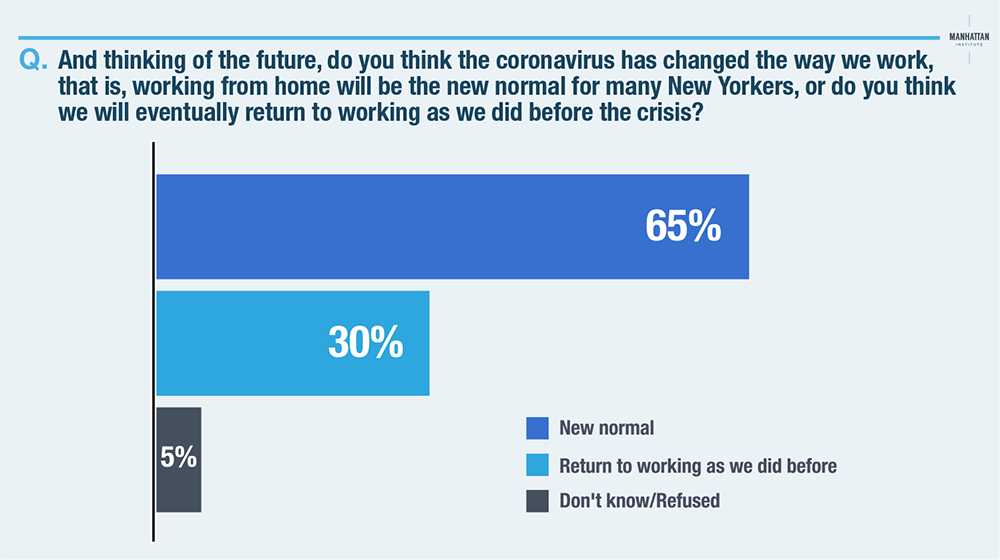 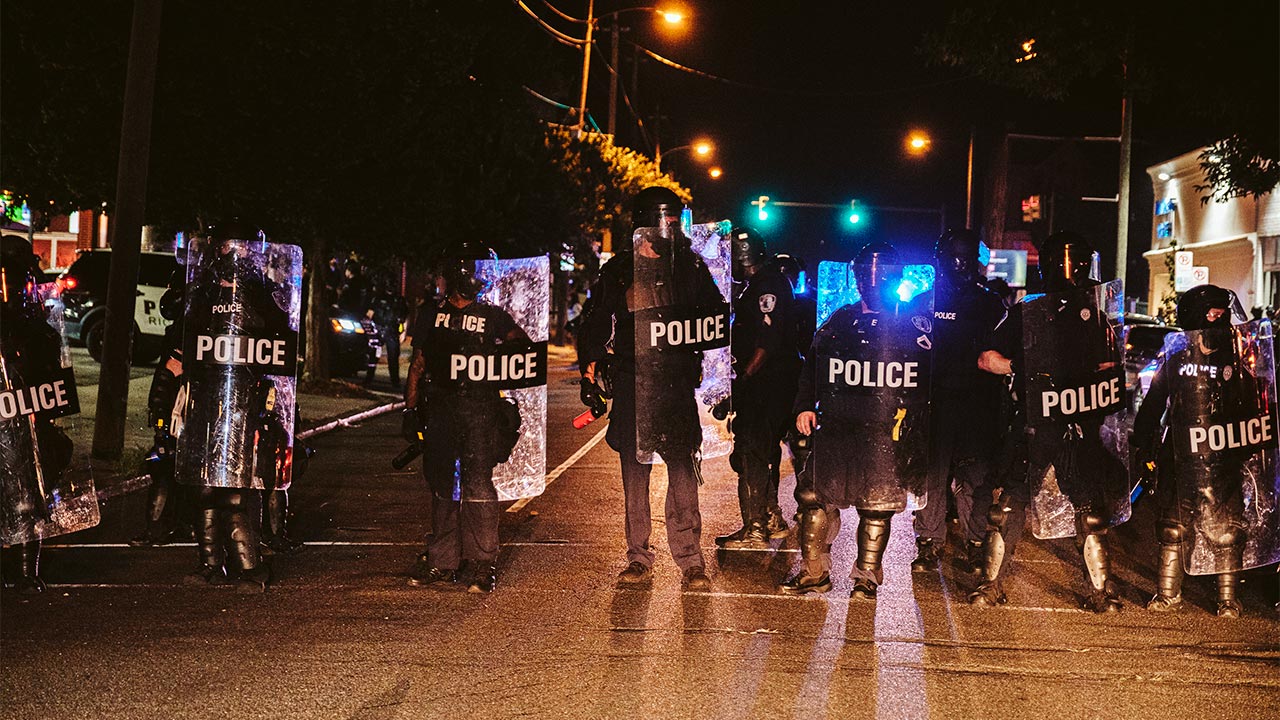 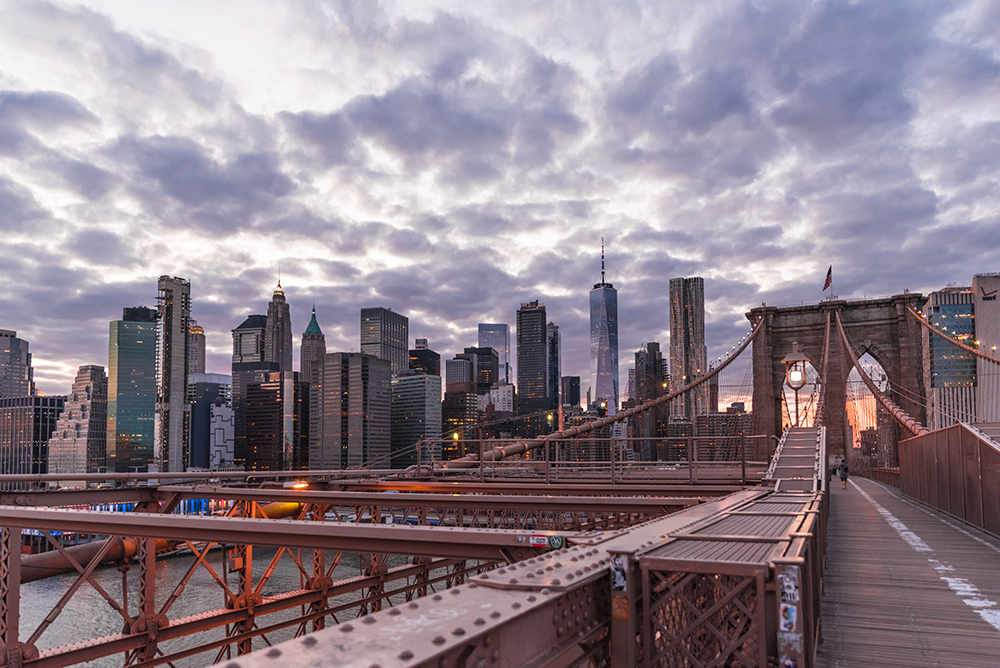 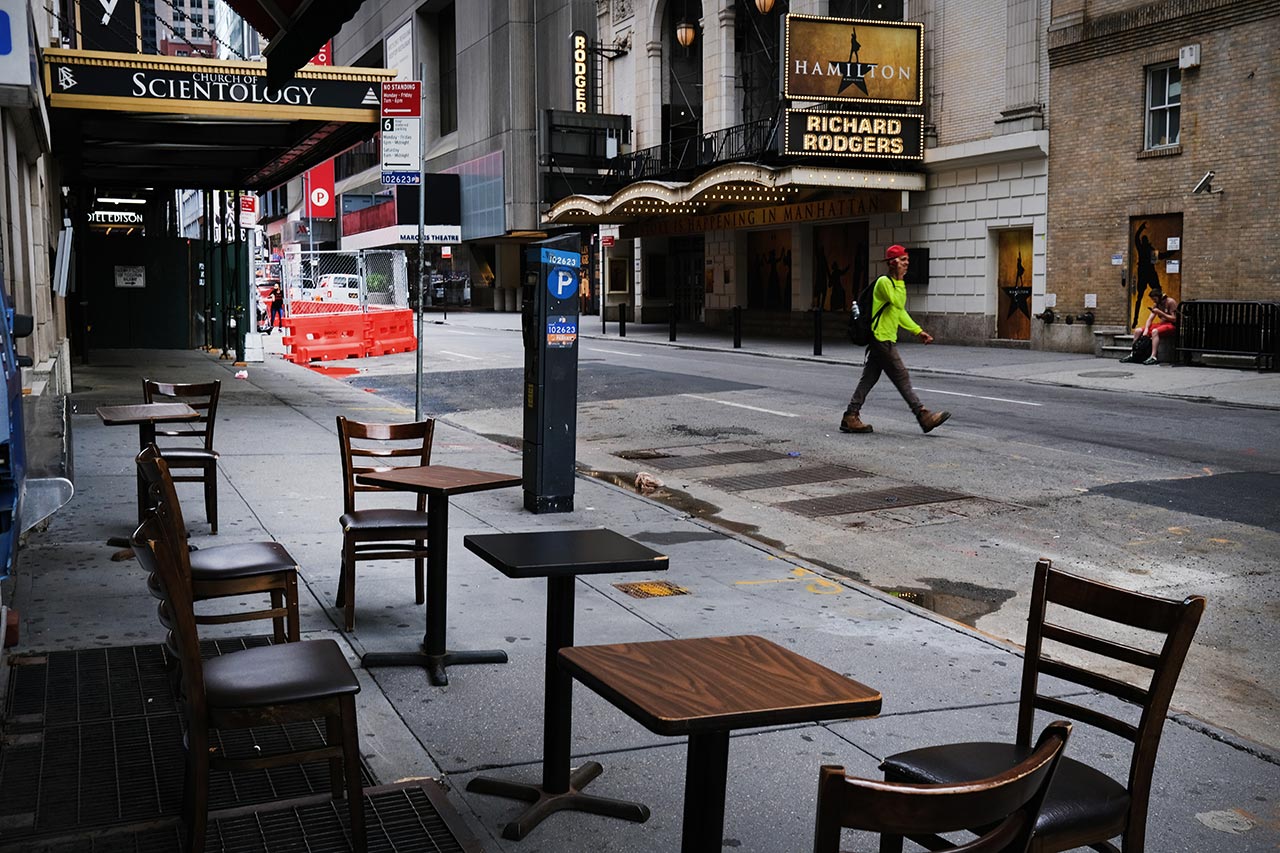 NYC: Not Dead, but on Life Support 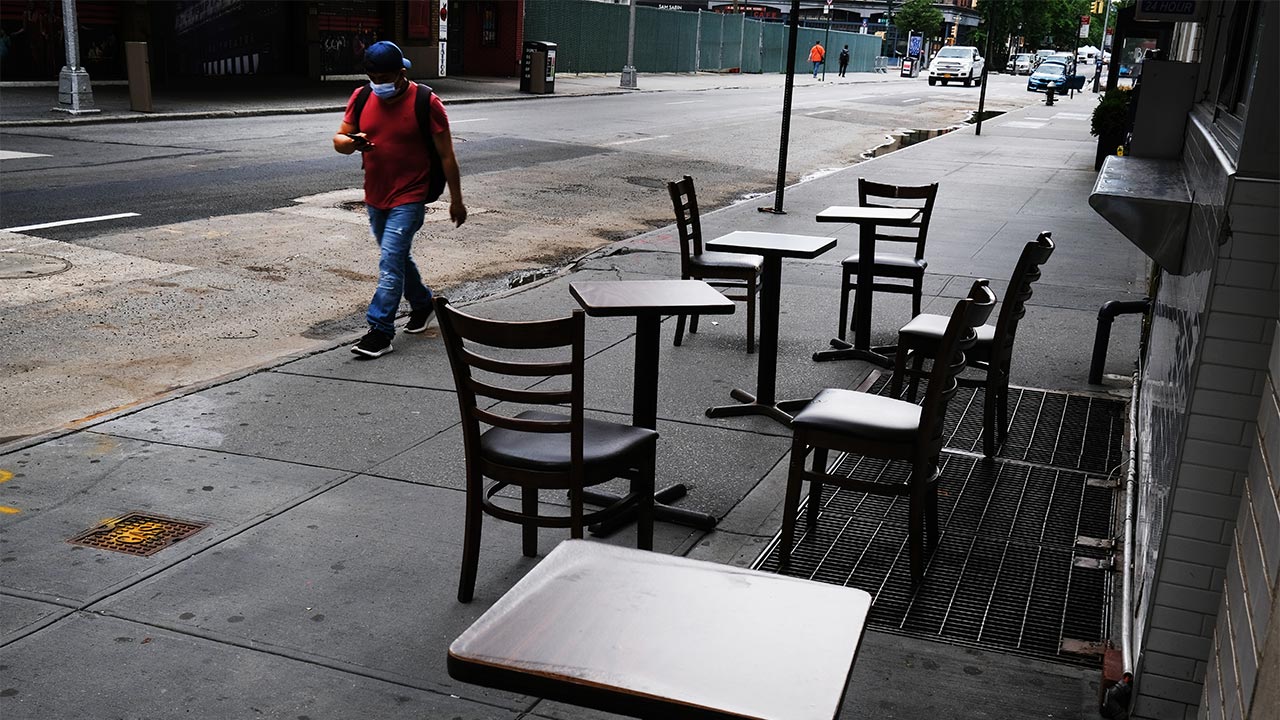 We Are Suffering From a Social Recession, Too.