“Coal keeps the lights on.”

So reads the slogan — call it an industry advertisement — stamped in black letters on a steel-gray coal chute that traverses Pennsylvania Route 54 in the northeastern part of the state. This is Schuylkill County, in the center of the world’s most extensive deposits of anthracite coal. Substantial deposits, worth tens of billions of dollars at current market prices, remain in the ground even after a century and a half of mining here. Near the dirt road leading to the electricity plant stands a sign placed by the Pennsylvania Anthracite Council on behalf of its mission: “reclaiming the past — fueling the future.”

These pronouncements exhibit a note of defensiveness — and understandably so. As I made my way along Route 54 on a sunny weekday toward summer’s end, 16-year-old climate activist Greta Thunberg had recently completed her voyage westward across the Atlantic aboard a zero-carbon-emissions yacht. In this context, “coal keeps the lights on” might sound like an embattled region’s middle-finger rejoinder to this uncompromising message, one voiced by many Democrats vowing to enact a Green New Deal to phase out fossil fuels.

Schuylkill County, with a population of about 142,000, voted 70 percent for Donald Trump in the 2016 presidential election, giving Hillary Clinton less than 27 percent — in part because of Trump’s embrace of coal. Yet, as I discovered in my visit to this region as a new presidential election approaches, Pennsylvania is, as ever, a battleground state: The attitudes here remain contested, about Trump and even about King Coal.

Nowadays, to drive along the winding roads of Schuylkill County can be, for long stretches, to experience a pristine country scene — cornfields, glimpses of deer, Green Mountains in the distance.

But then, there it is, just behind a grove of trees along the highway — a gaping black gash in the earth, the site of a coal mine no longer in use. Paces from the Mahanoy Area public school grounds, a shallow creek has an odd-looking orange hue — the result of iron runoff from coal mines. Many waters emit the rotten-egg odor of sulfur.

What stands out to first-time visitors to Schuylkill County, though, is the ravage to the man-made settlements that remain. The motorist exiting I-81 for Mahanoy City is greeted by small, soot-stained rowhouses, a fair number boarded up, with boxed trash set on rotting wooden porches shaded by tattered awnings.

“Our biggest problem is blight,” Thom Maziekas, borough council president of Mahanoy City, 68 years old and a lifelong resident, acknowledged of his town. We were chatting on his front porch, a pack of Kools by his side, an abandoned store across the street. The town’s population, at its height 16,000, is down to 4,000.

These depressed conditions owe, not simply to the steep decline in the coal industry, but also to the closure of several local shirt- and dressmaking factories. Maziekas, an unwavering Trump Democrat (he voted for Barack Obama but felt let down by the president), blames the demise of these businesses on the North American Free Trade Agreement, against which Trump campaigned.

As much as 30% of the family housing in Mahanoy City, Maziekas said, is classified Section 8 — the provision of federal housing law that provides qualifying low-income families with substantial taxpayer subsidies for private rental housing. Numerous residents in Mahanoy City and other towns in the region told me about how Section 8 works in their communities.

To start with, a rowhouse, generally unencumbered by a mortgage, is abandoned by the local owner, its property taxes left unpaid. After several years, an “investor” buyer — a speculator from outside the area — steps in with an offer, via a local middleman, of $1,000 or so for the property, with the county forgiving the back taxes. The investor puts a few thousand dollars of work into the unit for basic repairs, enough to win the prized Section 8 classification. Low-income renters move in, and soon enough, the stream of rent payments is generating a profit for the investor on the sunk cost of acquiring and upgrading the place.

The lure of cheap housing is partly behind demographic change. Families with roots in such places as the Dominican Republic, Puerto Rico, and Mexico are moving into a region long dominated by people tracing their ethnic heritages to Ireland, Wales, Poland, Lithuania, Germany, Italy, and other parts of Europe. In Shenandoah, about five miles from Mahanoy City, nearly half the 1,000 or so students in the K–12 public school system are not white.

Resentment of the Latino presence — especially among older white voters — probably contributed to Trump’s support in 2016, with his vow to build a wall to keep illegal immigrants from crossing America’s southern border. In 2008, a 25-year-old illegal immigrant from Mexico was beaten to death in Shenandoah by white high school football players, with the town’s police chief later convicted by federal prosecutors for falsifying a report related to the attack. The incident drew national press, rendering Shenandoah a bubbling cauldron of antagonisms. This one-dimensional portrait omitted a long history of sectarian strife in time largely overcome in the region.

A chance at revival

Maziekas retains an abiding belief that Schuylkill County can be revived, and the ticket is the hard-coal business. On first hearing this, on his front porch, I thought it sounded like a last choked gasp of support for a dying industry.

His constituents, I had discovered, did not uniformly agree with their borough president. “I don’t want my kids to suffer from global warming,” one resident, in his mid-40s, told me. As for Trump, “I hate the bastard,” he said. A middle-aged woman told me that she had voted for Trump but now, notwithstanding continued support for the president from her husband and voting-age children, she would back any Democratic challenger, including “a monkey,” because she is so fed up with his “bad policies,” not least his refusal to acknowledge global warming.

I came across a similar sentiment in Ashland, 10 miles west of Mahanoy City. Trump “sold people a bill of goods here,” a retired police officer told me over Subway sandwiches. His father, he said, died of black lung disease from working in the coal mines; so did his neighbor, a hunting buddy. So far as he is concerned, coal should be bid good riddance.

Some young people seem to agree. At the Mahanoy Area High School, students in an environmental science class participated in September’s Global Climate Strike — a week of actions to “end the age of fossil fuels” — by creating posters such as one depicting the planet as an electric lightbulb and asking: How many people does it take to change the globe?

The political crosscurrents in Schuylkill County undermine the notion that geography sorts America into pure red and blue sections, a neat division between the heartland interior and the coasts, the camps isolated in “information bubbles.” The division, I saw from my conversations, isn’t so neat. Our nation’s culture wars are waged not only between sections but also within communities, sometimes even within families.

But whose vision of the future will win?

Without an appointment, I dropped in on J. Greg Driscoll, president and CEO of Blaschak Coal. The Pennsylvania anthracite industry’s annual output, he told me, has risen to between two million and three million tons, up from a low of one million in 2007. Asked whether he credited Trump for the boost in industry fortunes, he answered crisply: “No.” Still, he’s a Trump supporter: Asked if he could support Joe Biden, a native of Scranton, in Pennsylvania hard-coal country, he replied: “I’m pro-life.”

I joined Driscoll the next morning at an active Blaschak coal-mining project, the site of a surface mine where work had ceased under a previous operator. We donned hard hats and bright yellow safety vests and stood at the lip of an enormous open pit worked by a team operating heavy machinery. From an 80-foot-thick seam of hard coal, Blaschak aims to produce as much as 300,000 tons of anthracite annually, over 20 years. A $1 million grant from Pennsylvania’s Redevelopment Assistance Capital Program is helping to fund the work.

Out of earshot from the boss, I spoke with a senior worker at the site. Charles Gasperetti, 44, a member of the United Mine Workers of America, told me he has been mining coal since the age of 20. His wage earnings, including overtime, approach $70,000 annually, plus health-insurance benefits. These are very good jobs for this area, he noted, providing enough for a worker to own a home and support a family. As for politics, his rule of thumb is that hard-coal miners have steady work when Republicans control the executive branch in Washington. He voted for Trump in 2016 and plans to do so again — and as far as he knows, his coworkers are of the same mind.

Their political mind-set is not solely determined by coal, though. Democrats are perceived as hostile to gun rights, in a region that cherishes hunting. For Gasperetti and his fellow workers, the first day of hunting season, by their union contract, is a paid holiday.

A future beyond coal?

Pessimism is plentiful in Schuylkill County, its veins as deeply etched as the coal seams. “These communities are done,” the retired Ashland police officer told me. The county’s population has declined by 4% since 2010 and by 12% since 1980.

Still, as Stanley Sabol, principal of Mahanoy Area High School, countered, coal mining also has a positive legacy. The region’s “work ethic is unbelievable,” he said, and “it comes from the coal industry.” The county’s unemployment rate, at 4.7% in September 2019, was down from 12.5% in February 2010.

In fact, signs of revitalization suggest a future for the region beyond coal. For Shenandoah, a Center for Education, Business & Arts is well under way, with land purchased and Pennsylvania State University a committed tenant. The goal is to advance careers in the trades — to assist those aiming to start businesses as electricians, plumbers, woodworkers, bakers, jewelry-makers, and other vocations not requiring a college degree.

Mary Luscavage, executive director of Downtown Shenandoah, noted, as did others with whom I spoke, that tensions between Latinos and other/white residents are diminishing. A declining share of Latino children in Shenandoah’s schools need to take English as a second language, and Latino-owned businesses are gaining a foothold.

Health care is already creating jobs here: In 2018, ground was broken for a three-story, 120,000-square-foot acute-care hospital — to be “built with American steel,” the project’s commissioners noted — southeast of Pottsville, near Orwigsburg. With nearly 800 farms in the county, greater potential exists for agriculture and related industries like food processing. South of Pottsville, Norsk Hydro (the Norwegian-headquartered and partly state-owned global conglomerate) operates one of the world’s largest aluminum fabrication plants.

There is the prospect, too, of a growing industry built around renewable energy: atop Shenandoah heights, on the hills overlooking the town, turbines are at work, their giant white blades rotated by the wind.

A more diversified economic base, with coal as one element among others, could change political dispositions in Schuylkill County. An industry like health care, after all, doesn’t polarize as coal does, and it is not threatened in the same way that the region’s textile business was by foreign competition. Ultimately, though, the region’s fate lies in the hands of the young — whether they’re defending fossil fuels or protesting them.

Will this land of hard times and hard luck prove economically capable of keeping them here, to build adult lives? The defining vote in these parts will be with the feet — whether staying put or moving on.

This originally appeared in The Philadelphia Inquirer

Paul Starobin is the author of A Most Wicked Conspiracy: The Last Great Swindle of the Gilded Age. This piece was adapted from City Journal. 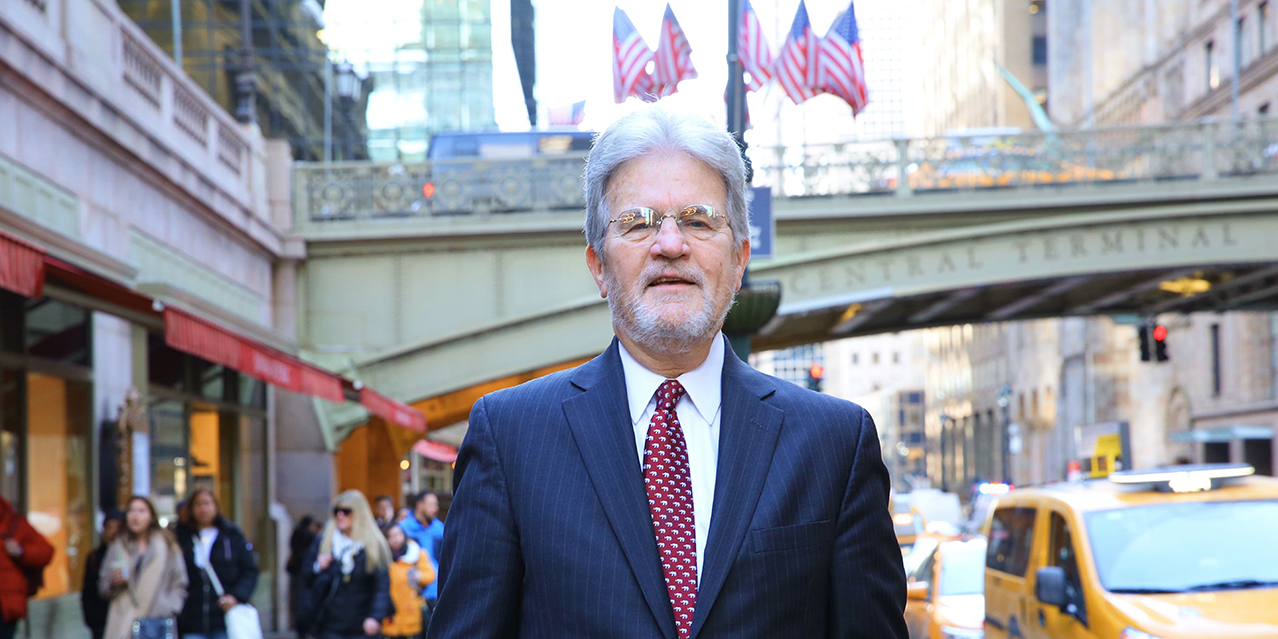