One recent morning a disheveled, visibly disturbed man ran frantically around the lobby of San Francisco’s Mark Hopkins hotel, the historic and elegant property located at the crest of tony Nob Hill. As one of that city’s designated Front-Line Worker Housing (FLWH) hotels, it’s reserved for health-care and public-safety employees working on COVID-19-related matters. But San Francisco is surreptitiously placing homeless people in luxury hotels by designating them as emergency front-line workers, a term that the broader community understands to mean doctors, nurses and similar professionals.

“Do I look scary to you?” the man demanded. “They’re trying to evict me because I wanted more towels but I’m homeless! They called the cops on me.” He dashed out the door and around the grand circular entrance, where two police officers attempted to resolve the situation. Soon a cab pulled up and an inebriated couple emerged, holding full plastic trash bags. They fought, screaming at each other until the woman entered the lobby and her partner lit a meth pipe in the garage area. More “front-line workers.”

If neighborhood residents were more aware of the influx of these new guests, who frequently suffer from drug addiction and severe mental illness as well as having criminal backgrounds, they might object. Consequently, the city has evoked emergency-disaster law to keep the information private. Officials refuse to notify the public about what is happening in their community and are blocking the press by withholding the list of hotels and preventing reporters from entering the properties. The Department of Emergency Management has attempted to spin the secrecy by claiming, “Disclosure of the names of hotels where people are being sheltered could jeopardize the privacy and safety of the vulnerable people whom the City has placed there if the public and the press become aware of the circumstances of their placement and could increase the risk that they will be subject to discrimination or harassment on the basis of their health status or status as an unsheltered person.”

Erica Sandberg is the author of “Expecting Money: The Essential Financial Plan for New and Growing Families” (Kaplan Publishing). This piece was adapted from City Journal. 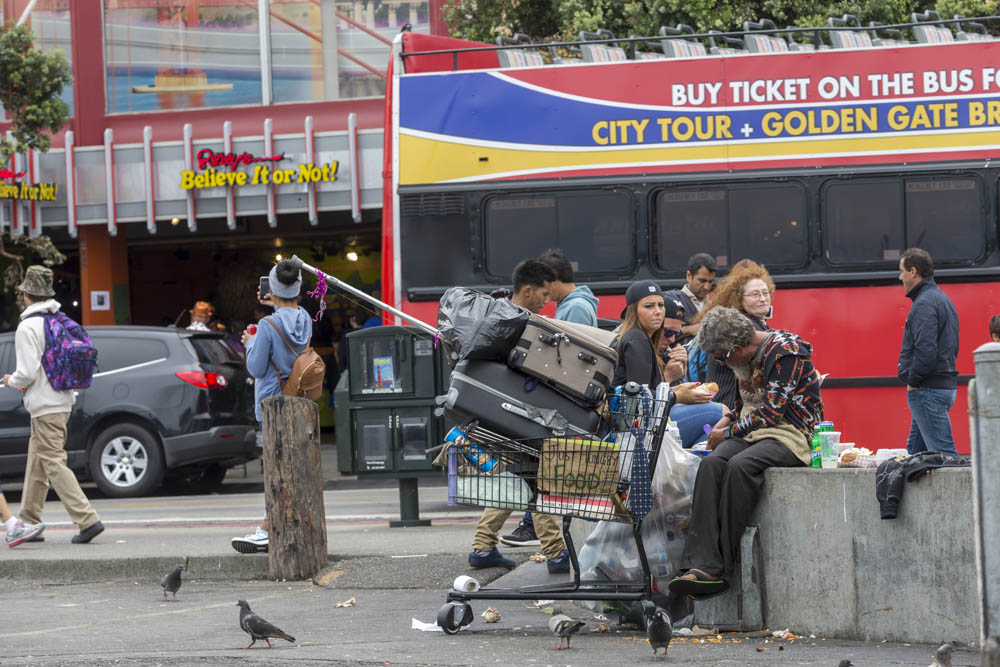