ON CITY COUNCIL'S APPROVAL OF THE NYC 2021 BUDGET

Mayor Bill de Blasio’s 2021 budget deal simply returns spending to 2018 levels and payroll to 2019, even as the city faces its deepest economic downturn since the Great Depression. The reality is that New York City is still in a serious fiscal crisis even after its coronavirus-fueled budget cuts.

This budget deal avoids tough decisions and the pretense of planning. There are no details on how the city will achieve $1 billion in labor savings. There is no plan on how the city will reshuffle $1 billion from the NYPD. There is no reckoning with future cuts from the state. No one actually knows how New York City’s budget was “balanced” this year.

What we do know is that this is the first budget Mayor de Blasio and nearly the entire city council has ever had to cut. And that New York City’s budget will likely be out-of-date as soon as the revenue picture becomes clearer.

New York City needs to seriously reckon with its fiscal distress—now and for the future—and must stop looking to the state and federal governments to bail out bloat. Rather, our city’s leaders must look to fiscal necessity as a driver of innovation and an opportunity to retain and attract talent. New York City must improve its prospects for economic recovery by lowering barriers to growth.

The best answer to a shrinking budget is a growing New York City.

This document isn't so much a budget but a prayerbook.

On the tax-revenue side, the city is still erring on the side of optimism when it comes to the expected drop in tax revenues. Last November, the city projected to take in $128.9 billion in tax revenue across fiscal years 2020 (which ended June 30th, 2020) and fiscal years 2021 (which begins July 1st, 2020). Now, the city expects to take in $120.7 billion across these two years, a 6.4 percent drop relative to expectations. However, this represents just a 4.4 percent revenue drop, between fiscal year 2019, the last full year before this crisis hit, and fiscal year 2021, in collected revenues. The city took in $61.3 billion in tax revenues in 2019, and expects $58.6 billion for 2021. Considering the current economic landscape, with more than one-quarter of the city's private sector jobs lost, the city's global-tourism business indefinitely vanished, and many white-collar jobs up in the air in terms of location for the next several years, these revenue estimates are rosy. For context, tax revenues fell 5 percent over two years during the 2008 financial meltdown, a far milder downturn.

Yet the city has not risen to the challenge of addressing even these modest revenue drops. Total tax-funded spending, when adjusted for prior-year transfers and federal and state grants (that, is, city-only spending) is down less than one percent relative to 2019, or by $514 million. The modest spending cuts the city does propose to enact may themselves be ephemeral. For example, the city will depend on cutting $352.2 million from police overtime, one-third of its proposed $1 billion cut to the NYPD, and more than two-thirds of the projected drop in city-funded spending between 2019 and 2021. Yet there is no evidence the police department can reduce overtime in this environment of chronic civil unrest.

Though the city claims it will reduce headcount (final projected headcount figures are not yet available), the salary and wage bill will continue to rise, to $29.7 for 2021 from $29.1 billion in 2019, meaning fewer taxpayers will be paying more per worker. This increase is because the city has still refused to ask its public-sector workforce for a wage freeze.

Both on the revenue projects and on the practical prospects for achieving its projected savings, the state's Financial Control Board should not consider this budget to be balanced, as required by state law.

ON CUTS TO THE NYPD BUDGET

New York City has approved a new, pandemic-squeezed budget that is making headlines because it includes a $1 billion cut to the NYPD amidst calls around the country in the wake of the George Floyd killing to defund the police. The reality is less dramatic, with about half of that $1 billion coming from shifting money and workers from the NYPD to other departments. But while the mayor isn’t exactly jumping on the defund bandwagon, his sleight of hand misses an opportunity in a time of crisis. The police budget has grown outsized because of extraordinary benefits that the city has awarded to its employees, and because New York state laws make it difficult to slow the increase in those costs once the perks have been awarded. The de Blasio administration is doing little to address those problems. Resisting calls to defund the department shouldn’t mean carrying on year-after-year with a cost structure that is growing increasingly unwieldy. Police in New York have a difficult job, but the extraordinary increase in the department’s benefit costs makes the budget a target.

In an analysis of Mayor Bill de Blasio’s proposed budget released in April, I was critical of his failure both to account for the substantial downside risk to city revenues, and to propose more aggressive savings. In the adopted budget, we see de Blasio and the City Council collaborate on a budget fudge where we should expect a credible plan for fiscal balance.

New York City’s revised financial plan lowers projected revenues by $1.7 billion, compared with the April proposal, and expenditures by $2 billion (the difference being a shift in reserves to balance FY 2020). However, the expense cuts occur even while adding $750 million in new spending. The bulk of the expense reductions occur through a $1.6 billion increase in the Citywide Savings Program and $1 billion in labor savings. However, while the Citywide Savings Program includes small percentage cuts to the budget of many city agencies -- a time-tested way to achieve savings through eliminating vacant positions and applying technology to achieve savings -- a sizable part seems implausible, in particular the announced $352 million reduction in police overtime, which the city has historically found difficult to control. The labor savings would come from fringe benefits, and need to be negotiated with the city’s unions. It’s unlikely such reductions could feasibly be achieved in one fiscal year.

The mayor has threatened mass layoffs in the fall, should the unions balk at the proposed fringe benefit cuts. There’s no clarity on how the city would cope with the many other risks to the budget, including lower tax collections, cuts in state aid, and unanticipated expenses. Some of these risks might be offset by Federal aid, but that remains uncertain. For the first time in many years, there is a bona fide question whether the state Financial Control Board needs to step in and ensure the city gets its fiscal house in order. 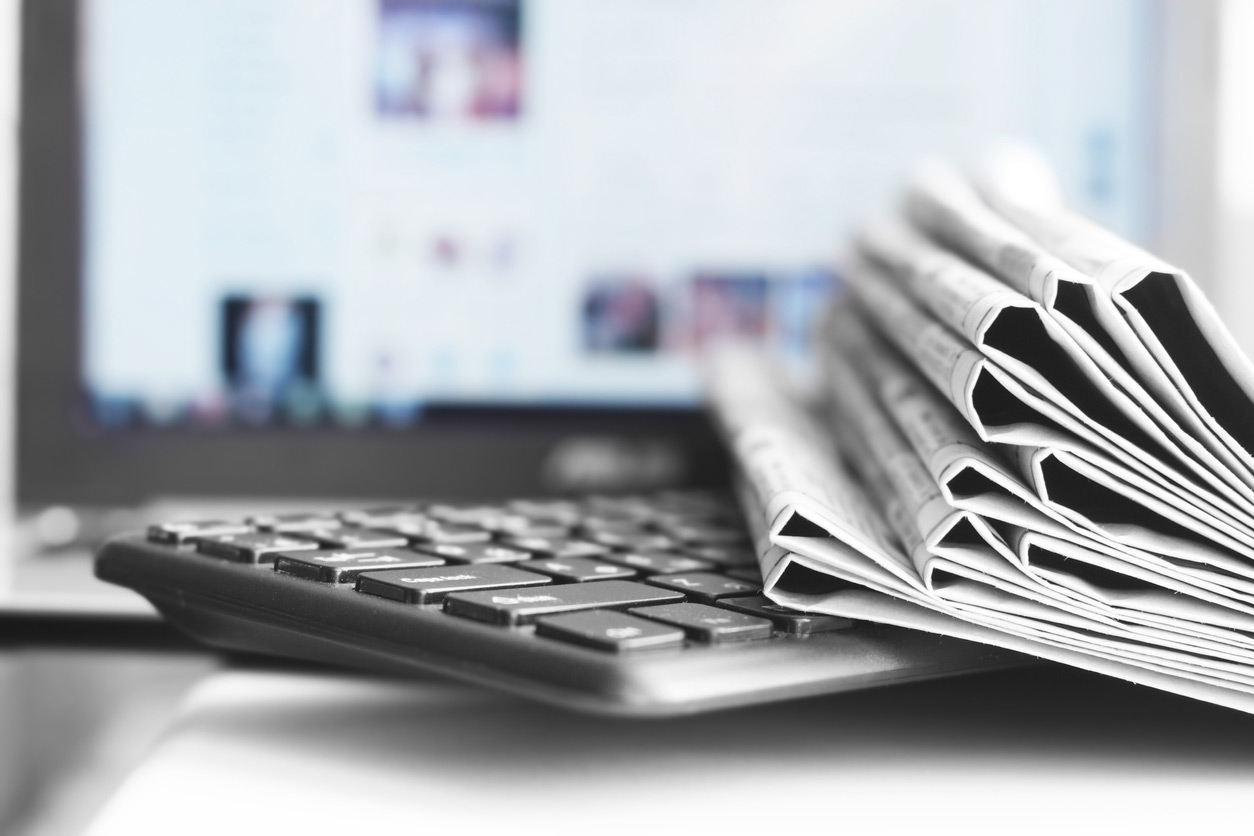 How the Decline of Local News Threatens Local Democracy 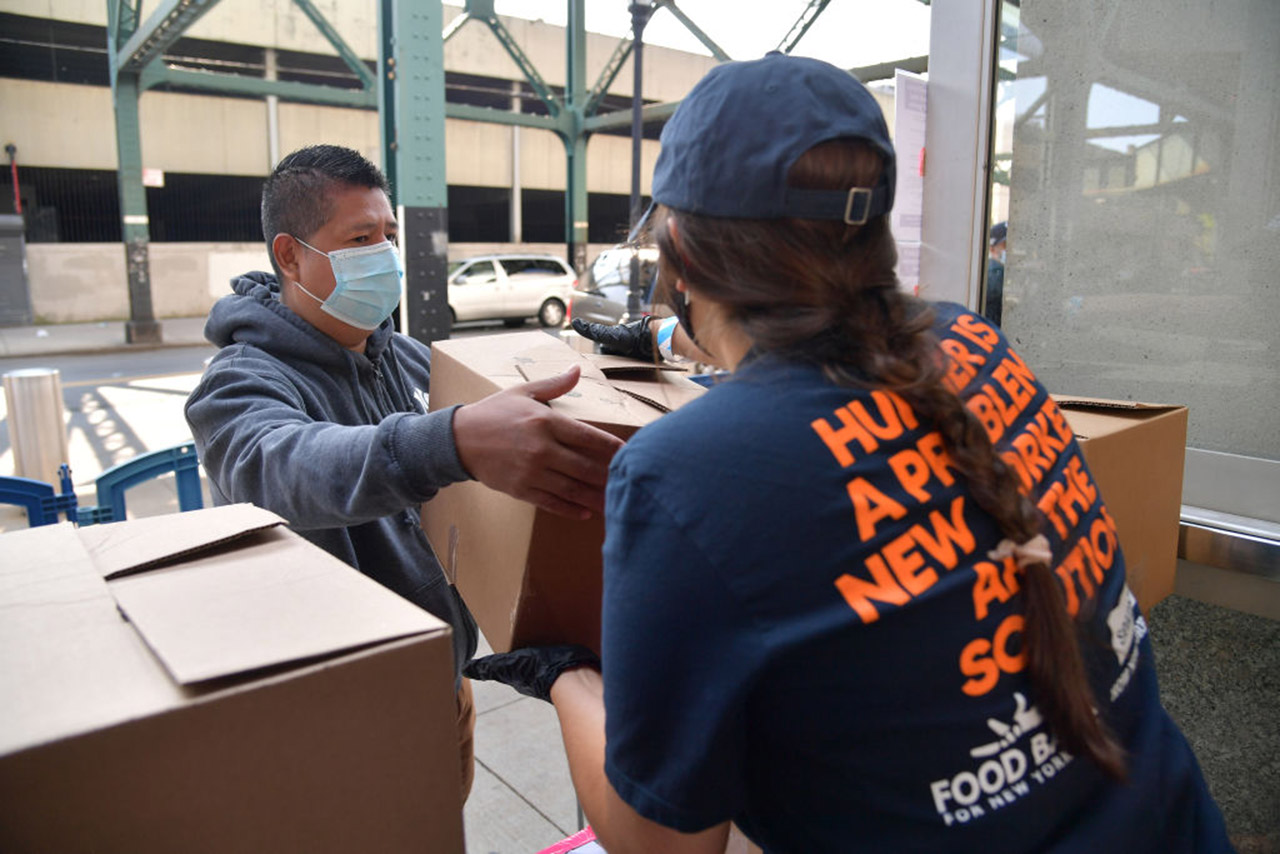 What New York—and Other U.S. Cities—Can Do to Win Over Residents and Get Back on Track