Chief among the concerns of residents in New York and other American cities is a disturbing increase in violent crime, particularly shootings and murders. Marking its one-year anniversary in October, MI’s Policing and Public Safety Initiative (PPSI) has quickly established itself as a leading authority on the roles of policing, prosecution, and corrections in urban crime control—growing its roster of in-house fellows and enlisting a formidable team of reputable scholars and practitioners for events, commentary, and research.

Drawing on his experience as an advisor to the Boston Police Department, University of Pennsylvania professor Anthony Braga outlined several proven ways to improve the clearance rates for violent crime in a report for MI, including increased manpower and standardized protocols. Because solving violent crime is key to fighting it, such measures are extremely important. Improving clearance rates not only provides justice to victims; it also incapacitates dangerous people and deters future would-be perpetrators.

In another MI report, George Mason University professor David Weisburd and Ph.D. candidate Taryn Zastrow considered the issue of crime concentration in New York. They found that, despite declines in the city’s overall crime rate over the years, certain “hot spot” street segments—and the everyday New Yorkers trying to live and work on them—continue to be plagued by criminal activity. Indeed, just 1% of the city’s streets host a quarter of the crime, a fact with important implications for how the city deploys its public-safety resources. 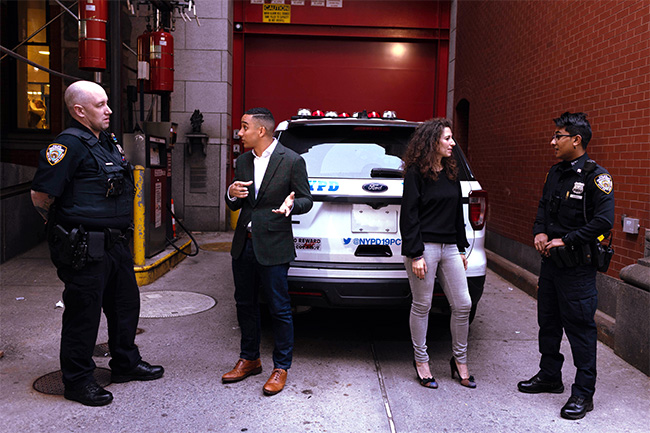 In a year when destructive ideas such as defunding the police and abolishing prisons spread from the activist fringe to the mainstream, the PPSI team consistently pushed back. Rafael Mangual, head of research for the initiative, logged media appearances, briefed policymakers, testified before committees, and penned op-eds in prominent outlets like the New York Times, Wall Street Journal, and Washington Post. In a cover story for National Review, Mangual and his coauthor—legendary police commissioner William J. Bratton—laid out the crime lessons that America has forgotten since the 1990s, including that good police, smartly deployed, have the power to reduce and prevent crime; and that containing disorder in public spaces can pay dividends in violence reduction. In 2022, Mangual will publish his first book, focused on the consequences of criminal-justice reform overreach—consequences that are especially ugly for the vulnerable communities that radical activists so often claim to represent.

Thomas W. Smith fellow Heather Mac Donald was characteristically prolific, weighing in on crime and policing in City Journal, the New York Post, and the Wall Street Journal. She argued persuasively that the anti-police movement is fueling the rise in violent crime. Amid efforts to prevent police officers from wearing or displaying “thin blue line” patches and flags, Mac Donald wrote: “Whether police are allowed to wear the thin-blue-line icon or not, the idea that they are the only thing standing between order and chaos is borne out daily.”

Joining PPSI as fellows more recently, Charles Fain Lehman and Robert VerBruggen bring extensive experience with data-intensive policy journalism—Lehman from his time at the Washington Free Beacon and VerBruggen from his time at National Review. Appearing in City Journal and outlets such as the Dallas Morning News, Newsweek, and the Wall Street Journal, Lehman’s writing covers a range of topics, including the dangerous effects of the “defund the police movement,” disconcerting shifts in hate crimes (a subject about which he testified before Congress), and the police-officer retention crisis now facing big-city departments around the country. VerBruggen, who joined MI in June, has written on the contributing factors to crime and criminal behavior, such as family structure, childhood lead exposure, and the trend of de-policing in American cities.

Stephen Eide continues to be a leading voice on the intersection of crime, addiction, mental illness, and homelessness—issues that have been exacerbated by the pandemic. Together with policy analyst and Mental Illness Policy Org board member Carolyn Gorman, Eide drafted an MI report on the urgent need to repeal Medicaid’s Institutions for Mental Disease (IMD) exclusion, which prohibits states from using Medicaid to pay for institutionalized care for the seriously mentally ill. In the pages of City Journal, the New York Daily News, and the New York Post, Eide has urged NYC’s incoming mayor to make the mentally ill street homeless a top priority, as untreated serious mental illness among the street homeless is often connected to street violence—a dire problem at any time but more acute now, as the city is trying to entice workers back and return to its robust pre-pandemic days. 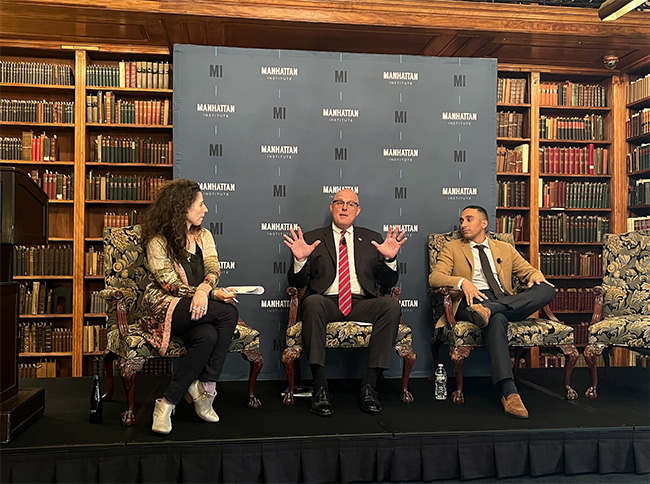 PPSI director Hannah E. Meyers has taken on some of the most pressing and controversial issues facing police departments today, including the charge of systemic racism in policing. In an essay for National Review, she argues that “monolithic thinking makes it perversely difficult for the public to accept how rarely the police use force, and how rarely they use it against blacks relative to racially varying rates of violent crime.”

Meyers also oversaw an impactful series of events involving the nation’s top law-enforcement executives and its most distinguished experts in criminal justice. PPSI’s marquee event is the annual George L. Kelling lecture, in honor of the late Manhattan Institute fellow and, together with James Q. Wilson, the intellectual force behind “broken windows” policing. Following up on last fall’s inaugural Kelling lecture with William Bratton, who famously put the broken windows philosophy into action as commissioner of the NYPD, MI worked with Kelling’s widow and academic collaborator, Catherine Coles, to host the venerable Ed Flynn, former chief of the Milwaukee Police Department, for this year’s address.

Marking the 30th anniversary of the anti-Semitic Crown Heights riots, Meyers also hosted an event in Brooklyn with former police commissioner Raymond Kelly, who had been the NYPD First Deputy Commissioner at the time of the riots, and Ari Goldman, who covered the riots for the New York Times. The three discussed the riots and connected them to the recent resurgence of hate crimes in the city. 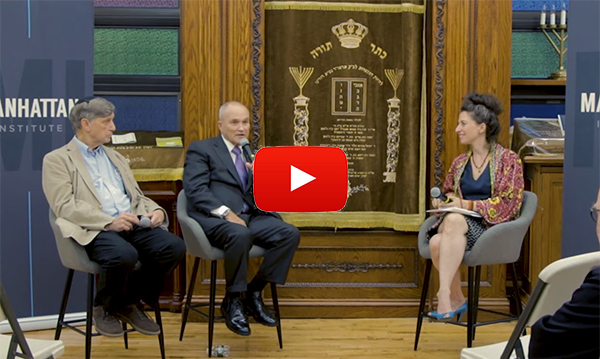 Other PPSI events included Senator Tom Cotton at the National Press Club in Washington, D.C., on the importance of proactive policing, former Baltimore deputy police commissioner Anthony Barksdale on surging gun violence, William Bratton on his new book—The Profession—about transformative leadership and the path of American policing over the past 50 years, and NYPD commissioner Dermot Shea on the current challenges associated with policing New York. 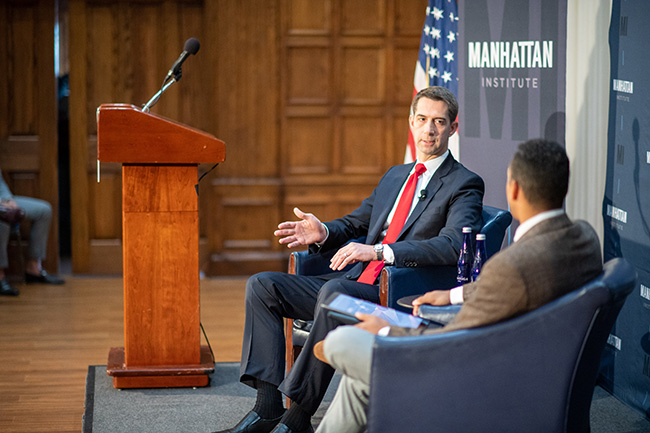 In the year since PPSI’s debut, MI has succeeded in changing the conversation for the better. In the fall of 2020, the nation was reeling from a summer of rioting and was entertaining calls to “defund the police.” Now, most Americans recognize the serious dangers from rising crime and are receptive to arguments about how to improve and expand policing rather than shrink it and undermine it. In the year ahead, PPSI will continue to lead the charge—making the case for the role of sound policing and criminal-justice policies in reversing the violent crime trends that now threaten to undermine the otherwise rich set of urban opportunities open to Americans of all backgrounds.