For the past decade, MI’s Adam Smith Society—with 33 chapters and 16,000 members—has brought together students at top MBA schools and young professionals who believe in the power of free markets to enhance human flourishing and opportunity, through civil debates and discussions. Likewise, our Young Leaders Circle, founded in 2007, has provided young professionals in New York City with an unparalleled opportunity to hear from some of the country’s most noted public officials, journalists, entrepreneurs, and thought leaders.

As Smith Soc celebrates its 10th anniversary, we are excited to expand the program and integrate our New York City–based Young Leaders Circle members under the Adam Smith umbrella to create a unified—and more robust—community of young professionals. 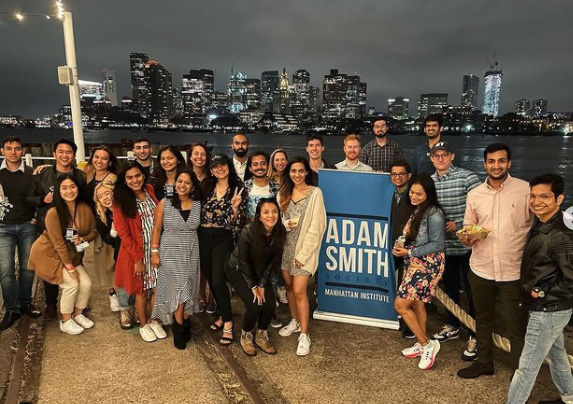 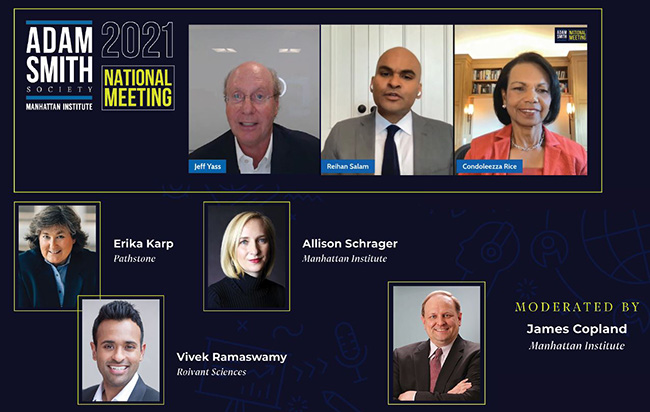 The Manhattan Institute makes its scholars available to give lectures on campuses throughout the country, which has proved to be another important way of bringing a new generation to the debates over MI’s key issue areas. Heather Mac Donald is a popular speaker on everything from policing to classical liberalism, for example. Rafael Mangual tackles criminal-justice issues, Brian Riedl addresses fiscal policy and the federal budget, Andy Smarick talks about education, and Jason Riley has brought the work of Thomas Sowell, the subject of his recent book, to a new generation. If college students want to learn more about any of these topics—or numerous others, from housing policy to homelessness—Manhattan Institute scholars are at the ready to provide perspectives that are too often missing from college campuses.