Heather Mac Donald, Thomas W. Smith fellow at MI, is one of America’s most celebrated, widely read, and prominent public intellectuals. Her work is often seen in such outlets as the Wall Street Journal, not to mention MI’s own City Journal, and she regularly appears on some of the nation’s leading television and radio programs. She writes about everything from policing, to higher education, to the merits of high culture. 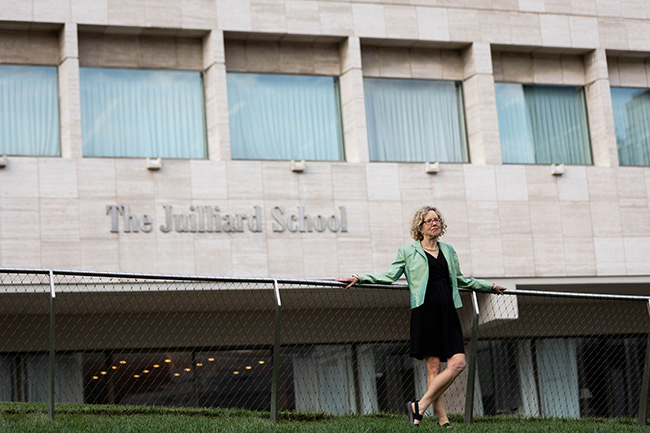 One important contribution she made this year was an eye-opening City Journal piece called “Classical Music’s Suicide Pact,” which ran as a two-part series online. It looked at the ideological revolution that has transformed the world of classical music in response to the racial agitations of 2020. We caught up with Mac Donald to briefly discuss her work.

When people think of the fallout from the death of George Floyd, classical music probably isn’t the first thing to come to mind. Why would orchestras, of all institutions, think that they needed to respond—and briefly, how did they respond?

Heather Mac Donald: Classical music was no more immune from the wave of self-recrimination that swept the country after the George Floyd riots than were law firms, corporations, or art museums. The League of American Orchestras, for example, committed to dismantling its “role in perpetuating the systems of inequity that continue to oppress Black people.” The Seattle Opera announced that it would “prioritize” antiracism and “make amends” for causing harm.

Orchestras and opera companies correctly foresaw that the press would label as white supremacist any cultural institution that was not racially proportionate in its past or present makeup. Arts funders, whether behemoths like Mellon and Wallace or smaller local foundations, would be doubling down on their insistence that arts organizations make “racial equity” a touchstone of their operations.

Are the critics right? Is classical music saturated in racially discriminatory practices?

HMD: The critics are wrong. Perfectionist conductors want the best possible musicians in their orchestras, period. Auditions take place largely behind a screen that conceals the auditioner’s identity, to guard against any possible bias or favoritism. Now, however, that screen is said to be racist, since it does not result in an orchestral workforce that is 13% black. Far from slighting “diversity,” orchestras and conservatories have tried for decades to cultivate black classical musicians, tutoring elementary school students and sponsoring fellowships for young black instrumentalists to play alongside regular orchestral staff.

It’s fascinating to see calls to get rid of efforts to stop bias, like those screens. What do you make of the shift, which is not limited to orchestras, away from colorblindness as an ideal?

HMD: Making race a qualification in itself, whether in classical music or in scientific research, threatens civilizational progress. Discrimination is not the reason for any current lack of racial proportionality in American institutions; the reason lies in differences in skills, preferences, and behavior. Racial quotas inevitably mean the elimination of meritocracy, which will destroy excellence and enshrine mediocrity as the American way.

The classical canon did not oppress the lower classes; with the exeption of 18th century opera seria, classic music, if it had a political component, was likely written to stir revolutionary sentiments against monarchies and empires.

Some of the efforts you detail aren’t just about diversifying the ranks of orchestras but are actual attempts to undermine the classical canon itself. Why is it so dangerous to have, for example, a music theory professor insisting that Beethoven’s Ninth is “no more a masterwork than Esperanza Spalding’s ‘12 Little Spells’”?

HMD: Music theorist Philip Ewell’s equation of Beethoven and Esperanza Spalding violates a primary duty of a teacher: to help students understand what makes the monuments of human creation sublime. The race-based leveling of cultural works, along with the refusal to acknowledge degrees of profundity and influence, leaves students ignorant about what the human imagination has achieved. Anyone fortunate enough to be given the role of transmitting our cultural inheritance should joyfully lead students to an appreciation of greatness, not provide them with an excuse for preserving their ignorance.

Your piece features a lot of out-there proposals about how classical music should change. What’s your “favorite,” as in the “most absurd”? And what would you say is the most egregious example of a classical-music figure— alive or dead—being “canceled”?

HMD: Composer Daniel Roumain is a particular font of absurdities. He is seeking funding to compose a work written exclusively for the black members of an orchestra, for example—undoubtedly hoping that some orchestras would be forced to feature an empty stage, thus bodying forth their alleged racism. Almost all white male composers are being tarred with the charge of belonging to a white supremacist tradition. This June, New Yorker music critic Alex Ross ended an article on the Renaissance composer Josquin des Prez with the observation that Josquin wrote in an idiom that “was almost exclusively male, [that] served the ruling classes, [and that] furthered the politics of European domination,” a remark that is not only mindlessly reflexive but also childishly ignorant. The classical canon did not oppress the lower classes; with the exception of 18thcentury opera seria, classical music, if it had a political component, was likely written to stir revolutionary sentiments against monarchies and empires.

Perhaps the most absurd aspect of the Black Lives Matter attack on classical music, however, is simply the idea that composers as unique as Couperin, Berlioz, C. P. E. Bach, Schubert, Prokofiev, Tchaikovsky, Chopin, and Sibelius, say, may be meaningfully assembled under the rubric “white.” Whiteness has nothing to do with their creations. They are united instead by participation in an artistic conversation of nearly infinite complexity and variety, capable of incorporating an enormous range of influence and individual idiosyncrasies. Today’s racial levelers insist, on the one hand, that race is a social construct, with no biological grounding; and, on the other hand, that race is the most important thing about every individual. The levelers are wrong on both counts.

How do these controversies fit into the struggles of classical music more broadly? From your piece, it sounds as though orchestras are not exactly bursting with funding and cultural influence.

HMD: Every year, the salience of classical music in our culture shrinks. By presenting classical music through the poisonous lens of identity politics, Ross and his left-wing music-press peers, orchestra presidents, and music-organization executives are giving potential new listeners another reason to stay away from this by-now-alien idiom. Their ostentatious virtue signaling could end up delivering the coup de grace to a centuries-long tradition of stunning complexity and diversity that has produced humanity’s most agonizing expressions of sorrow, joy, and transcendence.