The year 2021 was momentous for educational pluralism and choice. The Covid-19 pandemic drew attention to the immense powers that public schools have when parents don’t have the option of turning elsewhere. Numerous states, from Florida to Missouri to West Virginia, added new school-choice programs or expanded existing ones. Parents have a wide variety of educational preferences, but it has never been clearer that they want more higher-quality options when it comes to educating their children.

In more than 20 op-eds and 10 reports, our education team covered the most pressing issues facing our educational system at the local and national levels. From expanding school choice to preventing learning loss during the pandemic to improving the performance of New York City’s public school system, MI scholars were hard at work this year.

Parents have a wide variety of educational preferences, but it has never been clearer that they want more higher-quality options when it comes to educating their children.

Writing in the Philadelphia Inquirer, education policy director Ray Domanico lamented the lack of Democratic support for charter schools despite their proven track record at helping kids of color. Writing in the pages of City Journal, the New York Daily News, and the New York Post, Domanico has consistently called the de Blasio administration to task for its failure to competently address problems in New York City schools. De Blasio has focused instead on attacking merit-based admissions—seeking, in the name of equity, to redistribute a limited number of seats in high-quality public schools rather than working to increase the availability of such seats citywide, be they in selective district schools, charters, or private schools. Domanico’s collected work should serve the next mayoral administration well, provided that it remains focused on putting New York City kids first— holding schools accountable for performance and expanding the range of schooling options available to students and parents of all stripes by adopting a growth-oriented mind-set to high-quality schooling. 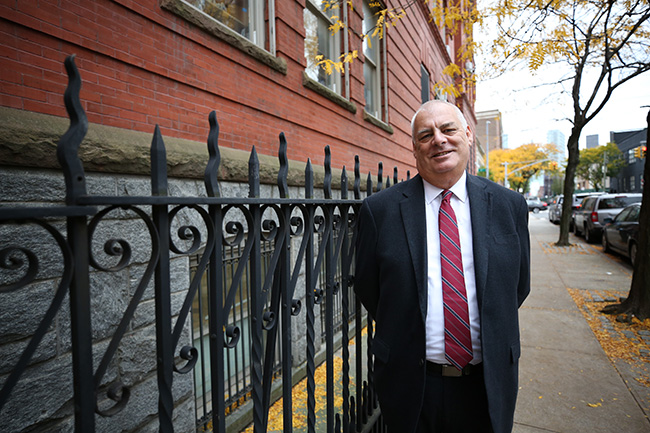 In the wake of the Supreme Court’s landmark Espinoza v. Montana Department of Revenue ruling, Notre Dame Law professor and recent MI senior fellow Nicole Stelle Garnett offered a glimmer of hope for expanding school choice in her MI report on the legal permissibility of religious charter schools. In an oped for Newsweek, she argued that “properly understood, the Constitution’s demand for neutrality toward religion ought to be extended to charter school law as well.” And in her most recent MI issue brief, “Accountability and Private-School Choice,” Garnett explained how to provide school choice and accountability simultaneously, especially by giving parents the information that they need to make good decisions about where their child will flourish.

In a recent MI report, Martin Lueken, director of the Fiscal Research and Education Center at EdChoice, points out that, despite ubiquitous claims to the contrary, school choice can be structured in a win-win-win way. Lueken’s analysis demonstrates that, with properly structured Education Savings Accounts (ESAs) (versions of which have been adopted in eight other states), New York families would receive funds that would allow them to send their children to the private school of their choice while taxpayers would save money and traditional public schools would end up with more resources per pupil.

Senior fellow Andy Smarick is overseeing a series of MI briefs on the rise of “microschooling” in various states during the pandemic and the prospects for such schools. “Microschooling” is an affordable, modern reinvention of the one-room schoolhouse, often relying on technology to expand the curricular options available to students. The series includes three case studies: EdChoice’s Michael McShane on the success of microschooling in Arizona, Juliet Squire of Bellwether Education Partners on the regulatory obstacles to microschooling in New York, and Jocelyn Pickford and Duncan Robb of HCM Strategists on the challenges and opportunities for microschooling in Idaho. Smarick will author a summary report that explores the promise and limitations of these schools, reviewing how they’ve worked in the places where they’ve been tried and setting out the role for public policy in ensuring their future success.

MI will continue to lead the push for school choice and educational pluralism in New York and beyond in the year ahead. In New York City, our fellows will be focused on advancing ideas that can move the city’s schools forward under the new mayor. Nationwide, MI will continue to present the evidence-based case for expanding access to good schools in all sectors— traditional public schools, charters, private independents, and private religious or missiondriven schools—and in ways that offer potential-maximizing pathways for students of all abilities.