Many of those pushing the false narrative of systemic racism in American policing are also advancing a troubling ideology of race essentialism in America’s classrooms and boardrooms. Often discussed under the rubric of “critical race theory” (CRT), a set of ideas rooted in the Marxist critical-theory tradition, this ideology teaches that America is an irredeemably racist country, that “colorblindness” is racism in disguise, that whites are inherently oppressors, and that racial and ethnic minorities are inherently oppressed. 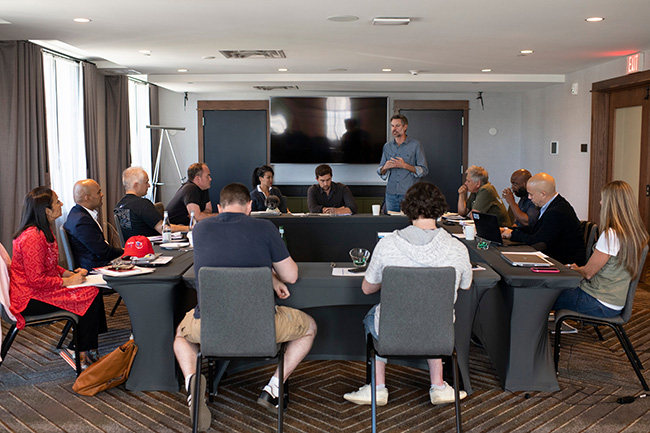 The Institute has vigorously countered these divisive ideas, on several fronts. Through its Critical Race Theory Initiative, CRT Initiative director Christopher Rufo has emerged as a nationally recognized leader in this effort. In an influential series of articles for City Journal, featuring original reporting and leaked documents, Rufo has shed light on the rapid spread of racialized curricula in elementary and secondary schools, as well as the growing pressure on students, teachers, and administrators to conform to the dogma of race essentialism. Numerous public schools have taught the children’s book Not My Idea, for instance, which holds that “whiteness” is a pact with the devil. In addition to his work on the racialization of public education, Rufo has documented the rise of CRT-based training programs in the corporate sector. Bank of America’s teachings, for example, tell its employees to get “woke at work” and that the U.S. uses “race to establish and justify systems of power, privilege, disenfranchisement and oppression.” American Express, a storied company that has thrived in America’s system of free enterprise, brought in a speaker to tell its workers that capitalism is fundamentally racist.

Rufo’s work has gained widespread notice and stirred the ire of those pushing for state- and corporate-sanctioned race essentialism. As the prominent center-left commentator Matthew Yglesias put it: “To a remarkable extent, just one guy—Christopher Rufo—has totally pivoted the national conversation.” Rufo has been profiled in The New Yorker and the Washington Post, the latter piece requiring several corrections when Rufo pointed out a string of misrepresentations. He has also made appearances on major shows, speaking with TV personalities ranging from Tucker Carlson at Fox News to Joy Reid at MSNBC.

Building on Rufo’s foundational journalism, MI has offered parents, legislators, and voters concrete ways to fight this trend. Our guidebook “Woke Schooling: A Toolkit for Concerned Parents” demystifies the jargon associated with this ideology—from “white fragility,” to “affinity group,” to the ever-expanding and increasingly absurd definition of “white supremacy”—and lays out the steps that parents can take to organize themselves and restore sanity to their children’s classrooms. 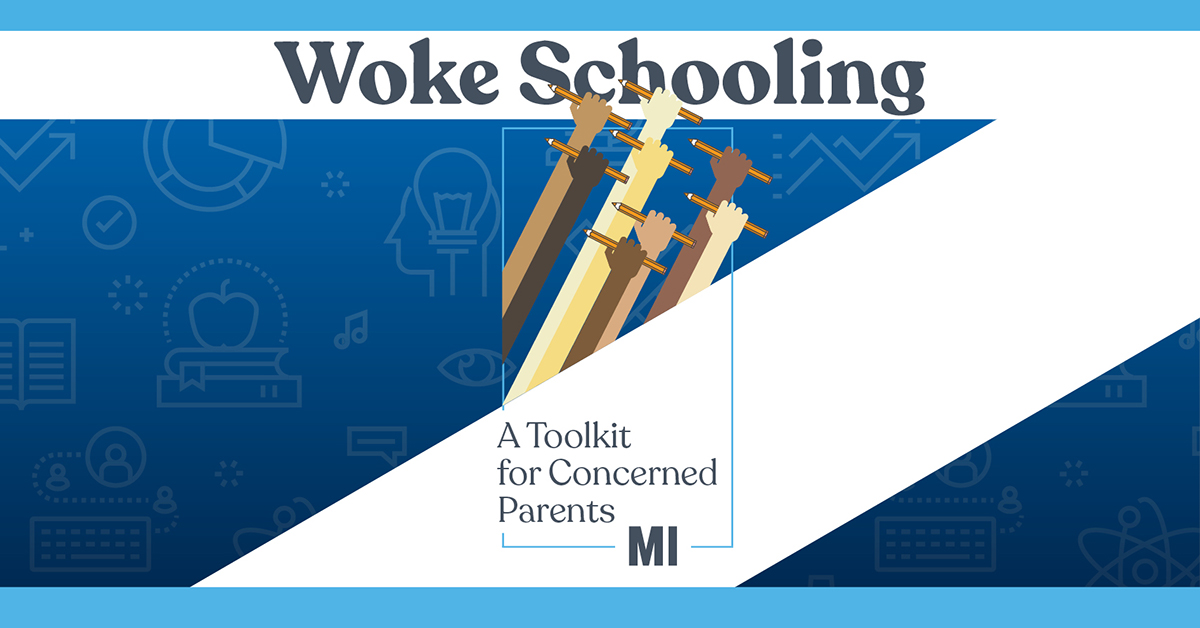 But public schools have no right to push an ideology on children without any input or oversight from parents and voters, and teachers and administrators do not have a right to compel students to confirm ideological concepts—such as, to take one example, being required to categorize themselves as “oppressor” or “oppressed.” Copland’s model legislation includes a transparency provision that requires schools to make curricular and training materials public, a right for students, teachers, and administrators to opt out of CRT-inspired sessions, and a critical protection against compelling students, teachers, or administrators to affirm the tenets associated with CRT.

The ballot box will be critical to keeping race essentialism, collective guilt, and state-sanctioned racism out of America’s schools. This fall, MI published a report by Boston College professor Michael Hartney that made the case that states should require off-cycle local elections—including school-board elections—to be moved on-cycle, that is, to be held in November of even years, to coincide with national elections. Hartney’s academic work demonstrates that off-cycle school-board elections, characterized by abysmal voter turnout, are routinely captured by teachers’ unions—leading to boards that represent their interests rather than those of the communities they purportedly serve. CRT indoctrination in schools is widely unpopular, and moving school-board elections on-cycle will make it much more likely that winning candidates will be responsive to the concerns of the typical parents and voters in their districts. 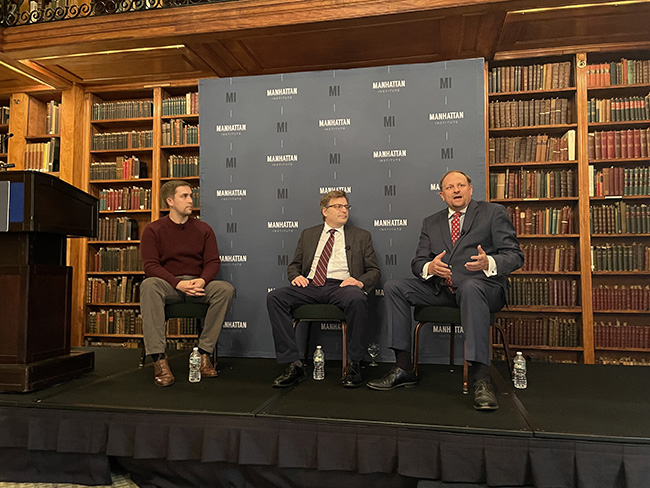 Having documented the corrosive effects of identity politics and political correctness for decades, Heather Mac Donald continues to uncover how race essentialism has taken hold in the nation’s cultural institutions. Mac Donald’s recent writing explains how classical music, for example, is increasingly threatened by toxic identity politics: “Classical music is under racial attack,” she wrote in a recent City Journal essay. “Orchestras and opera companies are said to discriminate against black musicians and composers. The canonical repertoire— the product of a centuries-long tradition of musical expression—is allegedly a function of white supremacy.” In his Wall Street Journal columns, Jason Riley has described CRT as a “hustle,” pointing out that foisting wokeness on children has come at the expense of teaching kids basic skills and that the ideology “amounts to little more than a fancy argument for affirmative action.” And in his MI report “The Social Construction of Racism in the United States,” Professor Eric Kaufmann of Birkbeck College, University of London, detailed how, “at a time when measures of racist attitudes and behavior have never been more positive, pessimism about racism and race relations has increased in America”—with the very definition of racism expanding to include ever more subtle sins, and with many Americans holding outlandishly false views about, for example, how many black men are killed by police. 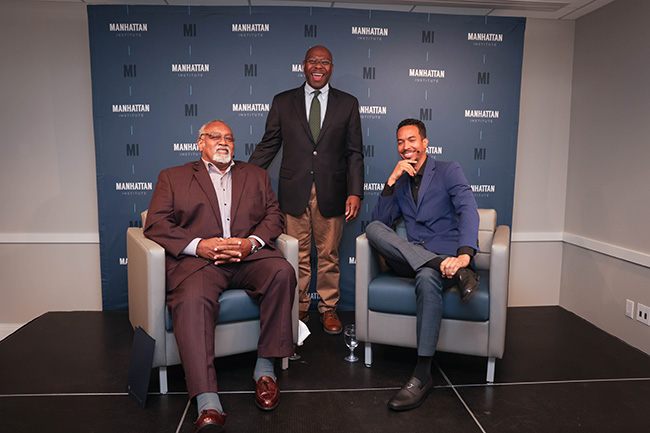 In the year ahead, MI will continue to fight the advance of divisive identity politics, elevating important voices in support of principled colorblindness and working toward an America in which all people are empowered to reach their potential.