The Manhattan Institute’s flagship publication, City Journal, has thrived in a difficult media environment. As cable-news networks, major newspapers, magazines, and websites across the political spectrum see steep drop-offs in interest now that the 2020 election has come and gone, readers are flocking to City Journal in greater numbers than ever before. This year, CJ averaged about 1.7 million pageviews every month, representing a 5.7% increase from last year’s previous record-breaking numbers. 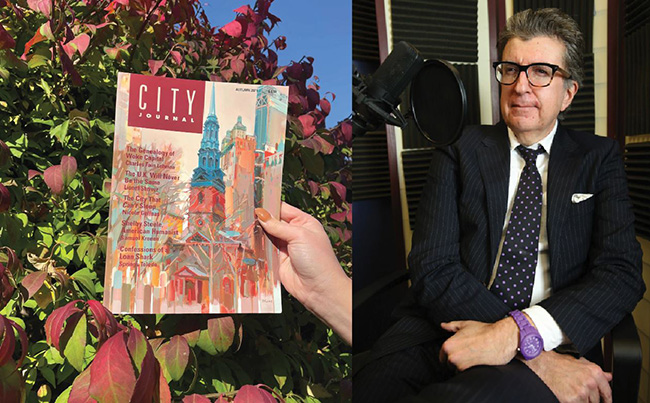 One reason for such success is CJ’s nimble ability to quickly shift gears and cover the story of the day. At the start of the Covid-19 pandemic, the City Journal team immediately began to cover the economics, science, and politics of the virus, culminating in the publication of more than 640 pieces. Now, nearly two years into the pandemic, City Journal’s work continues to drive the conversation. Jeffrey H. Anderson’s “Do Masks Work?” broke the half-million pageview mark, while hundreds of thousands more flocked to Joel Zinberg’s “Delta Is Dying” and John Tierney’s “The Panic Pandemic.” Tierney’s piece was widely discussed in other media, being featured on RealClearPolitics and mentioned on Dennis Prager’s radio show, among numerous other citations. Anderson’s piece led to 12 radio appearances.

What’s more, City Journal is serving as a voice for the growing majority of parents and employees who find the divisive new identity politics both unsettling and unproductive, as well as serving as an indispensable resource for policymakers seeking to understand what is happening and how to bring it under democratic control.

In parallel with its coverage of the pandemic, City Journal did much to expose the consultants and administrators who, inspired by critical race theory, are pushing race essentialism on students and employees around the country. Drawing on original documents and inside sources, in more than 25 articles for City Journal, Christopher Rufo demonstrates the extent to which CRTinspired trainings and curricula have made their way into public schools, publicly traded companies, and public agencies. Rufo’s reporting generated an abundance of follow-on coverage, leading to several appearances on Tucker Carlson Tonight, adaptations in the New York Post, a profile in The New Yorker, and innumerable media citations and broadcast interviews.

City Journal’s work has been essential to the antiwoke movement, amplifying the voices of scholars and journalists such as Rufo, Glenn Loury, Bari Weiss, Heather Mac Donald, Erec Smith, Eric Kaufmann, Wilfred Reilly, and Rav Arora. What’s more, City Journal is serving as a voice for the growing majority of parents and employees who find the divisive new identity politics both unsettling and unproductive, as well as serving as an indispensable resource for policymakers seeking to understand what is happening and how to bring it under democratic control. 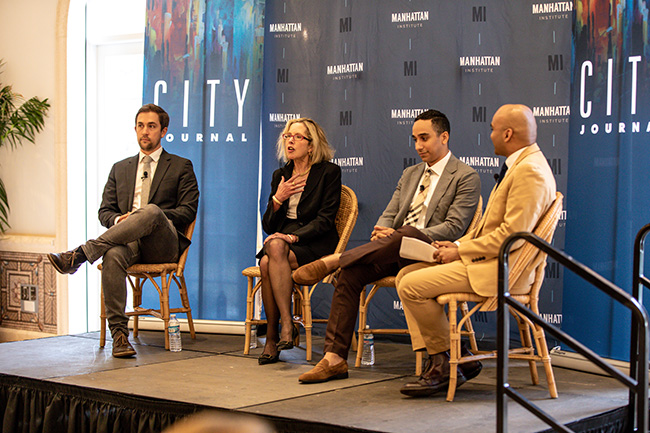 In “The Miseducation of America’s Elites,” Bari Weiss offered a shocking exposé of the bizarre orthodoxy taking over wealthy private schools. This piece garnered more than half a million pageviews and went viral, with dozens of online mentions and features in publications such as Fox News, Daily Mail, and Breitbart. The piece was mentioned across 12 national radio shows, including Ben Shapiro’s and Dana Loesch’s, and Weiss went on Charlie Kirk’s show to discuss her article in depth.

In “When the State Comes for Your Kids,” which received more than 300,000 views, Abigail Shrier investigated the threat to parents’ rights posed by overbearing social workers and youth shelters. In “Slouching Toward Post-Journalism,” which received more than 100,000 views, Martin Gurri explained how the mainstream media is abandoning objectivity in favor of explicit activism.

In March, City Journal published Glenn Loury’s testimony before the Senate Banking Committee on the persistence of black disadvantage in America and its implications for democracy. Loury argued that “persisting racial disparities deserve our attention not via racially preferential public policy, but rather by emphasizing through law and action that we all share a common citizenship and a common humanity. We should be fashioning American solutions to American problems and, ultimately, getting beyond ‘race’ altogether when deciding on public action.” He noted that “the dogged pursuit of equal results between racial groups across all venues of human endeavor is a formula for tyranny and more racism.”

In a year when its hometown continued to struggle with violent crime, disorder, learning loss, and joblessness, City Journal continued to serve as the foremost source for sober policy analysis of New York City. Nicole Gelinas offered essential reading on transit safety, the race for mayor, the challenge of revitalizing midtown Manhattan, and the city’s budget troubles. In the spring issue of City Journal, Gelinas unpacked the city’s deeply flawed plan to close the jail complex on Rikers Island and replace it, at lower capacity, with four borough-based jails. Already facing delays and always at risk of cost overruns, the city’s plan will worsen public safety and ultimately do little, if anything, to improve conditions for inmates. The faster, more fiscally responsible and humane way forward, argues Gelinas, is to abandon the four-borough plan and rebuild Rikers in place.

City Journal’s special “New York City: Reborn” issue saw numerous fellows weighing in on the policy priorities for the post-lockdown city. For example, Ray Domanico dissected the disastrous pandemic response of Mayor Bill de Blasio’s Department of Education and explained what the next administration would need to do to “demonstrate that they are committed to working with families to give them the schools that they want for their children— rather than treating those children as wards of the state and targets of social experimentation.” Heather Mac Donald and Rafael Mangual addressed the crisis of rising violent crime and what to do about it. Mark Mills assessed the extent to which digital technologies will allow workers to work from anywhere, even after the pandemic subsides, and what it means for cities. Arpit Gupta sketched out a plan for addressing the city’s sidewalk garbage problem. Steven Malanga made the case for regulatory relief for New York’s hard-hit eateries; he also explained how the next mayor can fight the city’s looming fiscal crisis.

City Journal articles were linked or mentioned by other publications more than 1,500 times, and they were adapted for republication close to 500 times in outlets such as the Wall Street Journal, Fox News, the Washington Examiner, the New York Post, the Dallas Morning News, and the Arkansas Democrat Gazette. City Journal authors appeared on broadcast programs to discuss their work nearly 300 times. Stronger than ever, City Journal is poised to tackle the most important issues in the year ahead, be it defending America’s cultural heritage from the woke mob, reiterating the importance of proactive policing to safe and orderly cities, or advancing ideas that foster economic dynamism and growth.