Democrat or Republican, urbanist or farmer, BLMer or “thin blue line” adherent — we all benefit from sticking to some semblance of reality. Words matter, facts matter. So, Mayor de Blasio is right to sue the Trump White House for designing Gotham as “anarchist” and potentially withholding federal funding.

In September, President Trump issued an executive order introducing a new term in US governance: “anarchist jurisdiction.” Citing New York, Portland and Seattle, the president said Washington would “disfavor” any city exhibiting anarchist tendencies when it comes to federal funding. The first example: a federal grant to study how to curb COVID on transit systems.

For Americans interested in limited government, executive orders involving the budget are a red flag.

In his suit, joined by the two other cities, de Blasio is right to argue that Congress, not the White House, governs the federal budget. Congress determines how to disperse federal grants, through formulas that take years of negotiations.

Both parties should be worried at the president circumventing that process. A Democratic president could use the same discretion to bully a state or city to go along with his policies.

Yes, President Barack Obama used the power of the purse to threaten to withhold funding from schools and universities that didn’t follow his interpretation of what counts as sex discrimination.

Agree or disagree, though, Obama was using discretion given to him under a specific law against sex discrimination, passed by Congress — and Congress is free to change the law.

There’s no law creating or defining “anarchist jurisdiction.” Trump made it up. For New York City, the president defined it as “allow[ing] violence to spike, citing the near-doubling of shootings through mid-August. “The shooting victims include children as young as one year old,” the president wrote. The memo cites looting and protest encampments, as well.

There is no question that de Blasio has failed to control pandemic violence. Through mid-October, murder is up by a third, and shootings have doubled. But this violence is not anarchy, defined as the absence of government. New York still has plenty of government.

If we’re going to define “anarchy” as a high rate of street violence, New York would be on the bottom of the list. States with the highest rate of homicide are red states: Mississippi, Louisiana, Alabama, Missouri, New Mexico, South Carolina. That’s true when we compare New York City against blue cities in red states, too.

Then, too, is the president’s troubling attention to local budgeting discretion. In declaring New York anarchist, Trump mentioned the City Council’s $1 billion cut to the NYPD.

It is indeed reckless — and a lot of grandstanding — for the City Council to “defund,” or even to pretend to defund, the police.

It is, nevertheless, a local issue. Will a Democratic president create a new definition of “anarchy” to punish a red state that doesn’t build enough public housing?

It was similarly unwise for New York to “disband the NYPD’s plainclothes anti-crime units,” another Trump definition of anarchy.

But that, too, is a matter of local discretion — as is a police department’s approach to an encampment like the one in City Hall Park over the summer.

Maybe it’s good to go in with force and clear out a sleep-in right away. Maybe it’s good to wait a week, if intelligence points to an armed presence spoiling for a shootout. Making federal funding dependent on such case-by-case tactical police decisions would be a disaster.

In their suit, the three cities charge that Trump’s memo “violate[s] bedrock principles of American democracy: separation of powers, federalism and due process.”

You can be worried about the decisions that New York, Portland and Seattle are making to protect the public welfare — but still agree this statement is true. For the president on his own to create and define a legal definition of “anarchy,” is, well a little anarchist. 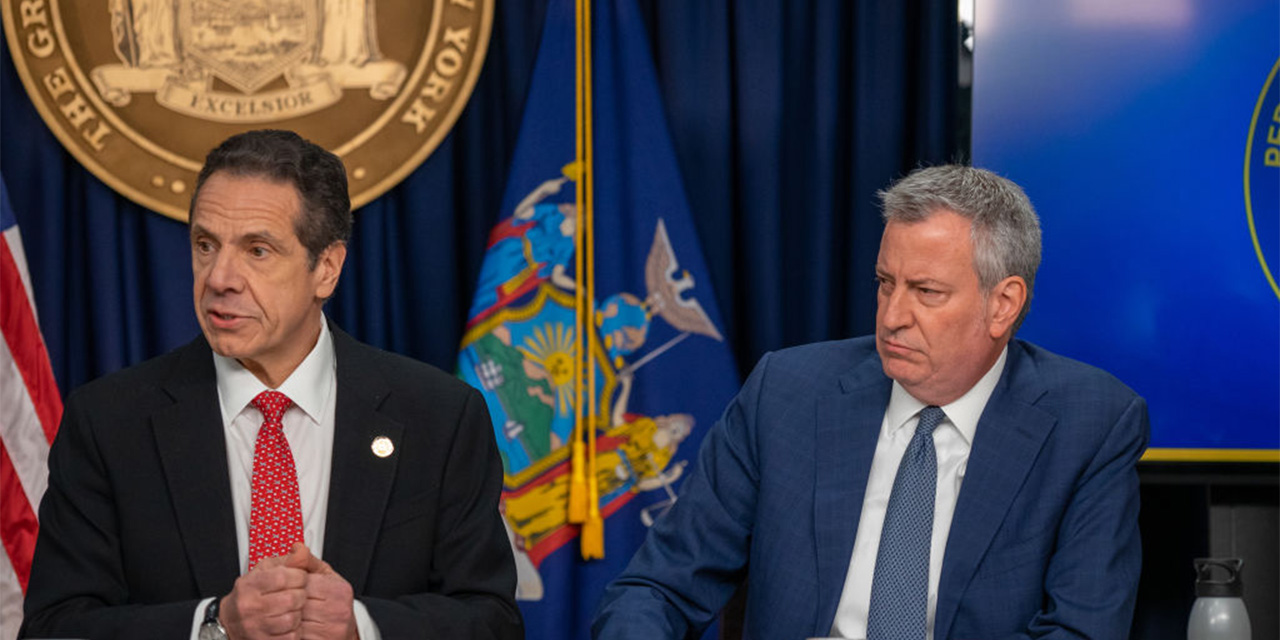 Cuomo, de Blasio Must to Admit: Biden Won’t Give Them Bailout They Want