A Policy Playbook for New York's Next Mayor: Growth, Opportunity, and Safety 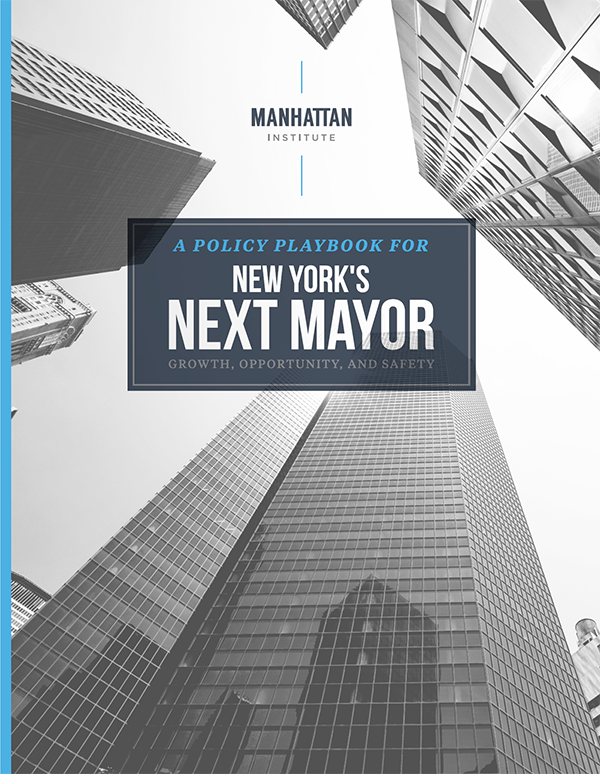 New York City has faced crises before, from great fires to financial calamity and terrorism, but few have been worse than pandemics. Cholera claimed more than one in 20 city dwellers during the 1830s and 1850s. There were waves of yellow fever before that, and AIDS in the century to come. In each instance, better public health meant greater public wealth. Now, following the Covid-19 pandemic that led to the deaths of some 30,000 New Yorkers, a lockdown that shattered the economy—and caused thousands to flee—the need to restore the city’s health and prosperity is urgent.

New York City: Reborn, an initiative of the Manhattan Institute (MI), seeks to help this restoration. The project includes research, journalism, and events that bring business, civic, academic, and other leaders together with MI scholars to actively discuss issues that are crucial to the city’s recovery. As part of this initiative, the papers in this “policy playbook” present practical measures that New York’s next mayor can employ to bring this recovery about. The briefs are written by MI scholars; each one builds on their expert knowledge, previous MI research, and a network of public leaders from across the city whom the institute gathered to help shape their thinking.

The present crisis of New York City came on the heels of a decade during which its political leaders—as did many urban leaders across the country—seemingly took growth and public safety for granted. They imagined that taxes could rise, spending could rise even higher, and all would be well—until disease and disorder appeared, that is. Urban decline, however, is not inevitable; it is a choice, and so, too, is growth. 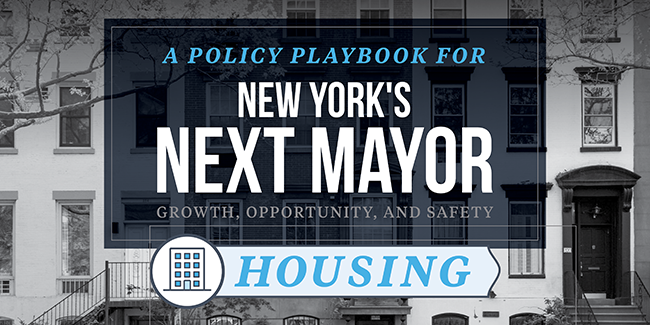 The root cause of New York City’s housing problem, where too many pay too much for a roof over their heads, is the red tape that strangles new construction. The city’s solution has too often been to layer on more unworkable housing mandates and lavish public subsidies are never enough, as well as pile on regulations that restrict the production of privately funded housing. Senior fellow Eric Kober presents a blueprint for more affordable and available dwellings across the city. In addition to reviewing the obsolete laws and codes governing building, his recommendations include: 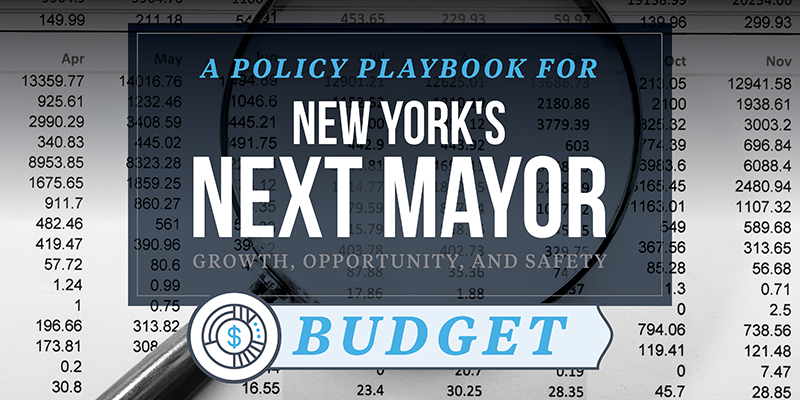 Even with billions of dollars in federal aid, New York City’s long-term financial condition is precarious. Stabilizing the city’s finances should be a core goal of the city’s next mayor, argues George M. Yeager fellow Steven Malanga, who proposes: 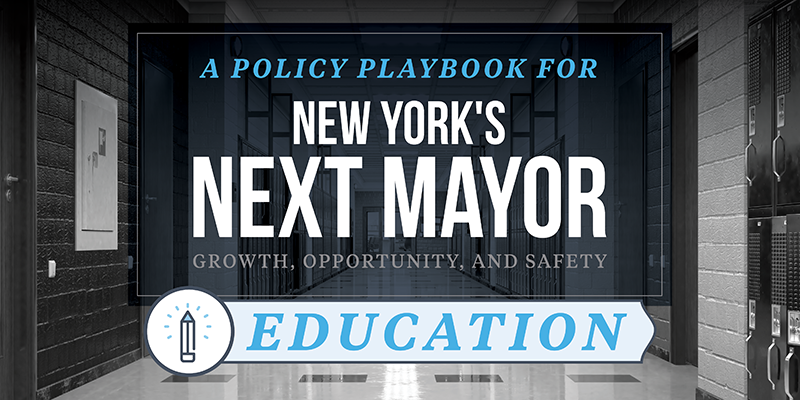 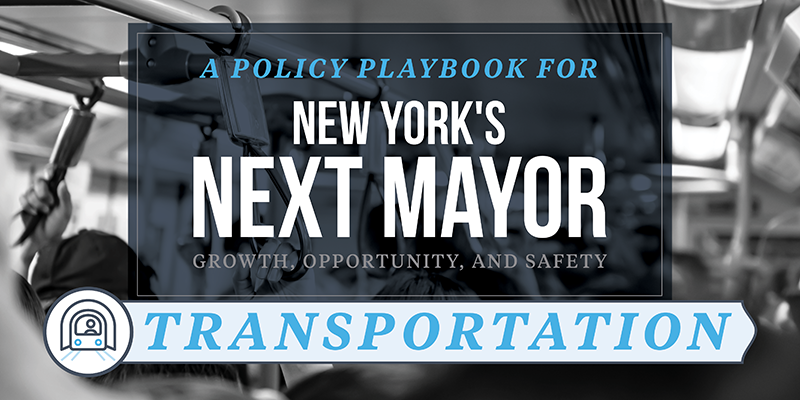 Senior fellow Nicole Gelinas suggests that New York City’s next leader should build on decades of progress in public transportation to be the city’s “transit mayor,” using mass transit to rebuild confidence among the public. She also recommends: 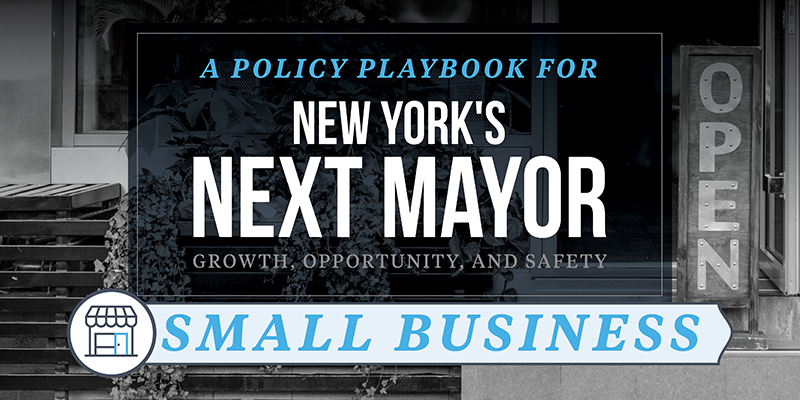 The pandemic lockdown crushed New York City’s small businesses, thousands of which have permanently closed. The next mayor should aim to make the city the best place in America to start and run a small business. Translating that goal into reality requires: (1) giving entrepreneurs a helping hand now; and (2) making it easier for more New Yorkers to join their ranks and thrive. One important step should be a startup advocate in city hall who can, with the ear of the mayor, serve as the campaigner, connector, and convenor of small businesses. It also means offering: 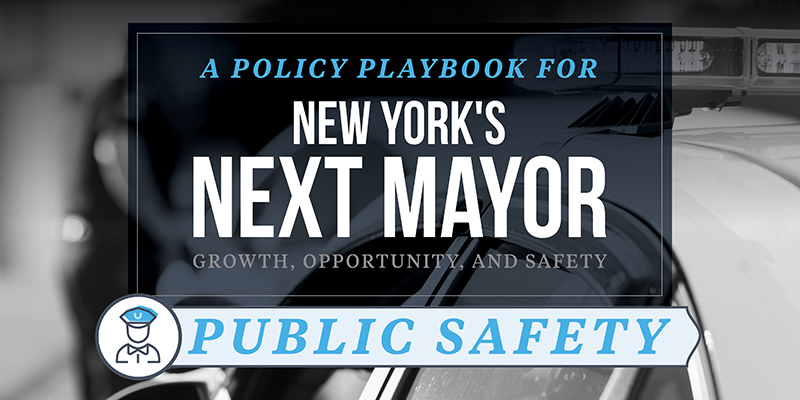 New York City in 2020 experienced the largest single-year spikes in shootings and homicides in more than 50 years. Keeping people safe is critical to the city’s recovery. Rafael Mangual and Hannah Meyers argue that the next mayor should commit to securing the city’s streets and subways as part of a comprehensive public safety strategy to: