It’s about control—using infrastructure to make the masses conform to one vision of how to live.

America’s big cities are almost all dominated by the Democratic Party, but the politics of urban development are far from monolithic. In the past few years, a new faction has emerged across the country. Call them the new left urbanists.

These activists have big dreams. They want local governments to rebuild the urban environment—housing, transit, roads and tolls—to achieve social justice, racial justice and net-zero carbon emissions. They rally around slogans such as “ban all cars,” “raze the suburbs” and “single-family housing is white supremacy”—though they’re generally white and affluent themselves, often employed in public or semipublic roles in urban planning, housing development and social advocacy. They treat public housing, mass transit and bike lanes as a holy trinity, and they want to impose their religion on you.

“The residential is political,” wrote new left urbanists David Madden and Peter Marcuse in 2016. “The shape of the housing system is always the outcome of struggles between different groups and classes.” By dictating how cities build new housing, the logic goes, urbanists can dictate how people live and set right society’s socioeconomic, racial and moral deficiencies.

One widely circulated left-urbanist plan from April 2018 comes from the People’s Policy Project, a crowdfunded socialist think tank. The authors, Peter Gowan and Ryan Cooper, envision the construction of 10 million “municipal homes” over the next decade. The proposal imagines local governments building more housing units than the private construction industry and becoming the largest landlord in many cities.

The abysmal record of public housing in the U.S., from crime to decay, makes no difference to these urbanists. They rebrand “housing projects” as “municipal homes” and assert that new units will resemble neighborhoods in Stockholm, Vienna and Helsinki, rather than Detroit, Newark and Oakland.

Activists are concerned not only with the quantity of new housing but also with who builds and lives in it. New developments must be government-run and tick off the boxes of identity politics. In San Francisco, some activists oppose all private housing construction. A 2017 essay in the San Francisco Examiner called advocates for more market housing part of a “libertarian, anti-poor campaign to turn longtime sites of progressive organizing into rich-people-only zones” and compared them to white nationalists.

One might dismiss this as radical posturing, but public-housing advocates have seized real power in city halls. They’ve learned how to use the zoning and permitting bureaucracy to stanch private development. In San Francisco’s Mission District, laundromat owner Bob Tillman had to spend $1.4 million and nearly five years to gain permission to convert his business into an apartment building. Activists and their enablers in City Hall claimed the laundry business was “historic” and that development would displace minority residents. At one point the planning commission hired a “shadow consultant” to assess whether the shadows cast by the proposed building could cause harm to the community.

In New York City, progressive urbanists have focused on public transportation. The subway system was designed mostly in the early 20th century to serve the practical needs of New Yorkers, but today’s activists see it as a grand instrument for cosmic justice.

In the Straphangers Campaign’s 2018 “Transportation and Equity” report, the advocacy group begins from the premise that “the most vulnerable New Yorkers suffer disproportionately from high fares, long commutes, polluted air, and dangerous streets.” It ends up estimating that an additional $30 billion in tax revenue would be needed for its desired overhaul: upgrading 11 subway lines, building 130 new accessible stations, and purchasing more than 3,000 new subway cars, along with nearly 5,000 new buses, over the next 10 years.

While state and local leaders haven’t signed up for this ambitious plan, Gov. Andrew Cuomo, Mayor Bill de Blasio and other local politicians have expressed support for some of the activists’ funding proposals, including congestion pricing, a “millionaire’s tax,” a marijuana tax, a stock-transfer tax and even a $3-a-package tax on Amazon deliveries.

There’s a reasonable argument for congestion pricing in traffic-glutted Manhattan and for more investment in mass transit. But the Straphangers’ long-term vision involves elimination of the automobile, which remains a middle-class staple in the outer boroughs. Their plan would restrict curbside space for cars by building “protected bike lanes on all major arterial streets across the five boroughs,” “giving developers incentives to contribute toward sustainable transportation over private vehicle usage,” and eliminating parking requirements for new housing.

Activists use euphemisms like “transportation alternatives” and “transportation choices,” but at heart their vision is about control. They want to remake the urban infrastructure in their own image: green, moral and in solidarity with the masses—at least as those masses exist in their imagination.

The new left urbanists’ fatal mistake is to view cities as collections of buildings, roads, tunnels and bike lanes. Urbanists can demolish and rebuild physical environments, but they can’t pave over the people. Life in a metropolis is simply too complex, too variable and too ephemeral—it will evade even the most careful planning. Making cities better and more beautiful requires bringing neighbors, developers, employers and governments into the conversation. Thriving cities are built through cooperation, not compulsion.

This piece orginally appeared at The Wall Street Journal

Christopher F. Rufo is a contributing editor of City Journal, from whose Summer issue this is adapted. 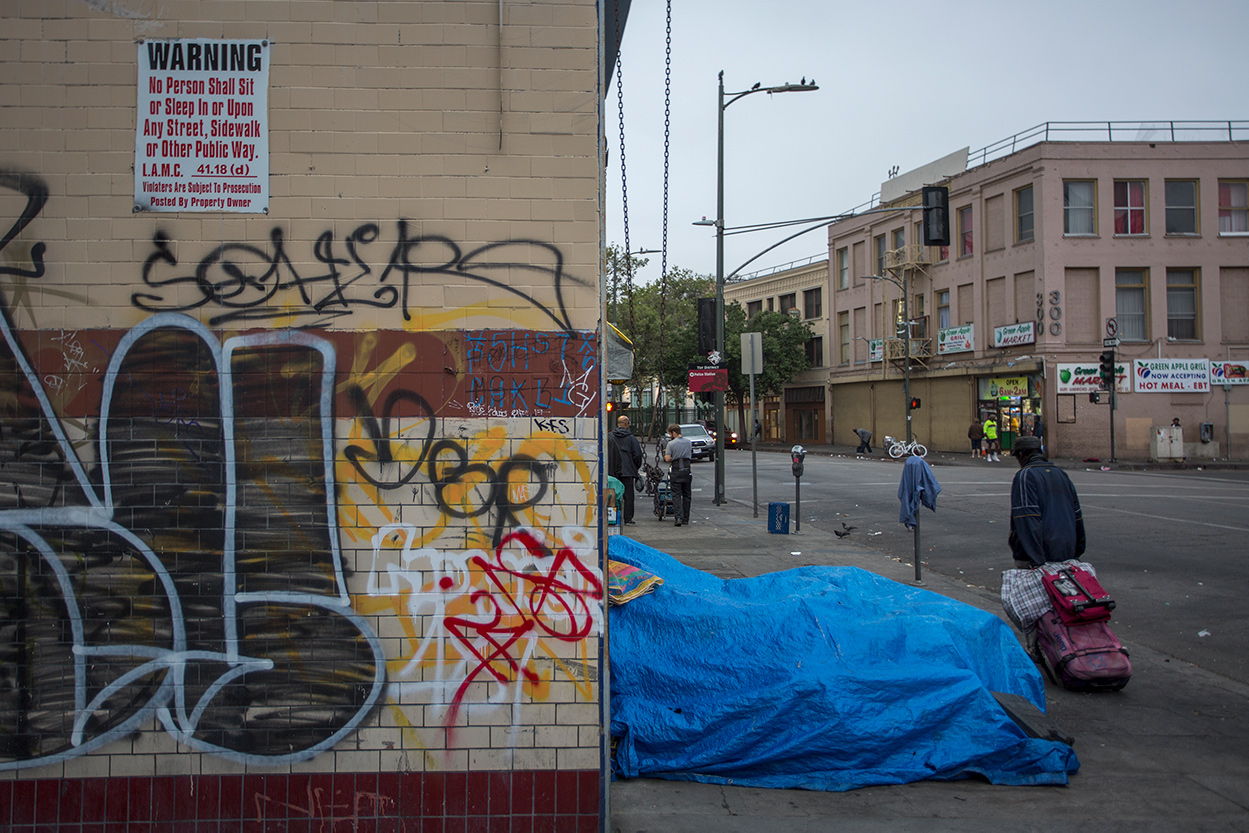 The Moral Crisis of Skid Row, LA’s Most Notorious Neighborhood