When Barack Obama became president, Democrats passed a massive boost in federal spending on public transit. Spurred on by environmentalism, naive Bush-era Europhilia, and a pressing need to get people back to work, the newly elected Democratic majority provided $48 billion in the 2009 American Recovery and Reinvestment Act to transportation infrastructure, much of which went to new public transit systems around the nation — especially light rail and streetcars.

These investments have garnered dismal ridership by world standards and require massive ongoing subsidies. The reason is simple: Transit is more space-efficient than driving, but it is slower and less flexible, making sense only in areas with dense development. Most American cities’ zoning codes, however, mandate very low-density development with copious parking. Meanwhile, pro-transit governments largely ignored the most severe obstacle to improving public transit: massive inflation in the cost of new construction, driven by pervasive overstaffing (tunneling projects in New York require triple the staffing levels common in Europe), poor oversight of contractors, and gold-plated blueprints designed by engineers ignorant of modern operations practices.

After years of being pushed by amateur bloggers and low-ranking civil servants, these issues have broken somewhat into public discussion. You wouldn't know it from Biden’s plan, however, which reads as though 2009 never ended. Biden proposes an extravaganza of new infrastructure spending geared far more towards creating make-work jobs and satisfying protectionist economic impulses than providing good transit. The plan, meanwhile, ignores — and, in some ways, exacerbates — the problem of excessive construction costs that poses the biggest obstacle to improving public transit in the United States.

It's evident that for Joe Biden, actually improving infrastructure comes in behind creating jobs and strengthening organized labor. The first of Biden’s three goals for infrastructure investment promises, in a paragraph of entirely bold-faced print, that any new infrastructure projects will “create good, union jobs that expand the middle class” — hardly an invitation to careful spending and thrift. Infrastructure projects are an especially inefficient way to create middle-class jobs, because much of the spending goes to international consulting and engineering firms.

Biden’s plans are also openly protectionist, insisting that all federally funded infrastructure projects “will be required to source materials in the U.S.” — just as projects funded under the 2009 stimulus were subject to Buy Americarequirements. The transit writer Alon Levy has aptly called Buy America “a scam”: Its main effect is to drive up profits for vendors by reducing competition — and very little of the inflated construction spending makes it to working-class Americans.

But what new projects would Biden actually want built? Alongside a long list of federally funded road improvements, Biden proposes an ambitious plan for local public transit: federal grants would provide every municipality with 100,000 or more residents with “zero-emissions, high-quality public transportation options.” The plan provides few further details beyond a list of technologies that this might entail, but it prominently advertises more light-rail lines in small cities — the same program that has sucked up billions of dollars over the past decade with little to show for it.

Biden’s high-speed rail project is even more extravagant. Some regional high-speed rail projects may make sense, but Biden’s wish list of projects for the “second great railroad revolution” includes not just a new railway tunnel under the Hudson River and a true high-speed rail line from Washington to Boston — both already under planning, at unconscionable costs — but also a nationwide, coast-to-coast high-speed rail system, with construction to start “in the Midwest and the Great West.” This is a long-running fantasy of a certain type of rail advocate, but everyone who has studied the idea has rejected it as uneconomical. It’s not worth blasting hundreds of miles of tunnels through the Rocky Mountains to provide rail trips that would take hours longer than flying.

Such proposals give little optimism that Joe Biden would focus on the necessary steps to improve transit in the United States: reforms to reduce crippling capital costs, introduce modern operations and construction practices, and facilitate new projects and improvements where local conditions dictate. His choice of transportation adviser gives little confidence, either: John Porcari, the federal deputy secretary of Transportation from 2009 to 2013. Porcari has had a leading role in several egregious cost blowouts: he led an $8 billion, operationally unnecessary renovation of D.C.’s Union Station and recently served for three years as executive director of the Gateway Program Redevelopment Corporation — a $30 billion slate of rail improvements in New York and New Jersey that has seen repeated cost inflations and that, at the world standard price, might cost a tenth of its current estimate.

For decades, American transportation planners (and too many advocates) have advocated for transportation investments as a way to provide construction jobs, or promote green living, or pursue some notion of American national greatness — anything but helping Americans travel where they need to go as efficiently as possible. For decades, this mindset has enabled an American myopia and tolerance for profligacy that have proved toxic to the project of building anything meaningful.

Joe Biden’s infrastructure plan doubles down on the same failed policies of previous decades, and promises little but an ever more expensive version of the status quo.

Connor Harris is a fellow at the Manhattan Institute and author of the recent issue brief, “Five Cheap Ways to Improve NYC Subway Operations.” Follow him on Twitter here. 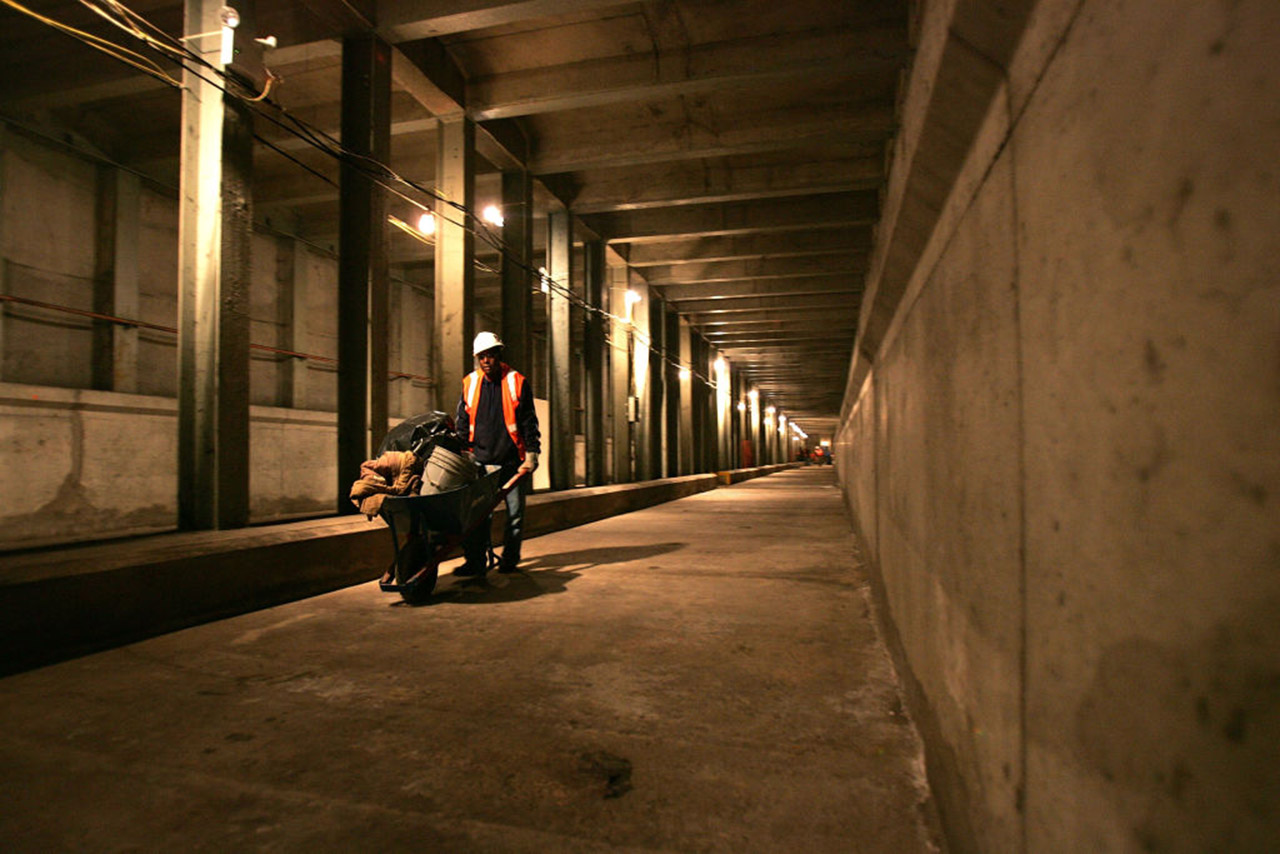