Issues 2020: The Trump Economy—Solid but Not the GOAT

America’s economy has experienced a long, gradual recovery from the Great Recession of 2007–09, which was the nation’s sharpest downturn since the Great Depression of the 1930s. Certainly, conditions are better than 10 years ago, when the unemployment rate peaked at 10%. But in any business cycle, the peak looks better than the trough; more meaningful is a comparison across cycles, between one peak and another. In that context, America’s current economic performance remains disappointing: the prime-age labor-force participation rate remains weak, wage growth lags historical levels, and productivity growth languishes near its all-time lows.

The stall in productivity growth is particularly troubling because it portends stagnation in the long term. Wages may rise within a business cycle as the labor market tightens and employers chase a dwindling pool of available workers. But such gains are sustainable only if the real value that each worker can produce is rising, too. Otherwise, the eventual results of paying more for the same output is that inflation raises the costs of goods and services; the labor-market slack accompanying the next downturn reverses the wage gains; and workers find that progress has been fleeting.

1. Nearly one in five prime-age men is not working full-time, a figure typical of a recession’s nadir, not an economic boom.

2. While complaining constantly about a shortage of workers, firms are failing to achieve productivity gains with the workers they have.

3. Wage growth has begun to accelerate in the past year but remains only average for the past 25 years and continues to lag by the standards of previous booms.

While the American economy is performing far better now than in the aftermath of the Great Recession on nearly every metric imaginable, the measure of its strength cannot be taken by comparison with a recession’s depth. The better question is how one boom compares with others. Here, the results are decidedly mixed. Stock markets are near their all-time highs, and the unemployment rate is near its all-time low; the poverty rate has fallen to 11.8%, its lowest level since 2000–01 and, before that, the 1970s.[4] Figures like these would place the current boom among the strongest on record.

But in the economic realm most crucial to society’s well-being—the labor market as experienced by its prospective workers—results continue to lag. Stock prices reflect expectations about future corporate profits, and gains accrue primarily to the benefit of those who own stocks. The unemployment rate identifies people seeking a job and unable to find one but ignores anyone unemployed who says he is not even looking. The share of prime-age men working full-time remains low, the productivity of those who do work is rising more slowly than ever, and the growth in wages is not reaching the level sustained at the peaks of previous business cycles. If the goal is to lift the fortunes of workers and their families, the economy’s present conditions are below average, at best.

Men Not at Work

A critical reference point for understanding the nation’s economic condition is the employment-to-population ratio—that is, what share of adults has a job and what share does not. Of particular concern is the share of prime-age men (25–54 years old) not working full-time. In September 2019, that figure was above 18%.[5] This represents substantial improvement over the Great Recession’s aftermath, when the figure reached as high as 27%. But it is higher than the average for the 2001–07 economic expansion[6] and well above that expansion’s strongest period, when fewer than 16% of prime-age men lacked full-time work. In the strongest period of the 1991–2001 expansion, the figure was below 14%; during 1982–90, it dipped even lower.

Far from booming, in a pre-2007 frame of reference the 2019 economy looks like one in the throes of a recession. The current 18% of prime-age men lacking full-time work is larger than the share at any time during the recessions of 1990–91 and 2001. Over the full period from when the Bureau of Labor Statistics data begin in 1986 to the start of the Great Recession in 2007, fewer than one in every 10 months experienced as bleak a picture. If the share of prime-age men working full-time in 2000 had persisted to the present, 2.3 million additional men would be working.

This long-term decline in work for men appears unique to the American economy, rather than reflective of shifting demographics or a global megatrend. The analysis considers only prime-age workers, so the general aging of the population plays no role. Nor has a skew toward older men within the prime-age demographic led to lower labor-force participation.[7] Perhaps most strikingly, the American experience is not materializing in other developed economies. During 1990–2018, the U.S. experienced the third-largest decline among OECD countries in its prime-age male labor-force participation rate (behind only Italy and Denmark) and now ranks 33rd out of 36 countries.[8] The U.S. decline of 4.4 percentage points over the period was roughly double that of its peers: the United Kingdom (2.8 percentage points), France (2.7), Canada (2.3), Japan (1.9), Germany (1.9), and Sweden (0.9).

Men and women who are working face a serious challenge as well: their productivity is increasing much less quickly than in the past. The standard measure of productivity, output per hour, helps to show whether workers are accumulating the skills, and whether businesses are investing in the technologies and processes, that lead to economic progress and rising prosperity. In the long run, the value of the wages that workers can earn depends upon the value of the output that they create. Without productivity growth, higher wages will tend to lead to higher prices, inflating away the apparent gains and leaving workers back where they began.

The manufacturing sector has faced particular struggles, with productivity declining in the most recent quarter and in three of the past five years.[10] The sector has achieved a productivity gain above 1.5% only twice in the past 13 years, after doing so for 16 consecutive years from 1990 to 2005.

Alongside these declines in productivity growth, and perhaps contributing to them, business investment in fixed assets has declined by more than half since the 1980s as a share of both GDP (gross domestic product) and corporate profits.[11] The Tax Cuts and Jobs Act of 2017 (TCJA) was intended to spur increases in this investment,[12] but early results indicate “not much” effect. Since passage of the act, the growth in fixed business investment has slowed.[13]

GDP, the primary measure of the economy’s overall size, is a function of the number of workers in the labor market (and total hours they work) and their productivity. With both labor-force participation and productivity growth lagging, it should not be surprising to find that GDP growth has been below average as well. In the past four quarters, GDP rose 2.3% over the year-ago period. By comparison, GDP growth in 2017–18 averaged 2.7%, and the entire 25-year period of 1992–2016 averaged 2.6%, even including the Great Recession and its aftermath. Whereas GDP growth has not exceeded 3.5% in any quarter since 2014, the prior expansion averaged 3.9% growth over 12 straight quarters during 2003–06, and growth averaged 4.2% over 28 straight quarters during 1993–2000.[14]

Given both continued slack in the labor market and weak productivity growth, it should be unsurprising that wage growth is underperforming the increases of previous economic expansions. Over the past year, average hourly wages for production and nonsupervisory workers have delivered a healthy annual gain approaching 2% after accounting for inflation.[15] This compares favorably with the 0.5% average from 2012 through 2016. But it is unimpressive by historical standards: wage growth also reached, and briefly exceeded, 2% in 2007; it sustained four straight years of growth above 2% during the period between 1997 and 2001. The average annual growth rate of 1.1% since the start of 2017 is no different from the average for the entire 25-year period from 1992 through 2016 (again, recessions included).

The Federal Reserve Bank of Atlanta offers a slightly different perspective that points toward the same conclusion, by analyzing the change in nominal wages for the same set of individuals 12 months apart. The Fed reports that the median rise in a worker’s wages for the year ending in September 2019 was 3.6%, the 59th straight month yielding a value between 2.9 and 3.9%.[16] That compares favorably with the earlier portion of the present expansion, when nominal wage growth ran 1.6%–2.9% for the 64 months after the recession’s end. But it compares unfavorably with previous expansions: annual wage growth using this metric averaged 3.9% during the entire 2001–07 expansion and 5.0% from the start of the data series in 1997 to the end of the late-1990s expansion. Average wage growth from 1997 through 2016—again, including the Great Recession—exceeds the average wage growth of the past two years.

Economic performance continues to improve over the anemic early years of the current recovery. By historical standards, however, a long way remains to go. 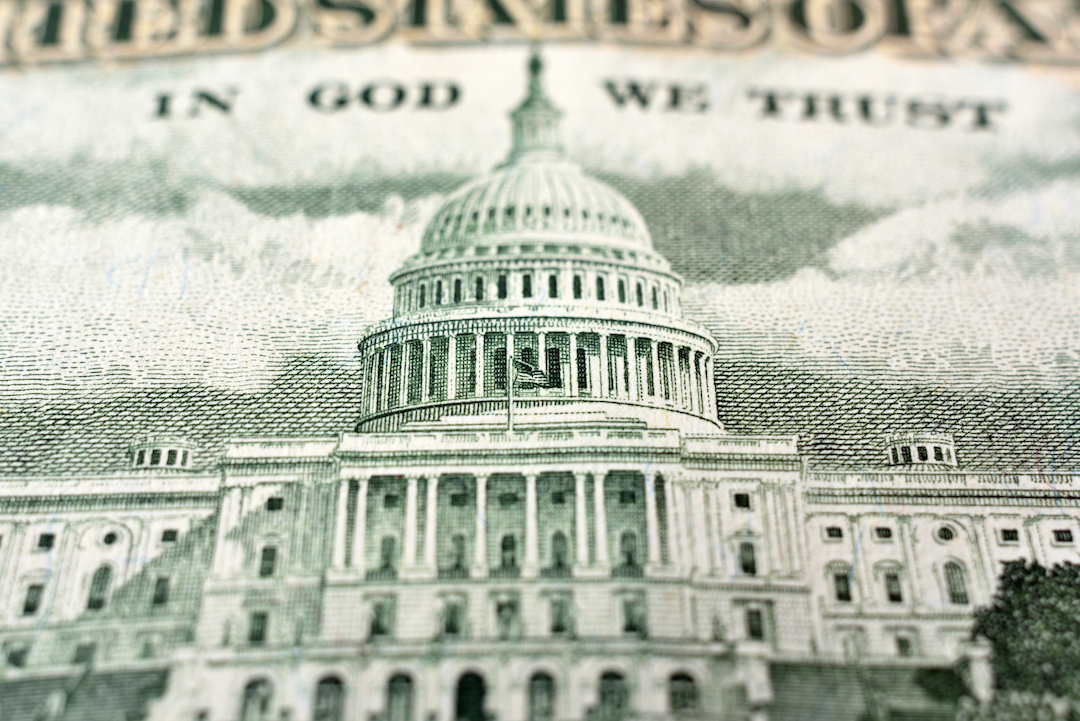 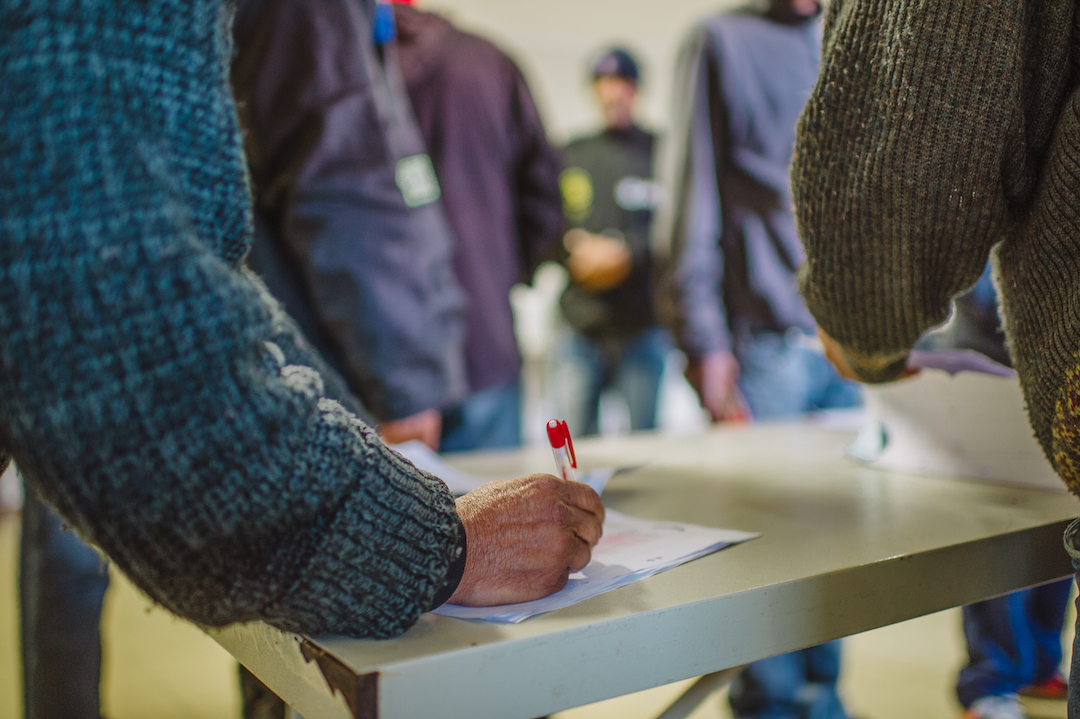