Joe Biden began dismantling U.S. border controls just hours after taking the presidential oath of office. He halted the deportation of illegal aliens apprehended in the interior of the country, thus turning the U.S. into one large sanctuary zone. (A federal judge in Texas has temporarily enjoined Biden's no-deportation order, but that injunction will have little practical effect, since a court can hardly compel immigration agents to affirmatively act.)

Biden suspended a Trump administration initiative that required asylum seekers at the southern border to remain in Mexico or other Central American countries while their case is adjudicated. Before Donald Trump's now-canceled Migrant Protection Protocols went into effect, asylum seekers would disappear into the heartland while their case was pending, and would stay underground after their asylum claims were denied.

The president has instructed federal prosecutors that they may resume releasing illegal aliens caught at the border, rather than processing them for deportation—a pre-Trump practice commonly known as "catch-and-release."

And Biden has announced the most ambitious amnesty proposal in history. The plan would legalize virtually the entire population of illegal aliens, including those who arrived as late as December 2020 and who have thus developed none of the alleged community ties that have justified amnesties in the past. Criminals with all but the most heinous rap sheets would also qualify.

Traditionally, amnesty proposals have come packaged with a quid pro quo: an offer of enforcement regarding future immigration violations. Amnesties have a powerful magnet effect; they induce further illegal border crossings, undertaken with the assumption that the next tranche of illegal aliens will also be granted legalized status and an eventual pathway to citizenship. The promised future enforcement is intended, at least nominally, to counter that magnet effect.

Biden is not even paying lip service to the quid pro quo convention. He proposes more foreign aid to Central American countries and some technological upgrades at the border, but those measures are a far cry from the necessary enforcement. The only thing certain about foreign aid is that it will find its way into the pockets of Third World officials. The chance that it will jump-start corruption-plagued economies is slight. And unless technology is backed up by the likelihood of deportation, it, too, will have an insufficient effect on efforts at illegal entry.

Foreign nationals have been congregating at the southern border for months, in anticipation of a Biden presidency. Absent an unequivocal signal that immigration law-breaking will be met by a return to an alien's host country, the number of illegal entries will only surge. Once deportation is off the table as a response to illegal status, the entire corpus of immigration law becomes a nullity. America's immigration policy becomes determined by people outside its borders—not by its citizens.

By all means, Republicans should push for robust enforcement before any amnesty goes into effect, however unlikely such a commitment from the Biden administration may be. But they should also demand a different quid pro quo: stop demonizing the country as "systemically racist." Logically, both positions cannot be true: It cannot be the case that America subjects minorities to lethal racism, as Biden maintains, and that compassion requires admitting as many new victims as possible. After all, their lives will be disfigured, if we are to believe the racism narrative, by America's fatal and "systemic" bigotry.

But the racism theme has only increased in volume since the election. A day after being sworn in, Biden said he was in a "battle for the soul of this nation." So enduring was the unwillingness of white Americans to treat minorities equally that Biden was empowering "every branch of the White House and the federal government" to fight "systemic racism." "It's time to act," Biden announced upon signing the first of many executive orders aimed at engineering "racial equity."

Arguably, the U.S. has been "acting" on racial equity for decades. Hundreds of billions of dollars in transfer payments have been made; anti-poverty programs have rolled out of every level of government, supplemented with nonstop philanthropic efforts. There is not a mainstream institution, whether corporation, bank, law firm, Big Tech company, college or public agency, that is not now trying to hire and promote as many minority candidates as possible. Black applicants to selective colleges are often admitted with test scores and GPAs that would be disqualifying if presented by their white and Asian peers. Colleges are creating new academic programs simply in order to hire more black and minority faculty members. Corporate bonuses increasingly depend on the number of minorities a manager has promoted, regardless of the effects on company productivity.

So far is America's majority from embracing a white supremacist ethic that white Americans penitently turn their eyes away from black crime rates. They choose to ignore the fact that interracial violence is predominantly one-way: according to federal government statistics, blacks commit 88 percent of all interracial violence between whites and blacks. It is taboo in polite society to acknowledge the leading behavioral drivers of many socioeconomic disparities. And when Biden calls "racism [and] nativism" America's "harsh, ugly reality," as he did in his Inaugural Address, he will be applauded by many white Americans for his "unifying" message.

The progressive worldview, however, ignores such countervailing evidence and insists upon America's endemic racism as the only allowable explanation for socioeconomic disparities. Given that worldview, administration officials should explain the following dilemma: Why do they want to increase migration from Third World countries, which would only plunge the newcomers into this maelstrom of oppression? Biden has asserted that black children are at risk of getting shot by the police whenever they step outside. If this is the case, wouldn't non-American minority children be safer in their home countries? If the answer is, "well, things are worse elsewhere," that concession would at least constitute a baby step in the direction of some realism about the relative status of human rights across the globe.

The biggest refutation of Biden's systemic racism conceit, however, is the behavior of migrants themselves. The U.S. has been the most sought-after destination for would-be immigrants since global polling first assessed immigration preferences. One hundred and fifty-eight million people hope to immigrate to the U.S.—five times the number of foreigners aiming for other top immigration destinations, such as Canada, Germany and Britain. The number of Sub-Saharan Africans and Caribbeans residing in the U.S. grew by more than 1.5 million between 2010 and 2019. They apparently thought that they were better off here than in their non-racist home countries. The number of immigrants from so-called "LatinX" countries, excluding Mexico, increased by 2.1 million from 2010 to 2019. And contrary to received wisdom about racist Republicans and Trump supporters, red states are the most popular immigrant destinations. Florida and Texas had the greatest numerical increases in their foreign-born populations from 2010 to 2019—a combined total of 1.67 million—and North Dakota and South Dakota had the greatest increases measured as a percentage of a state's population—up 87 percent and 63 percent, respectively.

Mass low-skilled immigration and our elites' parroted narrative about America's endemic racism each erode social cohesion. Taken together, the effect is disastrous.

Sociologist Robert Putnam has argued that high levels of diversity in a community undermine the trust that its members extend toward one another. Wave upon wave of large-scale unassimilated immigration has turned Los Angeles into a sprawling congeries of balkanized ethnic enclaves. Mass immigration widens the wealth gap between the educated and the less educated by driving down wages for low-skilled jobs. African-Americans and native-born Hispanics lose their favored victim status for progressives in the context of immigration policy.

The Democrats' obsession with white America's alleged racism is equally corrosive. Young people are being taught to see bigotry where it does not exist, to hate America and its history, and to think of themselves as perennially oppressed. Many will enter the workplace with a chip on their shoulder, constantly finding offense.

The Biden administration is poised to amplify the racism narrative to new decibel levels. It is only a matter of time before Ibram X. Kendi, today's leading purveyor of white guilt, is installed in a new government office of "anti-racism."

This is not an auspicious moment, then, to radically increase immigration. Assimilating immigrants from wildly different cultures becomes all the more difficult when America has lost faith in its principles and is rapidly tearing down monuments to its past. Some portion of immigrants and their progeny have already adopted an oppositional mindset, denouncing the "white supremacy" of their chosen country. An entitlement mentality is visible in attitudes toward government support and language skills acquisition: Police officers in Santa Ana, California, for example, report that many residents expect to be addressed in Spanish.

The best course for the country would be to reduce immigration levels and racial victimology. The first measure would allow American workers to recover from the coronavirus lockdowns and would increase the odds of assimilating existing immigrant populations. The second measure would lift the pall cast by a divisive untruth. The Biden administration is unlikely to take even one of those courses of action. But it should at least be confronted with its own illogic in pursuing increased immigration into a country it simultaneously declares to be the nemesis of fair treatment and equal rights. 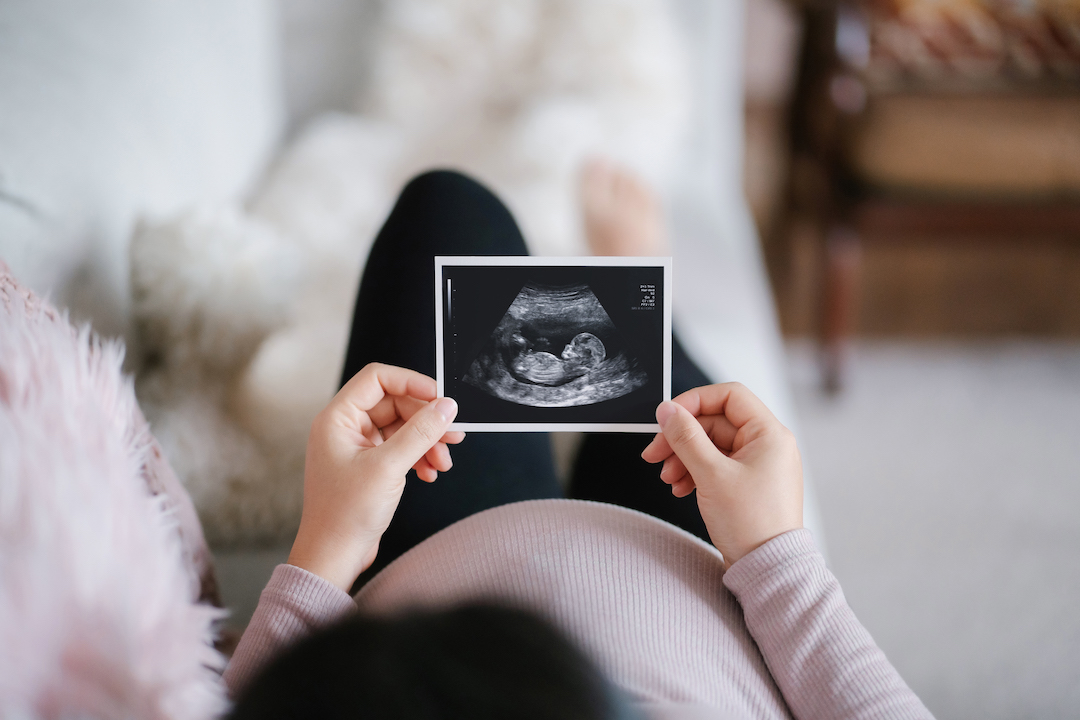 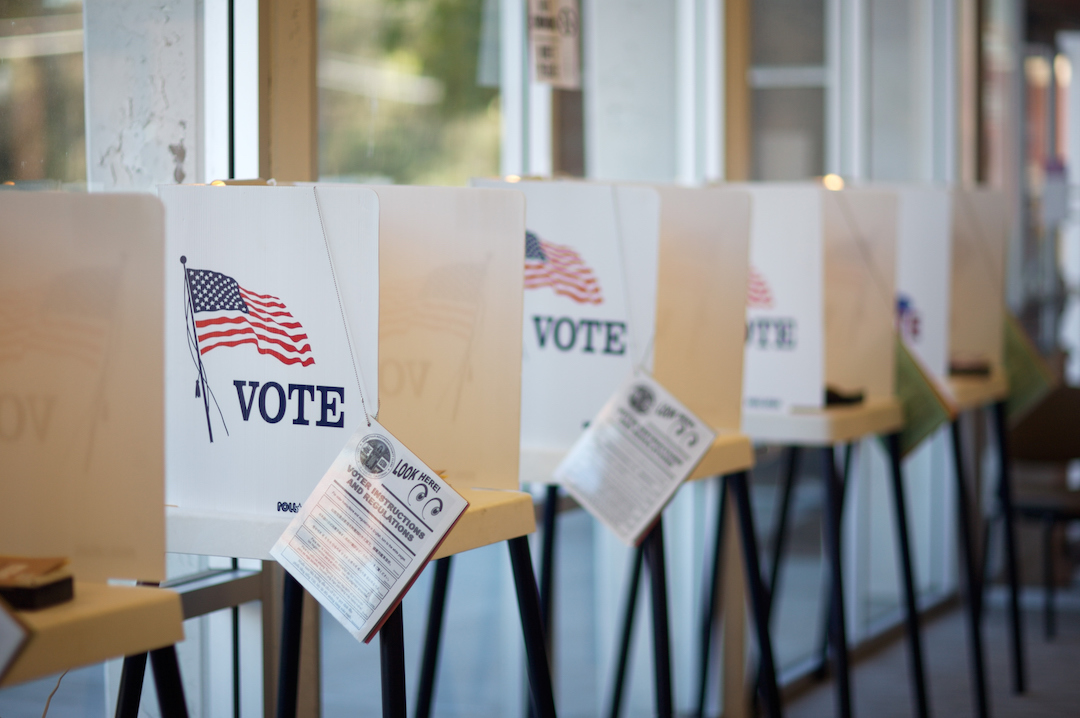