Over recent years, numerous rural health insurance markets have teetered on the brink of collapse. Rural areas have long posed a special challenge to health care policymakers, but a poorly-designed system of subsidies for rural hospital care has turned this into a crisis. It has fostered a rural hospital market structure that has crippled the ability of private insurers to negotiate reasonable payment rates, without fully securing the provision of essential care. By refocusing federal assistance on emergency care, it should be possible to restore rural insurance markets to health, while improving the affordability and access to care available to residents.

Warren Buffett once famously observed that “you only find out who is swimming naked when the tide goes out.” As the Affordable Care Act’s reforms have placed the nongroup market for health insurance under acute strain, it is rural areas that have been most exposed. Of 650 counties that have only a single insurer offering plans on their exchange, 70 percent are rural. For Medicare Advantage, despite total revenues roughly twice as large as the individual market, the situation is even worse—with 140 (mostly rural) counties lacking private insurance coverage options altogether.

Rural areas have long posed a special challenge to health care policymakers, but a poorly-designed system of subsidies for rural hospital care has turned this into a crisis.

It is more challenging to deliver healthcare services in sparsely populated areas. Small communities are unable to support full-time physicians for many medical specialties, and the fixed costs of multi-million-dollar hospital equipment cannot be spread across so many patients. As only 24 percent of rural residents can reach a top trauma center within an hour, rural areas suffer 60 percent of America’s trauma deaths, despite having only 20 percent of the nation’s population.

During the 1990s, economic pressures forced 208 rural hospitals to close. As a result, Congress established the Flex program to boost Medicare payments to isolated rural hospitals. Facilities designated as Critical Access Hospitals under the Flex program were intended to be more than 35 miles by major road from other facilities, but states were allowed to waive that requirement. As a result, the number of such hospitals grew from 41 in 1999 to more than 1,300 in 2011 – covering a quarter of U.S. hospitals, before Congress eliminated the states’ waiver power. By that time, 800 facilities exceeding the 35-mile requirement had been designated as CAHs, and these were grandfathered in.

What makes CAH status so attractive to hospitals? Instead of being paid standard Medicare rates for services, CAHs are allowed to claim reimbursement for whatever costs they incur in the delivery of covered inpatient, outpatient, post-acute and laboratory services to Medicare beneficiaries. Medicare pays more to facilities with the most expensive cost structures and eliminates incentives to control expenses – encouraging all to increase spending on new infrastructure and equipment.

Eighty-one percent of CAHs now have MRI scanners, for which they bill Medicare an average of $633 per scan—double the normal fee schedule rates. From 1998 to 2003, payments per discharge for acute care at CAHs rose by 21 percent, while post-acute care costs per day almost quadrupled. This upward pressure on costs has compounded over time: The longer a hospital has been a CAH, the more its costs have grown.

To check the capacity of CAHs to inflate their overheads, Medicare rules limit them to 25 beds. This has transformed the rural hospital landscape. In 1997, 85 percent of rural hospitals had more than 25 beds; by 2004 only 55 percent did. This makes it very difficult for the best-managed and most cost-effective facilities to win market share and has eliminated whatever competitive forces may have constrained costs. Nonetheless, excess capacity remains enormous: occupancy rates were only 37 percent in small rural hospital in 2014, compared with 64 percent in urban hospitals. Insurers covering care at such facilities must pay for equipment that is often unused and skilled physicians who spend much of their time idle.

Medicare Advantage (MA) plans have been hit hardest by this arrangement. MA plans usually attract enrollees by providing supplemental benefits and reduced out-of-pocket costs, funded by preventing unnecessarily costly hospitalizations. But, as CAHs are able to claim unconstrained reimbursement for Medicare beneficiaries directly from the government, they have little reason to agree to reasonable fees with MA plans, who may constrain their claims or steer enrollees to cheaper sites of care. Even under relatively loose network adequacy requirements, MA plans can, therefore, be effectively locked out of states dominated by CAHs. While 56 percent of Medicare beneficiaries in Minnesota are enrolled in MA plans, only 3 percent of those in Wyoming and 1 percent in Alaska are covered.

Low volumes and the absence of competition have also resulted in a lower quality of care. CAHs are more poorly-equipped than other hospitals, fall short on standard processes of care and have higher 30-day mortality rates for critical conditions. As a result, patients are increasingly willing to travel longer distance for treatments, with rural residents receiving 48 percent of elective care beyond their local providers. This bypass of rural provider networks is particularly common for surgeries on eye, musculoskeletal and digestive systems and for complex procedures more generally.

Although CAH status gives each hospital an average additional $500,000of revenues, falling volumes of inpatient procedures and the increased costs entailed by this arrangement nonetheless leaves many facilities struggling. According to the National Rural Health Association, 55 rural hospitals closed between 2010 and 2015, while 283 were on brink of closure.

Can the $2 billion total annual cost of additional hospital subsidies provided by the Medicare Flex program not be better spent to support essential care in rural areas?

MedPAC, the agency established by Congress to advise it on Medicare payment policy, has argued that CAHs are “not the best solution”, as “many small towns do not have the population to support efficient, high-quality inpatient services.” MedPAC has proposed that Congress provide lump-sum payments to cover the overheads needed to provide 24/7 emergency care at geographically isolated outpatient-only facilities and suggested that Medicare reimbursement be extended to care provided by standalone emergency departments.

This would focus subsidies to secure emergency services, which must be delivered locally, while leaving elective care to be located efficiently according to market demand. Such a reform would give emergency rural hospital care a firmer financial foundation while restoring payment rules for elective care that would make it possible for insurers to re-enter the rural marketplace.

This piece originally appeared at RealClearHealth 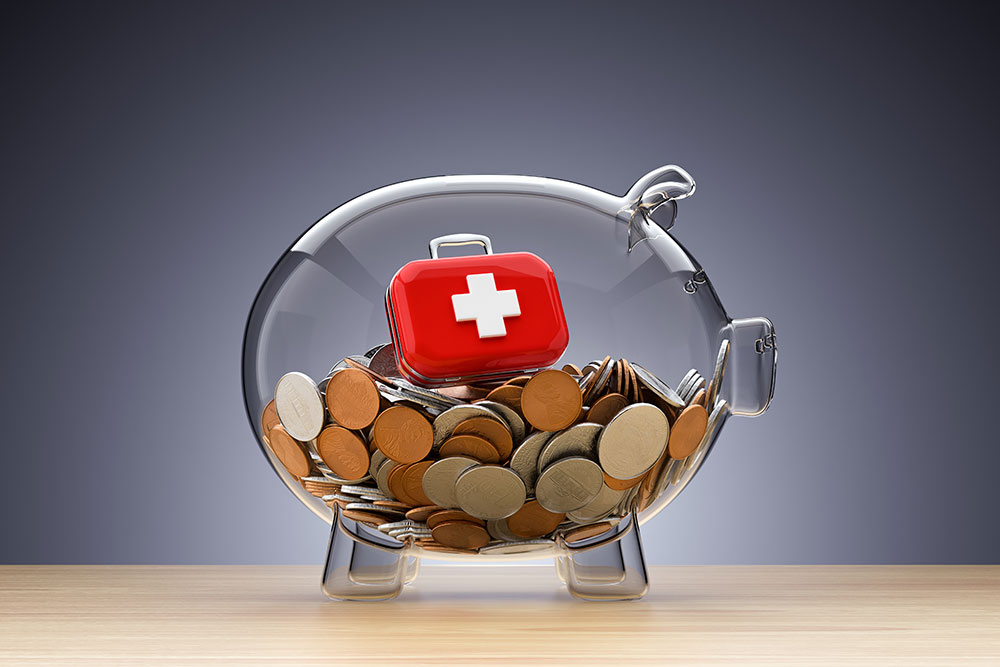