The Unmaking of a Mayor

The Unmaking of a Mayor

The 1965 New York City mayoral campaign may best be remembered for Bill Buckley’s announcement quip: if he were elected, Buckley declared, he would demand a recount. But history increasingly sees Buckley’s dynamic challenge to the establishment elite, including the leadership of the Republican party, as a critical moment in modern American politics.

By his wit, charm, persona, and intelligence, Buckley’s not-so-quixotic campaign revived conservatism—down and nearly out from the thrashing suffered via Barry Goldwater’s 1964 presidential trouncing—setting the movement on a direct trajectory to the Reagan Revolution.

The National Review Institute and Manhattan Institute are pleased to partner in celebrating the golden anniversary of Buckley’s fun, fateful, and historic candidacy—documented by Buckley in what many consider America’s premier political memoir, The Unmaking of a Mayor, now republished with a new forward by Neal Freeman, and a new afterward by Joe Scarborough.

In the first panel, National Review senior editor and NRI book fellow Jay Nordlinger sat down with Norman Podhoretz and Midge Decter to discuss the milieu of the mid-1960s Big Apple, when Buckley threw his sailing cap into the ring. In the second panel, National Review Editor Rich Lowry discussed the long-term political consequences of the Buckley candidacy with MSNBC host Joe Scarborough and Manhattan Institute senior fellows Steve Malanga and Fred Siegel. 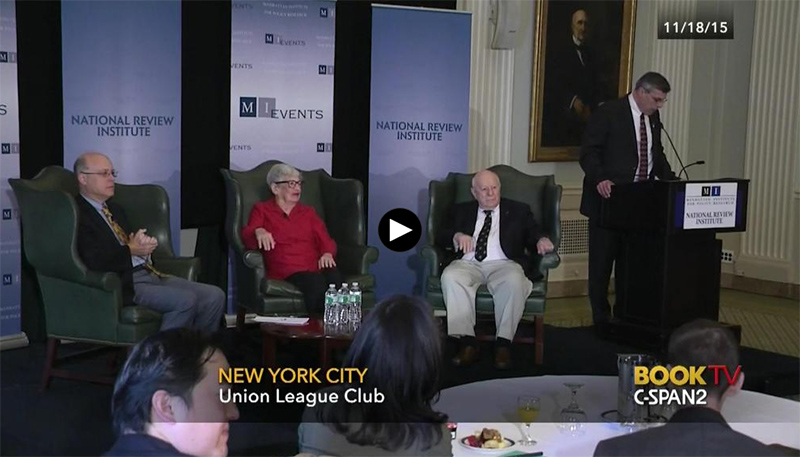 8:30 AM Registration and Breakfast
9:00 AM Program
More on