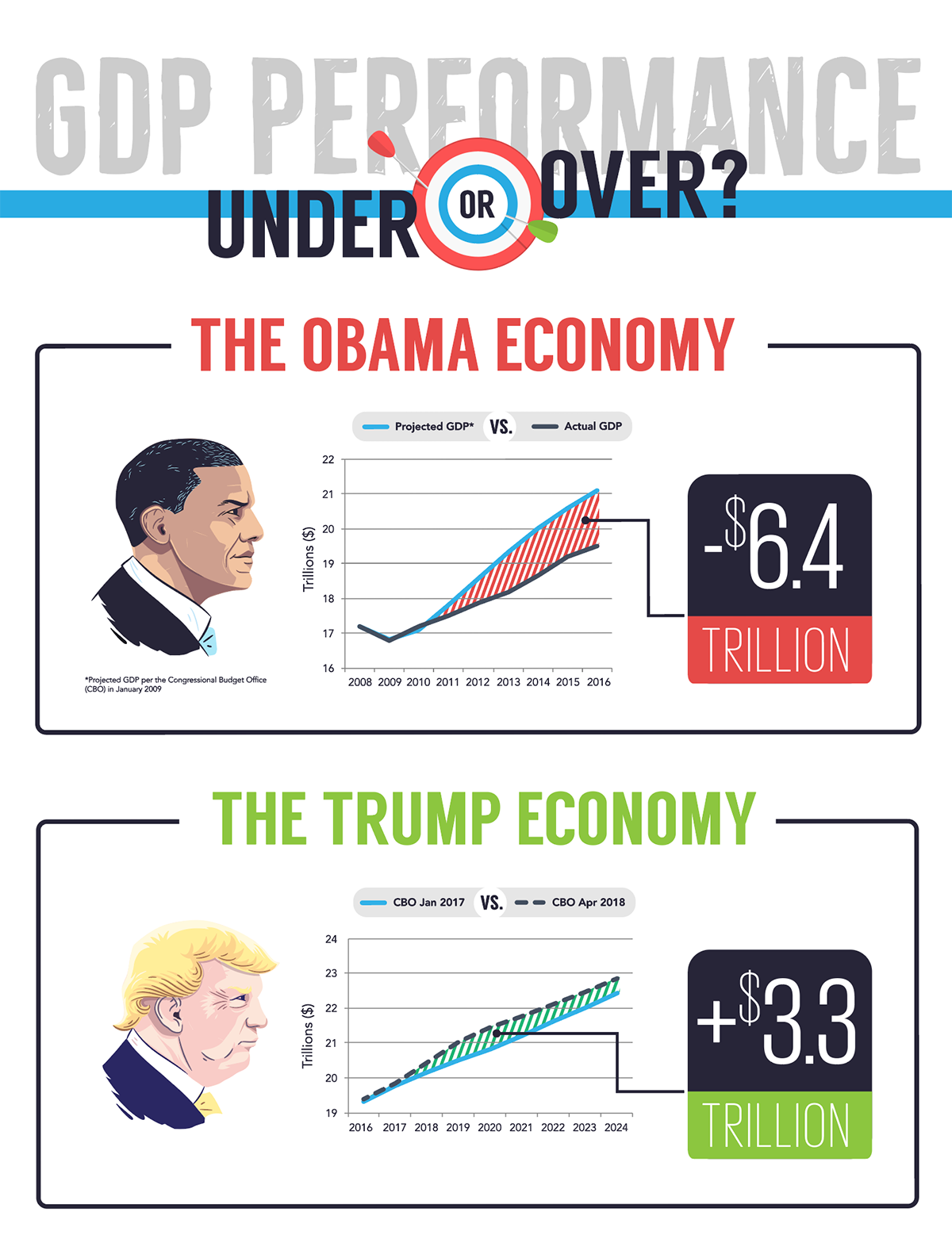 Over 8 years President Obama’s economy produced $6.4 trillion less GDP than was projected when he took office in January 2009. That initial projection already incorporated the recession that began in 2007.

Since President Trump took office in January 2017, CBO has raised its projection of the cumulative 2017-2024 GDP by $3.3 trillion.