This is the latest in my “superstar effect” series. Richard Florida posted an interesting analysis of venture capital investments over at City Lab.

Four cities dominate the charts: San Francisco Bay Area, New York, Boston, and Southern California. Call them the Big Four. No place else is even close. 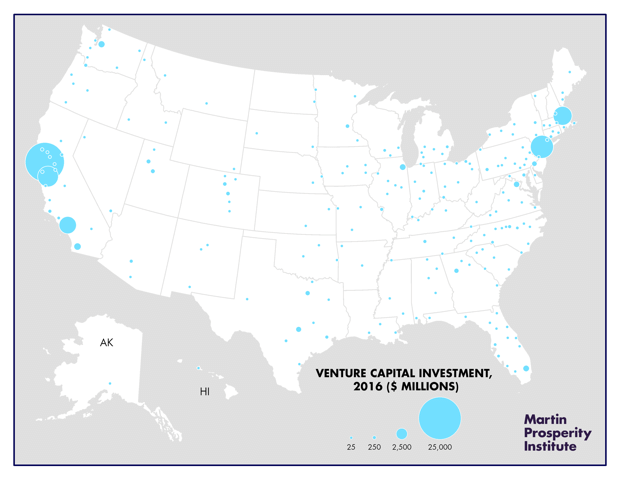 Florida points out that the data don’t back up the idea of the rise of the rest. The superstars account remain in a league apart as far as VC investment goes.

That doesn’t mean the interior is getting nothing. Certainly plenty of cities now have tech startups where there were none before. That’s reason to celebrate. But it’s too early to declare a major decentralization of VC activity.

Also, tech has historically been a very cyclical industry. The last crash wiped out almost all emerging startup clusters – even New York’s Silicon Alley. We’ll have to see how things shake out in the next crash when it comes.

In the meantime, there remains a superstar bias in VC funding.

This piece appeared at NewGeography (originally on Urbanophile)