Is Sesame Street Turning Your Child Into a Communist?

Conservatives have long grumbled about “Hollywood liberals,” but the debate over entertainment and ideology has intensified lately.

Writer Ben Shapiro has a new book, “Primetime Propaganda,” in which he argues — among other things — that “Sesame Street” is a vehicle for the leftist agenda.

Playwright David Mamet has drawn attention for his conversion to conservatism, asserting he’s no longer a “brain-dead liberal.” And on Fox News recently, Chris Wallace and Jon Stewart debated whether Stewart’s comedy is pushing a liberal viewpoint.

Do liberals run Hollywood? Does it matter? Joel Mathis and Ben Boychuk, the RedBlueAmerica columnists, debate the issue.

Hollywood isn’t run by liberals. It’s run by entertainers — entertainers who want to make lots and lots of money.

For a certain group of joyless right-wing activists like Sesame Street critic Ben Shapiro, though, entertainment itself is beside the point.

Only ideology matters. As a result, Shapiro and his ilk are forever combing through popular culture in search of a leftist agenda — and somehow always finding it.

Take Shapiro’s criticism of the 1990s sitcom, “Friends”: “Ross impregnates his lesbian wife, has a kid, and then takes care of the kid once every blue moon between his affairs and antics. His son, Ben, never feels any ill effects. Welcome to the liberal paradise, where dads are completely superfluous.”

Viewed purely through the lens of ideology, perhaps this makes sense.

Viewed through the lens of entertainment, though, Shapiro’s critique seems irrelevant. “Friends” was about young, funny, attractive people being young, funny, and attractive. In Shapiro’s hands, “Friends” would’ve been a family show like “Leave It To Beaver,” or else young Ben would’ve descended into a life of drugs, crime, and despair. A great conservative message, perhaps, but a lousy sitcom.

Shapiro and his allies also complain that conservatives are shut out of Hollywood. Try telling that to Jerry Bruckheimer -- the producer of a string of blockbuster movies, including the “Pirates of the Caribbean” franchise, and the creator of “CSI” on TV. He donated to the campaigns of George W. Bush and John McCain, yet still manages to get plenty of work. More than liberalism, success is Hollywood’s ideology.

And success comes from entertaining people. Movies with explicitly right- or left-wing agendas tend to play poorly at the box office.

People want to have fun; they don’t want a sermon. If Ben Shapiro ran Hollywood, that’s all they would get. And Hollywood would be bankrupt.

A reflexive, visceral sort of liberalism permeates the world in which most entertainers live and work. Liberalism is simply assumed.

That’s why Hollywood liberals celebrate redistribution of wealth on screen and sleep comfortably in their Beverly Hills homes. Denouncing the injustices of capitalism while enjoying its benefits is just one of many paradoxes they can afford to ignore or cheerfully dismiss.

It’s almost like the air — who thinks about breathing? David Mamet observes in his new book, “The Secret Knowledge,” it wasn’t until he wrote an explicitly political satire for the stage a few years ago that he “realized... I was in no way immune from the folly of partisanship, of muddle-headedness, and of rancor in political thought... That I was, in short, a fool.”

Once Mamet stopped assuming his liberalism and started thinking about why he believes what he does, the Pultizer Prize-winning playwright concluded he wasn’t really a liberal at all.

When “The Daily Show’s” Jon Stewart appeared on “Fox News Sunday” last week, he tried to explain to host Chris Wallace how his liberalism shapes his work.

“I’m a comedian first,” Stewart said. “My comedy is informed by an ideological background. There’s no question about that. But the thing that you will never understand and the thing that in some respect conservative activists will never understand is that Hollywood, yes, they’re liberal. But that’s not their primary motivating force. I’m not an activist. I’m a comedian.”

But that’s not quite true. He’s both. In Stewart’s comedy, as in Mamet’s older work, the liberalism is simply taken for granted.

In “Primetime Propaganda,” Ben Shapiro actually warns conservatives against over-thinking the politics on their TV screens. Liberals understand that it’s possible to be very entertaining and very liberal, Shapiro argues. Too often conservatives, he says, “take precisely the opposite approach.”

Brown And Pope Are Kindred Spirits On Climate Change 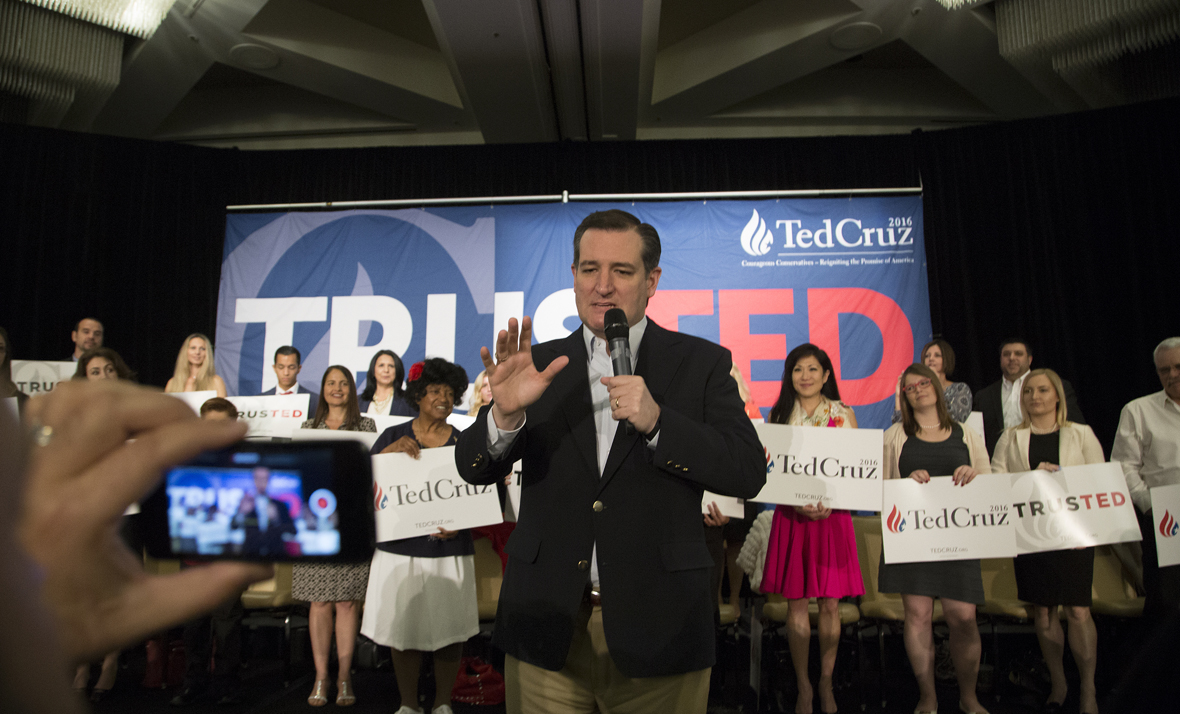 Cruz Knows How to Play Politics Better Than Trump