Burning food for fuel does not sound like the best idea. However, that is precisely what U.S. ethanol policy requires. Though federal supports for ethanol have changed over the past decades, the disappointing results of the program—including the waste of motorists’ dollars—have continued. In what follows, my Manhattan Institute colleague Robert Bryce explains why Americans are still stuck with destructive ethanol programs that do not help the environment, promote energy independence, or aid the economy:

Jared Meyer: What are the main ways that the government promotes the ethanol industry? How have these industry supports changed over time?

Robert Bryce: Americans have been paying to support corn ethanol since 1978, when Congress approved a 40 cent-per-gallon subsidy for the fuel. That year, the Bee Gees topped the pop charts with their disco hit, “Stayin Alive.”

Big Corn was able to keep those subsidies flowing until the end of 2011 when Congress finally killed them. Today, taxpayers are not directly subsidizing ethanol producers, but they are still providingbillions of dollars per year in federal crop insurance for corn farmers.

More importantly, thanks to Congress, we have a federal mandate that requires retailers to blend about13 billion gallons of corn ethanol per year into the gasoline they sell to the public. That mandate is just another form of subsidy because it requires motorists to buy a fuel that, on an energy-equivalent basis costs more than conventional gasoline. Making matters worse, ethanol is corrosive, hydrophilic (meaning it absorbs water), and it’s bad for small engines.

Regarding that last point, I am compelled to add a personal anecdote. I have a small (4 horsepower) outboard engine that I use on my old wooden boat. A few weeks ago, I had it serviced. As I handed it over, I asked the mechanic (James, the owner of Highland Outboards) how many of the engines he works on have been damaged by ethanol. His reply: “all of them.”

JM: Harvard economics professor and former member of the President Obama’s Council of Economic Advisers James Stock argues that, “Yes, [ethanol promotion] is a government subsidy, but one that is warranted as support for the most promising short-term path toward reducing carbon emissions from the transportation sector.” Do biofuels actually reduce carbon emissions?

RB: The claim that biofuels reduce greenhouse gas emissions is one of the biggest fibs of the modern age. The EPA’s own data shows that corn ethanol is worse for the environment than conventional gasoline.

Thanks to Congress, we have a federal mandate that requires retailers to blend about 13 billion gallons of corn ethanol per year into the gasoline they sell to the public. That mandate is just another form of subsidy...

In 2010, the agency published a 1,100-page document that detailed the environmental and economic effects of the Renewable Fuel Standard, which is the federal mandate that requires retailers to blend ethanol into the fuel they sell to the public. The EPA found that ethanol-blended fuel increases “emissions of hydrocarbons, nitrogen oxides, particulate matter and other pollutants” and that will “lead to increases in population-weighted annual average ambient PM [particulate matter] and ozone concentrations, which in turn are anticipated to lead to up to 245 cases of adult premature mortality.”

Or look at the work published last summer by John DeCicco, a research professor at the University of Michigan’s Energy Institute. DiCicco, who has been studying automobile fuels for more than two decades, found that greenhouse gas emissions from corn ethanol are up to 70% higher than those from standard gasoline.

Or consider a 2014 report published in the Proceedings of the National Academy of Sciences by researchers from the University of Minnesota. Jason Hill, one of the authors of the report, said flatly that “If we're using ethanol for environmental benefits, for air quality and climate change, we're going down the wrong path.”

JM: Most environmentalists seem to agree with you. The Environmental Working Group, a nonprofit dedicated to helping the environment, recently succinctly stated that, “corn ethanol is environmentally destructive and is not a renewable fuel.”

RB: I have to dispute your claim that “most environmentalists” agree. Remember, the Green/Left has been pushing biofuels for decades.

In 1976, Amory Lovins, the co-founder of the Rocky Mountain Institute and a longtime darling of the Green/Left claimed that “exciting developments in the conversion of agricultural, forestry and urban wastes to methanol and other liquid and gaseous fuels now offer practical, economically interesting technologies sufficient to run an efficient U.S. transport sector.” Given better efficiency in automobiles and a large enough installation of cellulosic ethanol distilleries, he claimed, “the whole of the transport needs could be met by organic conversion.”

Since then, Lovins has frequently repeated his specious claim that biofuels are going to magically displace our need for petroleum. Further, recall that in her 2008 presidential platform, Hillary Clinton pushed for a dramatic increase in biofuel use—to 60 billion gallons by 2030. She claimed that “homegrown biofuels can reduce our dependence on foreign oil and cut greenhouse gas emissions.”

JM: Speaking of our “dependence” on foreign oil, some conservatives—even those outside of Iowa—still support ethanol subsidies and mandates because they argue that these programs reduce American’s reliance on oil imports. Does the energy independence argument hold any water? After all, Republican President George W. Bush signed the RFS into law.

RB: Since the 1970s, ethanol boosters have been using the bogeyman of foreign oil to justify subsidies and mandates for their fuel. The result: ethanol distilleries now consume nearly 40% of all domestic corn output in order to produce fuel equivalent to about 600,000 barrels of oil per day. And it took nearly four decades of federal subsidies and mandates to get the ethanol sector to that size.

The claim that biofuels reduce greenhouse gas emissions is one of the biggest fibs of the modern age.

That meager quantity of fuel has done effectively nothing to reduce our need for imported energy.Since 2006, domestic oil production has increased by more than 3.6 million barrels per day. Thus, in just the last nine years, the oil sector has increased production by six times the total output of every ethanol distillery in America. That increased oil production did not happen because of congressional mandates.

It happened because privately owned companies risked billions of dollars, and in doing so they innovated in everything from drill bits to mud pumps. The result: dramatic decreases in oil and natural gas prices which are saving American consumers billions of dollars per year. Promoting this type of entrepreneurial risk-taking and innovation is the path forward, not throwing more money at ethanol.

JM: You argue that the federal ethanol program is not only ineffective, but that it is very costly. Just how much have federal subsidies and mandates for corn ethanol cost American consumers?

RB: The ethanol scammers like to claim that their motor fuel moonshine is cheaper than gasoline. That is true on a volumetric basis, but not on an energy-equivalent basis. And energy equivalence is what matters. Ethanol contains about 76,000 Btu per gallon. Gasoline contains about 114,000 Btu per gallon. Thus, to get the same amount of energy contained in a gallon of conventional gasoline, a motorist would have to purchase about 1.5 gallons of ethanol.

In just the last nine years, the oil sector has increased production by six times the total output of every ethanol distillery in America.

As I showed last year in a report for the Manhattan Institute, ethanol mandates now impose about $10 billion in additional fuel costs on motorists over and above what they would have paid for gasoline alone. That means that each of the 212 million licensed drivers in the United States is paying about $47 per year in excess fuel costs.

It is time to call the ethanol scam what it is: a tax on every motorist in America.

JM: After Republican presidential candidate Ted Cruz won the Iowa caucus despite his opposition to federal ethanol supports, the ethanol program was pronounced dead by many pundits. However, ethanol is still alive and well and continues to draw support from the public and policymakers. A new Des Moines Register poll found that 71% of Iowans (and 66% of the state’s Republicans) favor the RFS. Why does a program that places such heavy costs on everyday Americans and the environment continue to receive such passionate, bipartisan support?

RB: Simple: voters love pork, and I am not talking about bacon. Iowa has kept a stranglehold on presidential-selection process for years. The result of that stranglehold is that presidential wannabes have to march in near-lockstep on the question of ethanol.

Sure, Cruz came out against ethanol (but he later waffled on his position.) Further, last September, while campaigning in Iowa, current delegate leader Donald Trump said, “Ethanol is terrific, especially with the new process, and I am totally in favor of ethanol, 100%. And I will support it.”

The hard fact is that Big Corn and Big Agriculture have powerful lobbying groups that are spread across many states. Presidential candidates do not want to cross swords with those groups. Further, those lobbying groups hold lots of sway in the U.S. Senate. Rather than buck Big Agriculture, Democrats and Republicans alike continue to support a mandate that requires us to use a fuel that is worse for the environment and costs more than conventional fuel. It is just another unfortunate example of how narrow special interests are corrupting American politics.

Out to Sea: The Dismal Economics of Offshore Wind 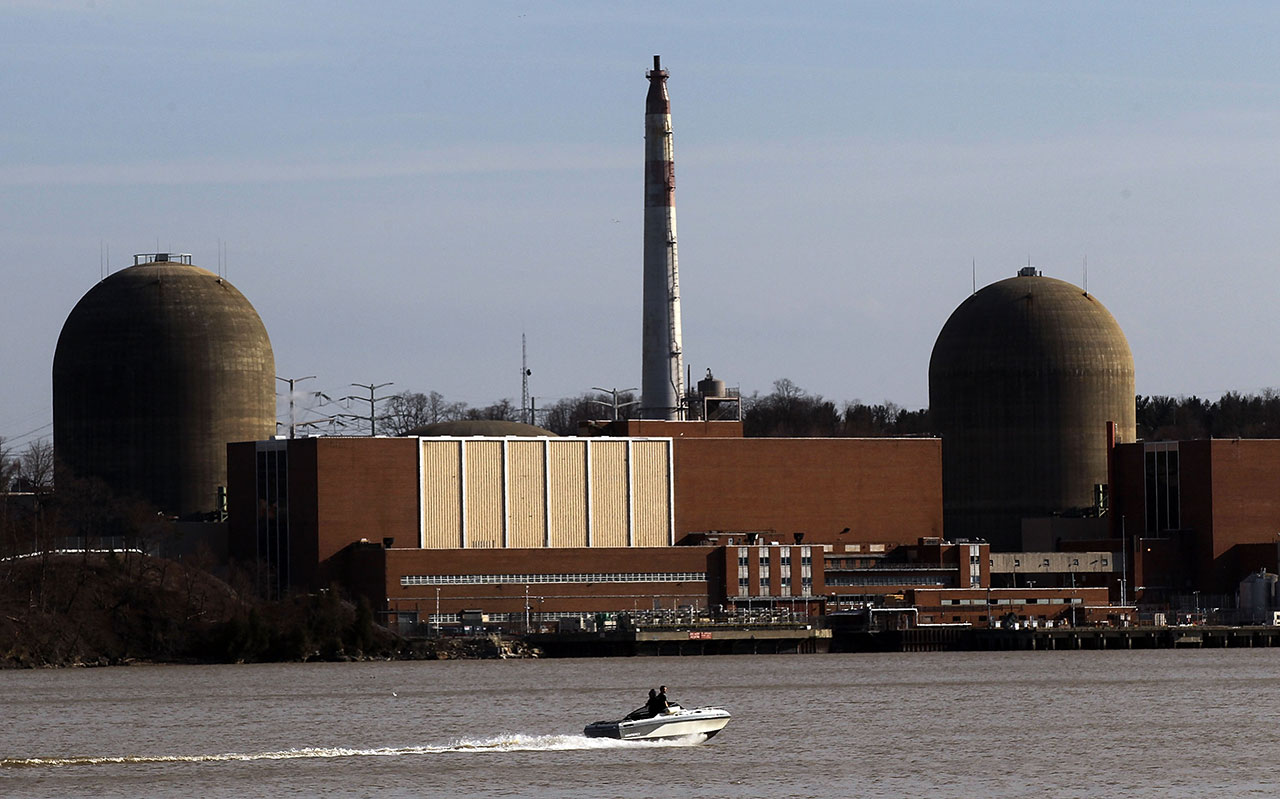