Editor's note: The following is a chapter featured in the new book, “This Way Up: New Thinking About Poverty and Economic Mobility.”

Policymakers across the political spectrum are concluding that if we want more employment at higher wages than the market delivers, especially for less-skilled workers, we should subsidize it. The standard tool for accomplishing this, popular in both parties, is the earned income tax credit (EITC), which pays many low-income households substantial government checks when they file their taxes once a year. But we can do better, by creating a direct wage subsidy, similar in many respects to the EITC but calculated on the basis of a worker's hourly wage and inserted into every paycheck.

Any form of means-tested cash transfer may seem an odd fit for the conservative agenda, which traditionally emphasizes the tension between government benefits and paid work. But subsidizing work—whether through a tax credit like the EITC or a paycheck-based wage subsidy—differs from a typical welfare program. The benefit goes only to those who work, and it can grow as they work more. If either basic fairness or the social good requires redistribution, boosting take-home pay is the best way to create healthy economic incentives, reinforce a norm of self-sufficiency, and minimize government intervention.

Subsidizing work achieves two benefits at once. First, by increasing a worker's effective wage rate, it encourages people to enter the workforce and work more hours. This is the standard subsidy effect: more of the thing subsidized. But unlike the typical subsidy target, a low-wage worker is someone to whom policymakers want to transfer resources. Thus the second benefit: The subsidy not only gets more people working but also increases their material well-being.

The EITC began as a temporary program in 1975, became permanent in 1978, has undergone repeated expansions, and is currently the nation's primary means of subsidizing work. A low-income household claims the credit on its tax return; a family with several children can receive as much as 40 cents from Uncle Sam for each dollar earned from an employer, up to $6,000 for the year. In 2015, more than 27 million workers received more than $67 billion in credits.

If either basic fairness or the social good requires redistribution, boosting take-home pay is the best way to create healthy economic incentives.

Compare this to a minimum-wage hike, which also aims to boost earnings but comes with significant drawbacks. President Obama's proposal to lift the federal minimum wage from $7.25 to $10.10 would mean raises for some, but likely at the expense of others who see their hours cut or may not get a job at all. By contrast, the EITC increases take-home pay while increasing opportunities. For instance, for a woman with two children working full time at $7.25 per hour, the added EITC payment increases her effective hourly wage to $10.04—almost exactly the wage Obama advocated.

A variety of policymakers, left and right, propose expanding the EITC. Obama and House Speaker Paul Ryan both proposed an EITC increase for childless workers, for whom the credit is currently capped at around $500. More recently, Rep. Ro Khanna (D-CA) suggested more than doubling the EITC at a 10-year cost of roughly $1 trillion. 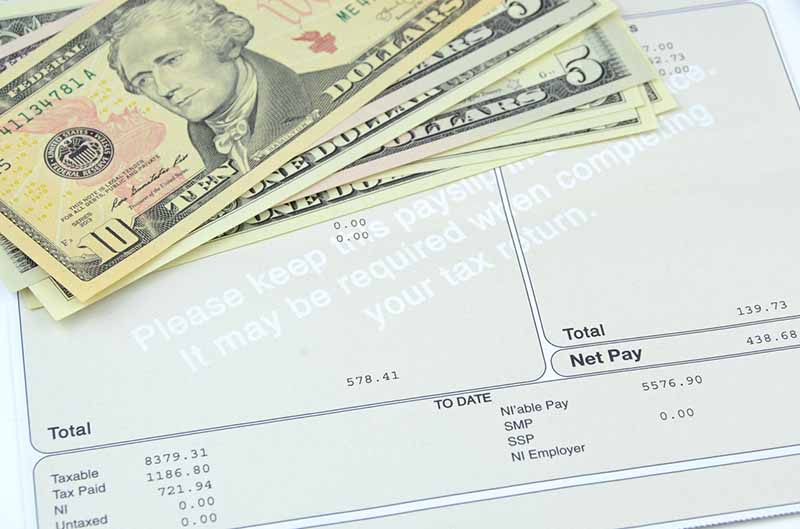 But the EITC has drawbacks, primarily because of the way it is delivered: once a year, in a lump-sum check, to anyone who claims eligibility on a tax form. That's a weak, delayed incentive for someone not in the labor force to take a job today. It can wreak havoc on a low-income household's already uneven and precarious finances. And nearly one-quarter of payments are made improperly because of accidental filing errors and outright fraud.

A direct, paycheck-based wage subsidy, added weekly or biweekly to the paychecks of workers earning low hourly wages, would be more efficient and more effective. The subsidy could be calculated as half the gap between a worker's hourly wage and the median wage, now between $17 and $18 per hour. So someone earning $10 an hour would receive an additional $3 to $4 for every hour worked. Sen. Marco Rubio (R-FL) has proposed a federal "wage enhancement" along these lines and in 2016 introduced legislation to pilot the approach in Puerto Rico.

This kind of direct wage subsidy offers several substantial benefits over the EITC's lump-sum tax credit. First, it arrives in every paycheck.

This helps low-income households manage their finances and creates an immediate and easily understandable benefit that strengthens the incentive to find work.

Second, because the subsidy is tied to the hourly wage instead of to earnings over the year, workers do not see support phaseout as they or someone in their household works more hours. The government calculates a tax credit like the EITC based on a household's total annual income, and the credit's value begins to decline as income increases—no matter whether that increase is due to a raise or more hours worked. So as members of a household work more, they find themselves losing the credit—a disincentive to work. With a wage subsidy tied directly to the hourly wage, someone working 40 hours per week at $10 per hour can take a second job at the same wage, or another family member can take a low-wage job, and every new hour will still earn the subsidy. The phaseout occurs only as workers receive raises.

Third, whereas the EITC is paid directly to the worker at tax time, a direct, paycheck-based wage subsidy would flow through employers, who are less likely to make accidental errors and can more easily be deterred from attempting fraud.

One more key difference: A tax credit like the EITC, calculated for the household at tax time, considers family structure and children. A direct wage subsidy, calculated solely on the basis of hourly wage, ignores household status. A young, single person receives the same subsidy as a mother of three.

Perhaps the greatest obstacle to more aggressively subsidizing work ... is paying for it.

A labor economist would approve. To him, a worker is a worker. In contrast, we as a nation may want to focus extra support on families with children. But rather than try to accomplish this through the labor market, we could do it more cleanly and effectively by expanding the child tax credit. The result would be a clear distinction between a direct wage subsidy that treats workers as workers in the labor market and a child benefit that aims to help families manage the added cost of raising children.

Perhaps the greatest obstacle to more aggressively subsidizing work, whether through the EITC or a direct wage subsidy, is paying for it. This is what stymied Obama and Ryan's parallel proposals. Obama sought to fund an expansion of the EITC with higher taxes, while Ryan preferred a budget offset—cutting spending on other programs and using those funds for the EITC.

Conservatives should insist on reallocating funds from existing antipoverty programs, which already cost more than $1 trillion annually. Certainly, there is a debate to be had about overall spending levels. But whatever the amount of money that goes each year toward helping low-income households, everyone should be able to agree on directing it toward those programs, like a wage subsidy, that will do the most good.

This chapter is featured in the “This Way Up” series