Obama and the Reawakening of Corporatism

In 1970, General Motors was the largest and most profitable company in America. Today, of course, GM is neither. Instead, in 2009 America’s largest company is Wal-Mart, which was still only a regional, privately-held retailer in 1970. Wal-Mart’s rapid rise is not unique, however. Among the 100 largest firms today, a number—including FedEx, Microsoft, Cisco, and Home Depot--didn’t even exist in 1970. So profoundly has the landscape changed that 80 percent of the Fortune 100 companies today are different from 1970.

All of this is the result of an entrepreneurial revolution spurred by everything from intensifying international competition starting in the late 1950s, to the lowering of confiscatory tax rates starting in the 1960s, to a series of technological revolutions that gathered momentum in the 1970s, to the taming of inflation in the early 1980s. During that time the corporate team player, the quintessential organizational man, slowly gave way to the dazzling but disruptive entrepreneur whose innovations rapidly reshaped the economy—and the ranks of corporate America—several times over.

But we are entering quite a different age right now, one in which the President of the United States and his hand-selected industrial overseers fire the chief executive of General Motors and chart the company’s next moves in order to preserve it. Conservative critics of the president have said that the government’s GM strategy is one of many examples of an America drifting toward socialism. But President Obama is not a socialist. If his agenda harks back to anything, it is to corporatism, the notion that elite groups of individuals molded together into committees or public-private boards can guide society and coordinate the economy from the top town and manage change by evolution, not revolution. It is a turn-of-the 20th century philosophy, updated for the dawn of the 21st century, which positions itself as an antidote to the kind of messy capitalism that has transformed the Fortune 500 and every corner of our economy in the last half century. To do so corporatism seeks to substitute the wisdom of the few for the hundreds of millions of individual actions and transactions of the many that set the direction of the economy from the bottom up.

Corporatism periodically re-emerges precisely because it is an appealing political formulation, seeking as it does to present a middle-of-the-road alternative to socialism on the one hand, and capitalism on the other. It was the search for just such a third way that prompted Pope Leo XIII to outline the notion of corporatism in his 1891 encyclical, Rerum Novarum (Of New Things). Leo confronted a world in transition, like ours, in which technological advances had created an industrial revolution that was reshaping society, setting off mass migrations and creating wealth and pockets of new urban poverty at the same time. The Catholic Church worried about the rise of socialism--an ideology that rejected religion and preached seizing private property (a particularly distasteful notion to Europe’s biggest property owner) in response to the industrial revolution. But the Church was also distrustful of capitalism, with its overtones of survival of the fittest. That the most successful capitalist countries of the time were overwhelmingly Protestant didn’t reassure Leo XIII either. His corporatism was not rule by capitalists, but rather enlightened guidance from medieval-style guilds and associations or other such collaborative bodies.

Variations on Leo’s ideas soon became a common part of the political discourse. We see hints of corporatism in America’s Progressive Reform movement of early 20th century America, with its notion that the country could be governed by an enlightened, technocratic, nonpartisan elite, which culminated in the presidential election of Woodrow Wilson--a political scientist who specialized in the study of public administration.

But a version of corporatism also emerged in the 1920s in Fascist Italy, where Mussolini conceived of syndicates in numerous industries composed of labor leaders and businessmen helping direct the Italian economy in the service of Fascism. Hitler’s solution was more thorough, to eliminate those organizations and associations within Germany that opposed him and to smother individualism by instituting a corporatist regime of forcible coordination among trade unions and business groups.

As chilling as these authoritarian versions of corporatism sound today, in the 1930s they found admirers in the U.S., where the ravages of the Great Depression provoked public longing for a safer, more thoroughly planned economy without as much resistance and debate from recalcitrant business leaders or opposition party members who opposed the New Deal. Even today one occasionally hears a longing for a benign version of this elaborately planned economic world in phrases like “getting the trains running on time,” or in a recent column in the New York Times which suggested that Hitler’s wartime buildup amounted to a successful government stimulus in Depression-era Germany.

Today, some American conservatives will argue that we never put aside the corporatism of the U.S. during the New Deal. They can point to any number of initiatives, from Lyndon Johnson’s Great Society to Richard Nixon’s wage and price controls, as evidence of continued drift. Progressives, by contrast, will argue that America has been governed over that same time by a corporatist regime of big business conspiring with government against the middle and lower classes so that only the rich benefit.

The facts belie both versions. If corporations have been running our economy for their own purposes, or in tandem with big government, they haven’t been doing an awfully good job of protecting their interests, considering how quickly U.S. firms rise and fall and how the Fortune 500 turns over. And if only the rich are getting richer someone needs to tell Bill Gates, a kid from a middle class background with no college degree, or Warren Buffett, who grew up working in his grandfather’s grocery store, that they need to return the billions they’ve somehow acquired to the Rockefellers, the Astors, the Vanderbilts and other once-rich families whose fortunes have long been in decline.

Still, great economic dislocations bring out the corporatist, which is why we now have a government board overseeing General Motors, and the Treasury Department has issued the first car warranty program in its history. It’s why some banks were pressured to accept bailout money they didn’t need and have been pressured not to return it to get out from under federal micromanagement. And it’s why the federal stimulus package contains such chestnuts as money to build out our broadband infrastructure, which comes with all sorts of strings attached by the Federal Communications Commission, because we somehow can’t rely on our phone, cable or internet companies to provide customers with the bandwidth they demand in networks that will suit our economy.

Corporatism is especially attractive to politicians, public intellectuals who serve as policy makers, and Nobel Laureates because it is ultimately a world managed by the few, the elect, through the state. If we are told enough times that nothing, even technological innovation, is possible anymore without significant contributions and directions from the state, maybe we’ll eventually come to believe it, although the inventors of the printing press, the steam engine, the light bulb, the telephone, and internal combustion engine and other game-changing technologies might wonder how they accomplished what they did without government.

Corporatism is not about regulating capitalism better as markets evolve. It is several steps beyond. It is instead about those who believe in “the beauty of pushing a button to solve problems,” as the economist Paul Krugman recently described his attraction to the social sciences. Some people worry about what happens when the regulators take charge of our economy. But the real concern is what happens when the button pushers take charge, for the button pushers are the corporatists.

This piece originally appeared in RealClearMarkets 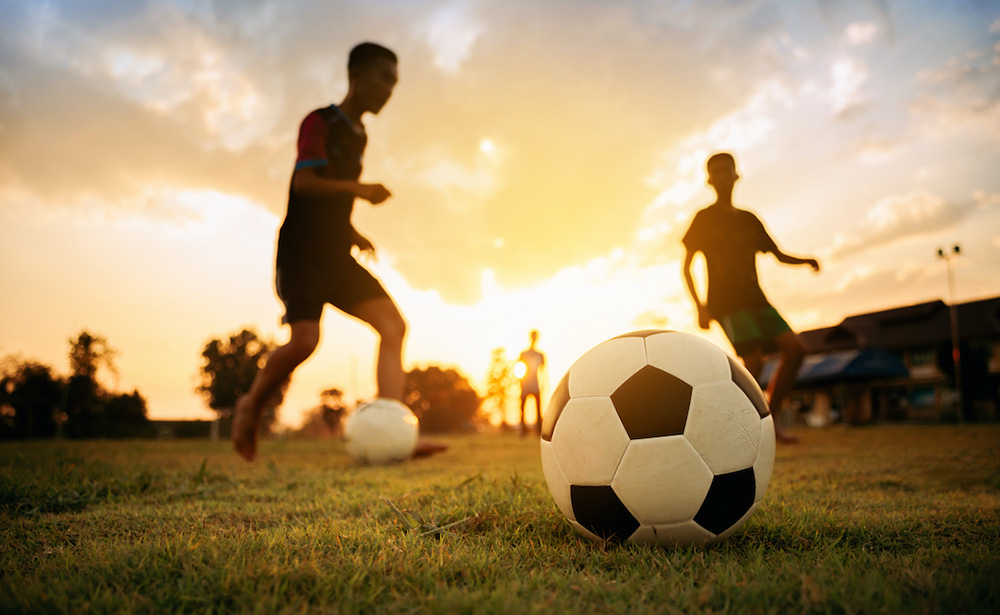