In its response to Mayor de Blasio’s budget, the City Council proposed a 20 percent cut to ThriveNYC, his marquee mental-health initiative poised to spend almost $1 billion over four years. This move came after blazing criticism from the press and other city officials that Thrive has failed to focus on helping the most seriously mentally ill.

But instead of cutting Thrive’s budget, a better approach would be to reallocate the $220 million of the $250 million budget spent annually that is not focused on the seriously mentally ill.  The most serious cases are the ones most likely to become homeless, arrested, incarcerated, hospitalized and violent if they go untreated. Yet Thrive virtually ignores this group in favor of people with less severe illnesses. 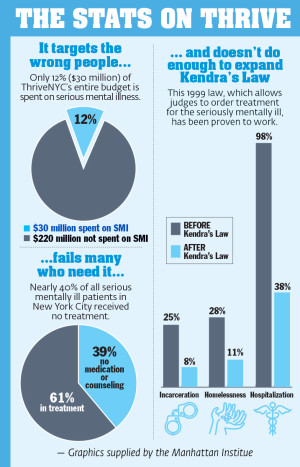 Here’s how Thrive’s funding could help the seriously ill, rather than those who are worried but mostly well.

Take $60 million of that $220 million and allocate it to the seriously mentally ill who are homeless. That one action could help get 2,000 homeless mentally ill — 16 percent of the total — off the streets and out of shelters and into supported housing. That would make all New Yorkers cheer.

Meanwhile, Thrive funds should be used to start or expand a Fountain House-style program in each of the five boroughs. It is perhaps the best program for the seriously mentally ill who recognize their need for treatment. Fountain House embraces a clubhouse-style approach that forges a sense of community. Members answer the clubhouse phones, plan the meals, do the shopping and perform the other work-related activities needed to keep the clubhouse operating. Fountain House offers members education, a path to supported employment and access to housing. But because what it’s offering doesn’t fall into the neat billable codes required by Medicaid, it has to fund much of its own operations. The city should help out, with $50 million to $60 million to help get these programs going.

The city should also devote $50 million or so toward establishing an office to get more seriously mentally ill into Kendra’s Law and the expenses and services associated with operating that program effectively.

Kendra’s Law is New York’s most effective and efficient program for the subset of seriously mentally ill who become homeless, arrested, incarcerated or hospitalized when not in treatment. It allows judges to order them to accept treatment while they continue to live in the community. It reduces homelessness, arrest, incarceration and hospitalization of the seriously mentally ill in the 70 percent range, is more humane than the alternatives (incarceration or hospitalization) and saves taxpayers 50 percent of the cost of care by reducing the use of both.

There are at least 4,000 city residents who could benefit from Kendra’s Law, but the city has less than half that number in it.

The Kendra’s Law Office should hire enough clinical staff to evaluate all mentally ill who are being discharged from hospitals after involuntary commitments, jails after being arrested or are residing in shelters to see if other services are needed to keep them safe. Those are the three highest-risk populations.

The Kendra’s Law Office should also refocus the NYC Well hotline on the most seriously mentally ill.

The $11 million NYC Well advertising budget encourages anyone “under pressure” to call. Being “under pressure” is not a mental illness. It is a normal state of affairs for many New Yorkers. The ad campaign should be asking people with schizophrenia, bipolar disorder and their families to call.

More crisis-intervention teams should be created so that callers with psychiatric emergencies can get a team to their home instantly, rather than being told to wait two days or to call police. Operators should walk callers through the process to help someone get into Kendra’s Law by teaching them how to fill out the pro-forma petitions used for enrolling patients.

The Kendra’s Law Office should also ensure petitions are brought, housing provided and expiring petitions that need renewing are renewed.

Research shows Mental Health First Aid makes people who receive the training feel better about their skills — but feeling better about one’s skills has zero benefit for the mentally ill. Yet the first lady has trained 100,000 people in this scheme, including 50,000 city workers, and wants to train another 100,000. Rather than educating the public about how to identify the symptoms, the funds should be used to educate mental-health programs and families of the mentally ill about how to get people into Kendra’s Law.

Finally, New York state is short at least 4,000 hospital beds for the seriously mentally ill. To help remedy that, city officials should work to prevent the closure of the psychiatric unit at Allen Hospital in Inwood and encourage the state to stop closing its psychiatric beds.

They should also encourage the state to amend its civil commitment law so the seriously mentally ill can access inpatient care before exhibiting an immediate danger to oneself or others, which is the current standard.

City officials should call on the federal government to eliminate the provision that prevents Medicaid from being used to fund long-term inpatient psychiatric care. When asked why they’re not doing more to address the mentally ill homeless people in the city, de Blasio administration officials have sometimes noted the legal limits they face. But why not, then, pursue changing those limits?

In the long term, funds for hospitalization will have to be a state and federal responsibility. But, in light of the extraordinary demands placed on NYC Health + Hospitals as the leading provider of inpatient psychiatric care in the city, an allocation of $20 million in Thrive resources for that purpose would be worthwhile.

Analysts may quibble with these allocations. But, even after funding the clubhouse and supported housing initiatives, this array of programs would require no more money than is already being spent. Most importantly, they would produce enormous change, unlike the existing allocations, which are not having any effect and in most cases are not directed to the seriously ill.

At the time ThriveNYC launched in 2015, Mayor de Blasio was right to argue that mental-health care in New York needed reform. But he chose the wrong approach, by setting up Thrive to focus on “changing the culture” and offering “a new paradigm.” That’s not what’s needed. What’s needed is a return to the old culture and the old paradigm whereby mental-health funds were used to treat the most seriously mentally ill rather than to improve “mental wellness” (whatever that is) in the masses.

Stephen Eide is a senior fellow at the Manhattan Institute and author of the report, Systems Under Strain: Deinstitutionalization in New York State and City. 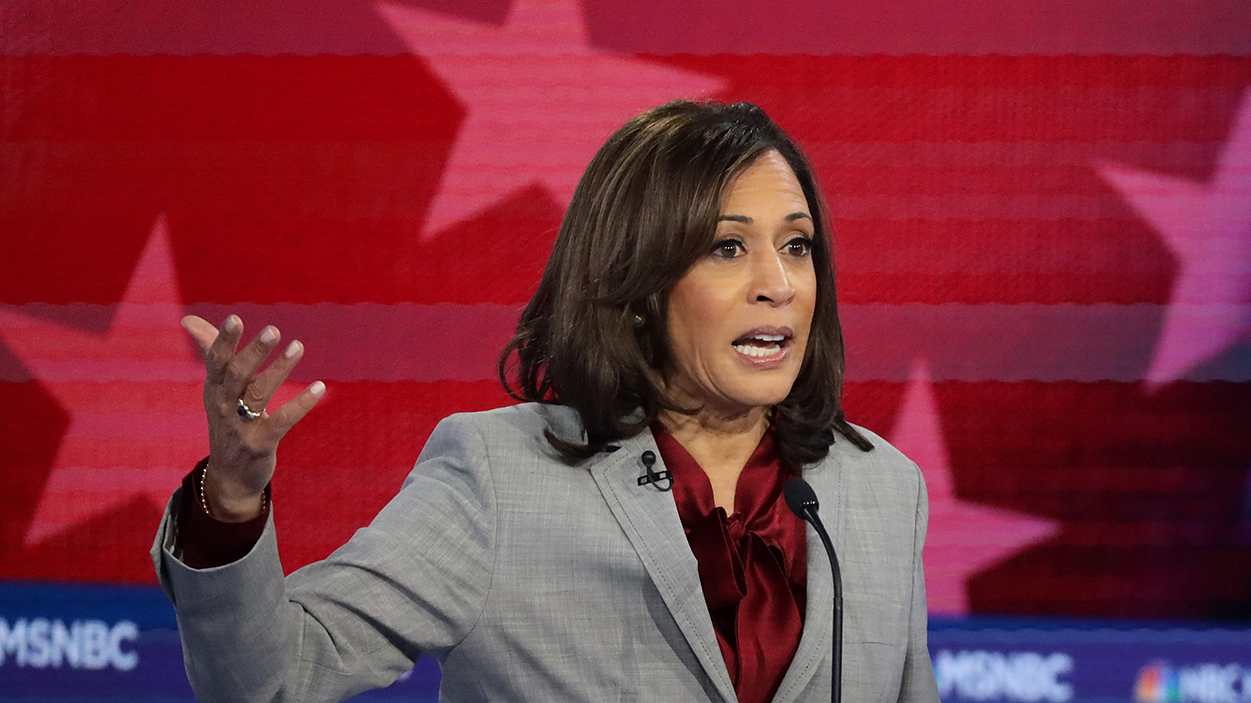