Like Captain Renault in “Casablanca,” Schools Chancellor Carmen Fariña is “shocked, shocked” to discover that there's lots of cheating in the city's public schools. Fariña was apparently so unnerved by The Post's recent reporting on this subject that she immediately appointed a task force of “experts” to try to get to the bottom of the scandal.

I have never been a fan of the chancellor's educational philosophy, but I'll offer her some free advice: Ditch the experts and save the city's beleaguered taxpayers the $5 million the panel is expected to cost.

Fariña doesn't need the experts because she already knows everything there is to know about the rampant culture of grade inflation and other forms of cheating in this age of test-based accountability. Indeed, she knows more about the problem than any of the city's recent chancellors.

After all, she's the only one who actually moved up through the ranks — from classroom teacher, to principal, to regional superintendent, to deputy chancellor and now to the chancellor's office. During her very long career in the city schools Fariña has seen it all: grade tampering, scrubbing of student test sheets and the serial abuses of the “credit recovery” system that allows many students to graduate despite not having passed all of the course work required by the state of New York.

For example, in the early years of the Bloomberg administration, Fariña served as a Brooklyn superintendent when a Regents cheating scandal erupted right under her nose at the Cobble Hill High School for American Studies.

A few years later, Fariña was deputy chancellor for teaching and learning when PS 33, a poor elementary school in the South Bronx, seemed to have hit the jackpot on the state's reading test. More than 83% of the school's fourth-graders scored at or above proficiency (or grade level), up from 43% the previous year.

The school's miraculous test results were just 4 percentage points below the average for the richest suburban districts in the state. But as I and The Post's Yoav Gonen reported at the time, there was actually no education miracle at the school. It was just another case of test tampering which went unpunished because of a bungled investigation by the Department of Education.

By the time Mayor de Blasio brought Fariña back to head the school system last year, she was fully aware that the push for good test scores and high graduation rates was pressuring educators to meet those benchmarks by any means necessary, legal or illegal. In the past few years massive cheating scandals had been uncovered in urban school districts around the country, including Atlanta, Washington, DC, Baltimore and Philadelphia.

With these events as context and background, it's astonishing that Fariña did nothing to create tougher security protocols to counteract the many opportunities that still exist for cheating in the schools. For this negligence alone she should be relieved of her duties by de Blasio.

Yet there's a broader dimension to the current crisis that has largely gone unmentioned. Educators are often tempted to cheat when they realize that their students have not mastered the academic content that would allow them to pass more stringent tests. At that point educators can either acknowledge their own failure in the classroom and consider the causes; or they can tamper with the testing system and hand out worthless diplomas.

This widespread education failure hasn't occurred — in New York or elsewhere — primarily because of student poverty or lack of resources. As the education scholar E.D. Hirsch Jr. has argued persuasively, it happened because a wrong-headed progressive education philosophy became dominant in America's schools and teacher training institutes beginning in the 1960s. The progressives succeeded in eliminating a coherent, grade by grade curriculum in the schools.

Instead of explicitly teaching children the facts and background knowledge necessary to become good readers and productive citizens the progressives substituted the upside down idea of “student-centered learning.” That means allowing students to “construct their own knowledge” and at their own pace. After a half-century of this revolution in the classroom, no wonder so many students in this city (and in the nation) can't pass simple exit exams and thus have to be given worthless diplomas.

Now caught up in a cheating failure of her own making, Carmen Fariña has, not coincidently, been one of the most prominent advocates in the city of the entire panoply of failed progressive education ideas — downplaying the teaching of phonics in the early grades, opposed to direct instruction and the teaching of broad content knowledge, championing social justice in the schools instead of high academic achievement.

You can read all about it in her own words, in a book called “A School Leader's Guide to Excellence,” written before she returned as chancellor last year.

It's one of the most vapid and content-free books on education I have ever read. Instead of serious ideas about how to actually restore academic excellence in the city's schools, it's all about how to bring “joy” back to the classroom.

Now the chickens have come home to roost for Fariña and de Blasio. Perhaps there really is more joy in Fariña's classrooms, but there isn't much learning. 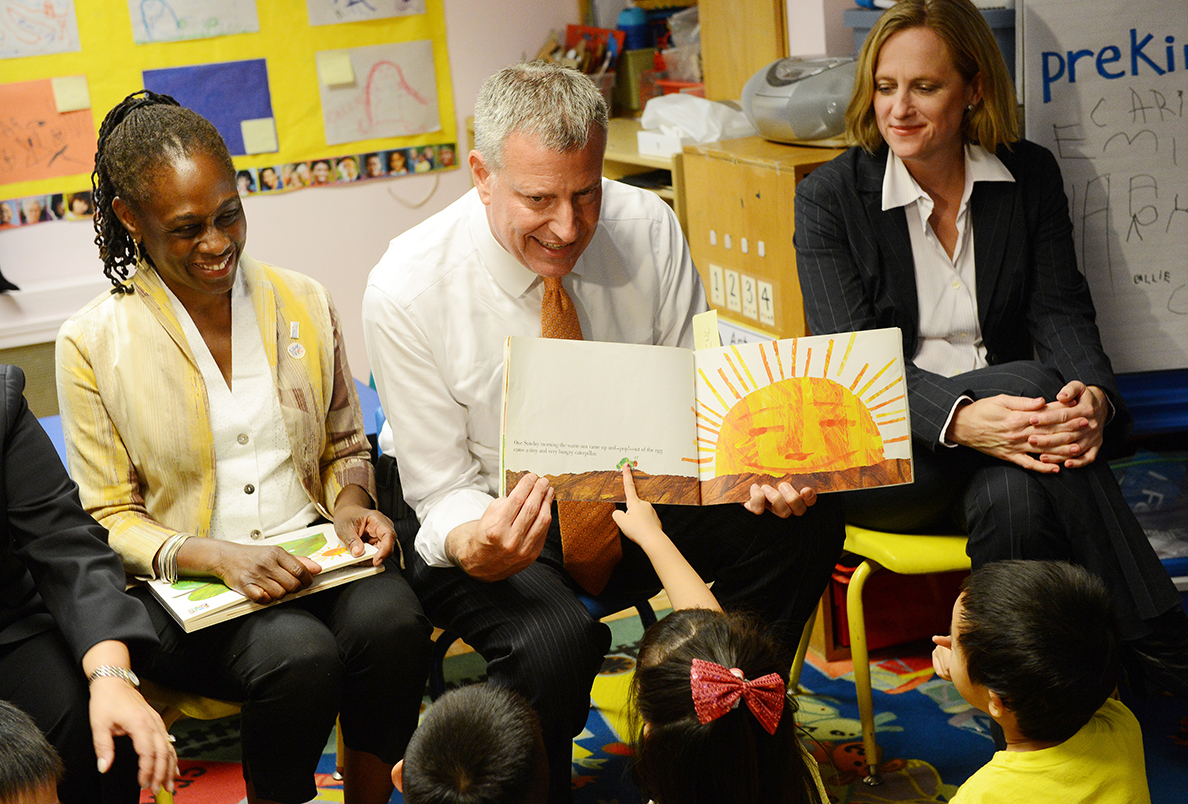