American cities are on the brink of the most significant change in local and state governance since the reforms that dismantled Tammany Hall 125 years ago. Across a wide range of political convictions and practical expertise, innovators—Republicans and Democrats, technocrats and citizen activists, businesses and nonprofit organizations, street-level bureaucrats and their clients—together are revolutionizing local government.

This revolution cannot come soon enough. Americans across the board are profoundly distrustful of business-as-usual government. Last October, for example, a survey by the Pew Research Center found that only 19 percent of Americans trust government all or most of the time, a near-historical low.[1] This distrust is driving wedges between groups, creating tension that undermines even good-faith efforts at reform. With this sort of trust gap, many well-intentioned policies will be doomed from the start, as important constituencies refuse to assent or, worse, portray policies as a redistribution that benefits “them” at “our” expense.

Fortunately, some of the forces that overwhelm traditional government—demographic shifts, complex problems that cross traditional lines of responsibility, and mountains of data that undermine old-style procedures—have a silver lining. Even as they reveal the inadequacy of government as we know it, these developments are also providing the incentives and tools for change. They are, in fact, driving a new era of progress that will make government more cost-effective, engaged with citizens, and trusted.

Still, business-as-usual municipal government often persists, with many insisting that nothing can be done, until pressure (old ways not working) and opportunity (new technology, new political dispensations) combine to create sudden change. Yet in a few short years, it can sweep away decades of supposedly intractable governance problems. This is the kind of change that local government is experiencing now.

Today, a new generation of elected and appointed leaders, motivated by extreme challenges—economic dislocation, population migrations, environmental crises, job losses, unsustainable budgetary policies—is creating genuinely new approaches to government, made possible by technologies that could not even be imagined a few years ago.

Already, at the dawn of this transformation, “big data” and its analytic tools are bringing quickness and transparency to all aspects of modern government. For example, in many workforces, GPS-enabled smartphones and tablets tell exactly where employees perform their work and how long each discrete task requires. Real-time wireless signals send notices to supervisors of outliers—those employees who operate at the extremes of superior and poor performance. Combined with sharp-eyed analysis and old-fashioned teamwork, this richly detailed data enables city agencies to figure out how to do a job better, more cheaply, and with more consideration for citizens.

Taken alone, such changes may sound like incremental technical improvements. Collectively, they add up to a reimagining of what government is and how it works.

Governments in the United States face citizen demands that exceed their resources. This is not a temporary aberration but a permanent fact of life that requires government to operate more effectively. Specifically, governments must provide more personal attention and interact with communities to understand and anticipate their needs; and public resources must be better calibrated to provide the outcomes that constituents demand. We can no longer afford to make massive investments in hopes of finding a solution. The return on investment for each public dollar spent needs to improve dramatically.

In the following chapters, I describe how public officials are making these improvements a reality. These officials use tools of the digital revolution, combined with changes in the structures of government, to bring about reform. For the last year, we at the Harvard Kennedy School Innovations in Government Program, with support from Bloomberg Philanthropies and the John D. and Catherine T. MacArthur Foundation, have worked—through our Data-Smart City Solutions project—to identify the most creative new application of data that produces better public services. I have spoken with leading mayors about their use of data and the best of their initiatives, and these conversations furnish some of the material in these chapters. I continue to see major breakthroughs in how government engages its own workforce, regulates the marketplace, involves the private sector, and incorporates the wisdom of its citizens. The chapters that follow show not only how reform happens, but also demonstrate how reform increases productivity and responsiveness.

As the following overview shows, I consider many ways that government can transform how we govern ourselves, from garbage pickup to city planning.

Urban governments such as Boston, Chicago, New York, and elsewhere in the United States have broken free of business-as-usual bureaucracy by using information tools, thus liberating imaginative civil servants. The lesson from the cases that I examine is simple: governments can, and do, work in the information age with the same efficiency and creativity that citizens expect from private enterprise. To do so, government today must gather, analyze, and act on data far more effectively than did the bureaucratic structures of the twentieth century. A theme that recurs in my research on this topic is that government structure is key: we are witnessing the most important breakthroughs when mayors and governors appoint a chief innovation officer, and/or establish an office in the executive suite, responsible for organizing information and initiatives that use reform concepts.

I cannot afford all the layers of bureaucracy that now exist. It is not just the cost of the layers but the fact that they frequently subtract from, rather than add to, the effectiveness of the functions for which they are responsible, limiting employee discretion, skill, rewards, and innovation. Management too often means directing subordinates’ activities, rather than producing solutions. Analytics now allow us to know which employees are producing desirable outcomes and solving problems, and not just following rules. Reform will allow those workers to have more discretion, but at the same time require them to be more accountable.

I discuss the places where digital tools have already begun to make a difference, often beyond the goals for which they were first employed. For example, transparency causes changes in the budgeting processes, making it much more open to outside groups and allowing better management inside government. Web-based procurement, coupled with transparency, will drive down costs, as well as corruption, in municipal procurement.

This chapter deals with the hard assets that constitute urban infrastructure and the way new digital tools are engaging citizens in public works solutions. We look at how to make the most of our road and utility infrastructure and the energy that it uses and supports. City utility departments, as well as mayors with energy and sustainability offices, can now harvest much more real-time feedback from a smart grid and, in turn, provide consumers better information upon which to make consumption decisions. This same information helps service staff anticipate and manage service disruptions.

In transportation, mobile devices and sensors help increase efficiency of traffic and transit systems. Digital systems allow for new means of moving traffic, synchronizing movements and facilitating information flows. That allows for dynamic pricing of services, such as parking, and facilitates other enhancements—for example, systems that let passengers know when their school bus or transit vehicle will arrive.

The public safety chapter focuses on police officials in many communities who engage in predictive policing and disaster response. Predictive analytics can deter crime through strategic officer deployment, reduce risk through better assessment of parolees, and improve planning for disaster. Fire departments use data to better target high-risk structures for corrective action. This incorporation of data into public safety policy helps refine the use of resources and increase efficacy. And when disaster does strike, emergency responders now use a broad array of digital tools and social network analysis to organize the response.

This chapter looks at emerging breakthroughs across the country in how regulators use digital tools to transform once-burdensome regulation and inspection regimes into systems that provide better enforcement and service to new businesses. Reform efforts using digital technology drive down the time and cost of securing a license or permit. This is partly because data analytics can help distinguish between good and bad actors, reducing red tape for the majority while efficiently targeting regulation and inspection toward the troubled subset of the population.

The emergence of more effective, data-driven government does not do away entirely with what came before. The previous era of government was a collection of freelancers—party machines, private companies, charities—that were shut down and replaced by the reforms that created an era characterized by bureaucracy. But as data-driven, responsive government arrives, the freelance mentality—which sets individuals in motion to look for opportunities—is back in city hall. This time, though, data connects those free agents to other government players. And the public enjoys access to the data, forcing these players, unlike in the past, to think strategically and act preemptively. Knowledgeable members of the public with access to data tools can hold them responsible.

The new paradigm sets clear standards for everyday administration. (Then, too, the bureaucratic era enshrined the values of specialization and well-defined tasks.) This time, though, those standards don’t lock the players into narrow routines. Professionals are now enabled across government to share information, join together to make policy, and work side by side to execute policy.

This, then, is a revolution that conserves the valuable lessons of the past even as it defines a very different future. In these chapters, we explore that revolution in detail. 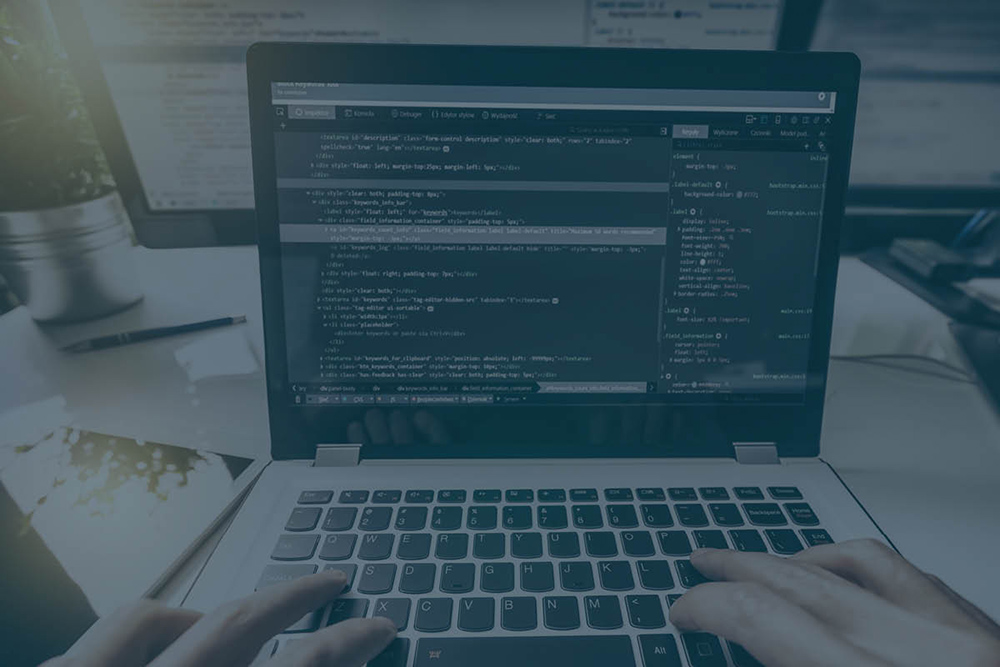 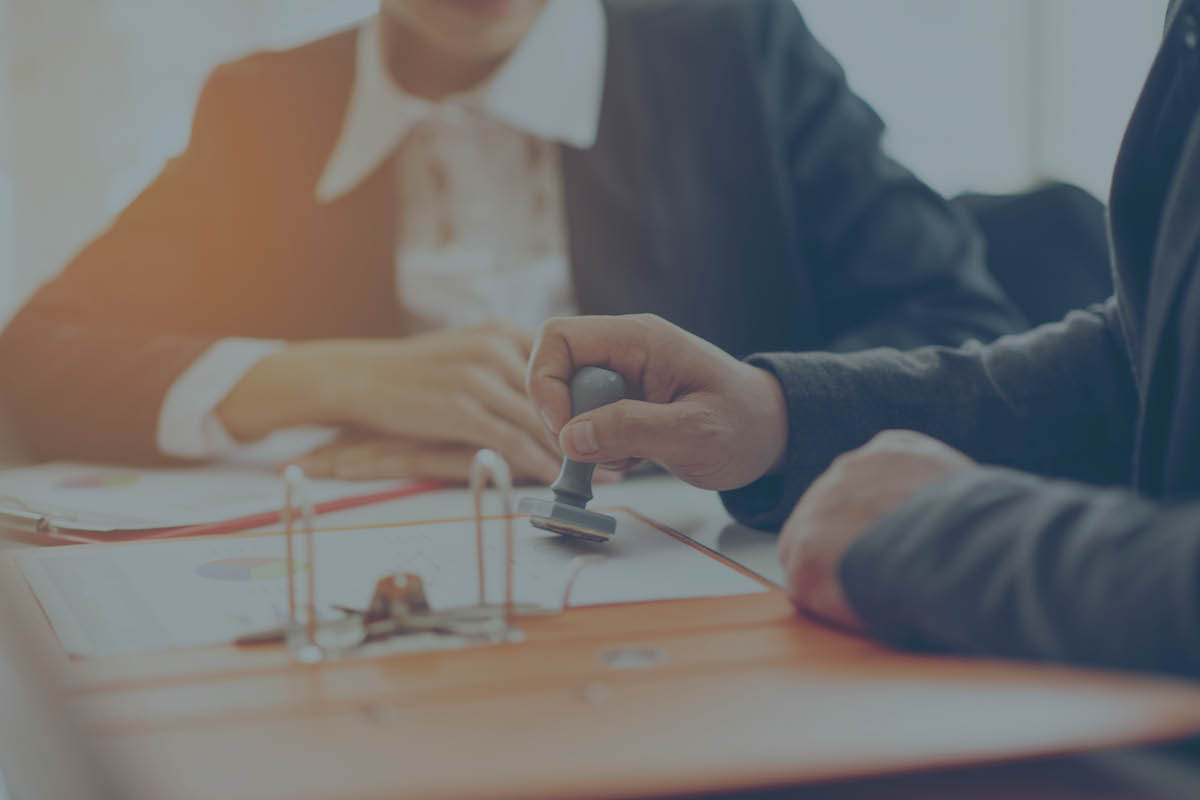