The British public is by now quite used to thwarted or unsuccessful bomb attacks, and has even come to expect them. Messages relayed repeatedly over the public-address systems in airports, bus and train stations, and elsewhere have accustomed them to the idea that an unaccompanied suitcase or package is likely to be a bomb. Government officials and senior policemen tell us from time to time that bomb attacks at some point in the future are “inevitable,” in the same way that Marxists used to say that revolution was “inevitable.” Bombs are as much part of modern life as the Internet.

But the attempts in London and Glasgow nevertheless caused considerable outrage, not only, or even mainly, for the loss of life in which they would have resulted had they been successful, but because they were planned and carried out (assuming the authorities have got it right) by doctors.

How, asked the tabloid newspapers, could members of the medical profession, dedicated to saving life and alleviating suffering, go in for random massacre? Many of the general public voiced similar sentiments. As a doctor, I was flattered by the assumption that doctors were incapable of cruelty and evil, and were motivated purely by benevolence, but the historical record demonstrates that doctors are as capable of violence and evil as anyone else.

The roll of doctors who have killed people for selfish or mercenary reasons is considerable. To take only two notorious examples: Dr. Petiot is suspected to have killed 60 people in Paris under the occupation, promising to arrange their escape to South America in return for 25,000 francs, which he pocketed while killing and incinerating them; and Dr. Shipman of Cheshire, England, is thought to have poisoned upwards of 200 patients during his career as a general practitioner, for motives that remain, and will probably forever remain, unclear.

Doctors have also engaged in political violence. Vera Figner, one of the assassins of Czar Alexander II, and a founder of the terrorist organization Narodnaya Volya (People’s Will), was a doctor. The role of doctors in Nazi Germany and Japan during the Second World War was not such as to give the profession much cause for pride. Dr. Ernesto “Che” Guevara took an excessive pleasure not only in revolution itself, but in post-revolutionary executions. As for doctor-dictators, of whom there have been a few, they have displayed as much ferocity in suppressing opposition as many of their non-medical colleagues. Perhaps their ferocity derived from the disappointed insight into human nature that medical practice can give. The most prominent doctor-dictator of the present time is Bashar al-Assad, who pursued his ophthalmological studies in London, and (or is it but?) to whom one does not look for humanity.

However, speaking personally, I was not at all surprised by the involvement of doctors in Islamist attempted violence in Britain. Osama bin Laden’s deputy, after all, is a surgeon. George Habash, the founder of the Popular Front for the Liberation of Palestine, and a man of unstintingly violent opinions and inclinations, trained as a pediatrician. It is no more surprising that doctors should become terrorists than that it should be members of the privileged classes who do so; on the contrary.

Doctors are the type of people one might expect to become terrorists: not all or even many doctors, of course, but some, because they have precisely the right psychological “qualifications” to do so.

First, doctors must train themselves to be dispassionate in the face of suffering, and be prepared to do things that might cause their patients discomfort and even pain, for the higher purpose of the good of the patients. The need for doctors to be able to distance themselves in this way is recognized by the old medical-school ritual of throwing medical students into the dissecting room on their first day, so that they learn to master and overcome their natural repugnance.

Clearly, this kind of mastery can tip over quite easily into aggression and sadism, if it is not allied to a very strong moral sense. And since the medical profession is very large worldwide, counting millions, it is inevitable that there should be some among them who are lacking this moral sense.

Second, and more important, there needs to be an ideology to which aggression and sadism can attach, if doctors are to become terrorists. Furthermore, such an ideology is likely to appeal not so much to the uneducated masses, at least to the extent of acting on it, as to the educated classes.

It needs a high degree of abstraction to believe that bombing an airport terminal in Glasgow will conduce to anything but the death of people at random. In their day-to-day dealings, no doubt the plotters were perfectly decent and kindly, possibly even feeling sympathy for the sufferings of the people whom they met in their training and practice as doctors. But just as the dissecting room can overcome natural repugnance, so can an ideology overcome all the social inhibitions against killing people.

As Solzhenitsyn pointed out in a different context, it is ideology that allows people to commit the most terrible acts in the belief that they are bringing about a better world. It blinds them to the most obvious moral considerations; it renders the most absolute evil good.

Islamism is nothing if not an ideology, a poisonous mixture of medieval superstition, sociology, and modern political philosophy. People who plan to set off bombs in airports with cellphones are clearly of the modern world, yet they do so in the hope of bringing about a “return” to an imagined 7th-century paradise. It requires a great deal of education and training to believe such nonsense.

It is rarely, if ever, the uneducated masses who are the most dangerous people. Of course, they are capable of forming mobs that may do a lot of harm locally, and of committing the most horrible atrocities now and again. They may respond violently towards a particular outrage committed by the reigning power; but their violence is rarely sustained.

For revolutionary violence to be sustained, it needs the leadership of an educated minority capable, because of its mental training, of rationalizing almost anything (rationalization is usually a much stronger faculty than rationality). And such violence has not only to be against something, because outrage comes in fits and starts and has a tendency to fade, but also for something. Only a utopia serves the purpose; and in the days when the Soviet Union was still extant, it lent credibility to the possibility of a Marxist utopia, however wretched it was in practice.

The now-defeated guerrilla movements in Latin America were not spontaneous expressions of rage by the downtrodden; they were expressions of rage by the rapidly expanding class of educated people who realized that their education would not give them the exalted positions in society to which they thought their education entitled them, and to which it would have entitled them only one or two generations earlier. The most vicious of all such movements, be it remembered, Shining Path, was founded by a university professor of philosophy whose doctoral thesis was on Kant, and initially joined by university students who realized that their future in Peru was not necessarily rosy.

Of course, each revolutionary movement uses elements of the culture which preexist it. There is no doubt that Islam is susceptible to violent interpretations of it, using very little by way of rationalization to arrive at the most radical conclusions. In the absence of any living alternative utopian fantasy, Islam fills the bill admirably.

So doctors are precisely the kind of people I would expect to indulge in a plot such as the one that was so narrowly foiled in London and Glasgow. Many young Muslim women whom I treated did not want to speak to Muslim doctors because they thought that such doctors would be more attached to Muslim values than to Hippocratic ones — in other words, that they would reveal their patients’ secrets to their families, with horrible consequences for them, if they (the doctors) believed that their patients had violated the Muslim code. Whether the young women were correct in their belief, I cannot say; it is probable that sometimes they were and sometimes they were not. But it does suggest that medical training does not always render a man less susceptible to radical Islam.

Not long before I retired, I walked down the deserted corridor in my hospital. I happened to turn off it into a branch just as a senior physician, a Muslim, and a highly sophisticated and competent man, was speaking to two doctors junior to him.

“Remember,” he said to them, “we’re doing this for Allah.”

I heard no more, but wondered then, and wonder even more now, what “this” actually was. 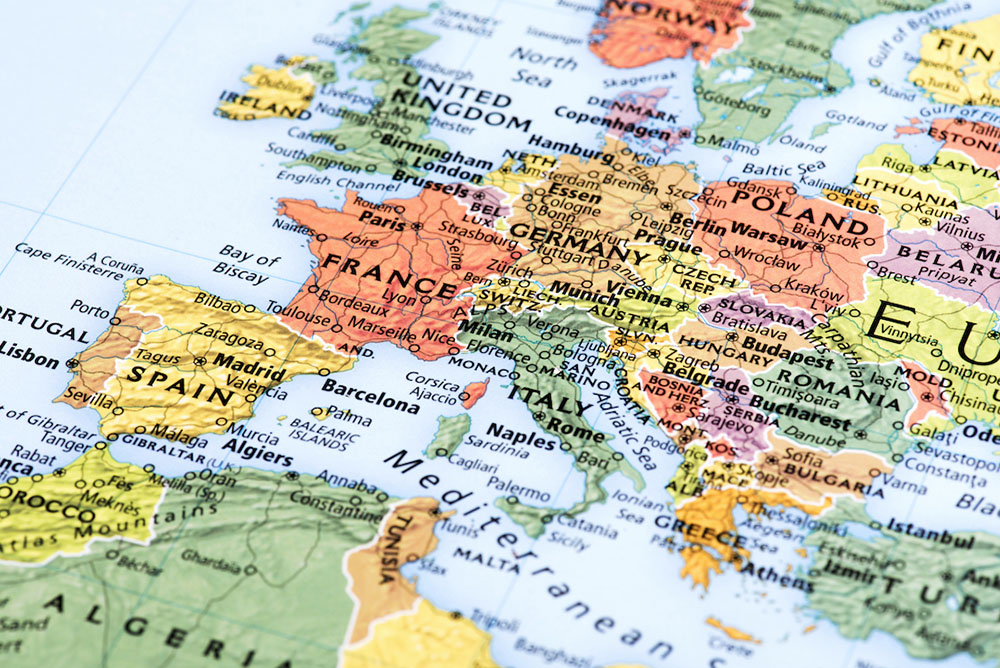 European Divisions Across the Channel 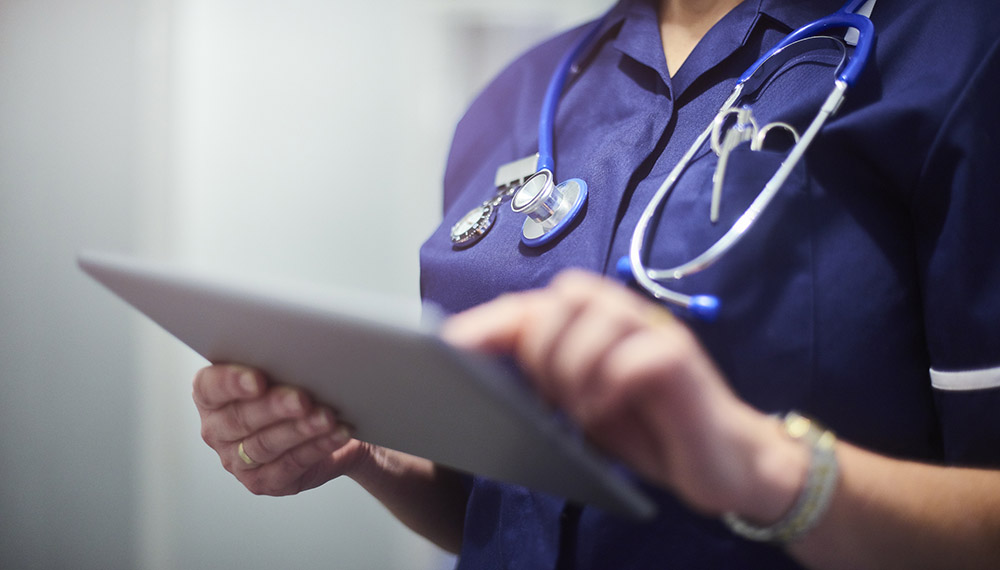