Editor's note: The following is a chapter featured in the new book, “This Way Up: New Thinking About Poverty and Economic Mobility.”

Conservatives have long sought, in vain, to roll back the welfare state. The results of government social programs are often mediocre. See, for example, the ineffective Head Start. But their noble-sounding goals have made it difficult for skeptics to question their virtues without seeming hard-hearted. The time has come to try a different approach.

It's time to dial back attacks on the welfare state and, instead, demonstrate that there's a better way. We should focus on encouraging civil society and nongovernmental organizations that not only assist those in need but do something even more important: encourage healthier social norms so that, over time, the perceived need for government programs recedes. Call it a welfare-state work-around strategy.

For the most part, this is not an effort that calls for public policy. It does not, for instance, mean federal grants for religious groups. It does call for government to provide the preconditions for helping new, nongovernment efforts flower. Crucially, these include retaining special tax treatment for charitable contributions and reversing the long decline in the number of local governments. More governments don't necessarily mean bigger government.

It's time to dial back attacks on the welfare state and, instead, demonstrate that there's a better way.

For too long, many Americans have believed that when social problems arise, we must look to government to cope with them. But in a healthy society, ills such as single parenthood, drug abuse, or non-school-ready children are not taken as givens that government must try to pick up after. For long-term social improvement, conservatives should look instead to nonsubsidized, nonprofit organizations that encourage healthy norms, including sobriety, delayed gratification, voluntarism, and charity.

Examples abound, in the past and still today. Nineteenth-century social reformer Charles Loring Brace, founder of the New York Children's Aid Society, stressed the importance of the "formative" rather than the "reformative." In the early 20th century, the settlement house movement provided English classes and other assistance to assimilating immigrants through more than 400 local organizations funded entirely with private moneys. Among models from that era that have persisted and continued to prove their worth: the Boy Scouts and Girl Scouts, with their stress on honorable behavior.

But we've taken a long, unfortunate path away from that era. Our three worst mistakes start with expanding government into realms once independent of it. Much of civil society has become the vehicle for what's sometimes called "government by contract." Across the nation, government agencies maintain some 350,000 contracts with more than 56,000 nonprofits to provide services for the less fortunate. In 2012, such contracts totaled some $137 billion. Where once religious organizations looked after orphans and abused children with their own funds, today they do so with public dollars. A similar story holds true for virtually every "social service," from drug- and alcohol-abuse counseling to job training for ex-offenders. All too often, such groups have spotty records—as, for instance, with the many local "child protection services" whose charges so often show up in headlines abused or worse. 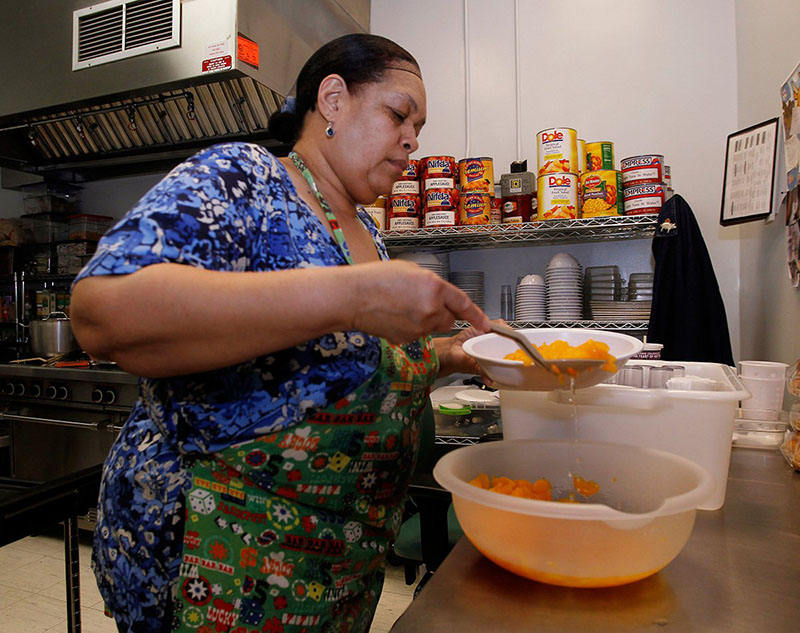 At the same time, mistake number two, we've undermined the federalist system that can do so much to encourage local approaches to local problems. We have seen a sharp decline in the overall number of governing jurisdictions in the US—thanks to the consolidation of school districts and the regionalization of general-purpose governments. According to the federal Census of Governments, in 1942 there were 155,116 units of government coast to coast—including 108,000 school districts. By 2012, that number had fallen to roughly 90,000, with the number of school districts falling to just 12,880. This consolidation was driven by a false premise: that larger units of government would be more efficient and effective. Perhaps so, in modest ways—but government spending has hardly declined.

Meanwhile, the shrinking number of governments has been accompanied by a vast increase in mandates as to how local funds should be spent. Local communities now face diktats on how to address special education, community development, and environmental needs, among other issues—problems that local communities once faced on their own, often with help from volunteer boards that fostered innovation and created social capital.

To revitalize civil society, we need to take action on all three fronts: support and call attention to organizations that are setting healthy norms, revitalize local governance, and protect the special tax status of charitable giving.

Even in recent years, we've seen that progress can be made toward healthy norms. For instance, Mothers Against Drunk Driving and the Harvard School of Public Health successfully promoted the idea of a designated driver who abstains from drink. Another good example: the village movement, based on the idea of helping the "young elderly" age in place in so-called naturally occurring retirement communities where they are already concentrated. Today, there are more than 140 such self-supporting villages around the country—challenging the norm that aging presents a binary choice between completely independent living and an institutionalized life.

Norms, in other words, are not fixed. It's a message that should be spread. But we also must protect the policies that make change possible.

Tax policy matters. Not only would it be a mistake to eliminate the charitable tax deduction available to those Americans who itemize their tax returns; we also should consider creating a new deduction for those non-itemizers who donate to good causes. The Brookings-Urban Institute tax center estimates that a reform of this kind could grow charitable giving by up to $10 billion. Yes, this will reduce federal tax revenue. But do we really believe that Washington will do more good with the money than charitable nonprofits?

We must also protect and nurture our traditional federalist approach to local governance. Small communities encourage friends and neighbors to start organizations to address local problems, perhaps a thrift store to help the local hospital or a group to help the elderly remain in their own homes. One feels pride in one's own community—and takes steps to improve it. How much greater would parent involvement in New York City's public schools be if, instead of one citywide district for 1.1 million students, each of the city's 52 community districts had its own school district—and local budget?

It seems counterintuitive to assert that we need more government to foster a more robust civil society. We don't. But we may need more governments. Scaling back government social programs requires more than citing their ineffectiveness. Conservatives must take steps to address the perceived need for government intervention. To do so, we must support efforts that change social norms for the better along with renewed federalism and a tax code that will make it possible for civil society to flourish.

This chapter is featured in the “This Way Up” series

Howard Husock is the Vice President of Research and Publications at the Manhattan Institute.