Critics say that maintaining order in public spaces is discriminatory and has no effect on serious crime. The evidence says otherwise.

Recent tragic incidents involving the New York City Police Department—including the death of Eric Garner, who was being arrested on Staten Island, and the death of Akai Gurley, shot accidentally by a young police officer in the dark stairwell of a Brooklyn housing project—have reinvigorated police critics. The criticism was especially pointed amid the broader national discussion about crime and race prompted by events in Ferguson, Mo.

The NYPD's critics object, in particular, to the department's long-standing practice of maintaining order in public spaces. This practice, referred to as Broken Windows or quality-of-life or order-maintenance policing, asserts that, in communities contending with high levels of disruption, maintaining order improves the quality of life for residents and reduces crime.

The writers here are strongly associated with the Broken Windows approach to policing. George Kelling, together with the late political scientist James Q. Wilson, wrote the seminal 1982 article in the Atlantic, “Broken Windows,” and has advised police departments, transit authorities and other urban entities. William Bratton —as chief of the New York City Transit Police, commissioner of the Boston Police Department, comissioner of the NYPD, chief of the Los Angeles Police Department and now again police commissioner in New York—has been a leading practitioner of Broken Windows policing.

Critics have a variety of arguments against the policy. Some allege that Broken Windows policing is discriminatory. Others claim it has no effect on serious crime. Still others suggest it leads to overincarceration or imposes a white, middle-class morality on urban populations. None of these criticisms stands up.

• Discrimination? New York is vastly safer than it was 20 years ago, but in some minority neighborhoods the change has not been as decisive. Those residents still live with danger as a daily reality. Complaints about disorderly conditions also come disproportionately from neighborhoods that are predominantly African-American and Hispanic. Broken Windows policing is focused on areas where citizens most want, and need, it.

The majority of New Yorkers, including minorities, approve of police addressing disorderly illegal behavior, such as public drinking and drug use, fights, public urination and other acts considered to be minor offenses. We have attended countless meetings with citizen groups in high-crime areas, and almost without exception disorderly behavior and conditions are central concerns.

In August, following Garner's death after an arrest for a quality-of-life offense of illegally selling loose cigarettes, a Quinnipiac University poll found that the approval rating of the NYPD had fallen by nine percentage points, to 50%, because of concerns about Garner's death and police use of force. A full 90% of African-Americans and 71% of Hispanics agreed that there was “no excuse” for how police had acted in the Garner incident.

Even so, support for Broken Windows policing remained high: Asked about police issuing summonses or making arrests for quality-of-life offenses, African-Americans supported the policy 56% to 37%, whites 61% to 33% and Hispanics 64% to 34%.

• No effect on serious crime? In 1993 New York's murder rate was 26.5 per 100,000 people. Since 1994, when Broken Windows policing was put into practice citywide, crime has fallen further, faster and for longer than anywhere else in the country. Today the largest and densest city in the U.S. has a lower murder rate, at four per 100,000, than the nation's 4.5 per 100,000. In 1993 New York accounted for about 7.9% of U.S. homicides; last year the city's share was 2.4%. These striking figures are emblematic of broader, historic declines in crime.

In the August 2008 issue of Criminology, Rutgers University criminologist Anthony Braga and a colleague reported the results of field experiments in Jersey City, N.J., and Lowell, Mass. In each city multiple high-crime areas were identified and randomly assigned to experimental and control conditions. Police in the control areas continued routine policing. In the experimental areas, police maintained order more assertively. Crime declined in the experimental areas at greater rates than in the control areas and was not displaced to adjacent neighborhoods. The experiment reflects what New York has found for 20 years.

• Overincarceration? Another charge against Broken Windows is that it results in too many poor and minority youths being jailed or imprisoned. In reality, felony arrests in New York are down by about 60,000 a year from 1990 levels. Imprisonment in New York state penitentiaries has declined by 25% since 2000, thanks in good part to crime reduction in New York City. The city's jail population has declined 45% since 1992. These trends all stand in distinct contrast to the growth of prison populations in many other areas of the country.

Young men may receive summonses and desk-appearance tickets for quality-of-life misdemeanors—an intervention that has likely kept them from more-serious criminal behavior. But far fewer go to jail and prison.

• Middle-class morality? Critics use “zero tolerance” as a pejorative to suggest that Broken Windows policing is a form of zealotry—the imposition of rigid, moralistic standards of behavior on diverse populations. This is nonsense.

Our experience working with community groups corresponds with the survey of 13,000 residents of 40 neighborhoods in six large cities reported by Northwestern University's Wesley Skogan in “Disorder and Decline: Crime and the Spiral of Decay in American Neighborhoods” (1992).

Mr. Skogan found a broad consensus—regardless of race, ethnicity or class—about what constituted disorderly conditions and behavior. Topping the list were drunken and loitering youth, street harassment and panhandling, street prostitution, abandoned houses, graffiti, and other behaviors and conditions such as drug dealing, excessive noise and reckless driving. People know what disorderly behavior and conditions are, and they want something done about them.

Men and women younger than 30, and those who have come to New York in the past 15 years, have no memories of the “bad old days.” We suspect that some of the activists, reporters and academics opposing Broken Windows fit this description.

In the early 1990s, New Yorkers' idea of normal social conditions meant removing your car radio and posting a “No Radio” sign in the window to discourage a break-in. Normal was subway patrons clustering together to protect themselves against predators. Normal was getting your windshield spat on and wiped with a dirty rag by someone who then demanded a “tip.”

New York is a much different city today. Crime has been plummeting for two decades. Tourism is booming. Public spaces are safe. Property values have escalated. It's a good place to live and work. These conditions didn't just happen. They resulted from thousands of police interventions on the street, which restored order and civility across the five boroughs.

The challenge going forward is to keep our police officers engaged and working cooperatively and effectively with communities across the city. The residents in these neighborhoods want police services but also want the police to be their partners. It is a safer city than it has ever been, and now the NYPD's task is make it feel like a fairer city too. Together we can make that a reality. 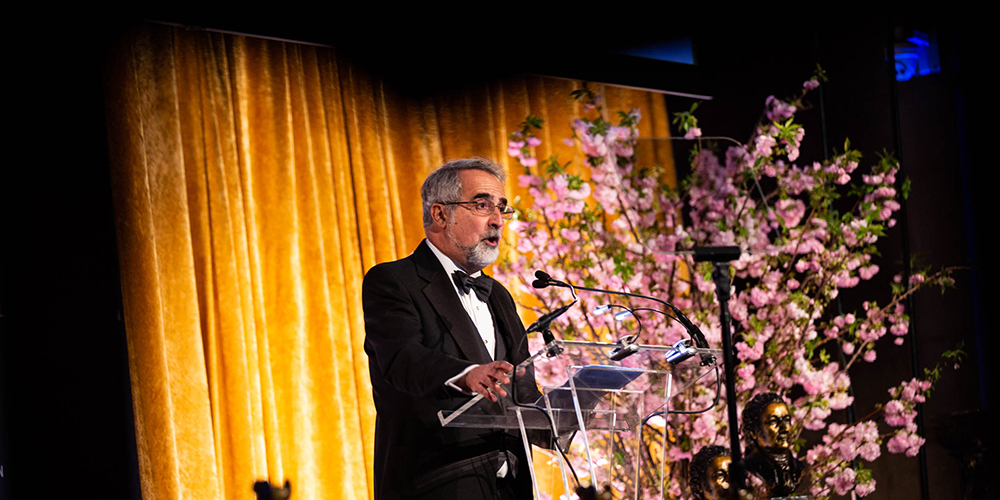