On June 13th, the Manhattan Institute awarded the 13th annual Hayek Book Prize to Deirdre N. McCloskey for her book, Bourgeois Equality: How Ideas, Not Capital or Institutions, Enriched the World.

Most people are stunningly better off than their ancestors. What produced the Great Enrichment of the past two centuries? Many factors played a role. Accumulated capital was necessary. So were improved institutions. Indeed, so, too, was the presence of oxygen, sunlight, and water. The difference maker: massively better ideas.

“Our [current] riches,” writes McCloskey in Bourgeois Equality, “were made not by piling brick on brick, bank balance on bank balance, but by piling idea on idea.” Ideas for electric motors and free elections, certainly. But more profoundly, argues McCloskey, the revolutionary ideas of the bourgeoisie—the ideas of equal liberty and dignity for ordinary folk. 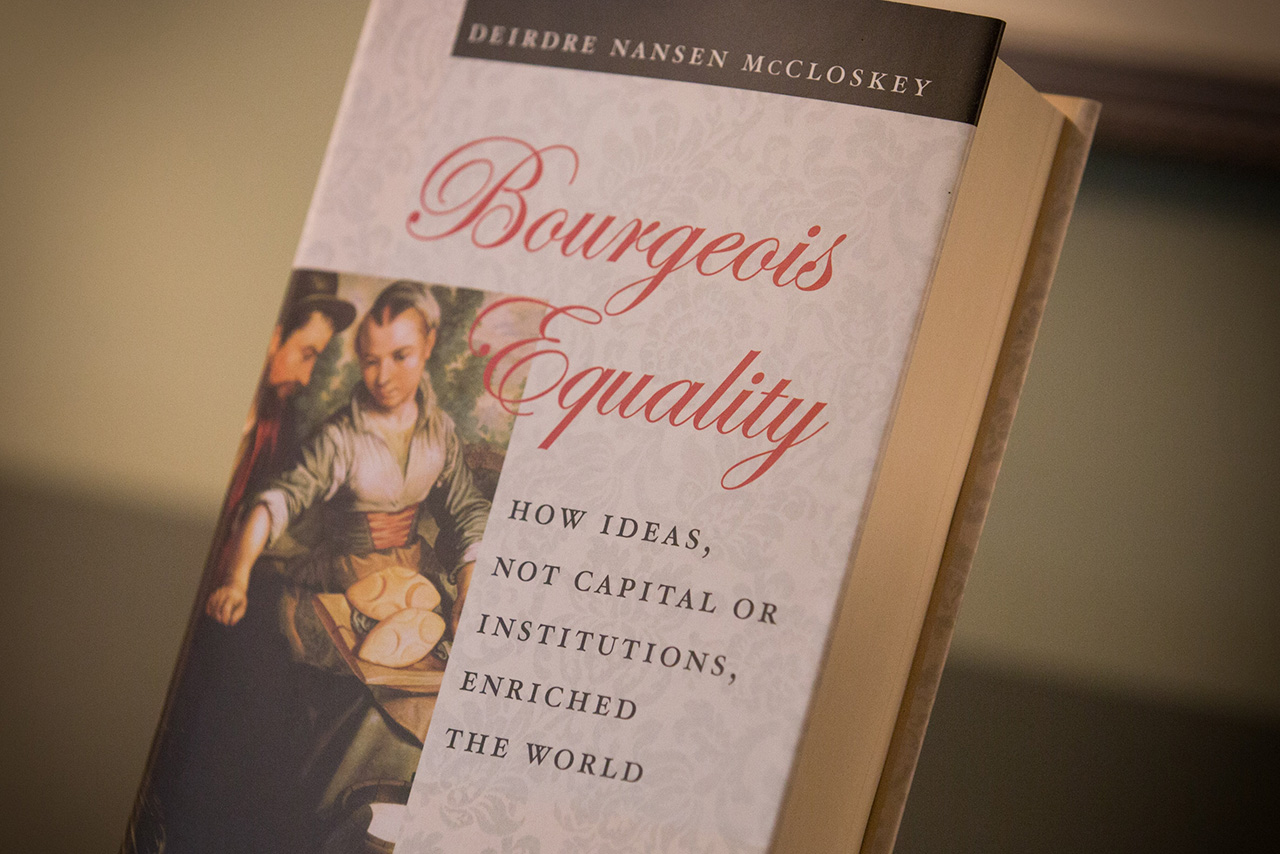 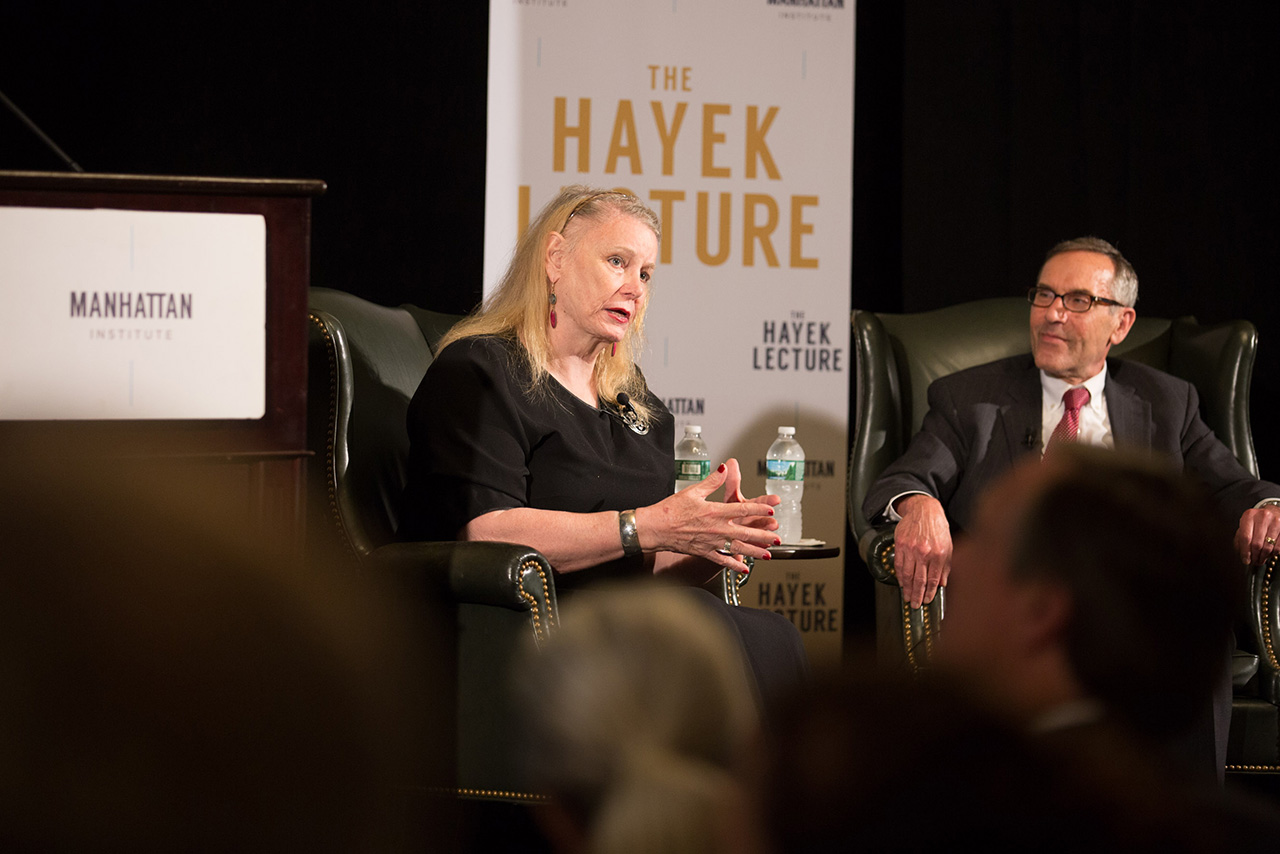 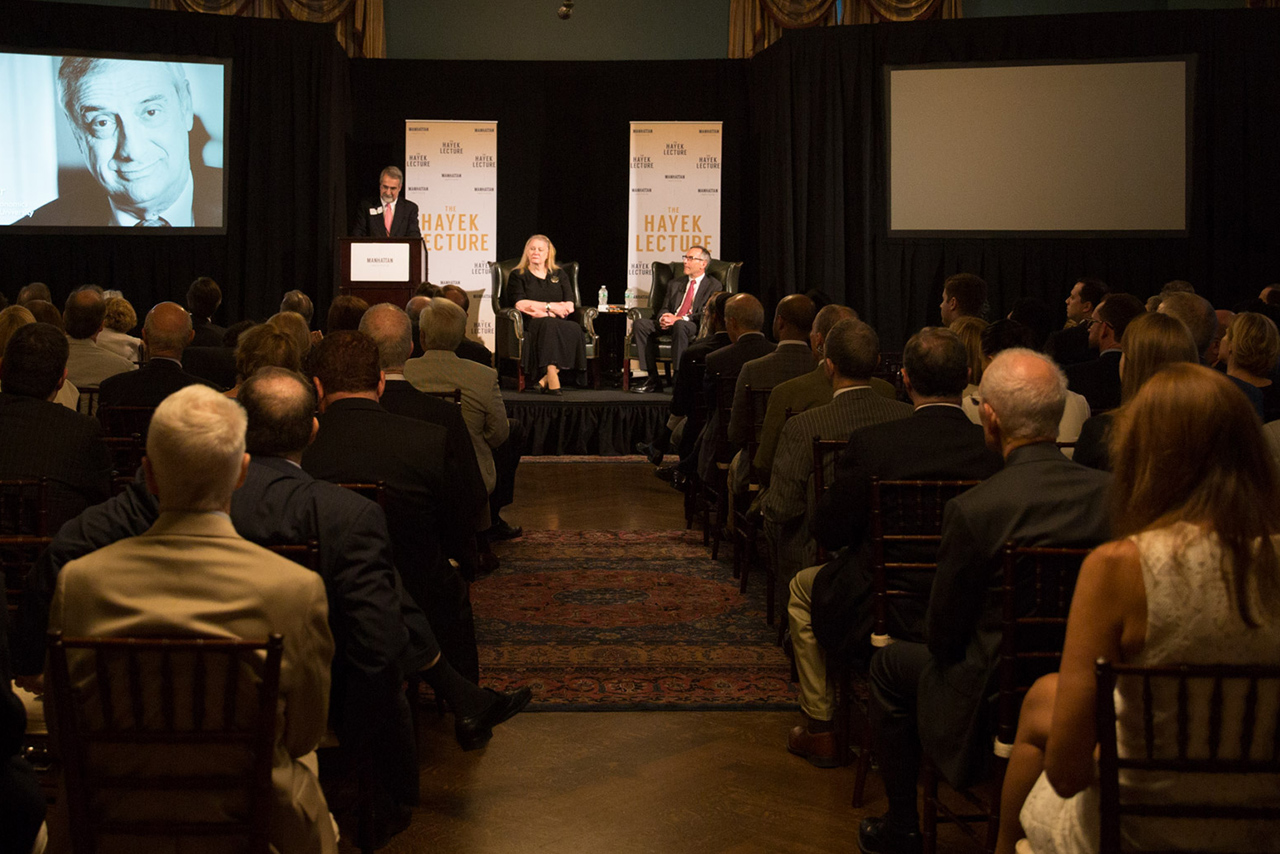 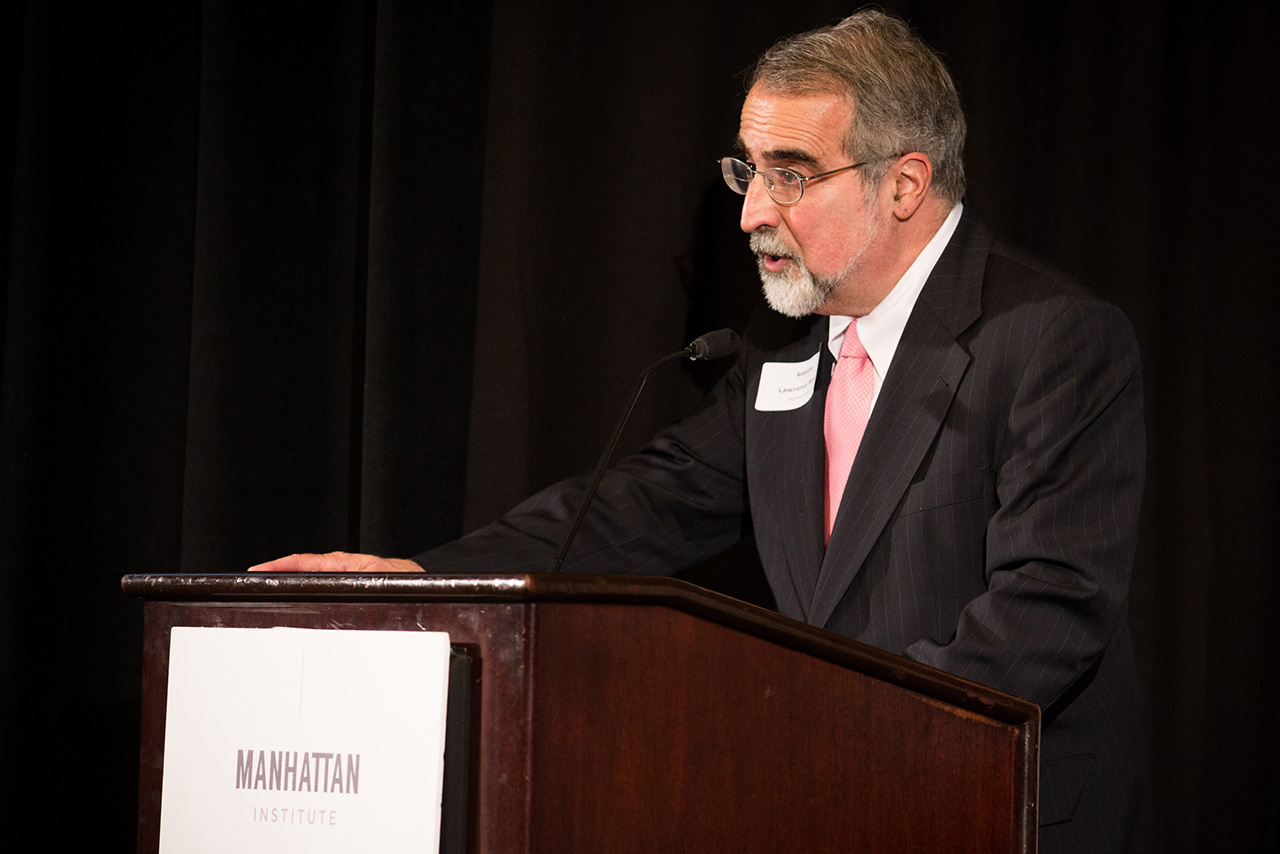 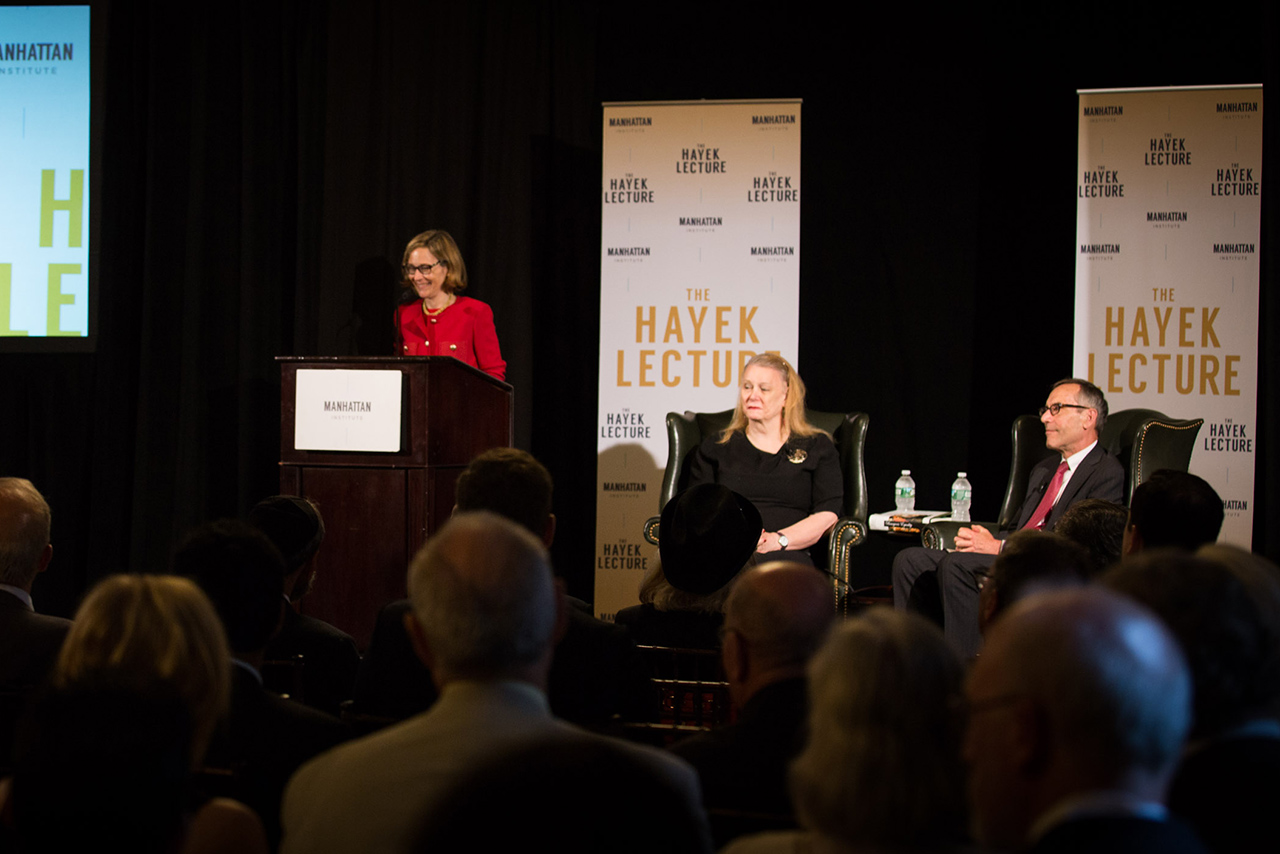 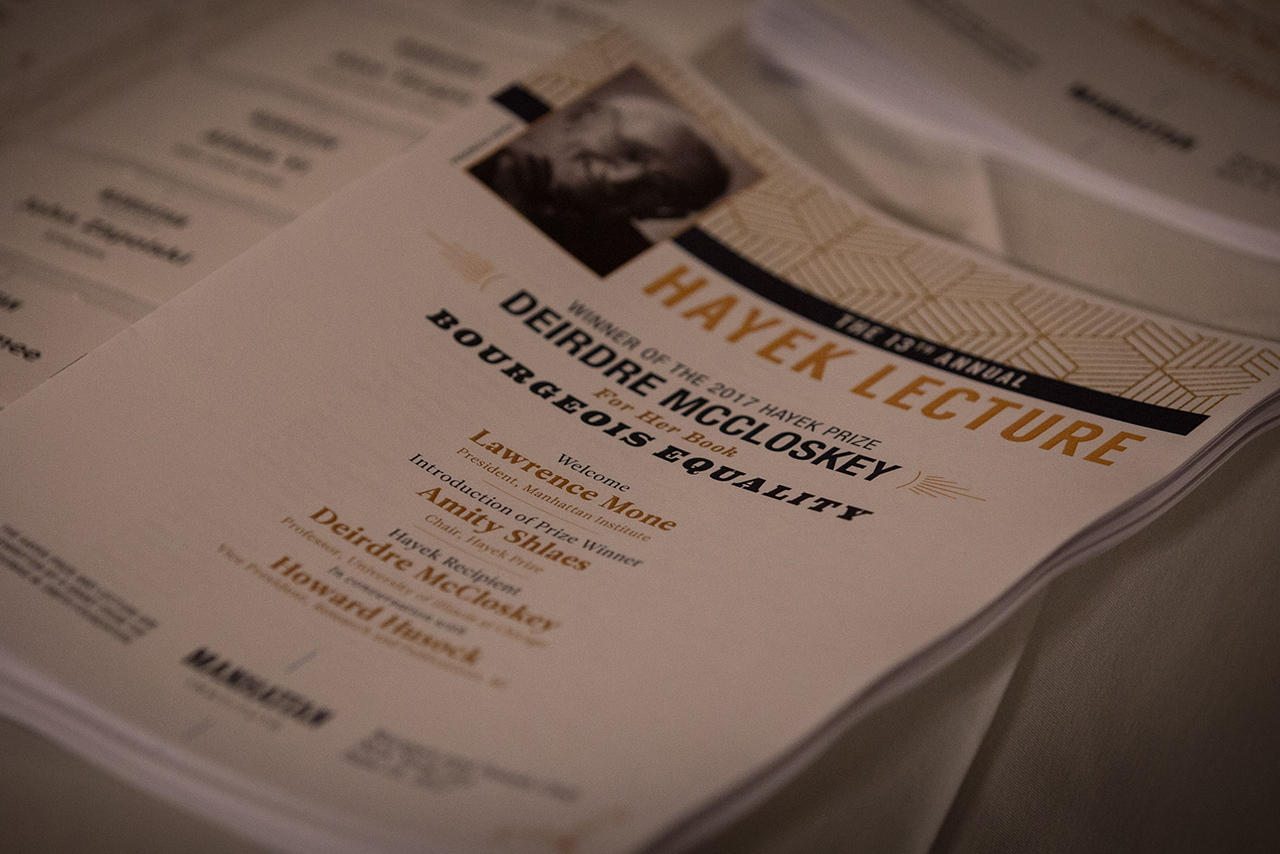 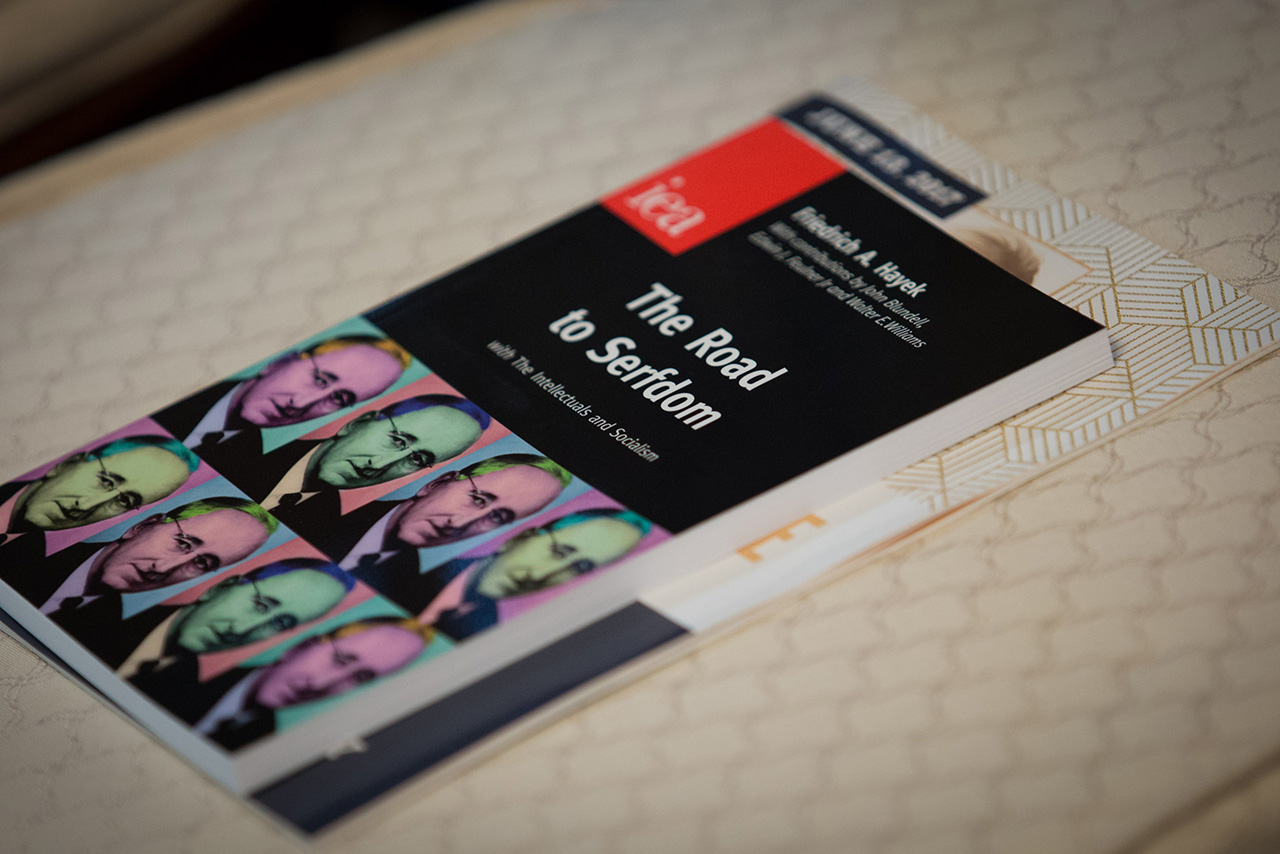 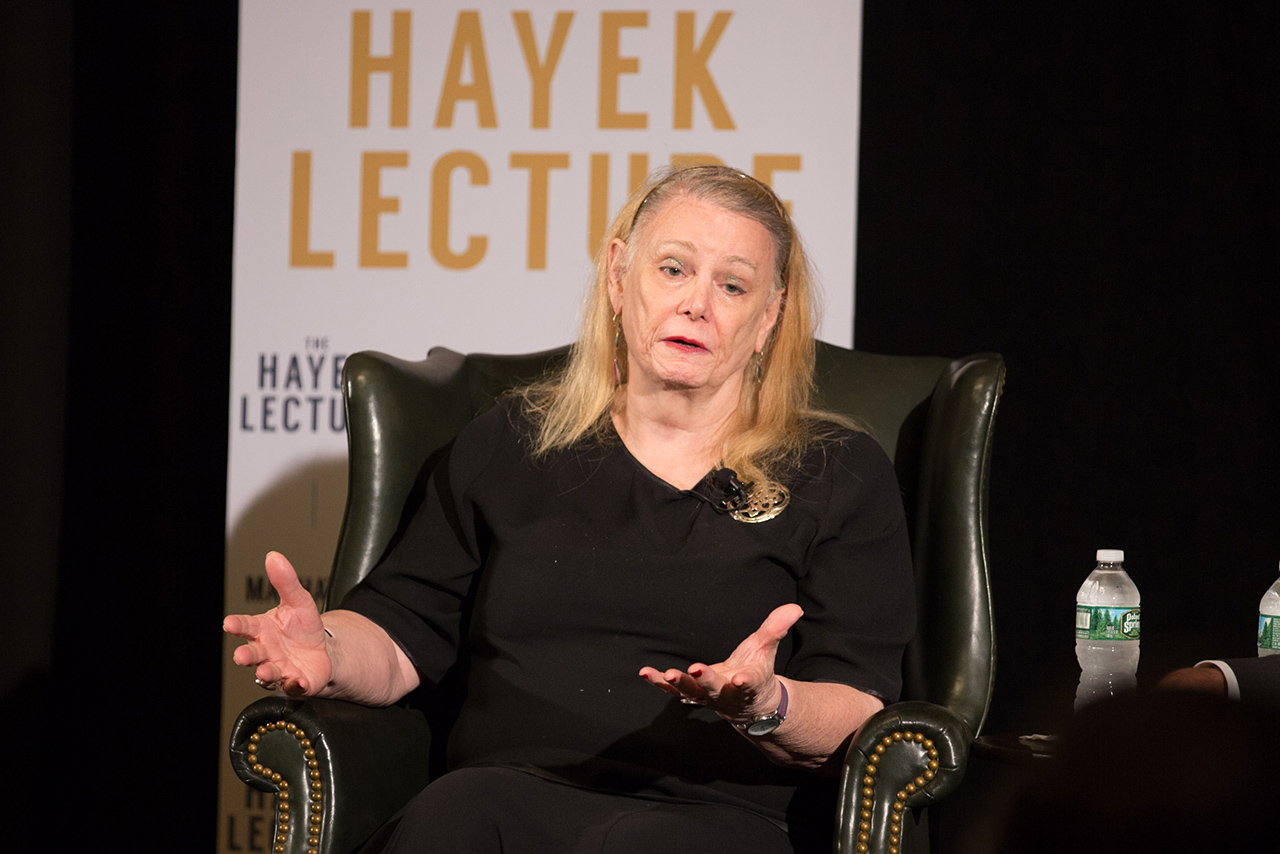 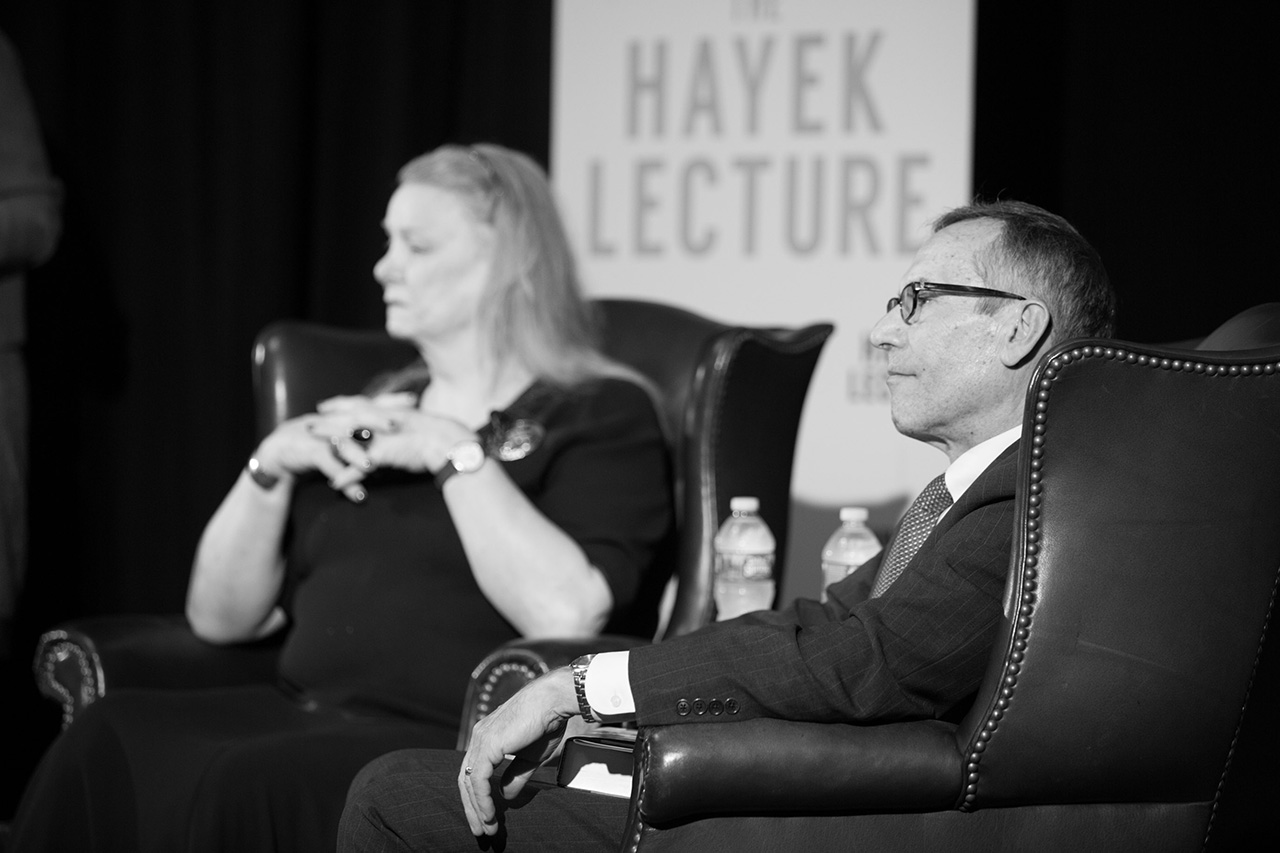 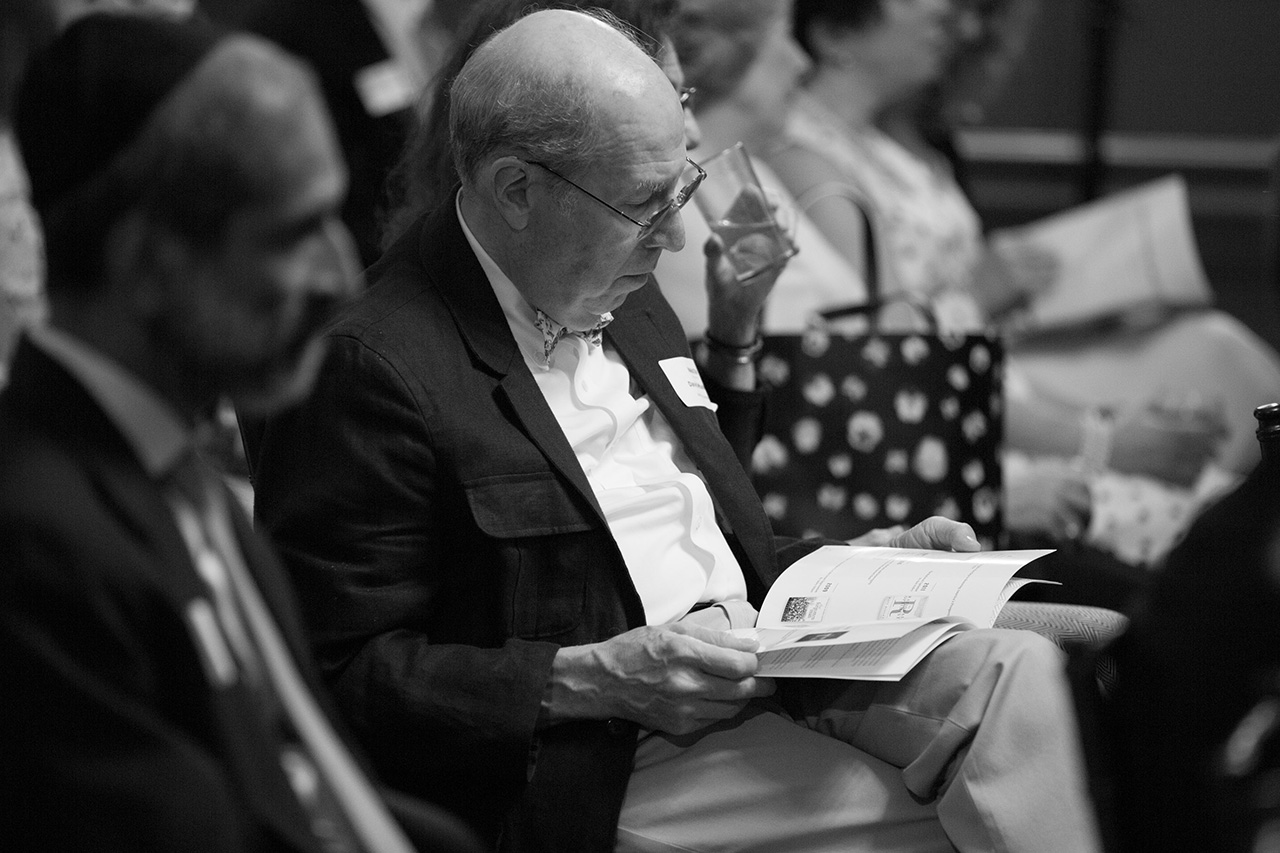 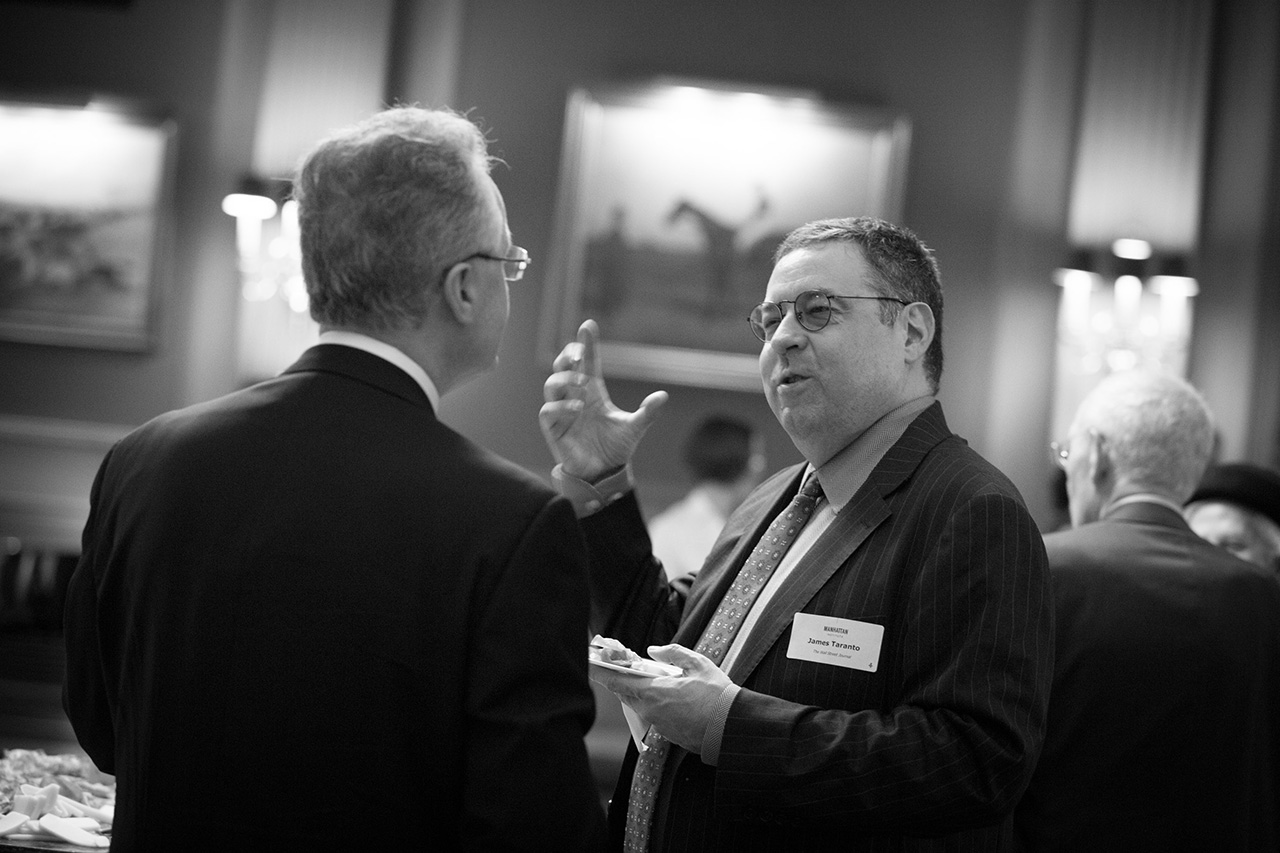 Deirdre McCloskey is the Distinguished Professor of Economics, History, English, and Communication at the University of Illinois at Chicago. Trained at Harvard as an economist, she has written 15 books, edited seven more, and has published some 360 articles on economic theory, economic history, philosophy, rhetoric, feminism, ethics, and law.

Howard Husock is vice president for research and publications at the Manhattan Institute, where he is also director of MI's social-entrepreneurship initiative. A City Journal contributing editor, he is the author of Philanthropy Under Fire (2013) and a contributor to Forbes.com.​

Political philosopher and Nobel laureate F. A. Hayek, author of groundbreaking works such as The Road to Serfdom and The Constitution of Liberty was the key figure in the twentieth century revival of classical liberalism. He was also a formative influence on the Manhattan Institute. When our founder, Sir Antony Fisher, asked how best to reverse the erosion of freedom, Hayek advised him not to begin with politics per se but to fight first on the battlefield of ideas. Our Hayek Lecture and Prize affirm and celebrate this mission.

The Hayek Lecture is delivered by the recipient of the Hayek Prize, which honors the book published within the past two years that best reflects Hayek’s vision of economic and individual liberty. The Hayek Prize, with its $50,000 award, is among the world’s most generous book prizes. It was conceived and funded by Manhattan Institute trustee Tom Smith to recognize the influence of F.A. Hayek and to encourage other scholars to follow his example. The winner of the Hayek Prize is chosen from among the nominations by a selection committee of distinguished economists, journalists, and scholars. Past winners include: William Easterly for The White Man's Burden, Amity Shlaes for The Forgotten Man, Benn Steil and Manuel Hinds for Money, Markets & Sovereignty, Matt Ridley for The Rational Optimist, John Taylor for First Principles, Casey Mulligan for The Redistribution Recession, and, most recently, James Grant for The Forgotten Depression.