Are Hispanic Americans assimilating into the white mainstream and voting accordingly? A new poll from the Wall Street Journal shows that Hispanics in the sample now divide their vote evenly between the two main parties. This comes on the heels of a gubernatorial exit poll showing Republican Virginia governor Glenn Youngkin defeating his Democratic rival Terry McAuliffe 55-45% among Hispanics.

Latinos are generally difficult to poll because they are a minority and contain a higher-than-average share of nonvoters and non-English speakers. Hispanic surveys like those of the WSJ are often based on small samples and can generate inconsistent results. Nevertheless, all but the most stubborn analysts acknowledge that Trump made significant gains among Hispanics in both 2016 and 2020.

Latinos, the largest and fastest-growing minority in America, were once viewed as the Democrats’ one-way ticket to perpetual victory. Academic papers established that the rapid growth of Hispanics in California helped tip a once-reliably Republican state to the Democrats. At around the same time, a seminal book, The Emerging Democratic Majority, by John Judis and Ruy Texeira implied that all the Democrats had to do was ride a wave of minority growth to the White House — though both authors rejected this idea as a strategy to pursue. The orthodoxy that demography is destiny subsequently became an article of faith on the Left, reinforcing a self-righteous belief that they were on the right side of history and Republicans were a set of white male dinosaurs on their way out.

On the Right, the establishment wing of the Republican Party — business, religious, and military conservatives — endorsed Democratic orthodoxy, urging the party to downplay the immigration issue for fear of upsetting the rising Hispanic vote. In 2013, this wing, symbolised by the Republican National Committee (RNC)’s ‘autopsy’ report on Romney’s 2012 loss, pushed the party to embrace amnesty for illegal immigrants and ‘inclusion.’

Trump defied the autopsy to win in 2016. Not only that, his share of the Hispanic vote rose several points over that Romney’s in 2012. In 2020, Trump’s share rose again, by as much as 8 points. The heavily white ‘Progressive Activists’ who make up just 8% of the population but dominate on social media and in Democratic politics was aghast at Trump’s rhetoric on immigration. They blithely assumed their worldview captured the outlook of marginalised groups like Hispanics whom they claimed to represent.

In reality, Trump’s messaging was received more positively by minorities. By contrast, liberal attempts to forge a ‘rainbow coalition’ of the marginalised fell flat with aspirational Hispanics, Asians and many Blacks. As Democratic data strategist David Shor relates, ‘In the summer, following the emergence of “defund the police” as a nationally salient issue, support for Biden among Hispanic voters declined.’ In addition, Biden’s use of the woke label ‘Latinx’ alienates many Hispanics: a new poll finds that just 2% identify with the phrase, while 40% say it offends them.

Hispanics appear to be transitioning from an insecure new group to a more assertive part of the mainstream. In so doing, their trajectory is looking more like that of aspirational and upwardly-mobile ‘white ethnics’ like Italian-Americans and less like that of African-Americans, who have historically been more receptive to Democrats’ framing of them as a marginalised group in need of protection.

Consider that figure 1, based on 2018 Pew data, shows a steady shift across generations of Hispanic-origin Americans, away from the Democrats and toward the Republicans. Political scientists Álvaro Corral and David Leal find that third generation Latinos were significantly more likely than the newly arrived to vote for Trump in 2016.

This arguably undercounts the change since Hispanics of part non-Hispanic white background who vote Republican are more likely to identify as white on a survey rather than Hispanic.

The trajectory of Hispanic and Asian voters looks a lot like that of white Catholic voters after 1960. Between 1850 and 1960, about 7 in 10 white Catholics voted Democratic. But the election of John F. Kennedy, the first Catholic president, on the back of almost 9 in 10 Catholic votes, proved the beginning of the end of this love affair. As figure 2 shows, the share of white Catholics identifying as Democratic in the gold-standard American National Election Study (ANES) fell steadily, from 73% in 1960 to 38% in 2016. These were the relatively blue-collar ‘Reagan Democrats’ who shifted Right each election by a few points.

Now consider the minority vote in figure 3. In 2008, the US experienced another JFK moment when Obama became the first nonwhite president. As with Kennedy’s victory, there was a surge of enthusiasm from his ethnic category, with 75% of nonwhites identifying as Democrats that year.

However, by 2019, the last year available in the ANES, just 50% of nonwhites identified as Democrats. Minorities have been transitioning from Democratic party identification to being Independent. However, if the historic white Catholic pattern is a guide, this could be a prelude to growing Republican party identification — and thus election success — among minorities.

Not only are the Republicans gaining ground among Latinos, but they are doing so in the face of everything the 2013 autopsy recommended. Increasingly, surveys are finding that Hispanics reject woke slogans like ‘defund the police’, ‘abolish ICE’ or ‘Latinx’. Many welcome Trump’s tough stance on the border and have a negative view of Biden’s performance on immigration. Indeed, many Hispanic Trump voters seem more than comfortable with national populist views, and differ little in this regard from white Trump voters, as figure 4 shows.

All told, the mainstreaming of Hispanics in America has allowed a new brand of national populist Republicanism to defy the orthodoxy of the RNC’s 2013 autopsy, providing a new lease on life for Trump. It should also serve as a wake-up call for Democrats, who are facing heavy electoral losses in 2022 and potentially 2024. 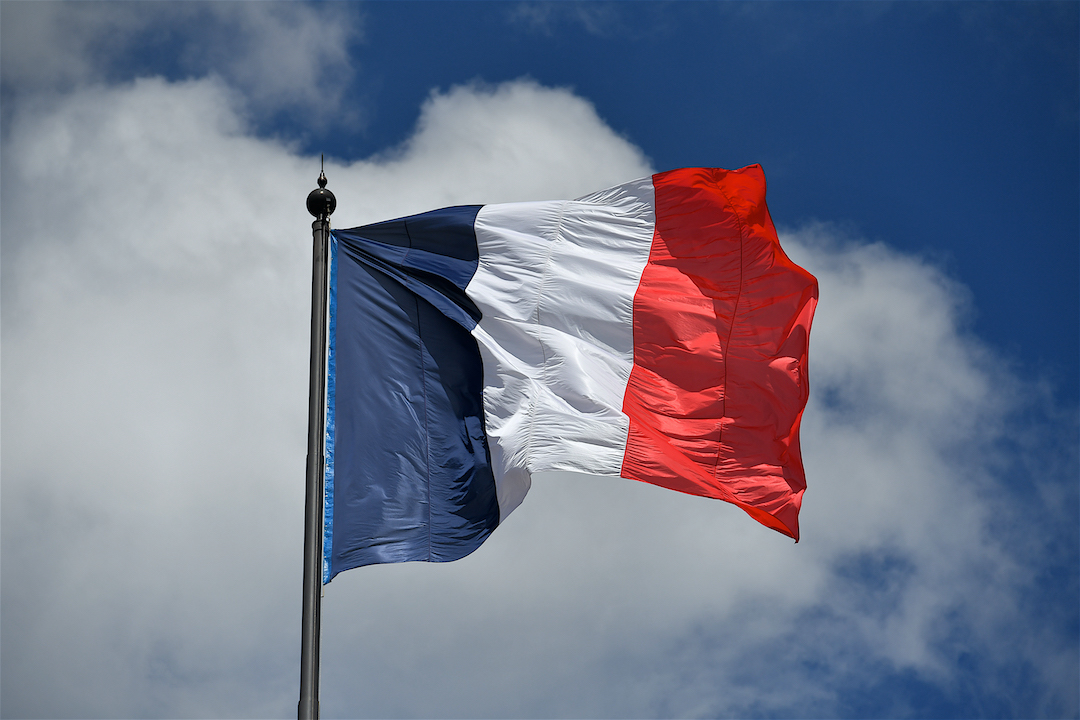 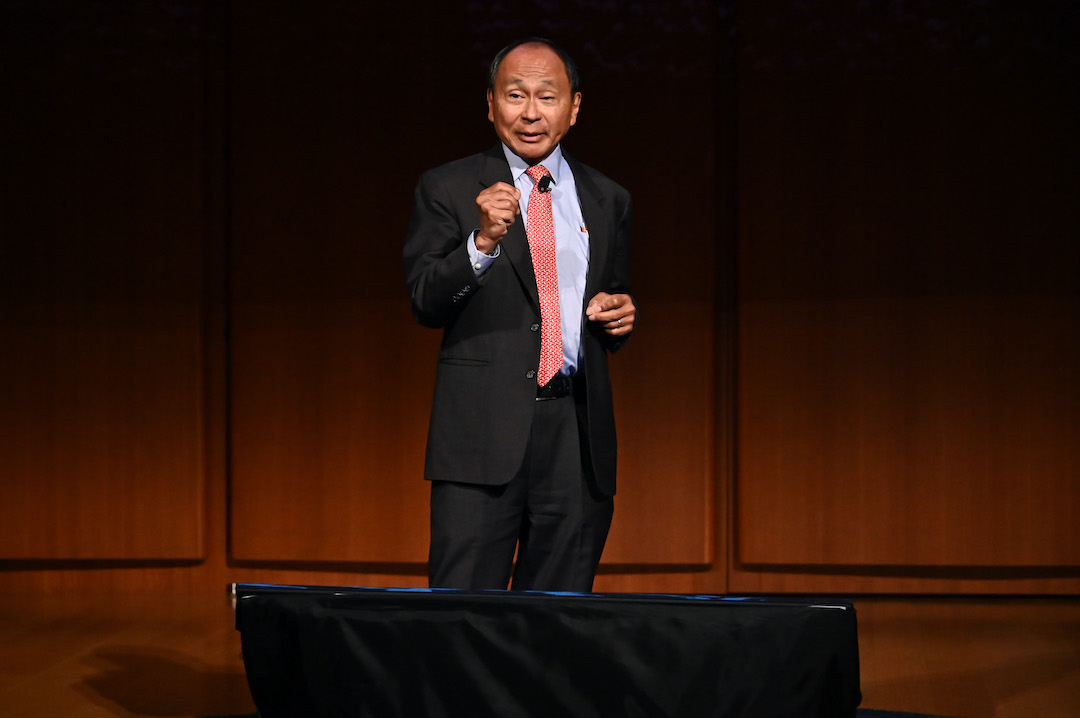 What Francis Fukuyama Gets Wrong about Liberalism