Editor's note: The following is a transcript of remarks delivered by Daniel Loeb at the 2020 Alexander Hamilton Award Dinner.

Thank you, Paul, for your kind words. As Churchill supposedly said: if you are not a liberal at 20, you have no heart, and if you are not a conservative at 40, you have no brain. It took me a little bit longer but Paul, thanks for helping me make this change. How fortunate I have been to have a mentor who combines the best qualities of Dick Cheney and Darth Vader.

Philanthropy, particularly the brand of activist philanthropy we do, is a team sport and a pretty-hard hitting one at that. Finding partners who are aligned with your mission is important, and you have been a true partner to me on education, campus free speech, Jewish and Israel causes, and LGBT rights, and I am grateful to be on the field with a fighter like you.

This is actually my second “Hamilton Award.” My first one was for professional achievement, which I received 30 years after graduating from Columbia College, which was nice because I never got an award for academic achievement while I was there.

But this award for philanthropy is much more important to me. It is nice to be recognized for the business you have built, but it is far more rewarding to be appreciated for giving back.

Alexander Hamilton, an orphan born in Nevis, is famous for his contributions to the Constitution and many institutions that still exist today including the US Treasury, the Central Bank, the Coast Guard, ....and a hit Musical. And let’s not forget his most important creation of all ... the New York Post. Less well-known is that he established a charity for orphans that still exists today Graham Windham, which helps close to 5000 orphans and children every year.

I believe that effective philanthropy is directly tied to personal principles. Mine include advancing individual freedom, the dispersion of power, limited government, and a belief that this kind of a system drives prosperity, innovation, upward mobility and the pursuit of happiness. I also embrace the idea that a democratic political system and a free enterprise economic system is the best way to reach these goals.

To guide my strategy as a philanthropist, I focus on two vital principles: Ability and Fairness.

In terms of ability, the table stakes are all the skills that come with a k-12 public education. The public-school system in our country has failed the children who need it most: children of color from our poorest communities. To me this is one of our greatest crises, yet most Americans feel that this is just the way it is.

I held this view until I saw Waiting for Superman a documentary about Michelle Rhee’s efforts to expand charter schools in DC and realized this failure was not due to some intractable problem but the result of a bureaucracy, bad corrupt politics, and a monopoly of adults who had organized themselves for their personal benefit at the expense of children and families.

To be clear: individual teachers are not to blame for this dysfunction. To this day, I stay in touch with my favorite English teacher from my public High School who inspired me to love literature, taught me to write, and made it fun. Teachers are some of the most selfless, underappreciated, and valuable people in this country. However, we do them a gross disservice by placing them in dysfunctional organizations.

In contrast, Charter Schools—not all, but many—are bastions of hope. The network I have supported over the years and whose board I sit on, Success Academies, has the best record in the city of standardized tests, SAT scores and college admission. As a side note, public charter schools are not a panacea but they do serve as an alternative and, in theory, should offer best practices that can be implemented in district schools.

To drive the importance of this achievement and the real tale of two cities in our secondary schools, let me share a story Chris Christie told me of a mother who wept with joy after her son got into a charter school via a lottery in New Jersey. She said this admission made the difference between her son going to college versus going to jail. I thought his account was hyperbolic when I first heard it until I learned that fully 30% of black boys who don’t graduate are incarcerated today and over 60% will be incarcerated at some point during their life.

I also try to embrace and promote the core principle of fairness. If we are to bring opportunity to those from underserved communities, we must make sure that they have not only the ability to succeed but a sense that the system is fair. Nowhere is there less fairness with more dire consequences than in how we administer justice in this country.

Interestingly, while this issue is associated with the Left and liberals, there is also a strong conservative case for reform, which is why it has become a core philanthropic issue for folks ranging from George Soros to the Koch brothers and in political circles, Republicans from Mike Lee, John Cornyn, Rick Perry and even President Trump have been supportive of reform.

If you are a conservative who believes in the rule of law and in limited government, you must feel comfortable that the criminal justice system will punish criminals, deter crime, and rehabilitate those who have broken the law when possible. But you must also see that we need a system where the punishment fits the crime and that such punishments are equitably applied across race and the socioeconomic spectrum.

I didn’t think there could be a government-run system worse than our public schools until I saw firsthand the injustices in the criminal justice system. This has prompted me to do work with organizations pursuing systematic change as well as individual cases of injustices, where I felt our voice and capital could right an unjust wrong. We support the Innocence Project, an organization that uses DNA and other scientific techniques to free the falsely accused. They have released hundreds of individuals, some on death row, and some after decades in jail and changed laws such as the ability of corrupt prosecutors to conceal exculpatory evidence as they did in West Virginia.

The individual cases I feel most passionately about are those of Bernard Noble and Michael Giles. Bernard Noble, a black man, was arrested in New Orleans for riding his bike the wrong way down a one-way street. Police found 2 grams of marijuana. For this, he was sentenced to 13 years in prison due to a few convictions he had in his early 20’s for minor drug charges. Initially, I thought a call to Bobby Jindal would get him released as he had already languished in jail for 5 years for this petty crime, leaving behind a thriving catering business and 7 children he supported. Instead, it took us two years to change the pot laws in Louisiana so that small amounts of marijuana could no longer be the basis for lengthy sentences, but even then, unfortunately, Bernard was not grandfathered in. After that we advocated with Justice Action Network to make non-violent, non-sexual offenders eligible for clemency consideration. Ultimately, after partnering with a local lawyer, he was freed after eight years.

More recently, we have taken up the cause of Michael Giles, again an African American, air force vet from a deeply patriotic military family who after being attacked by a stranger fired his own legally registered firearm to protect himself. While no one was seriously hurt, because of a mandatory minimum sentencing law and with incompetent legal counsel, Giles received a sentence of 25 years in prison. After our legal appeals were exhausted, we have worked with FAMM, Right on Crime, the DeSantis administration and others in hopes of righting this wrong as soon as possible.

These are just a few examples of the types of things we have been doing to reform our criminal justice system. Our northstar, in addition promoting fairness, has also been to make sure that at no time do we sacrifice safety which is why we have distanced ourselves from projects that don’t meet that test. We believe the reforms we have worked will reduce recidivism, promote economic growth, reduce government expenditures and make us all better for our efforts.

These stories provided some examples of our principles in action. But regarding philanthropy overall, I believe the most effective approach requires you to roll up your sleeves and engage as a builder, and sometimes as an activist. I have learned three especially important things:

1. You should measure the outcomes of your success using real metrics and think about giving as an investment and try to come up with a return on your invested capital. When possible, consider public private partnerships to leverage your giving and get the most benefit from a combination of legal advocacy and lobbying for financial support

2. Think big. Your impact can make a difference through generations. The greatest philanthropists, like the Rothschilds or Hamilton himself, not only gave to worthy causes, they built institutions that would carry on their mission. When I first got involved with Success, they had a few thousand students at 7 schools running through the 8th grade. Today they are educating 19,000 scholars K-12.

3. Find a community of like-minded people and support each other in your endeavors.

Which brings me in closing to the Manhattan Institute, which I am proud to support and be part of. I rely on MI for the deep thinking and forward-looking policy prescriptions they provide, which inform my activities. I know MI research will be based on principles we all share and will not be shaped by pressure to be PC.

MI’s work on cities has been second to none and particularly important given that for the past 6 years New York City has not been so much led ... as occupied largely by ideologues whose vision is very different from our own. This experiment in what they call progressivism, but which is actually quite regressive, has had disastrous results by almost every measure. Despite this, I remain hopeful and optimistic that the pendulum will swing back but only if we get involved in our local politics and community and put into action the ideas and policy framework laid out by MI and common sense.

So, it is with much humility that I accept this award from MI and also salute my team led by Jeff Cook-McCormac who has done all the legwork and multiplied the impact of the dollars we have spent. Mostly, I have to thank my wife Margaret, who was trained as a social worker and has always pushed me to do better and been involved in many of our endeavors.

Again, I thank Paul and MI for this award and will continue to do my best to emulate Hamilton, the OG capitalist philanthropist, and validate the recognition you have given me this evening. 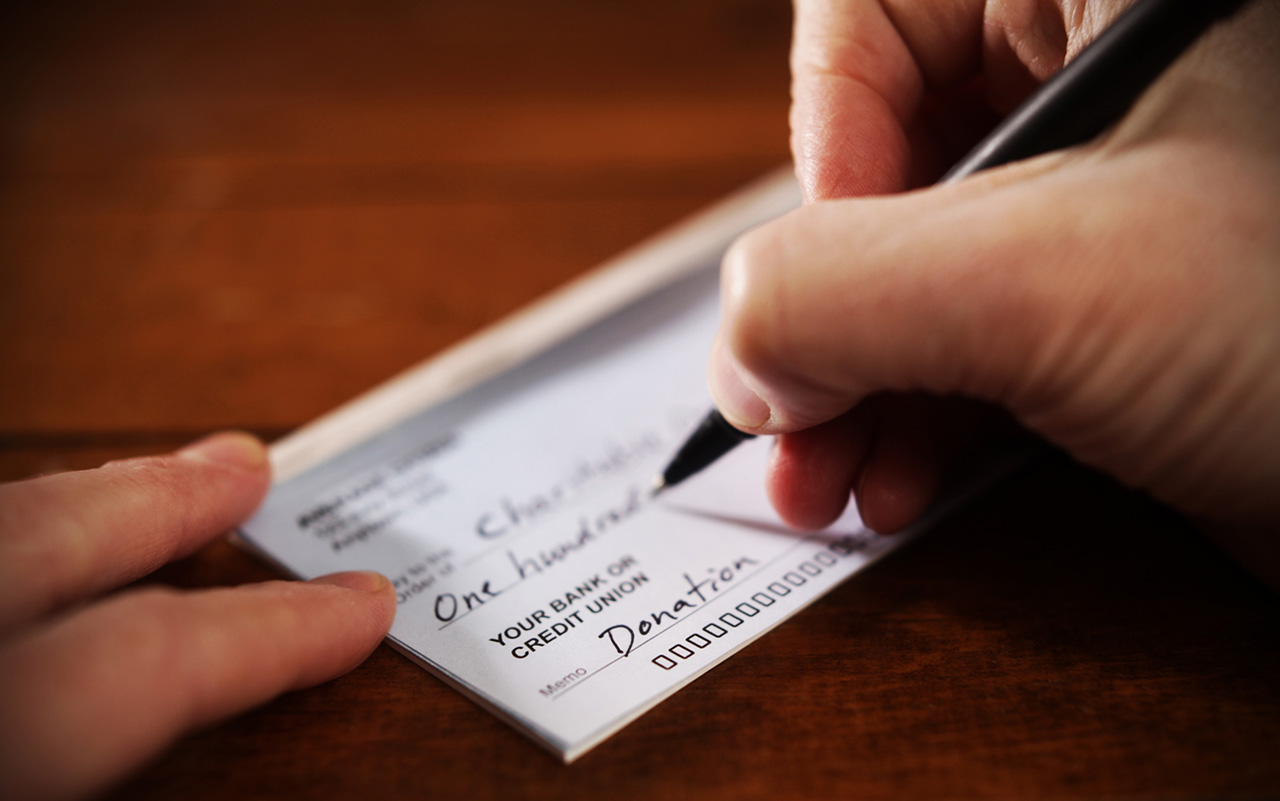