The rate of economic growth has slowed over the past two decades. Structural changes in the labor force could be to blame.

America’s economic growth appears to have sputtered in the 21st century. While America’s real gross domestic product grew at a blistering rate of 4.2% a year between 1950 and 1970, real GDP growth has increased by only 2% annually since 2000. A sense of decline infects our national mood.

But what if our apparent stagnation is illusory and reflects success more than failure? Dietrich Vollrath’s “Fully Grown: Why a Stagnant Economy Is a Sign of Success” makes a coherent and compelling argument that American productivity growth has only mildly faltered. If Mr. Vollrath is right, perhaps we should worry less about the overall level of American dynamism and more about why the median worker’s real weekly earnings rose by only 6% from 1979 to 2019.

Mr. Vollrath argues that most of our apparent slowdown reflects demographic and industrial shifts. Mid-20th-century progress led to “more education for both women and men, later marriage, and delayed childbearing.” Since “baby boomers, on average, did not have large families of their own, when they began to exit the labor force in the twenty-first century there was no way to keep up the momentum.” As “we took advantage of our success in providing goods to buy more and more services,” we moved into service industries that “have relatively low productivity growth.”

Mr. Vollrath’s most important point is that changing employment patterns explain most of America’s declining growth. This can be seen by looking at real GDP per worker. The author reminds us that in the seven decades following the 1940s, “the number of men working just about doubled, to 80 million, which roughly tracked the doubling of the US population.” But “for women, the number working was close to 70 million in 2015, four times more than in the 1940s.” Between 1970 and 2000, the share of the population that was employed increased to 49% from 39%.

Including this shift reduces the earlier growth rate substantially: When we correct for the growth in the labor force by looking at real GDP per worker instead of real GDP, we find an annual growth rate of 1.38% over the 1970 to 2000 period. Since 2000, the worker-to-population ratio has declined slightly as the population has aged and started to leave the labor force. Real GDP per worker grew by 1.29% from 2000 to 2019, which is only a modest decline from the 1.38% growth per worker experienced from 1970 to 2000.

Mr. Vollrath’s growth accounting is more complex and compelling than my simple calculations, but the end result is much the same. Two-thirds of the decline in growth rates between the second half of the 20th century and the first two decades of the 21st century can be explained by changes in the human capital embodied in our labor force. The great movement of women into the labor force created wealth that bought cars and built houses and paid for education. But that gender revolution was a one-time shock to growth. Our current apparent slowdown is better seen as the aftermath of that shock, not a massive decline in productivity growth.

Mr. Vollrath’s second explanation for declining growth is the increasing specialization in low-growth industries, some of which are services. More than one-third of American output now occurs in sectors, such as health care, that have experienced declining productivity since 2000. The author is right that spending a greater share of our national income on health care may be a sign of success, since a longer life is the ultimate luxury good, but he is less convincing in explaining why productivity growth in many industries is so slow.

He estimates that “the shift into services during the twenty-first century shaved about 0.2 percentage points off of productivity growth.” He argues that as the labor needs of the service industry are more fixed, the potential for growth is more limited. But while productivity growth in some services, like barbershops and string quartets, may be inherently limited, the number of services that require a fixed amount of labor is small too. Productivity could grow robustly in health care, hospitality and construction.

A plausible view is that America’s growth has exhausted the best opportunities in our less-regulated, more-dynamic industries, and that the open spaces for innovation remain primarily in more heavily regulated sectors. Thus land-use restrictions limit innovative builders from unleashing economies of scale. The ride-sharing industry has been a constant battle against regulatory attempts to protect insiders. Medicaid’s management of health care creates stronger incentives to provide new treatments than to cut costs. The author also notes that slowing rates of new-business formation and reduced geographic mobility have probably reduced growth. To me, these shifts seem like symptoms of a political system that overregulates new entrepreneurship and new construction, as in highly productive places like San Francisco.

Mr. Vollrath convincingly dismisses three common explanations for lower growth: inequality, increased market concentration and trade with China. As he reminds us, inequality may be good for growth, as “the very rich tend to save a greater fraction of their income than the very poor.” Moreover, some “market power is required for innovation,” because markups compensate firms for “the time and effort put into innovating in the first place.” Trade with China could have reduced American growth by moving our economy out of manufacturing into services, but Mr. Vollrath’s quantification suggests that this effect is trivial.

Yet just because the China-trade shock has a small impact on growth doesn’t mean that the shock is unimportant. Compelling research shows that exposure to the China shock lowered wages and raised joblessness. Mr. Vollrath’s important book corrects the mistaken view that American productivity growth drastically slowed after 2000, but that doesn’t mean that all is well. Median earnings have stagnated for 40 years. Prime-aged men have increasingly left the labor force. Higher growth rates may not be possible, but perhaps better education and regulation might ensure that growth flows to a larger number of Americans. 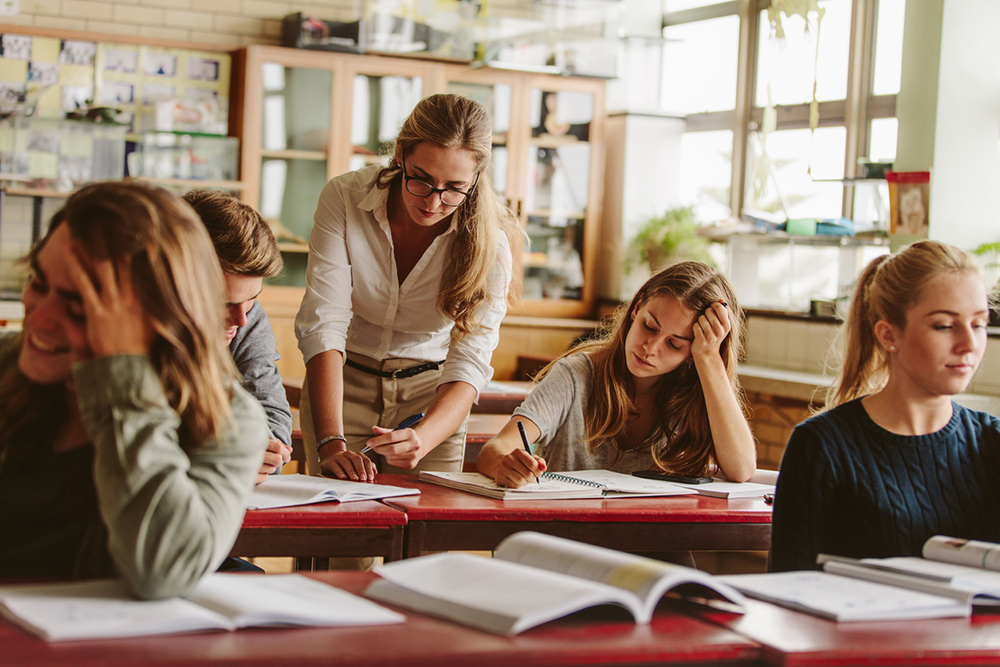 How to Talk to Millennials About Capitalism