We have a suggestion for the future of Little Rock School District (LRSD): Put Mayor Frank Scott Jr. in charge.

LRSD has been under state control since 2015 when it was taken over because of several schools' persistently low student achievement, and now many Little Rock residents and community leaders are vigorously insisting the district be returned to local control. Student achievement, however, has not improved to the level required by Arkansas Department of Education rules for local control to be restored.

Absent a return to local control, current law requires the state Board of Education to either annex, consolidate or reconstitute a public school district within five years of takeover, a deadline that is looming this January for LRSD. Due to the district's size and location, annexation or consolidation aren't viable solutions, while reconstitution is left undefined in the law.

One option the state should consider for reconstitution is putting LRSD under mayoral control. Scott, the first elected African American mayor of Little Rock, cares deeply about education and has the potential to unite the community in a way that other options do not. Mayoral control would allow him, and future mayors, to coordinate resources to better serve Little Rock's families and would restore local control and accountability for results.

Putting the mayor in charge of a school district is not a new idea. Districts in Boston, Chicago, Baltimore, Cleveland, Philadelphia, New York City, and Washington, D.C., are all currently under the supervision of their mayors. Mayoral control has been implemented in a variety of ways, but it generally means that the mayor appoints, and can remove, members of the school board.

Proponents of mayoral control point to the power of sustained, aligned leadership and the benefits of a single point of accountability. Challenges in education are generally entwined with entrenched poverty, and solutions will likely require investment across multiple dimensions. Mayors are better situated than independent elected school boards to marshal public resources, coordinate with other agencies that support children and their families, and to link issues of schooling to those of community economic development. In addition, mayors are highly accountable to the city's voters, making them more likely to be responsive to the community's needs.

Brown University professor Kenneth Wong and colleagues found improved academic performance in districts under mayoral control. In their 2007 report, the researchers examined scores from large urban districts that participate in the National Assessment of Educational Progress Trial Urban District Assessment (TUDA). Initiated in 2002, TUDA is an extension of the National Assessment of Educational Progress (NAEP), given to a sample of fourth- and eighth-graders throughout the country biannually to measure achievement in reading and math.

While not evidence of a causal relationship, the researchers found that districts under mayoral control achieved greater learning gains than those under the control of locally elected school boards. More recent results reflect continued improvement in mayorally controlled districts.

For example, students in Boston, which has been under mayoral control for nearly 30 years, are demonstrating stunning improvements. Since 2003, the first year TUDA was available, Boston's students have made double-digit proficiency rate gains in both math and reading.

In comparison, Arkansas' NAEP proficiency growth has been modest, increasing by an average of 4.5 percentage points over the same period across both grades and subjects. LRSD is too small to participate in TUDA, so we can't compare Little Rock performance directly, but district achievement on state assessments is below the state average.

Mayoral control, of course, is not a panacea. School districts are complex systems, and district governance has an indirect impact on what teachers do in their classrooms, so putting the mayor in charge doesn't guarantee improvement. This is why Baltimore and Cleveland have seen only minor improvements since adopting the reform.

Mayoral control does, however, have a better track record than state takeovers, which tend to inflame political divides and result in unproductive tensions between the state and the local community. Mayoral control, on the other hand, has the potential to bring the community together to focus on the kids.

This piece originally appeared at the Arkansas Democrat-Gazette

Josh B. McGee is a senior fellow at the Manhattan Institute and a research professor at the University of Arkansas. Follow him on Twitter here.

Sarah McKenzie is executive director of the Office for Education Policy (OEP) at the University of Arkansas.

The Texas Pension Review Board: A Model for Nationwide Reform 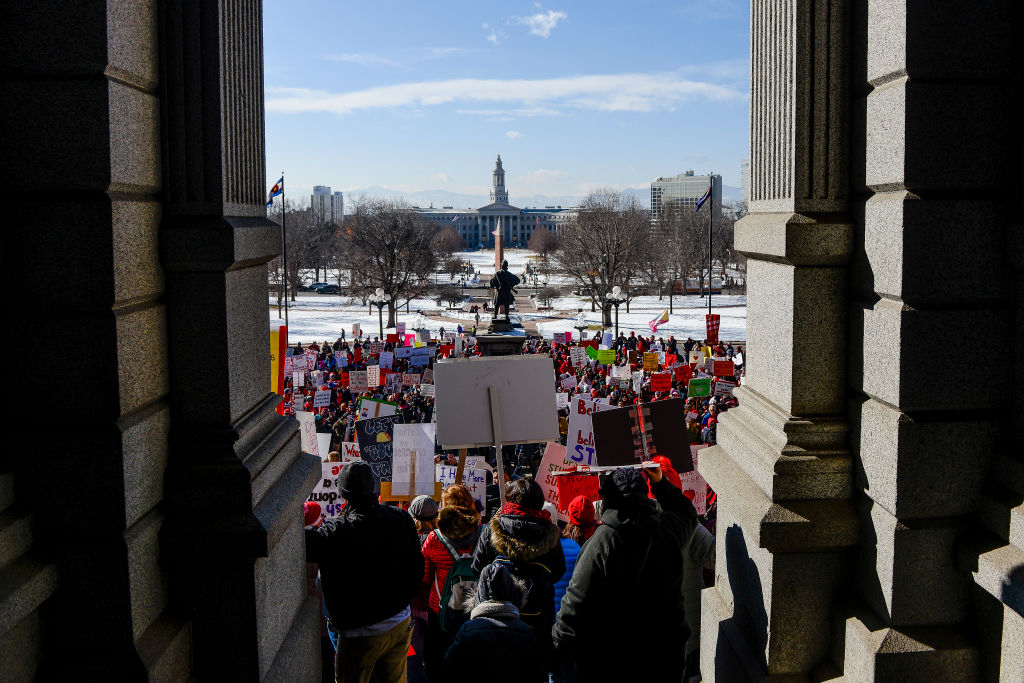 How to Avert a Public-Pension Crisis