Fixing Up Vacant Lots Could Reduce Crime in St. Louis

Crime and place are tightly coupled. Just 5% of St. Louis city blocks account for over half of all reported violent crime. Many large cities see similar patterns, a fact that criminologists refer to as the “law of crime concentration.” When we think about crime, we should really think about place — and how seemingly small changes in these high-crime blocks can improve safety and quality of life for residents.

Abandoned homes and vacant lots are common in high-crime city blocks. Empty homes foster crime by providing hideouts for criminal activities, such as drug dens. But beyond their four walls, they also spread fear, discouraging residents from walking down the street, socializing with neighbors — and emboldening criminals with the sense that the streets are theirs to control. This can spread from block-to-block, as disorder fosters the spread of fear.

Economic development strategies have limited effects on crime and poverty, especially if they aim to simultaneously preserve neighborhoods for existing residents. A growing body of scientific evidence, however, suggests that cities can reduce crime substantially by remediating vacant lots and abandoned homes on high-crime city blocks.

Earlier this year, Twitter CEO Jack Dorsey invested in a pilot program to take just this approach to St. Louis. His new nonprofit, the St. Louis Blight Authority, is working alongside the mayor’s office to tackle blighted and vacant land across St. Louis. Research suggests that this investment could pay substantial dividends in the form of decreased crime in St. Louis if the pilot program is expanded to the highest crime blocks in the city.

In one study I conducted with my research partner in Philadelphia, we found that enforcement of the city ordinance that required working windows and doors on abandoned houses reduced assaults overall by 20% and gun assaults by 39%. Extrapolating out from these findings, we would expect that there were 490 fewer crimes per month simply as a result of compliance with the ordinance. In another study, we found that cleaning and “greening” vacant lots led to a 29% reduction in gun assaults in high poverty crime hotspots and a 7% to 9% reduction in shootings.

From the perspective of a resident of one of these high-crime blocks, this is a big difference. In both studies, we found that crime didn’t simply shift to nearby neighborhoods, suggesting that entire communities can benefit. Our calculations also show that investing $1 in remediating vacant lots and fixing up abandoned houses in the first year generates $5 per abandoned building and $26 per vacant lot in benefits to taxpayers from reductions in gun violence.

The benefits of remediating vacant lots and abandoned homes more than pay for themselves, and don’t require large-scale taxpayer investment. Rather, they require partnerships between landscape workers, contractors, and municipal organizations to quickly and efficiently clean up blighted blocks. Given how concentrated crime is in St. Louis, this means that strategic planning around the most blighted blocks could have wide-reaching benefits.

This would mean cleaning up vacant lots and remediating abandoned homes, either by tearing them down or sealing and cleaning them up, ensuring that they have working doors, windows and roofs. Imagine if St. Louis targeted the 100 city blocks that are responsible for 50% of all serious crime in the past decade. Addressing blight on these blocks alone could translate into as much as a 10% to 15% reduction in crime for the entire city. Changing places is often easier than changing people.

We know enough to move beyond waiting for things to happen. Dorsey’s investment is a great first step. St. Louis should continue working to develop partnerships with local contractors, community groups, and residents to launch blight-remediation interventions in their most problematic city blocks. Once they find what works, they should expand that model across the city to spread the benefits far and wide.

This piece originally appeared at the  St. Louis Post-Dispatch

John M. MacDonald is professor of criminology and sociology at the University of Pennsylvania. He is the co-author of a recent Manhattan Institute report, Cleaning Up Vacant Lots Can Curb Urban Crime (part of our Urban Policy Series 2019). 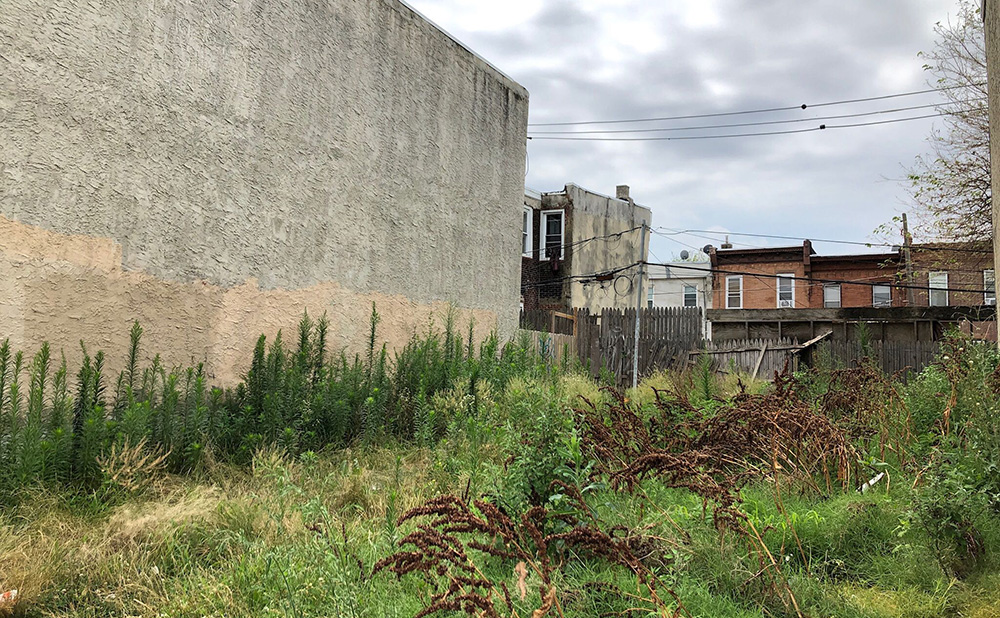