The most successful philanthropists not only give to worthy causes, they build institutions.

The coronavirus pandemic has increased the need for effective philanthropy. But it isn’t enough to give. One must work at giving, search for and support causes and organizations that address structural problems, advance social progress, and transform people’s lives.

Philanthropy can do these things, but only when promoting fairness and supporting innate ability. We can most effectively drive prosperity, innovation, upward mobility and the pursuit of happiness by advancing individual freedom in a free-enterprise system—but only if we offer a level playing field to all.

No one can expect to maximize a child’s potential without first granting that child access to a rigorous K-12 public education. Yet the American public-school system has failed the children who need it most and whose abilities are squandered as a result. While many Americans agree that this is one of our country’s greatest crises, solutions can seem overwhelming and impracticable.

Why the despair? Because over many years, the public school system has given priority to the interests of the adults who created it at the expense of children, families and society. The system is largely uninterested in reform. Individual teachers aren’t to blame. Teachers are some of the most selfless, underappreciated and valuable people in this country, which makes it even more odious that we place them in broken organizations and ask them to do so much with so little support.

By contrast, the best public charter schools educate children from all backgrounds effectively. While charters aren’t a panacea, they offer best practices that can be implemented in district schools.

The real tale of two cities in our secondary schools was encapsulated in a story that former New Jersey Gov. Chris Christie told me about a mother who wept with joy after her son got into a charter school via lottery. She said it made the difference between college and prison for her son. I thought that was hyperbole until I learned about incarceration rates for young black young men who don’t graduate from high school. In 2010, according to a Pew Charitable Trust report, 37% of African-American men without a high school diploma or GED were behind bars. A 2014 Brookings report noted that there is “nearly a 70 percent chance that an African American man without a high school diploma will be imprisoned by his mid-thirties.”

If we want to bring opportunity to those in underserved communities, we must make sure that they are equipped to succeed in a system that is equitable. Nowhere is there less fairness, with more dire consequences, than in how we administer justice in this country.

If you are a conservative who believes in the rule of law and limited government, you must feel comfortable that the justice system will punish the guilty, deter crime and rehabilitate those who have broken the law when possible. But you must also see that we need a system where punishment is appropriate, proportionate and fairly applied across race and the socioeconomic spectrum.

Getting to know people who have experienced firsthand the cruelty of our broken criminal-justice system led me to work with teams of attorneys and advocates to pursue appeals of unfair sentences in Louisiana and Florida. I also work with organizations engaged in systemic reform. I am confident the policies we have pursued—such as incentivizing and improving rehabilitation, reforming mandatory minimum sentences, expanding opportunities for mercy, and treating children appropriately within the system—will reduce recidivism, promote economic growth, lower government expenditures and make us all better for our efforts.

Effective philanthropy requires rolling up your sleeves and engaging as a builder, and sometimes as a public activist, to call attention to injustices. I strive to measure outcomes using real metrics and think about giving as an investment that should provide a return. Public-private partnerships can provide leverage to giving and impact.

It’s also important to think big. Successful philanthropy can change someone’s present but also many more people’s futures. The greatest philanthropists not only give to worthy causes, they build institutions. When I got involved with Success Academies, a charter-school network, they had a few thousand students at seven schools running through the eighth grade. Today they educate 19,000 scholars through 12th grade with a 100% college acceptance rate.

It’s easy to get discouraged. The tide of reform has receded in cities like New York, which for the past seven years has been run by ideologues who don’t welcome different approaches, look down on public-private partnerships, govern only for the sake of their base, and whose vision is very different from my own. I am optimistic that the tide will turn as we emerge from the pandemic if philanthropists consciously direct investments toward organizations that reflect our values and demonstrate measurable returns.

Mr. Loeb is CEO of Third Point LLC, an alternative asset management firm. This is adapted from his speech accepting the Manhattan Institute’s Alexander Hamilton Award, which he will deliver Oct. 20. 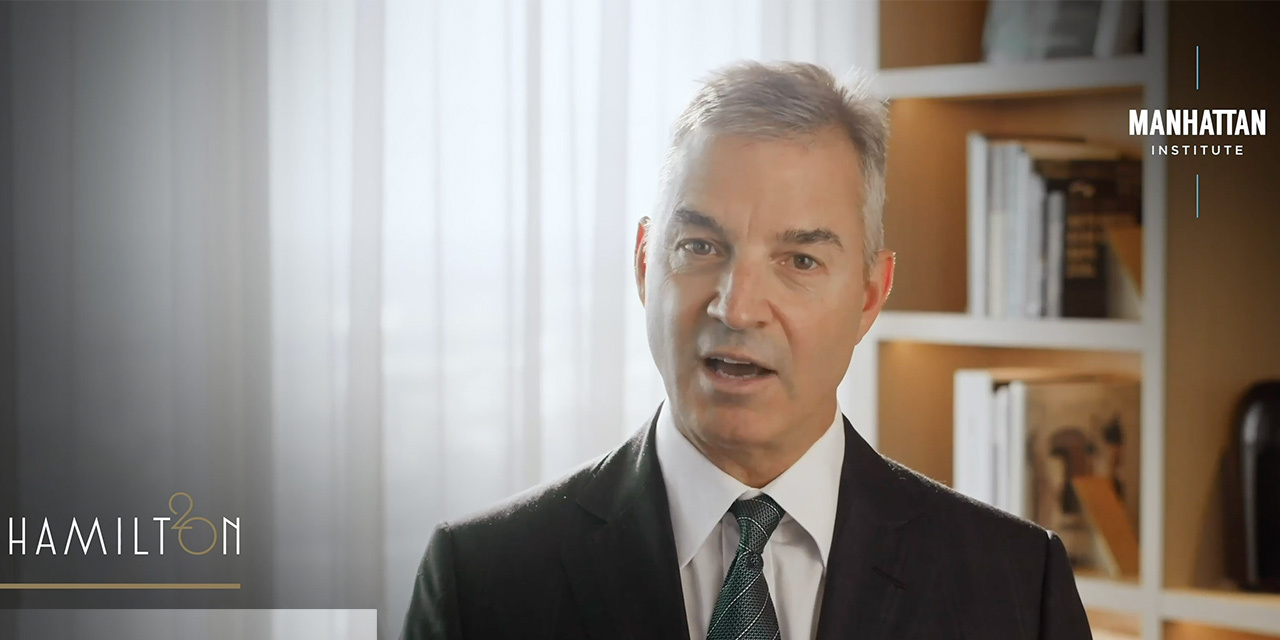