Americans’ confidence in higher education is sinking fast, at least according to an August Pew poll. It turns out that “only half of American adults think colleges and universities are having a positive effect on the way things are going in the country these days. About four-in-ten (38%) say they are having a negative impact — up from 26% in 2012.”

There are plenty of reasons for this development, but one is surely a failure of strong leadership. We used to have college presidents who stayed on the job for a long time and had a clear idea of what the academic mission of a school is and how they wanted to shape it over the long term. Now it is hard to find qualified people who want to do this job, even with the exorbitant salaries we pay them.

That shouldn’t be surprising, considering how dramatically we’ve changed the role of the job — for the worse. The college presidency is no longer a role to be filled by the visionary scholar but instead by the glorified fundraiser or the woke bureaucrat. The result seems to be a declining (in number and quality) supply of candidates. And it does not bode well for the future of higher education.

Last year, for instance, the University of Minnesota drew only 60 candidates in its search for a new president. That’s compared with 150 who applied in 2010. Rita Bornstein, president emeritus of Rollins College in Florida and an expert on higher education leadership, told the Minneapolis Star Tribune that this was a small pool for that kind of institution, and that others, such as the University of Central Florida, have also seen this happen. “It could be the atmosphere right now: It’s much more toxic than it used to be,” she said. “People are not looking at that job as being as glamorous as it used to be.”

It’s not the money. The Chronicle of Higher Education recently updated its list of college president salaries with the latest data from 2018. The numbers, as always, seem eye-popping. It’s not just that the head of a large well-regarded institution like the University of Texas makes $2.6 million. It’s that even presidents of lesser-known, smaller schools like Colorado State University at Fort Collins make over a million dollars a year. And that doesn’t even account for the private school salaries. The president of the Savannah College of Art and Design is pulling in more than $2 million a year, and the University of Puget Sound's president gets $1.3 million. It’s common today to see college presidents make five or 10 times more than the salaries of senior professors at their institutions.

There are several reasons that account for the extravagant salaries colleges and universities are paying their leaders. Last year, the departing chancellor of the University of Texas claimed that being a college president is “the toughest job in the nation.” That may be an exaggeration, but there is little doubt that the job has grown exponentially more difficult in recent decades. According to a 2017 survey by the American Council on Education, the average tenure for college leaders was 6.5 years, down from 8.5 years a decade ago. It seems the people who want to be college presidents are often the people who already were college presidents somewhere else already. According to the 2017 American College President Survey, “a quarter of presidents in 2016 had previously served as a college president.”

A president of a major college or university must satisfy a host of conflicting constituencies, many of which did not exist on campus three or four decades ago. In addition to their boards (and legislators who are watching public universities), there is a long list of donors and potential donors; a class of administrators angling for money, special centers for more power; faculty who want more money, less time in the classroom, and are engaged in a struggle with administrators over who runs the university; students who demand an ever-woker campus and their parents who want their sons and daughters protected from any harm, perceived or real.

The legal issues that presidents must concern themselves with have also expanded. As the president of Harvard joked last year, “I looked at my watch and I said, ‘It’s four o’clock and I haven’t been sued yet, but the courthouse is still open for another hour.'” Civil rights lawsuits against schools and universities doubled between 2013 and 2017. Sexual assault complaints nearly tripled from 2005 to 2015, according to the National Center for Education Statistics, and the resulting Title IX complaints have skyrocketed.

And it’s not just the institution they have to worry about. Former Michigan State University President Lou Anna Simon has been charged with two felony and two misdemeanor counts for allegedly lying to police during their investigation of sexual abuse allegations against Larry Nassar. Former Penn State President Graham Spanier was sentenced to two months in jail for his role in covering up the sexual abuse scandal there. A federal judge later overturned that conviction.

And this doesn’t even cover the kind of shaming that comes from people who have nothing to do with the university at all. When someone points out that there is a statue of a slaveowner on campus or that the English department has decided to drop all the white male authors from the curriculum, the president will have to manage the fallout in the press and now on social media.

The job of college president was not always so fraught. During the early part of the century, really until the 1960s, college presidents often stayed around for 20 or 25 years, shaping their institutions along the way. Mostly, they were recruited from inside the academic world. According to a survey from the American Council on Education, in 2016, 18.8% of presidents had never been a faculty member, down from 30.4% in 2011. College presidents used to be not just fundraisers but academic empire builders.

There’s a long list of such figures: Andrew Dickson White at Cornell; David Starr Jordan at Stanford; Charles William Eliot at Harvard; James Angell at Michigan; John Hannah at Michigan State; Gordon Sproul at California, Berkeley; Nicholas Murray Butler at Columbia; Ernest Martin Hopkins and John Sloan Dickey at Dartmouth; Charles Van Hise at Wisconsin; James McCosh at Princeton; William Rainey Harper and Robert Maynard Hutchins at the University of Chicago; and a few others. They were academic visionaries and held long tenure — Eliot was president of Harvard for 40 years. They had a clear understanding of what a graduate of these institutions should know, and it was within their power to fulfill that responsibility.

Today that would be impossible. Along with shorter tenures, according to the American College President Survey, “the average age of presidents was 63, and 11 percent of presidents were 71 or older.” These are not people who are building a legacy. They are just biding their time until retirement.

The building of academic empires ended in the 1960s as political and ideological issues entered campus life in new and destabilizing ways. Presidents who rose to the top through academic channels now had to deal with extra-academic issues that few knew how to address. In addition to violent demonstrations over civil rights and the war in Vietnam, presidents faced demands for new courses and curricula, more diverse and representative faculties, and interventions by federal judges and regulators into decisions to hire or fire faculty.

The groups pressing these new causes — feminists, environmentalists, civil rights activists — sought to reform the campus to make it more hospitable to their political goals. Over many decades, they succeeded in supplanting old style academics with leaders sympathetic to their expanding claims. Today, the only academics who can hope to become college presidents are those who pass muster with the advocacy groups, limiting the pool of capable executives and driving many of them out of academe altogether.

Then there’s the fundraising challenge. College presidents now have to raise money to support their burgeoning empires. Those with academic interests have been driven from the field, leaving it to those who groomed themselves as administrators from early in their careers, many of whom circulate from one college to another as they move up the ladder.

The president of a major college and university today is unlikely to be the bookish professor steeped in the ideals of the academy, but the modern manager skilled in raising funds, placating advocacy groups on campus and off, and tending to his or her own career. It is hard to imagine that these leaders would have the time, let alone the inclination, to set forth any kind of grand academic vision for their school. And given their short tenures and the professional risks they face, why should today’s college presidents bother to stand up against any assault on the university from any of its various constituencies?

We don’t need to throw a pity party for the folks who decide to lead colleges and universities today. But if you want to know why it seems like the job, even with such high salaries, is not attracting better candidates, or any kind of long-term commitment, these changes are a good place to start.

This piece originally appeared at the Washington Examiner (paywall) 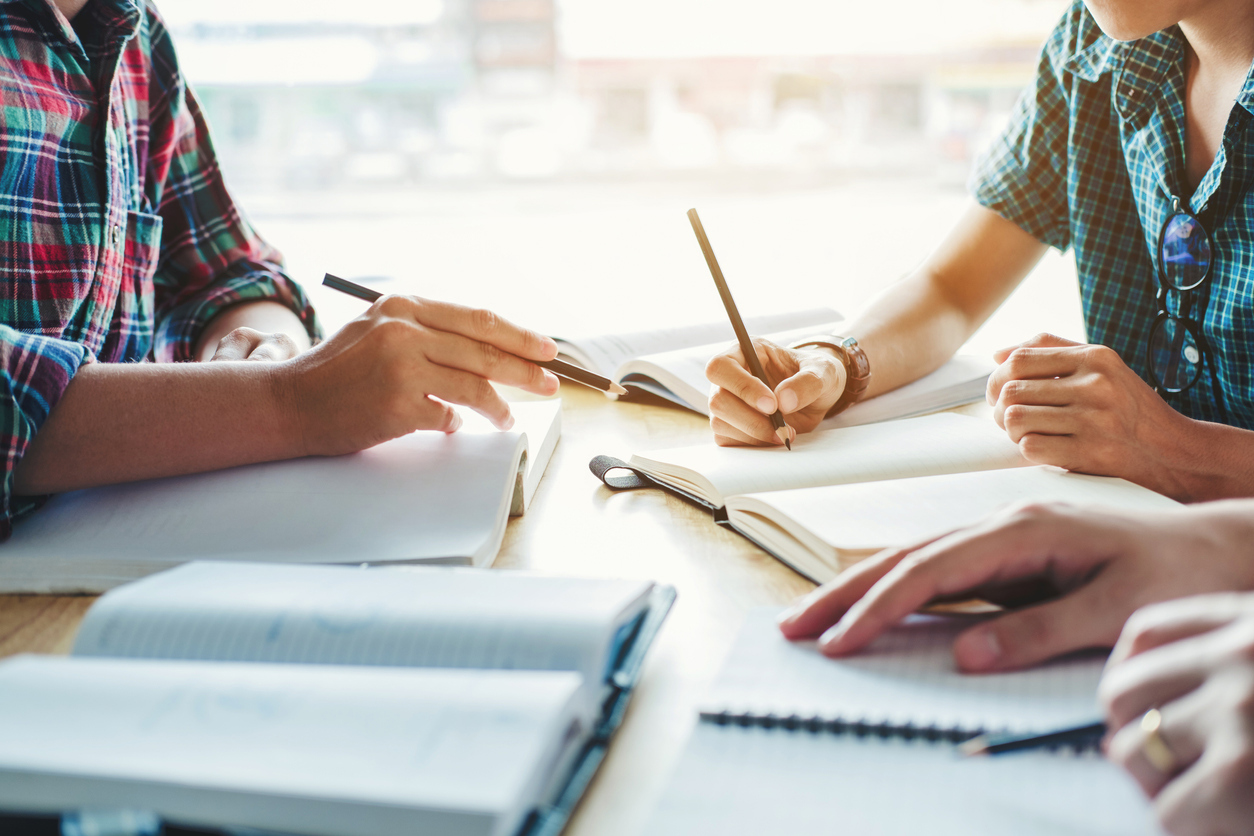 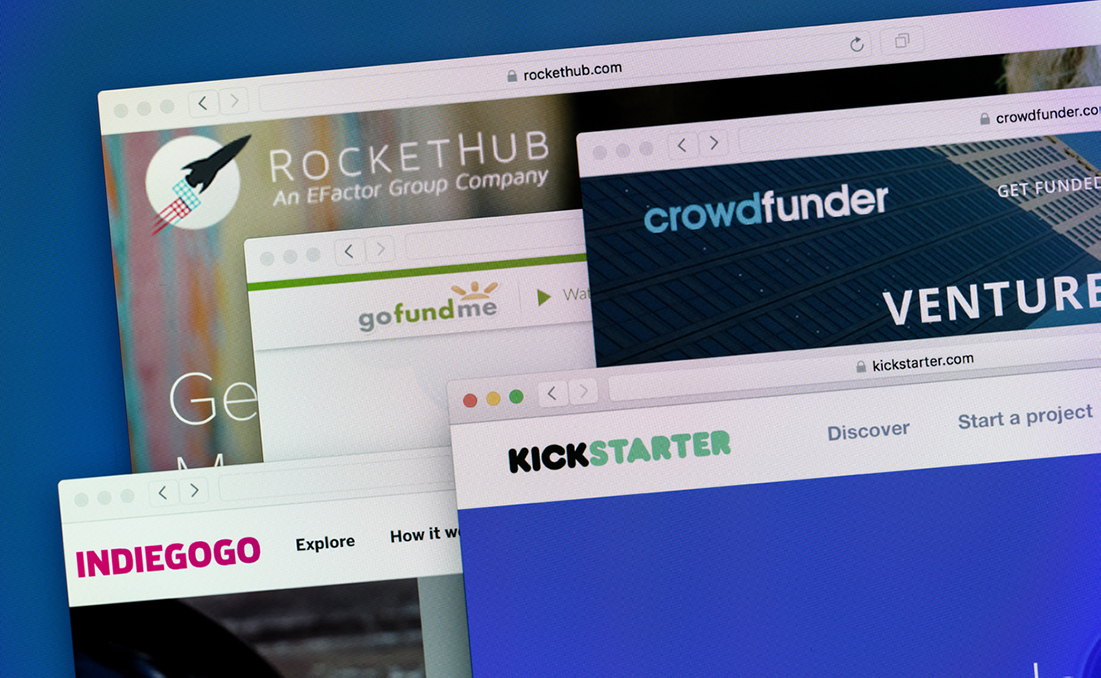 Private Giving like GoFundMe Shows America at Its Best. Why Criticize Generosity?