Will Trump be able to sustain this new kinder, gentler, more chastened version of himself?

President Trump’s hospitalization Friday with the deadly coronavirus could dramatically affect his political future, and even his policies, if history is any guide.

Usually, Americans have rallied around an ailing leader. But in this most divided of countries led by the most divisive president in modern times, universal empathy has not been forthcoming.

Most Democratic politicians have had the good sense to respond sympathetically to Trump’s illness. Democratic presidential nominee Joe Biden immediately suspended negative advertisements about Trump, a gesture the Trump campaign has yet to reciprocate, and publicly wished his rival a speedy recovery.

Some analysts have not been as charitable; and reaction on social media has sometimes been brutal. One ostensible journalist, former Obama and Hillary Clinton staffer Zara Rahim, even tweeted her hope that Trump would die of the illness, candor she subsequently regretted and deleted.

Democrats are obviously hoping that the president’s medical misfortune is their political gain.

For one thing, it has put Trump’s campaign on hold –though no one knows for how long.

Second, it has not only ceded to Biden the political battleground in swing states like Florida, where the candidate campaigned on Monday, it has also made Biden, hardly the most articulate of candidates, appear both empathetic and “presidential.”

Unlike Trump, Biden has outlined a coherent federal strategy to contain the virus until a vaccine and anti-viral treatments are effective and tested.

Above all, his illness highlights Trump’s major political vulnerability – the widespread belief that Trump has egregiously mishandled the greatest public health threat to the nation and its economy since the 1918 Spanish flu pandemic.

A new Wall Street Journal/NBC poll among registered voters shows Biden with a 14-point lead over Trump as opposed to the 8 point advantage he enjoyed last month — 53% to 39%. The survey was conducted two days after his disastrous debate with Biden, but before news broke — by Trump in a post-midnight tweet, of course — that he and wife Melania had tested positive for the virus.

While reaction to his illness is still fluid, an ABC poll released Sunday found that nearly three out of four Americans doubt that Trump took the threat posed to his health seriously enough or took appropriate steps to protect himself.

Critics have plenty of evidence. For 8 months, Trump has belittled the virus’s virulence and those who wear masks, ignored social distancing guidelines from the CDC at mass rallies, contradicted his own scientists, and endorsed drugs and treatments derided by the Food and Drug Administration as yet to be fully tested.

There were also revelations this summer from journalist and author Bob Woodward that Trump had told him that he knew how deadly the virus was by February, but hadn’t told the American people, ostensibly to avoid “panicking” people.

Then the unpredictable occurred – an unlikely domestic “October surprise,” though not one that most analysts envisioned. Since falling ill with coronavirus, Trump has been doing what he knows best – trying to boost ratings by remaining the story of the day. He has turned his illness into yet another gripping episode of the reality presidential TV show in which he stars.

It would be a mistake to underestimate Trump’s Teflonian capacity to deflect his lies, mistakes and the utter chaos of his administration by getting Americans to focus on an alternative story – case in point, the narrative of immigrants as rapists and murderers, building a wall, and now his personal battle against the deadly COVID-19.

The virus, paradoxically, has given him a chance to portray himself as a victor, a Trumpian version of Bill Clinton and Ronald Reagan’s  “come back kid.”

Trump, in fact, has dominated the news since becoming infected, though we still don’t know precisely when.

The conflicting messages sent by his doctors and the White House staff have kept journalists struggling to report accurately on Trump’s condition.

White House chief of staff Mark Meadows built tension by saying, initially on background and later on the record, that Trump’s vital signs had been very “concerning” when he checked into the hospital, and that the next few days would be “critical” in determining whether Trump was on a “clear path to a total recovery,” even as Trump’s doctors were saying that the president was doing well and might even be released soon.

Republican supporters like Florida Rep. Matt Gaetz argued that Trump’s infection showed that since anyone, even a president with access to the world’s best health care, could be infected, Trump was right to criticize the economic lockdowns that have paralyzed much of the economy.

Trump, for his part, has changed his tone since the debate and his illness. Gone was the unhinged, invective spewing bully, interrupting the anchor and Biden over 135 times. “Going well, I think!” he wrote in his first hospital tweet. “Thank you to all. LOVE!!!”

In a four-minute video from the hospital Saturday night, Trump lavished praise on the hospital staff and thanked all who had wished him well. The bi-partisan “outpouring of love” was a “beautiful thing to see,” something that he “will never forget,” he said.

He could have stayed sequestered in the White House rather than go to Walter Reed, he added, but he had to be “out front,” trying to “make America great again.”

On day 3 of his hospitalization, Trump, seeking to convey strength, left Walter Reed for an outing to wave to his fans from a black van. “It’s been a very interesting journey,” Trump said in a Twitter video. “I learned a lot about COVID… And I get it. And I understand it.”

Will Trump be able to sustain this new kinder, gentler, more chastened version of himself? Will the voting public buy it if he does? Or will it decide not to renew the president’s show for another four-year season? 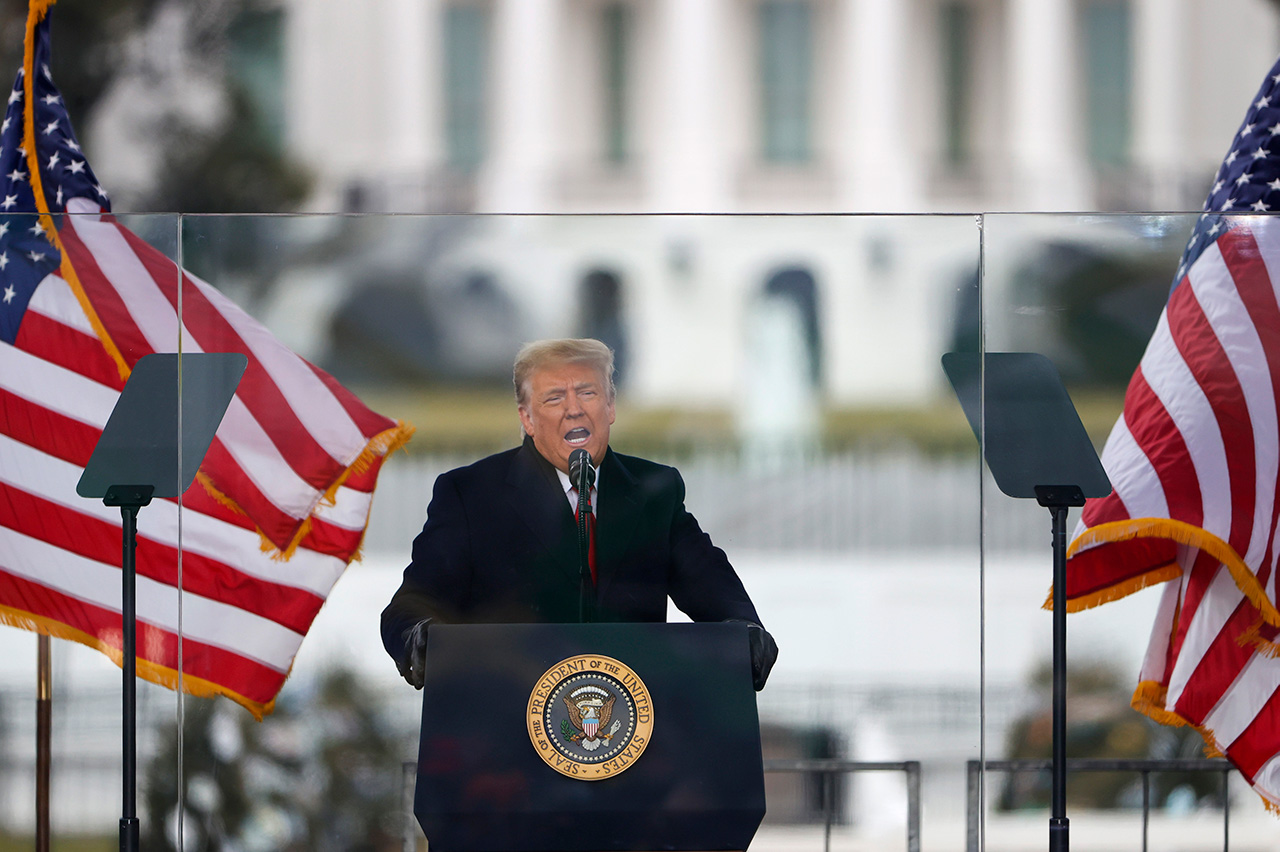 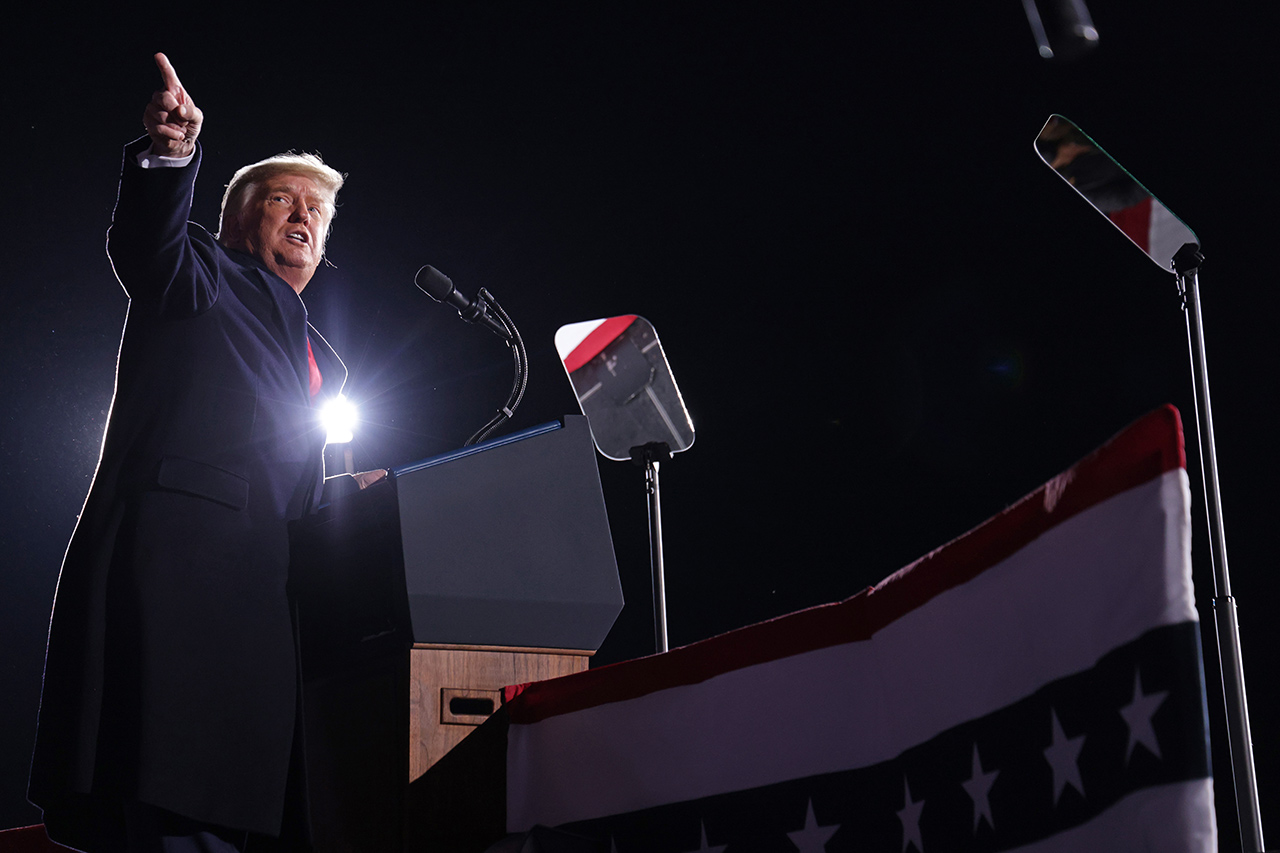 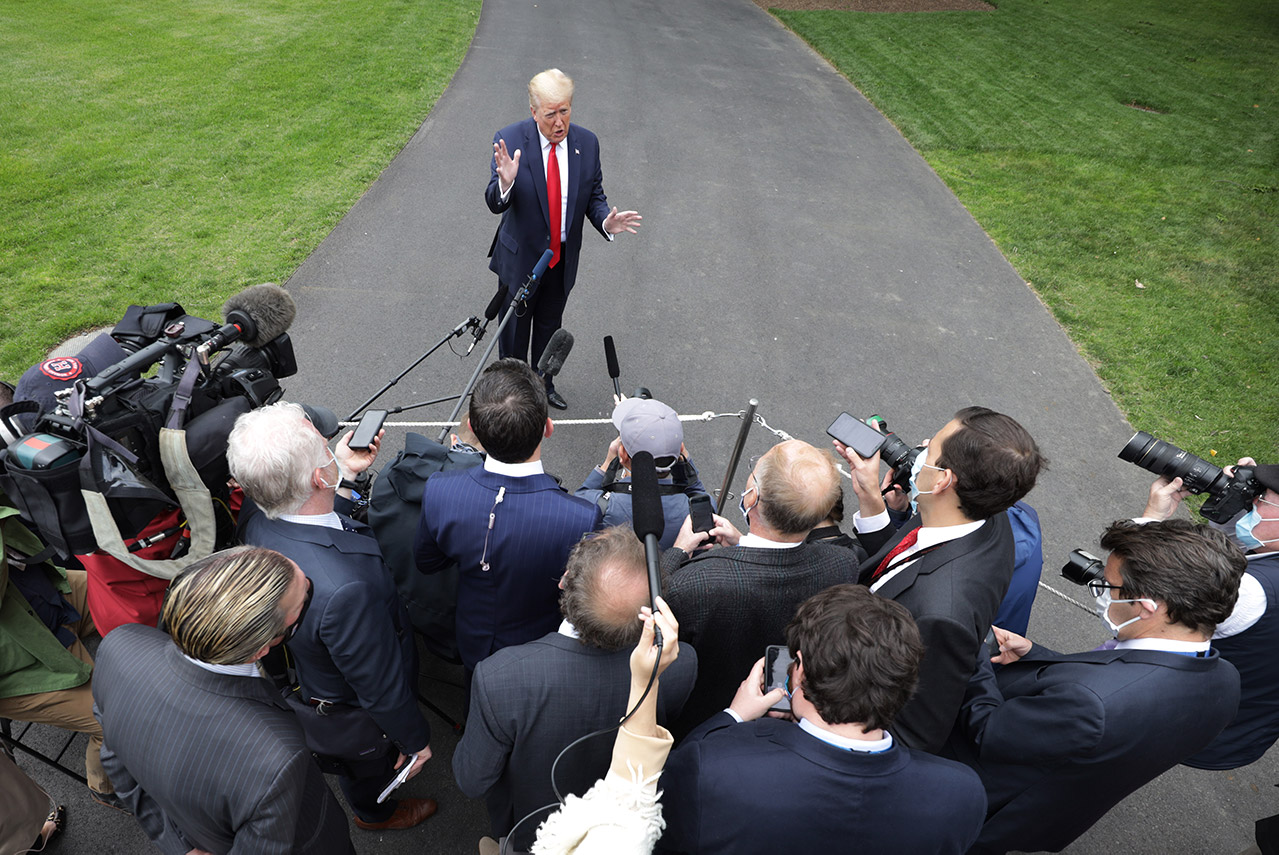 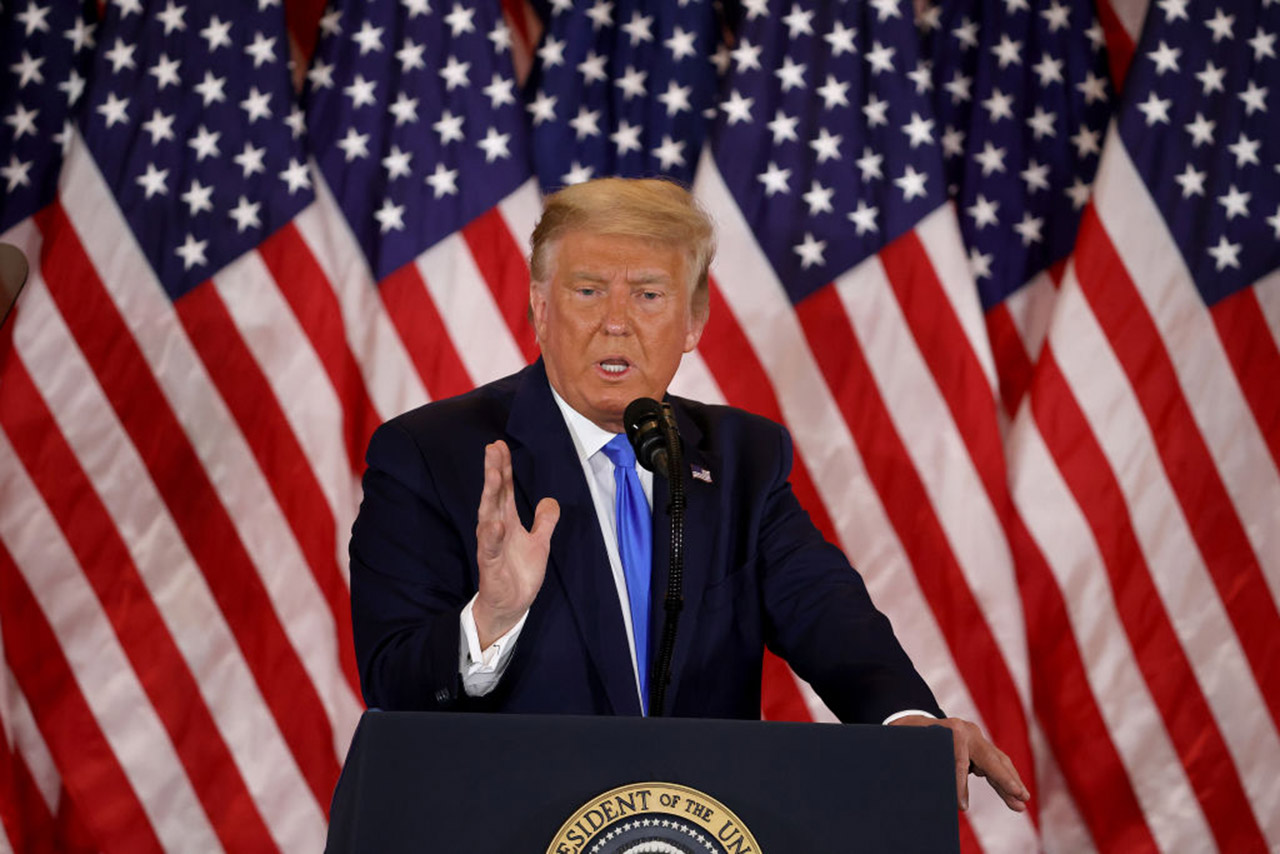